Skanssi is the most modern and welcoming shopping mall four kilometres away from the centre of Turku.

The Skanssi shopping mall is the first European shopping mall to have two LEED certifications for environment friendly and energy efficient building. The first one was awarded during construction in 2010, and the Gold certification now received was awarded for solutions carried out during operation. For instance, the carbon footprint of Skanssi is mentioned to have decreased by 65 per cent and energy consumption by 17 per cent. Moreover, the amount of dumped waste has been halved.

Skanssi had the Taloustutkimus market research company carry out a wide-ranging customer research in November 2013. The results indicated that 98 per cent of customers were satisfied or fully satisfied with the especially good service. The customers were also particularly pleased with easy dealings, parking arrangements, cleanliness and cosiness… Actions aiming to increase environment friendliness and energy efficiency were continued last year. Skanssi was the first Finnish shopping mall to use solar panels for producing energy for its own consumption. The solar power plant installed on its roof is the fifth largest in Finland. The panels produce annually as much energy as is needed for the neon lights of the shopping mall.

The beehives installed on the roof of the Skanssi shopping mall in May have produced about 60 kilos of honey. We are the first Finnish shopping mall to have beehives on the roof. Beekeeping is well suited to our ecological operation, says Liisa Nikkanen, managing director of Skanssi.

The project for the Skanssi district centre started after a design-build competition organised by the City of Turku in 2003. In order to improve the service structure of the new Skanssi neighbourhood that was being detail planned and simultaneously of the whole eastern city, a block area had been reserved in the component master plan for urban centre functions situated along good transport routes and near new workplace areas.

Our winning entry of the two-stage competition proposed interlocking residential blocks of small-scale volumes and a district centre anchored at the foot of a hill (Skanssinmäki) at the northern side of the area. In the middle of these, a network of green zones with playing fields, water motifs and parks links the blocks together.

The actual design phase was preceded by a period of brainstorming, when the concept was appraised together with experts of diverse fields open-mindedly and looking towards the future. We wanted to get a grip of how consumer habits are developing. We envisaged forms of dwelling, service distribution and commercial activities that the district centre could at best offer and a new residential area, where a finished, integrated community structure awaits its residents.

The objective was to achieve interesting and varied architecture with human scale. Multiform volumes, broken facade surfaces and a rich use of colours and materials create diversified vistas. The green plants were chosen hoping that they would awake remembrances of the orchards once cultivated in the area. The indoor and outdoor spaces of the district centre intertwine by means of outdoor-like interior piazzas bordered by tables and chairs of cafes and restaurants and continuing through large glass walls.

The shopping corridors are interrupted by a sequence of multiform, diverse and well-lit interior courtyards. Daylight comes in through steel- structured glass roofs, whose triangular panes reflect shadow patterns on the walls on sunny days. They were designed as mesh structures without strongly three-dimensional supports. 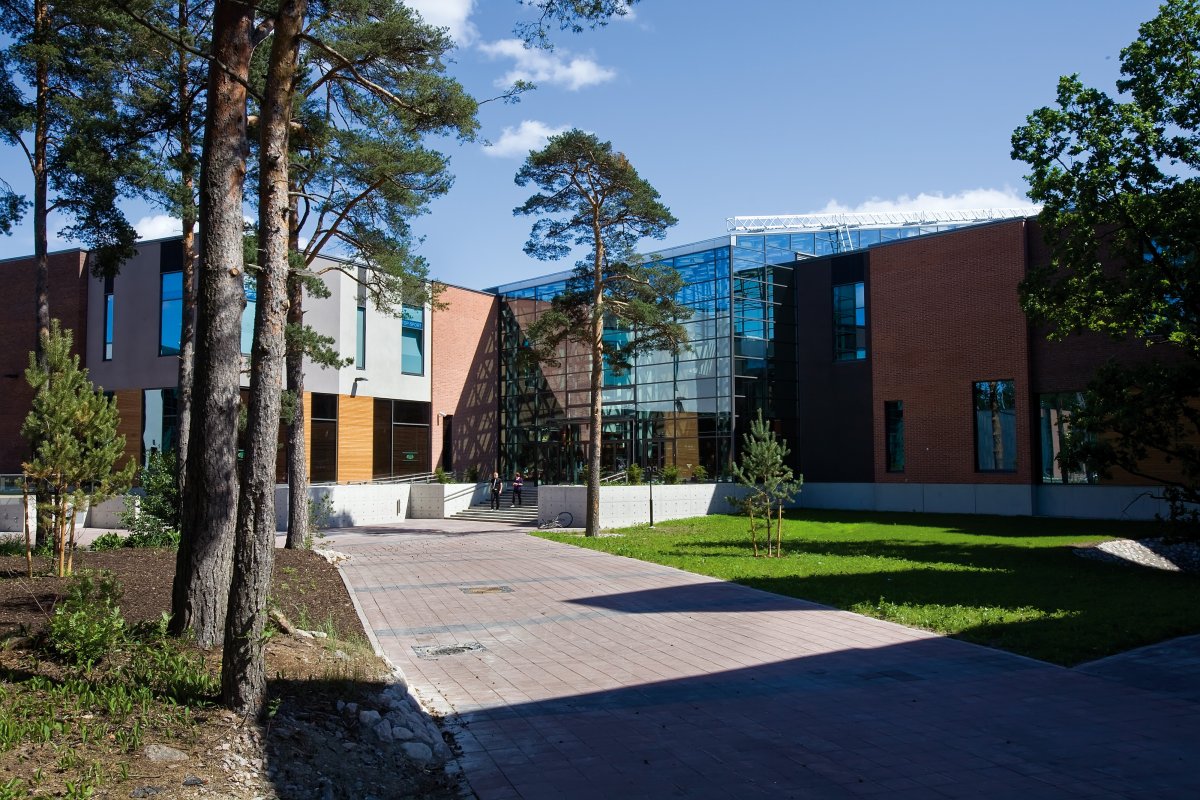 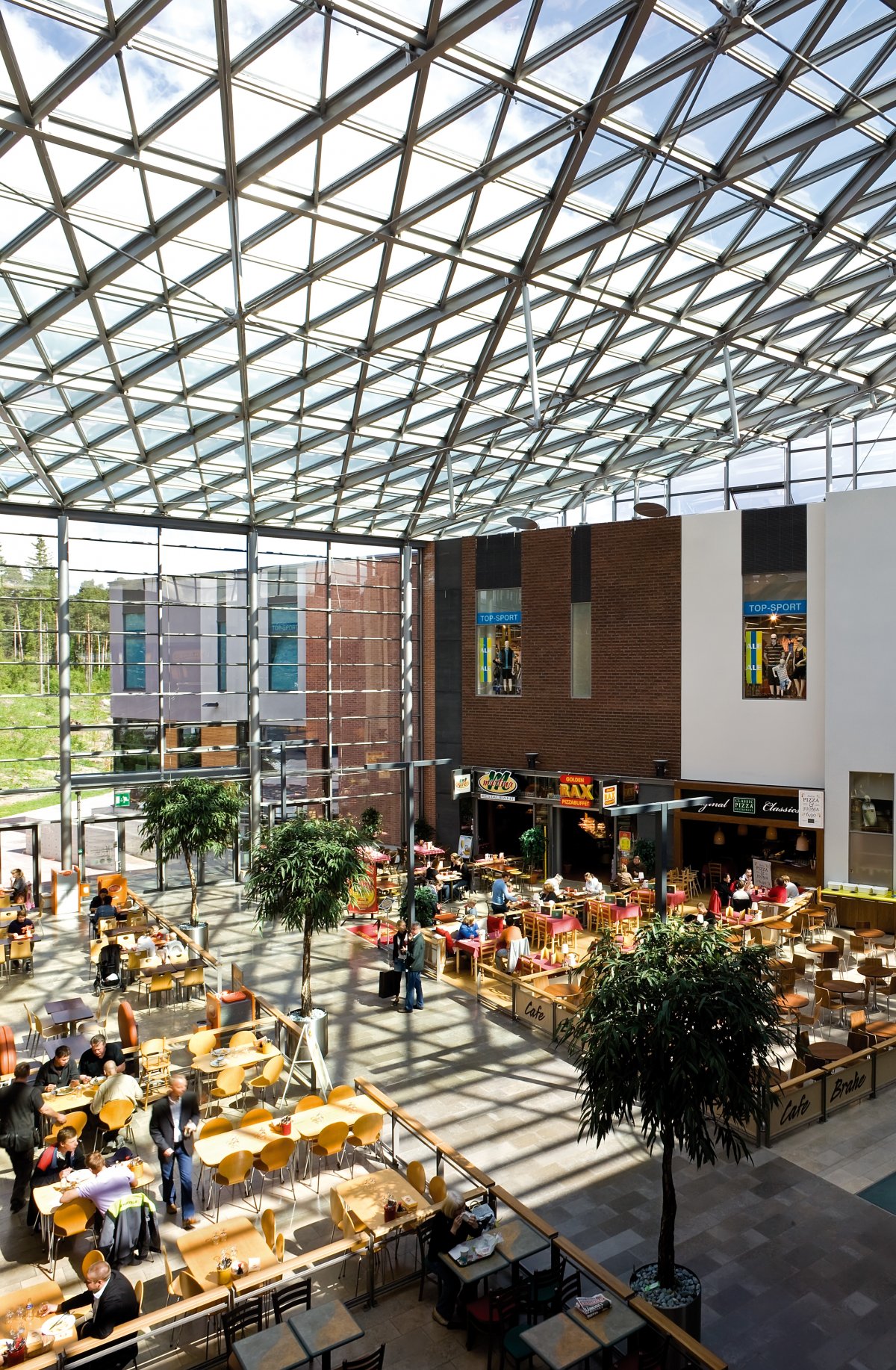