An urban heart was built in Espoo’s Leppävaara.

Facades of patinated copper plates with asymmetrical fenestration allude to books and musical notes, and contrast with the steel- and granite-faced store fronts… Prefabrication, lightweight cladding that was easy to install, and inventive use of inexpensive materials contributed to the success of these buildings.

Leppävaara is one of the five regional centres of the City of Espoo. Built in the core of the area in three phases, Sello combines and interlaces the functions of a traditional city centre: cultural services, shopping, dwelling and workplaces. Sello is part of the surrounding urban structure and at the same time its focus. With the adjoining public transport terminals, it is also the hub of a wide sphere of influence that extends over the city boundaries.

Leppävaara has a long history of urban development. Thanks to the railway stop dating back to the turn of the 20h century, a villa community began to be built there according to a parcelling plan devised by Lars Sonck. It was the first urban settlement in Espoo. In the 1970s, Leppävaara became known for the first hypermarket of the Helsinki Metropolitan Area. Named Maxi, it was demolished to give way to the second phase of Sello; 95% of the discarded materials could be reused.

In relation to the surrounding traffic routes, Sello is situated in a shallow valley. While observing the building heights of the environment, its form stands out in the cityscape: the design is small-scale on the south side, which looks towards a residential area; on the other hand, seen from the railway and the Kehä 1 ring road it is large-scale and well perceptible from a distance.

The cultural functions were lifted to the uppermost level of the centre. A sequence of squares was designed in the middle of the public buildings to serve as a communal hangout area. This Viaporintori square level is also the main level of the shopping mall. Glass-covered gallery passages and interior piazzas connect the squares located on different levels and the public transport terminal together. “Sello is being built as a church hill of today”, said project manager Matti Karlsson as the second phase of the centre was about to be completed. (HS 4th September 2004)

Another remarkable urban square, Ratsutori, is situated at the northern end of Alberganesplanadi street. It consists of two levels: one at the entrance to Sello and one around a water basin on street level. The two levels are connected by a ceremonial stair descending gently towards the south, also suitable for programmatic activity. The brook running through Leppävaara, Monikonpuro, was channelled to canals and basins built along Leppävaarankatu street.

The Leppävaara Library in Espoo had over 800,000 visitors during its first year. Loans numbered over 1.3 million… As long as it has existed, it has been the largest library of Finland, as counted by loans.

The present-day library is a meeting point of people and information. Meeting must be easy and people must be able to feel comfortable. The lobby area of the Leppävaara Library and the Viaporintori square have been joined together visually by opening gigantic zones of glass wall between them. The high glass walls are stiffened by meshlike tension rod trusses of steel, which in turn are supported by bridges of composite construction that run across the lobbies. The bridges in the central lobby are supported on their inner sides by three-storey-high, slender steel frame stanchions, and their other sides are suspended from the steel beams of the roof with vertical tension rods.

The interiors of the library have a light, airy look with balustrades and partition walls of glass and steel. The large steel trusses stiffening the frame also serve as architectural elements.

In terms of function, the building is split in two longitudinally. The part facing the square contains open public areas, sections for children and youth as well as business premises, while the streetside part houses a more peaceful music section with studio and a section of fiction for adults. The first floor contains reading rooms, workrooms, meeting rooms and a section of scientific literature. The high central lobby and exhibition area as well as the glass-covered light shaft of the youth section connect the two floors together.

The works of art placed in the library lend it an air of a cultural living room to be enjoyed by the employees as well as the visitors, who number over a million a year.

Our assessment in this phase is the following: the hall is excellent. We can hear each other extremely clearly.

Located next to the library, the music house contains the Sello Concert Hall as its central space. The “Arabian night blue” hall was designed as a high-quality concert hall for acoustic chamber music, but it can be adapted for performances of dance, theatre and opera as well as electronic music. It also serves as a music recording studio. The hall seats an audience of 400. Entrance to the concert hall is from the Viaporintori square, but the foyer faces the street and continues to a terrace looking towards the west.

The basis of the hall is a simple rectangular space. Its character – formed by lit recesses on the walls, vertical shelves in the centre part of the walls, “acoustic sails” in the top part of the walls, “acoustic clouds” above the stage, obliquely stepped walls on the sides of the stage, tilted rear wall and side parts, a wooden relief on the rear wall – developed in close collaboration with an acoustician. The location of the hall presented exceptionally strict sound insulation requirements because of background noise. The solution was to float the hall separately from the rest of the building frame, following the principle of a room within a room.

The music centre also accommodates the Juvenalia Music Institute, to which the concert hall provides a unique place of practice and performance. Juvenalia has 13 classrooms, a music playschool classroom, an AV classroom and an examination classroom also serving as a small concert hall.

The music centre and library are in connection through a bridge of steel and glass. The music collections of the library also serve the music institute.

Together, the library and the music auditorium provide a vibrant heart for the regional centre. The library is easily visited on shopping trips or when returning from work and changing from the train to a bus or one’s own car. The students of the school of music will ensure that the music building is teeming with life not only on concert evenings.

Sello is built as a modern church hill.

The service centre contains 160 shops and 20 restaurants. It has a spacious, transparent and lively atmosphere with wide views opening to different directions both through large areas of glass roof and across high spaces that connect the floors. The selection of interior materials was based on durability and high quality; the colour palette is warm but the shades are not too dark.

Lighting is mainly indirect. The LED lights at the foot of travelators change colour and illuminate the patterns of the glass balustrades. The seating sets of the shopping mall consist of modern classics, the colours varying by set.

The entertainment centre complements the cultural and other services of the district centre. Sello Rex houses six cinemas with lobbies on the two uppermost floors, restaurants with outdoor terraces on the level of the square, and a bowling alley and grocery shop on the street level.

The lowest two above-ground floors of the Sellonkulma building, housing business premises, cover the plot area almost completely. On the second floor, the building mass withdraws to the eastern and southern sides of the plot in L shape, forming a courtyard at the western side on the roof of the business premises. The second floor houses a chapel for children and an in-house laundry in addition to flats. The five floors above these contain flats, the total number of which is 73: six three-room flats, 55 two-room flats and 12 studios. The facades are clad with brick red terracotta boards. 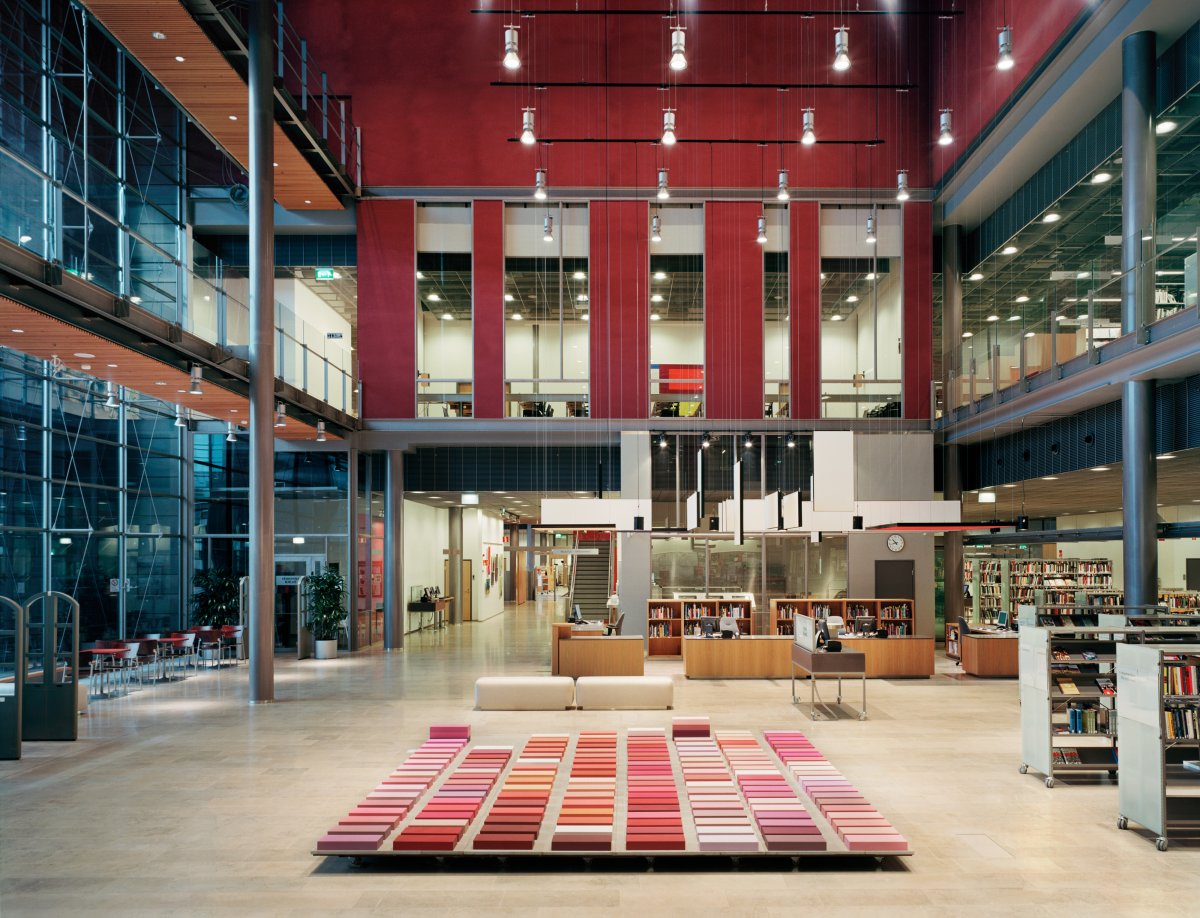 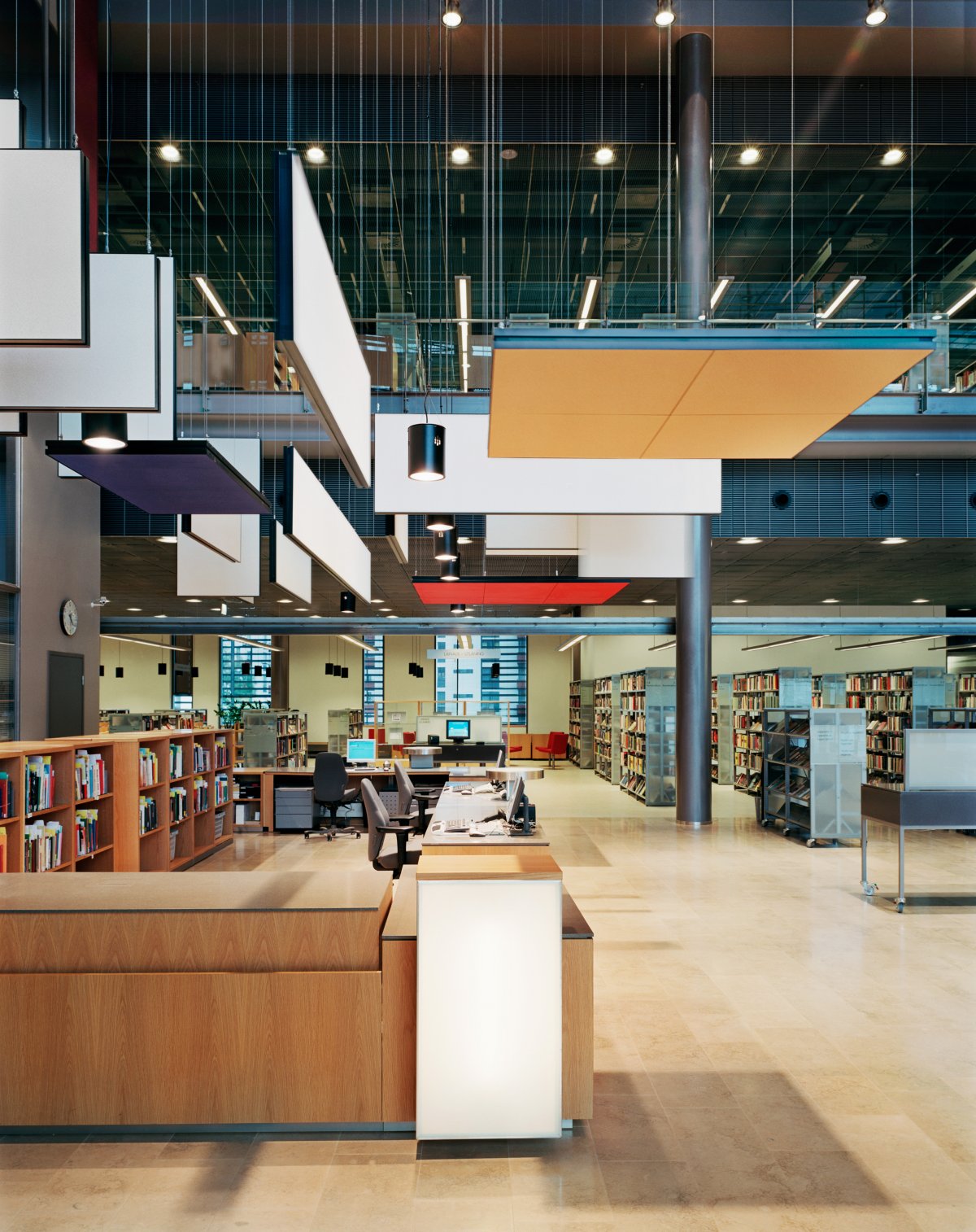 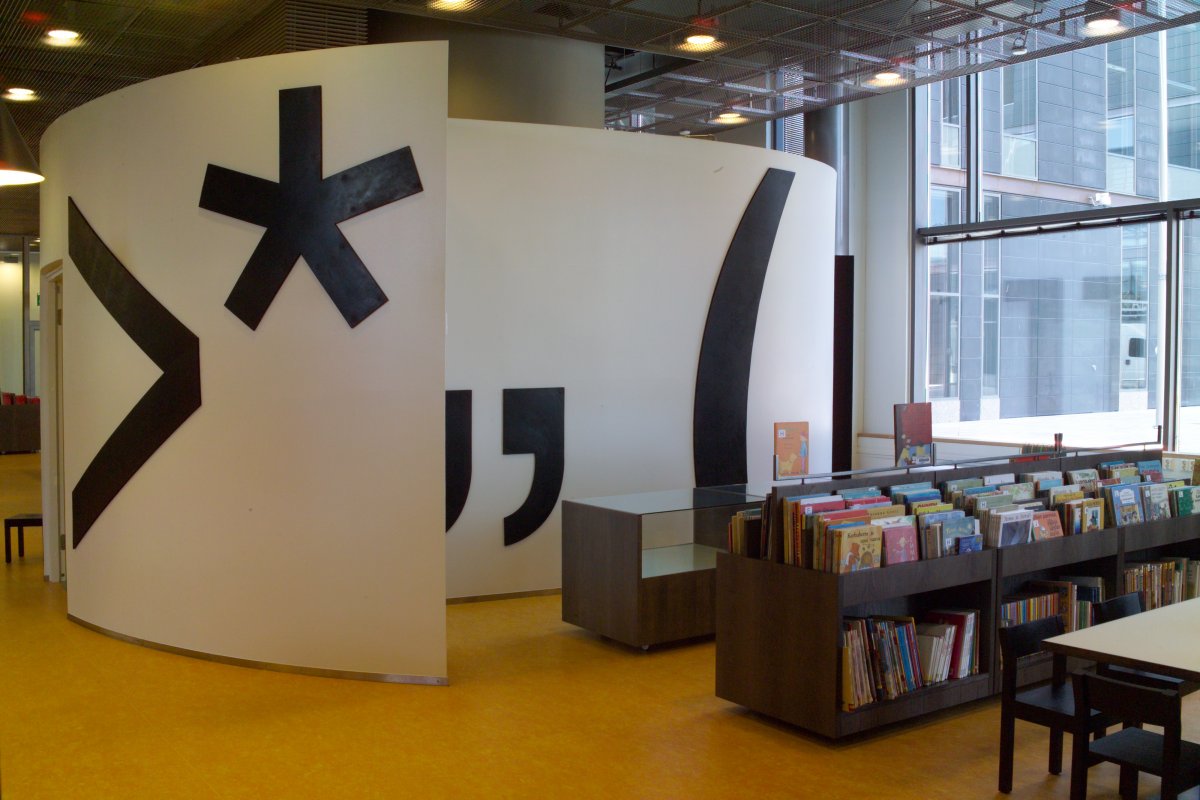 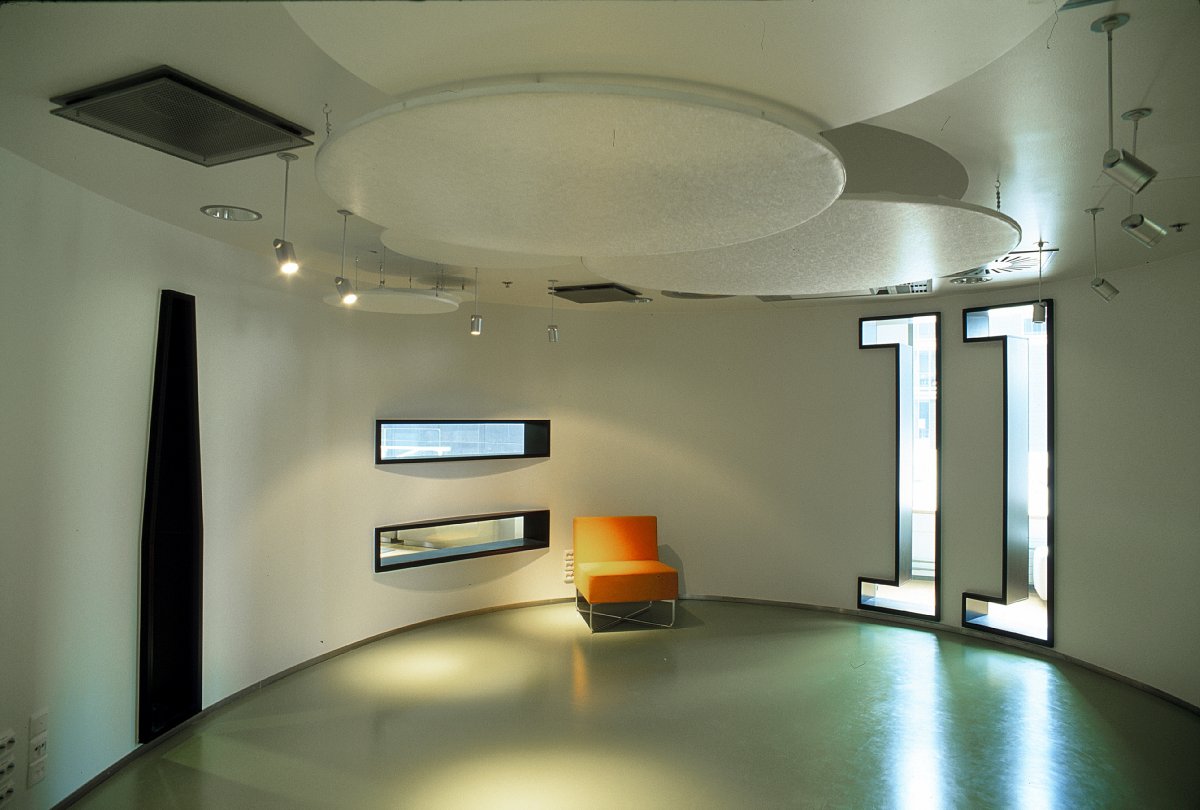 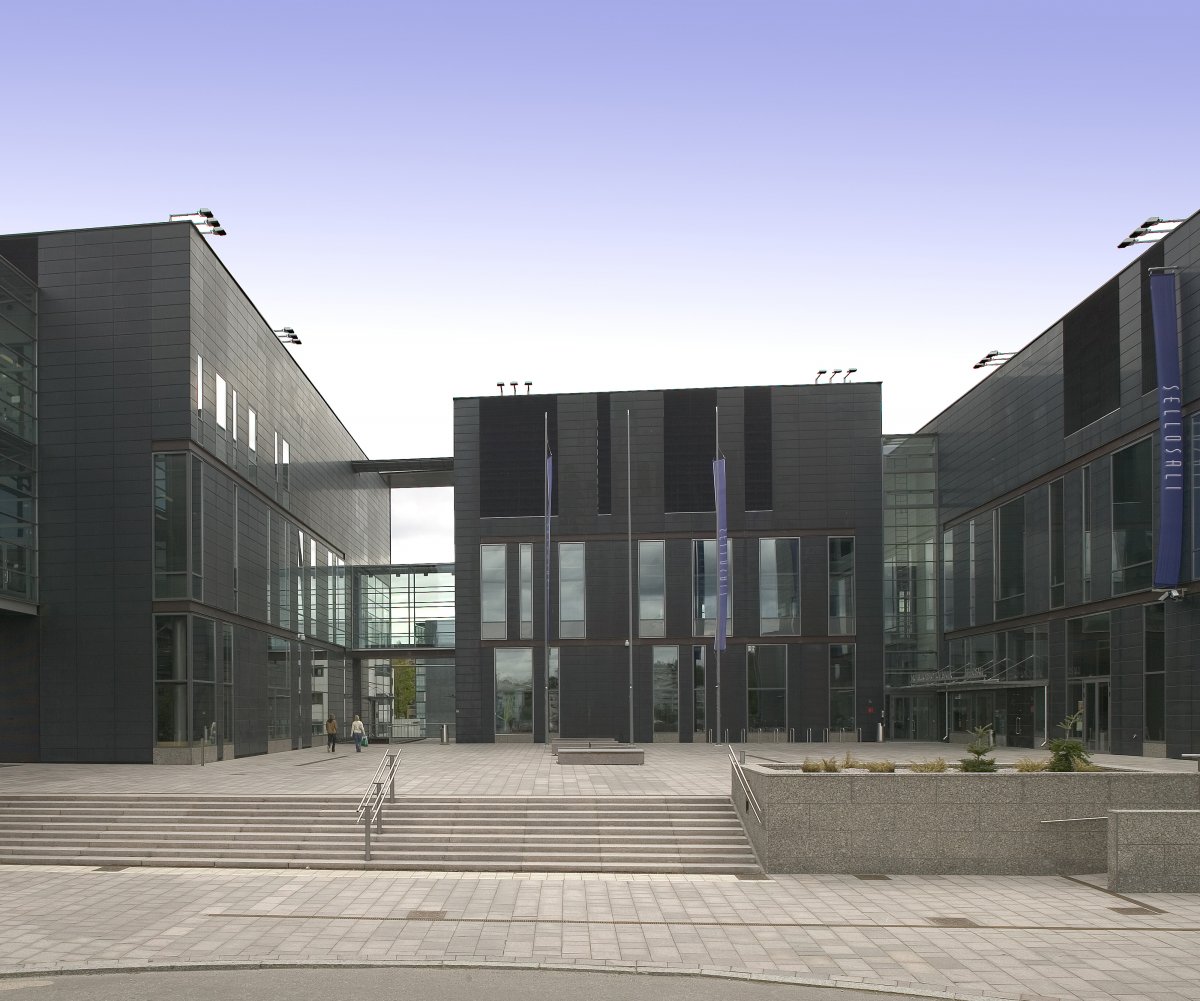 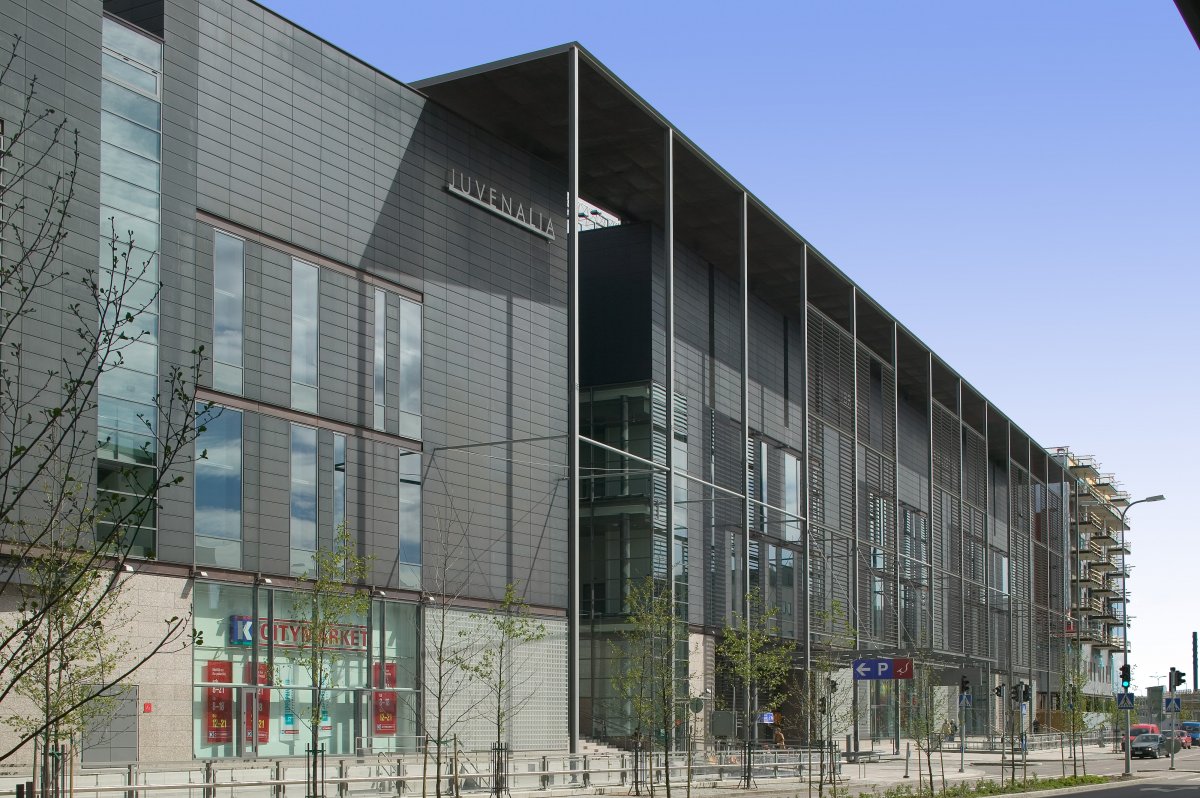 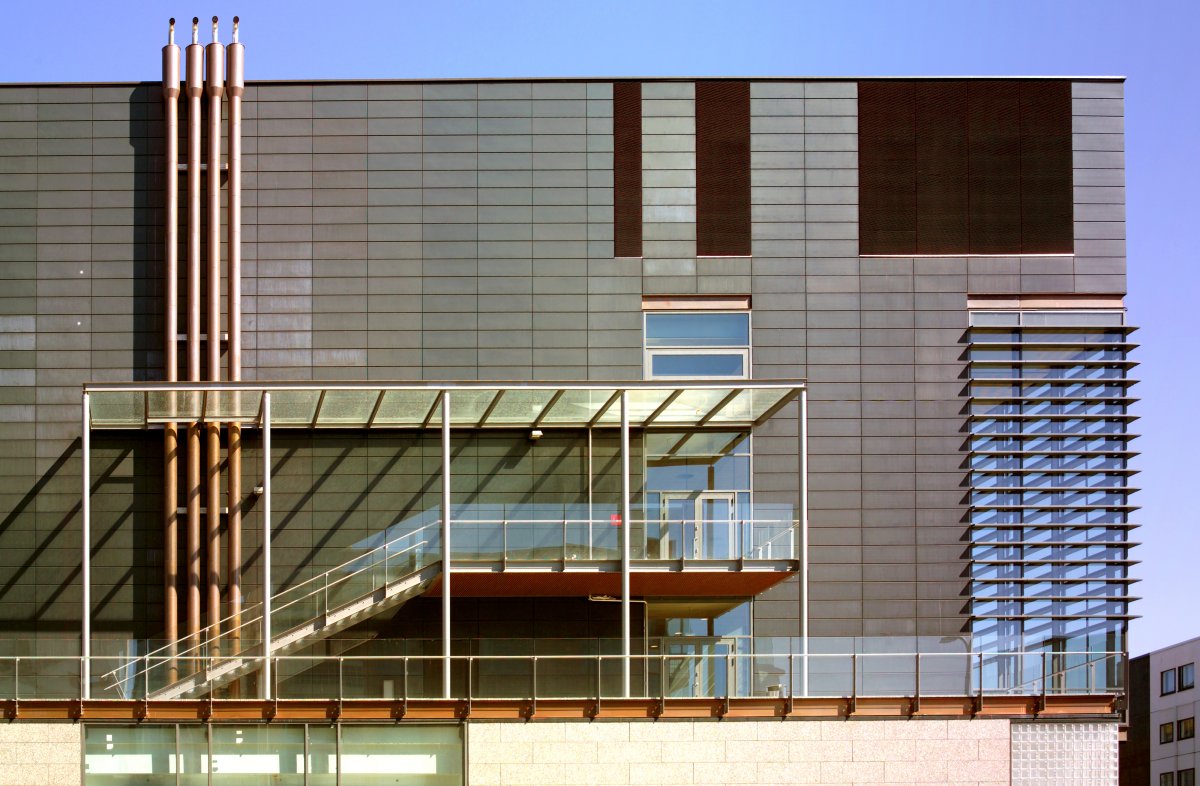 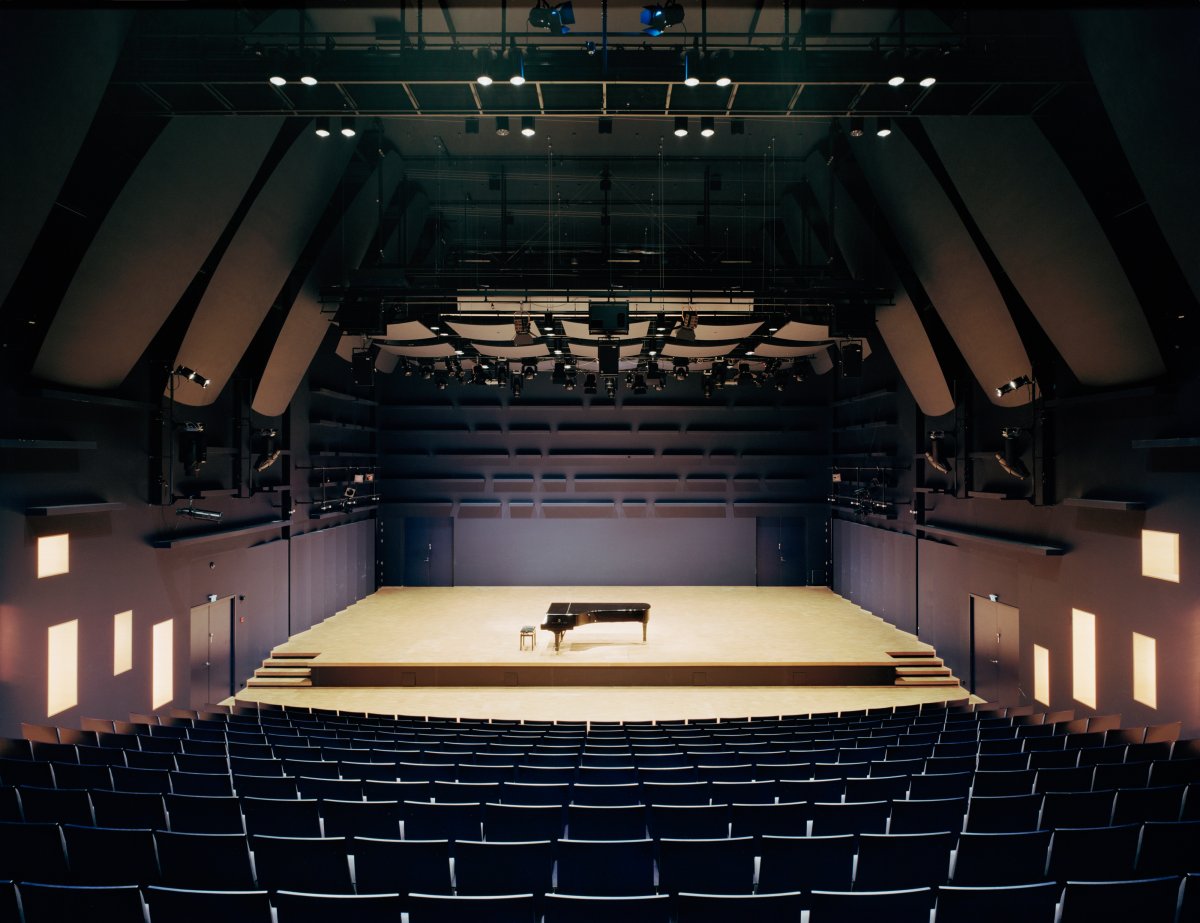 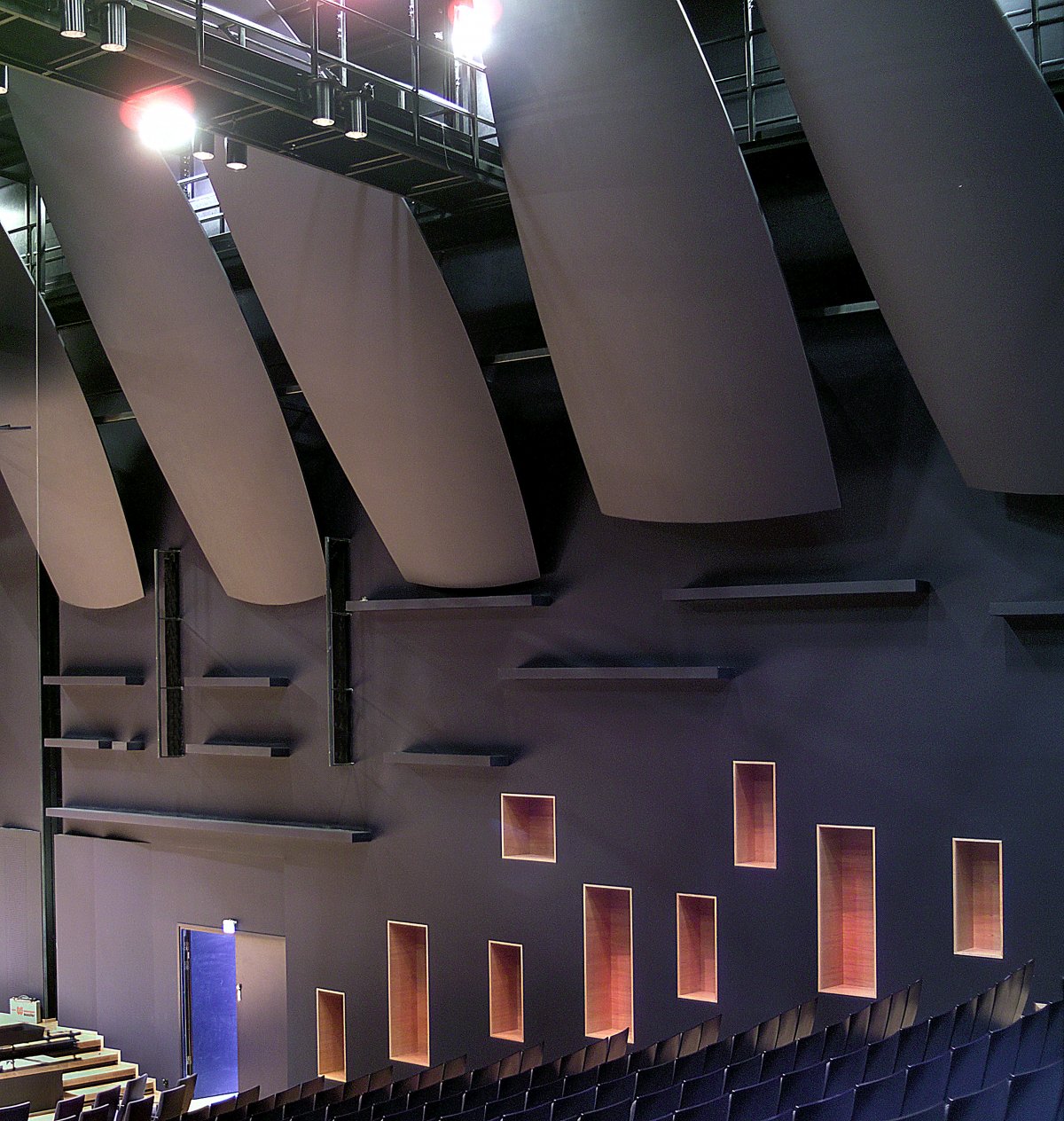 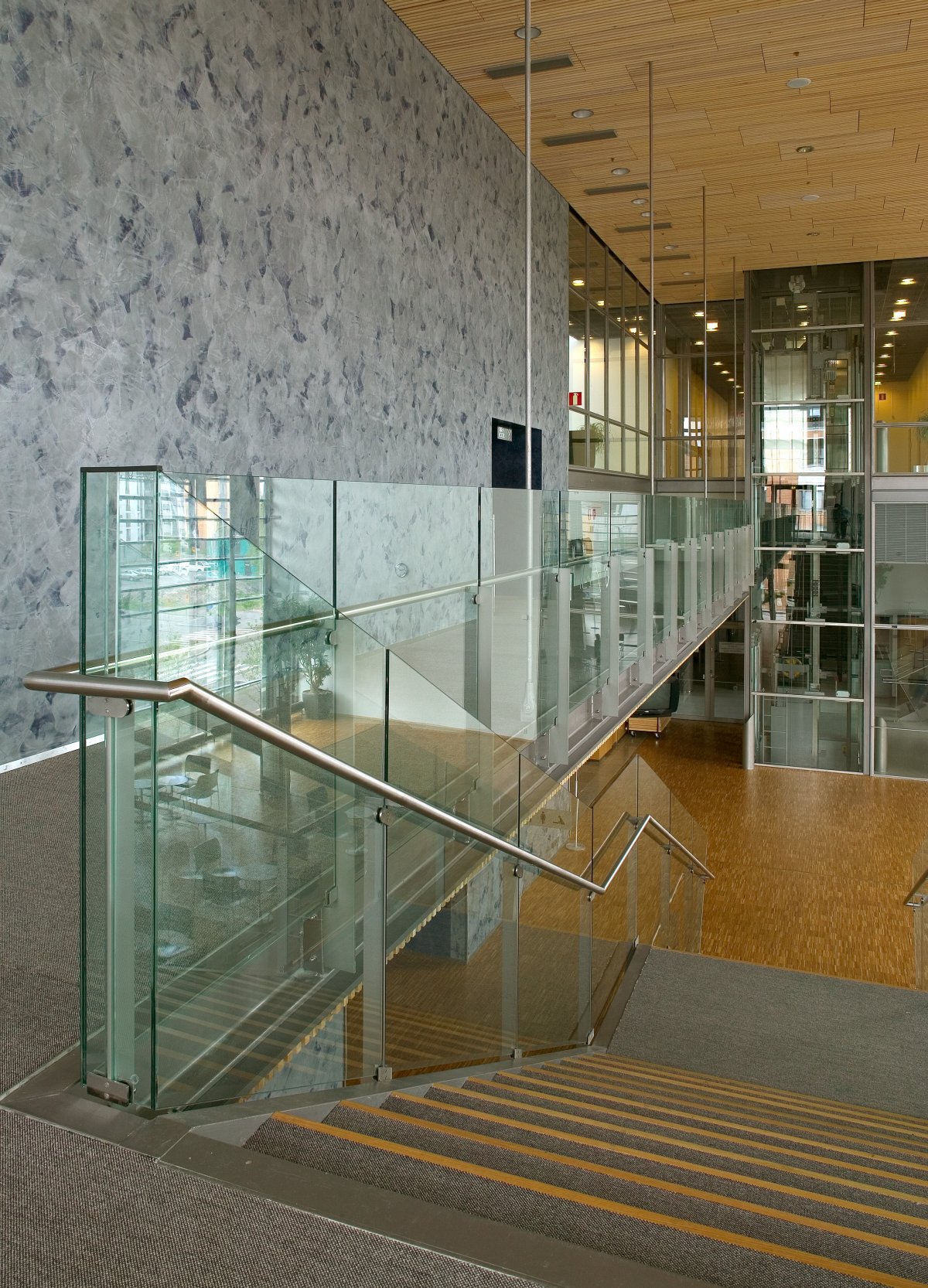 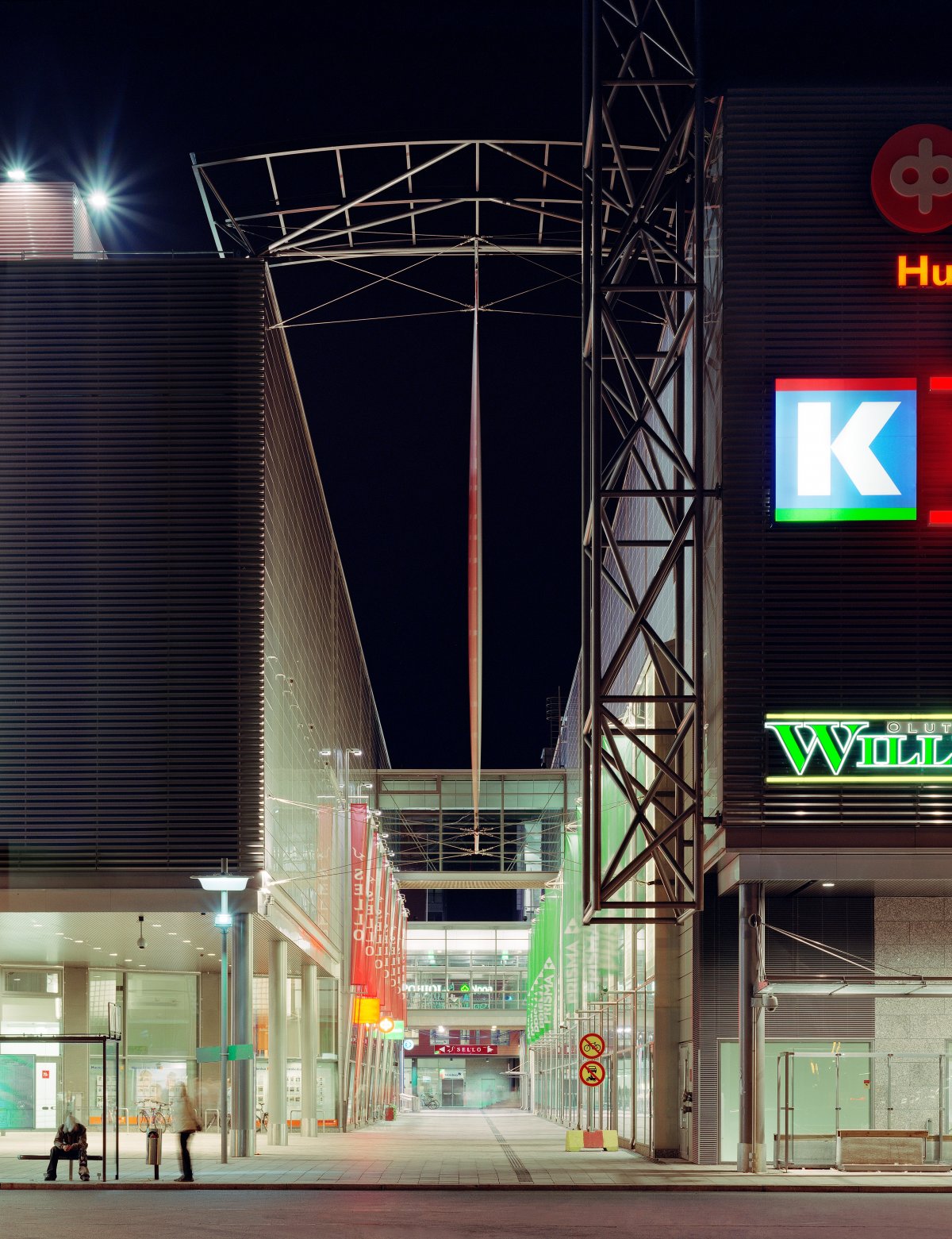 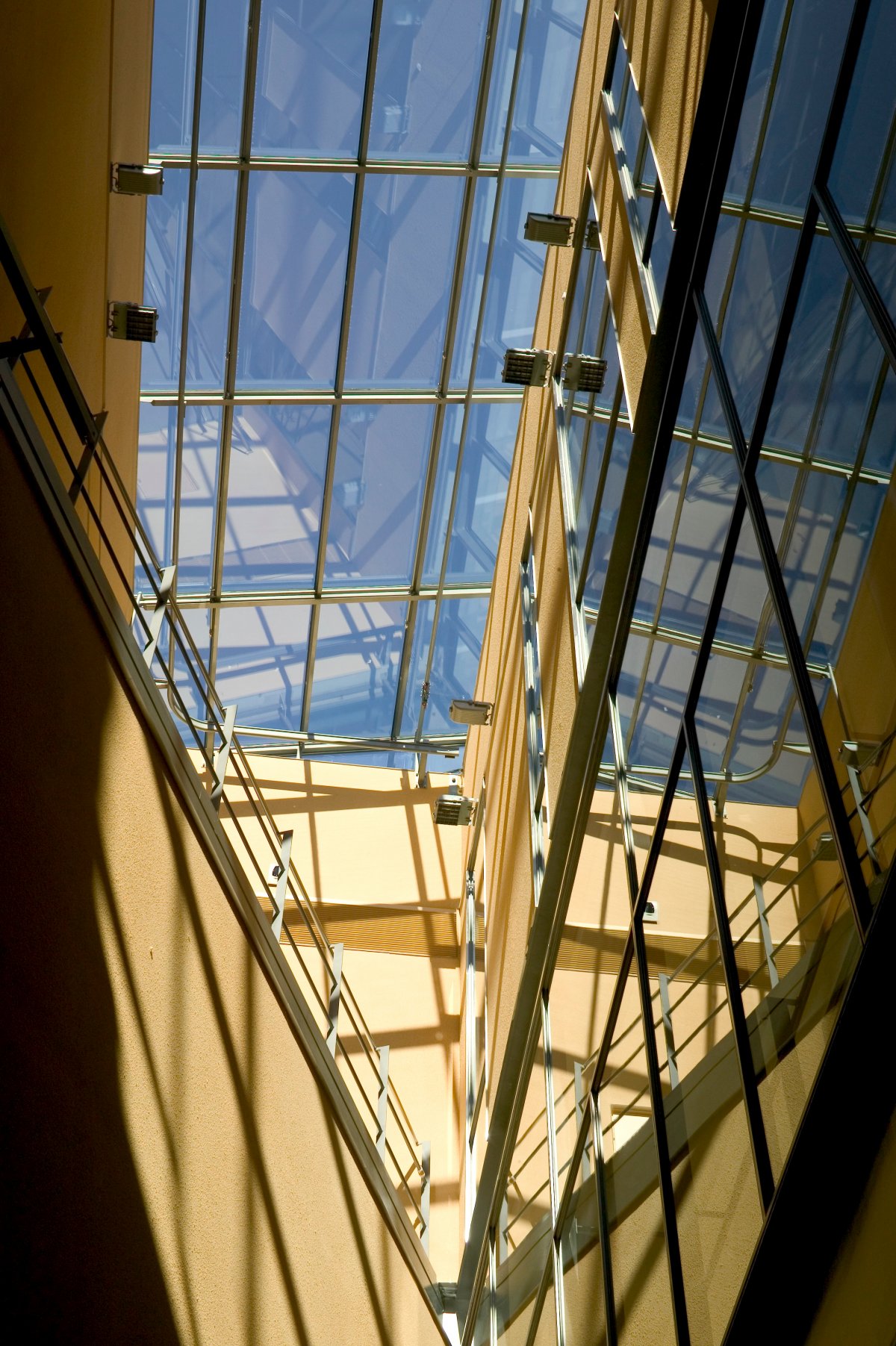 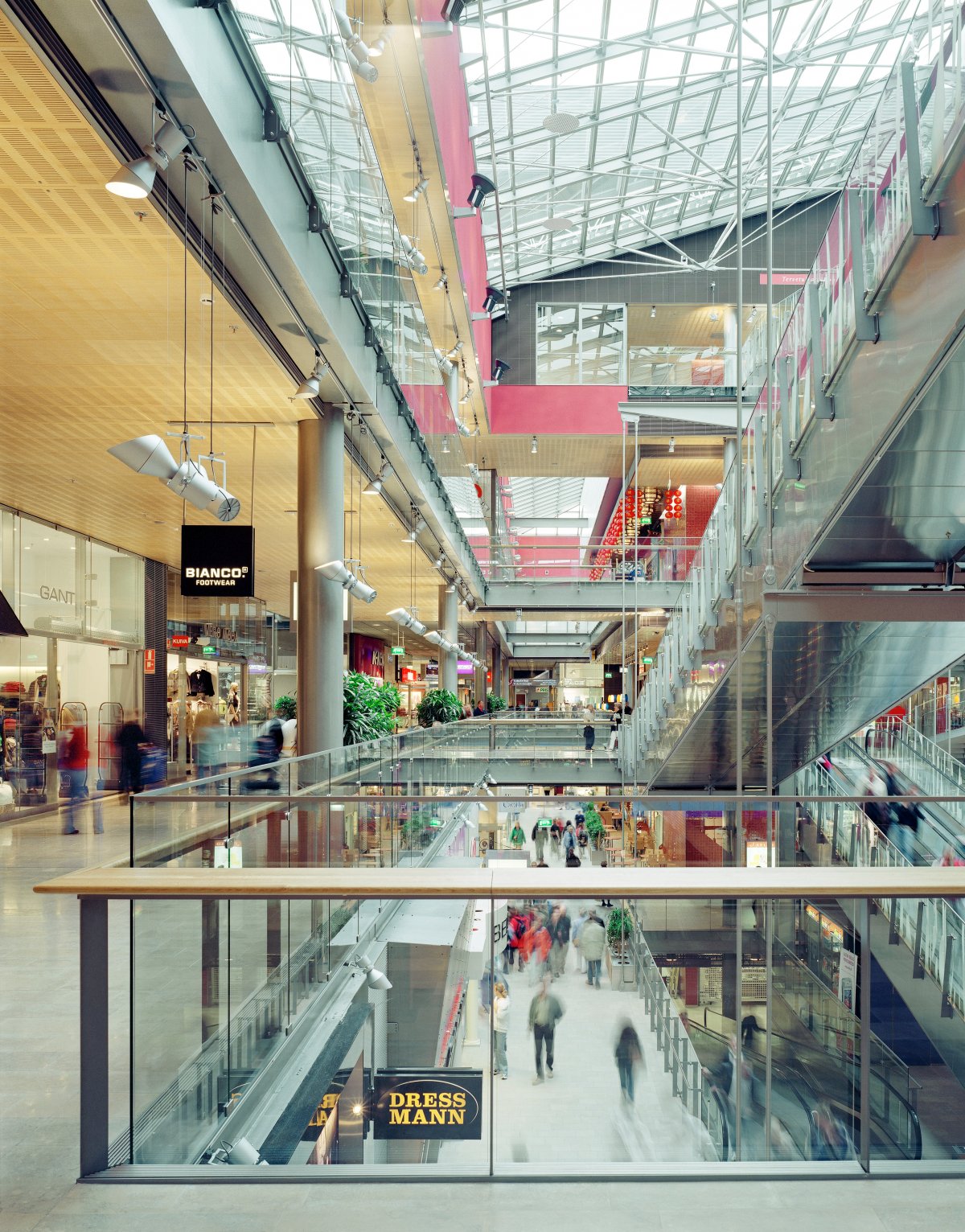 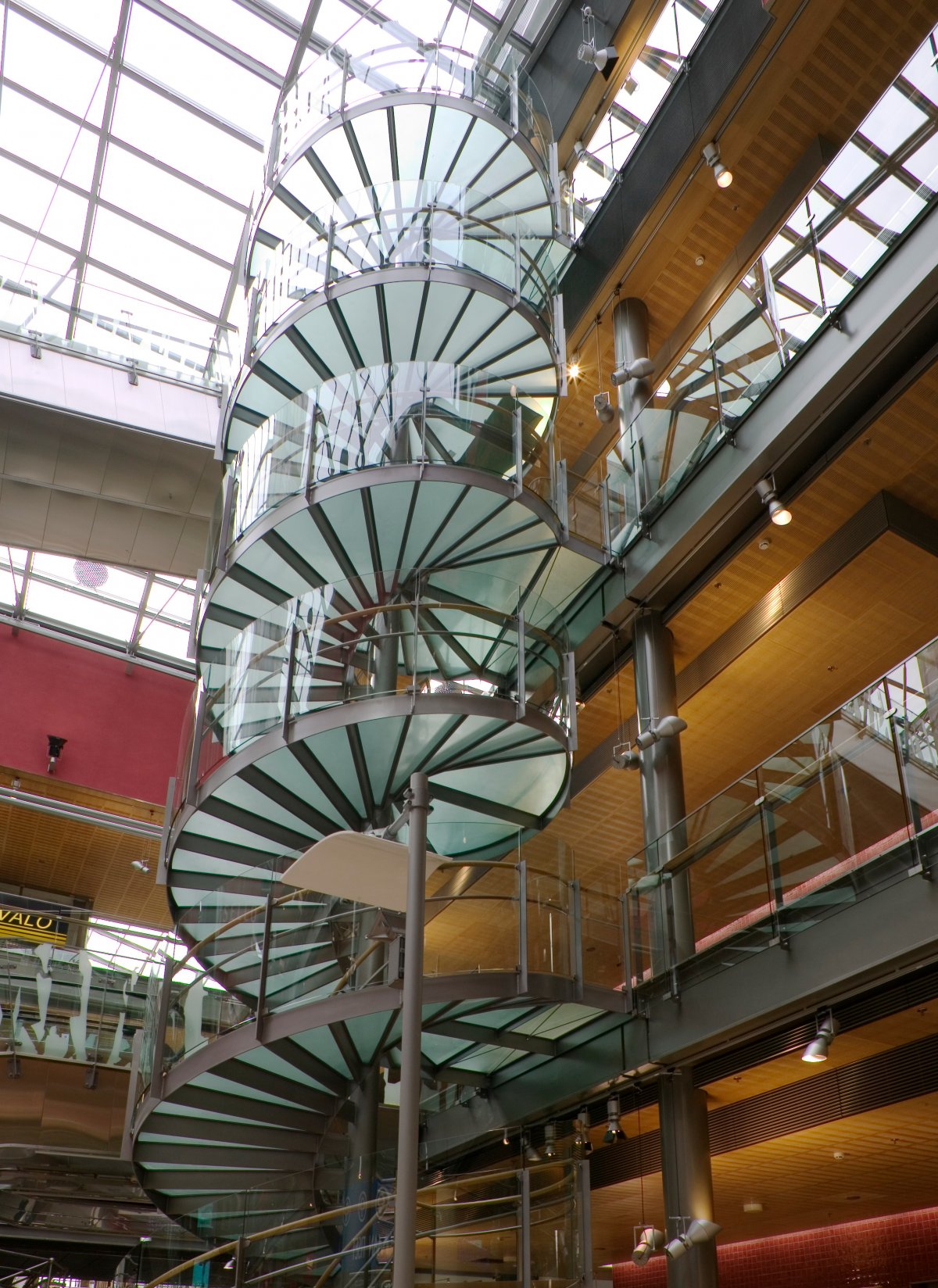 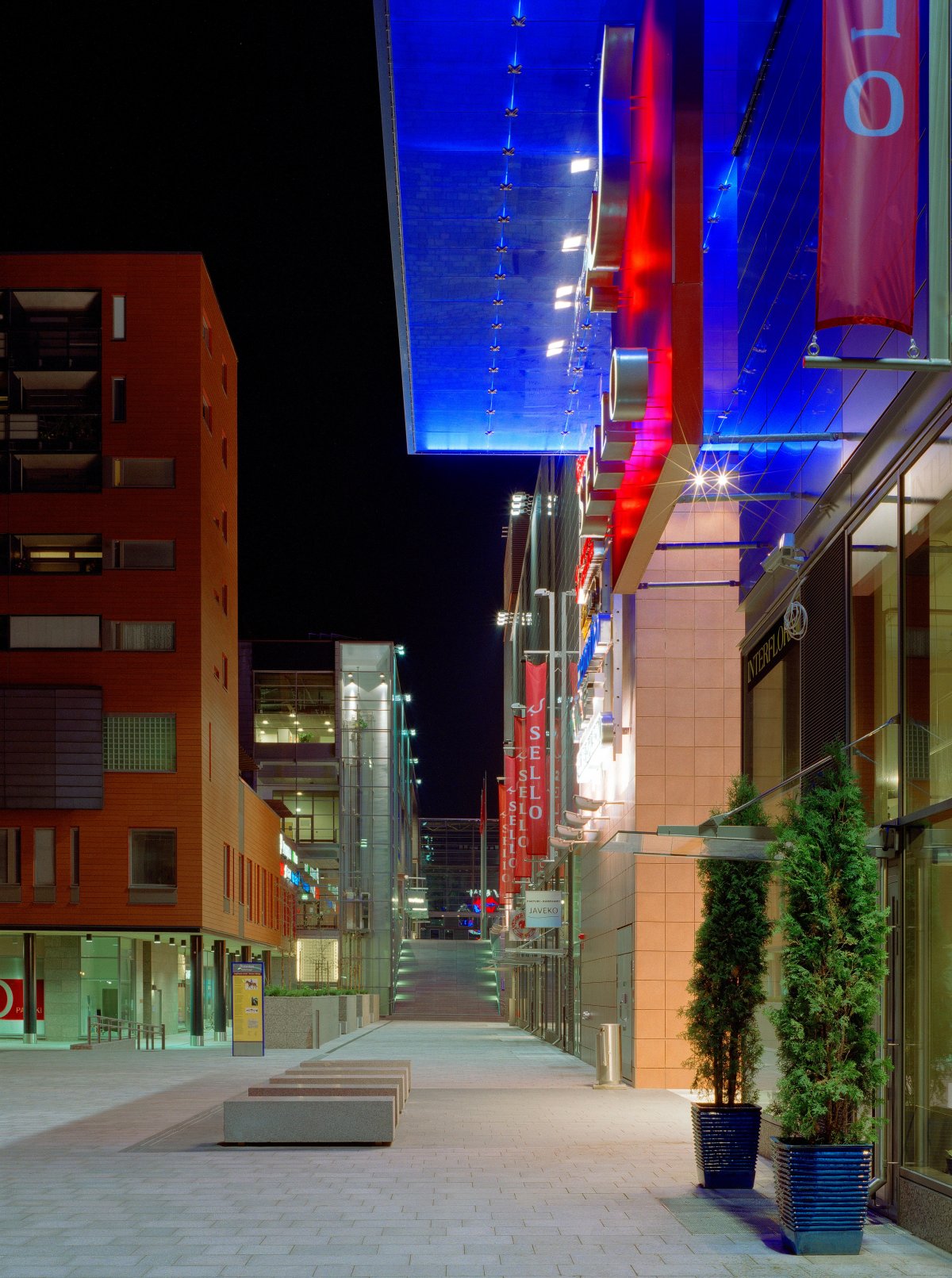 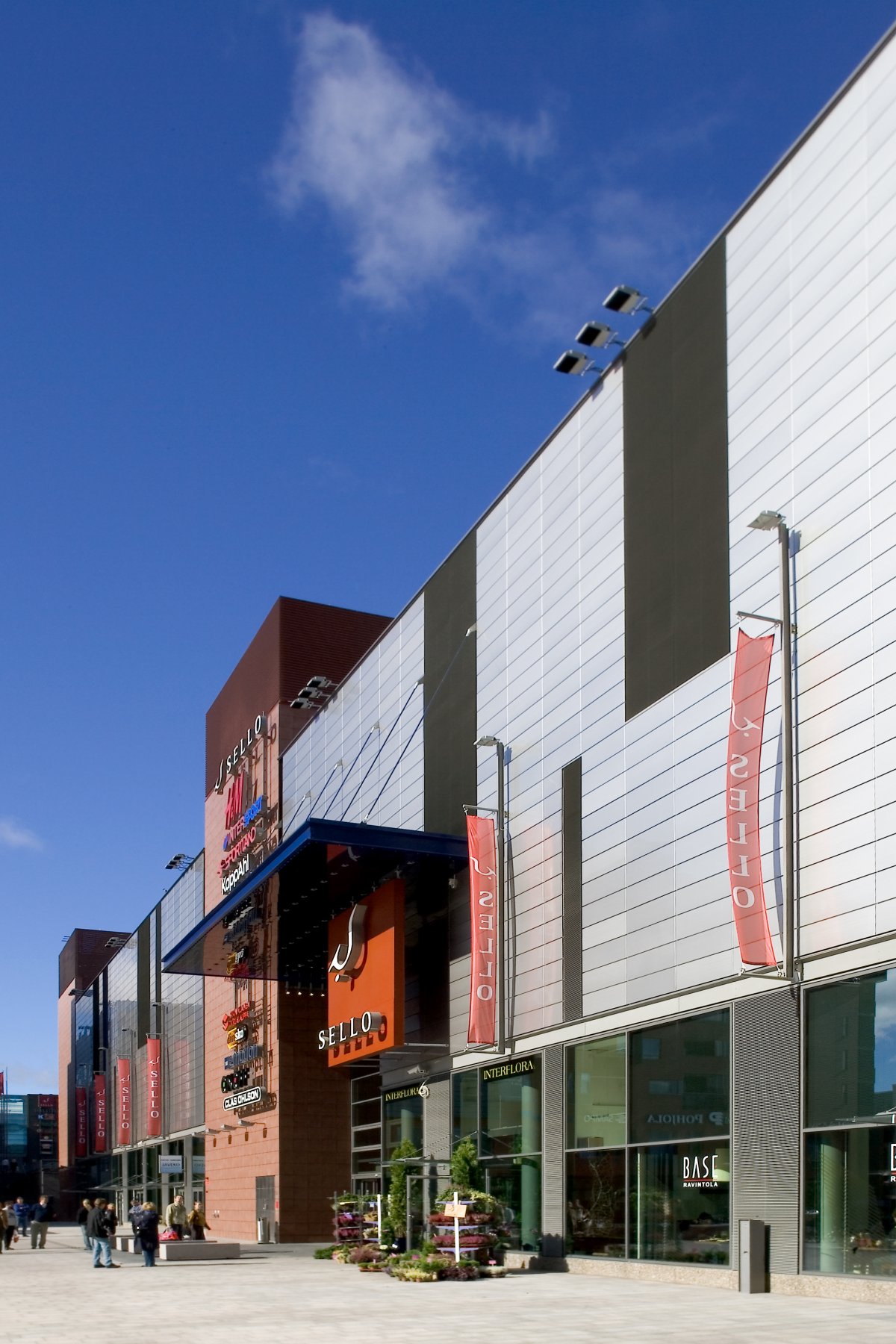 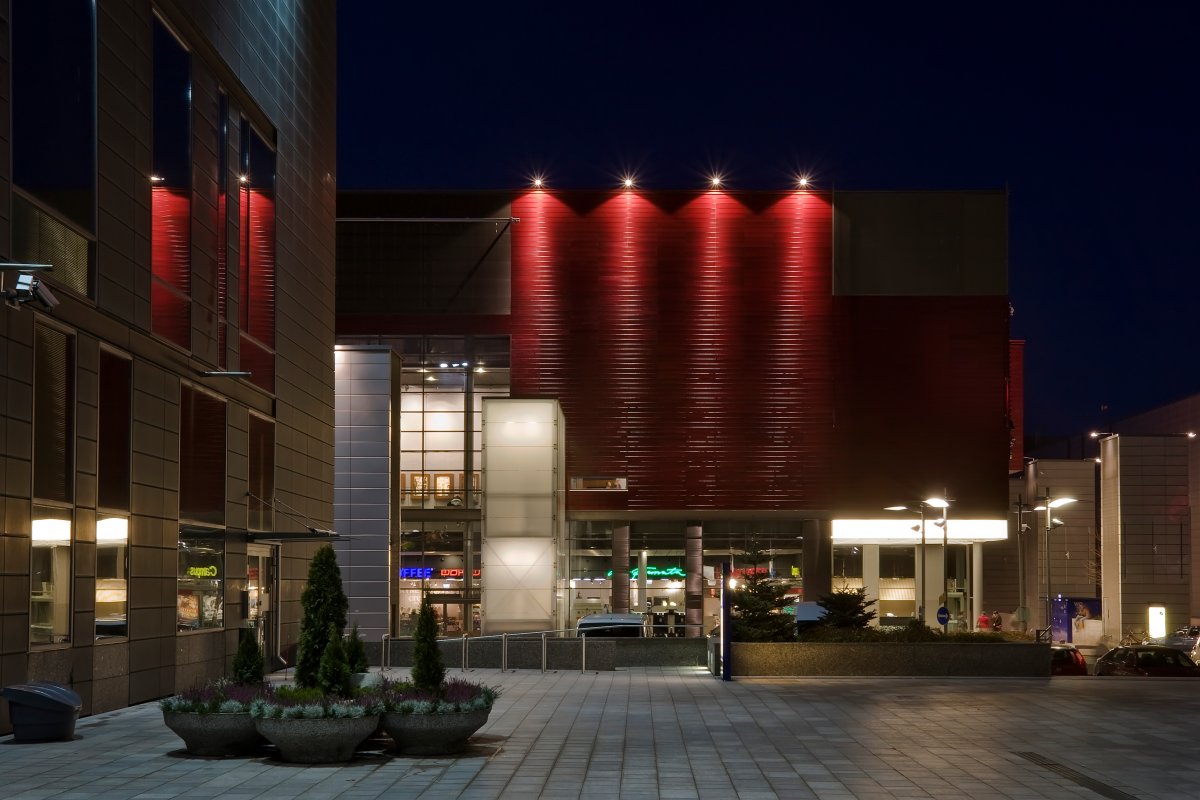 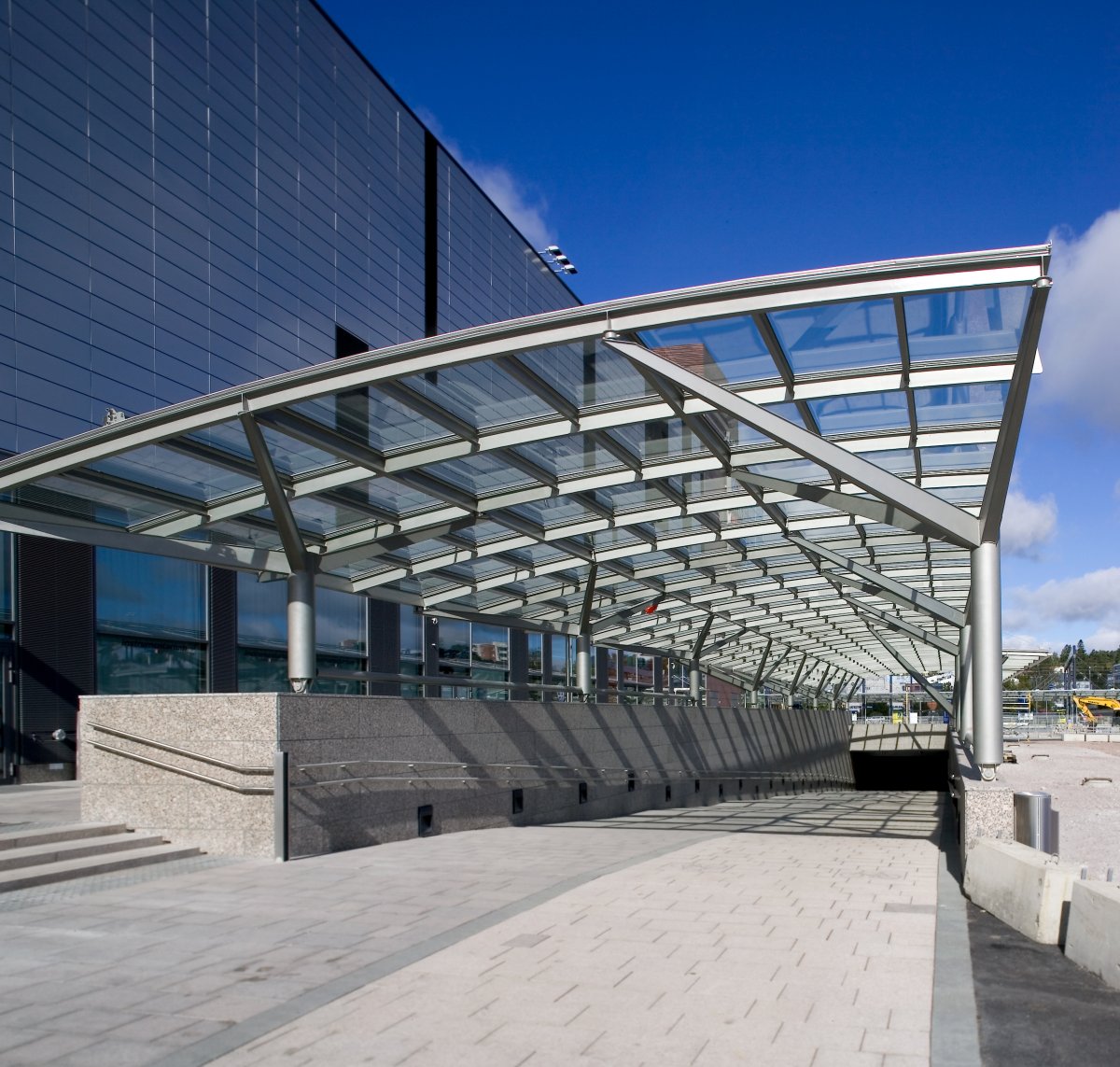 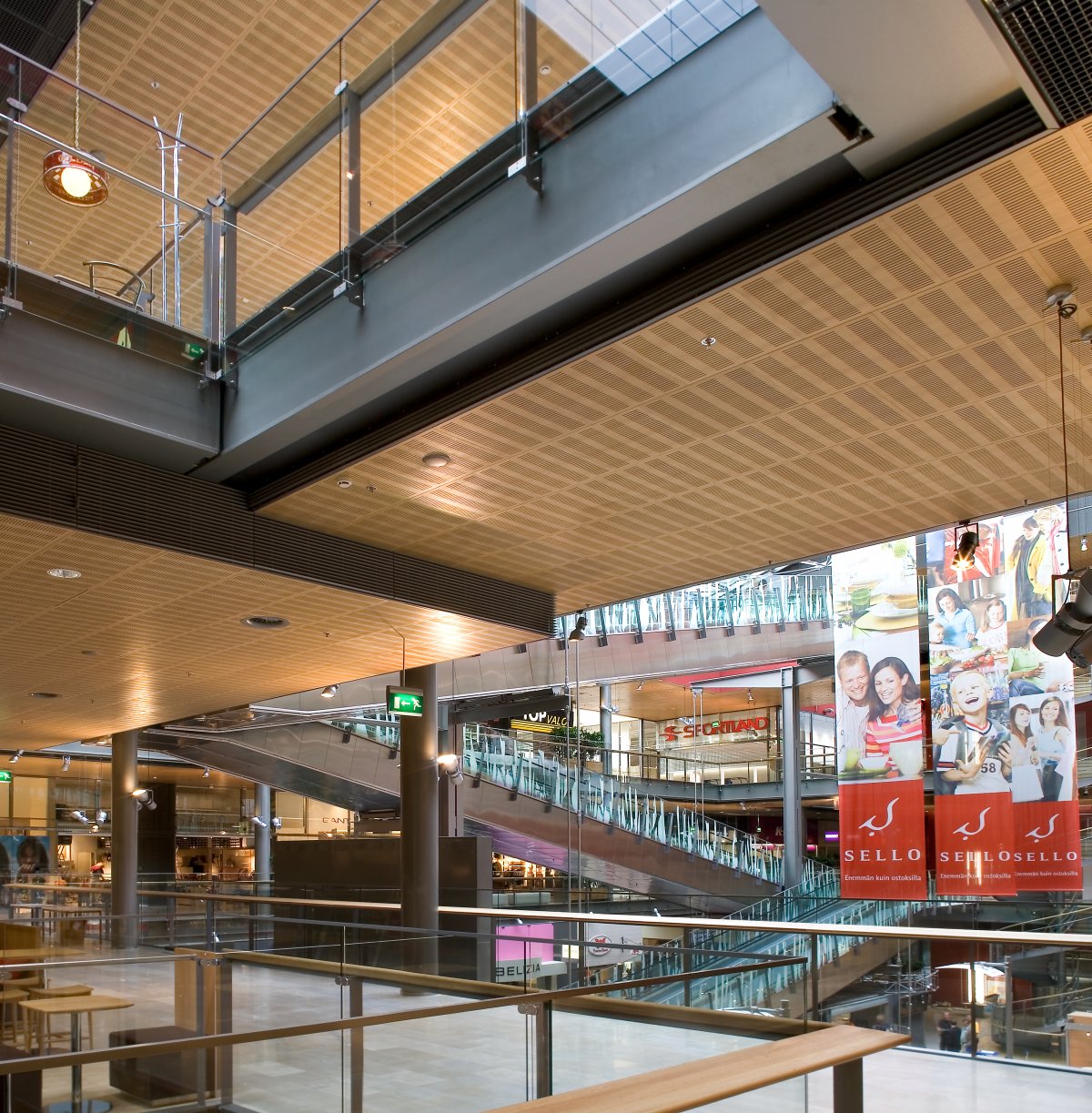 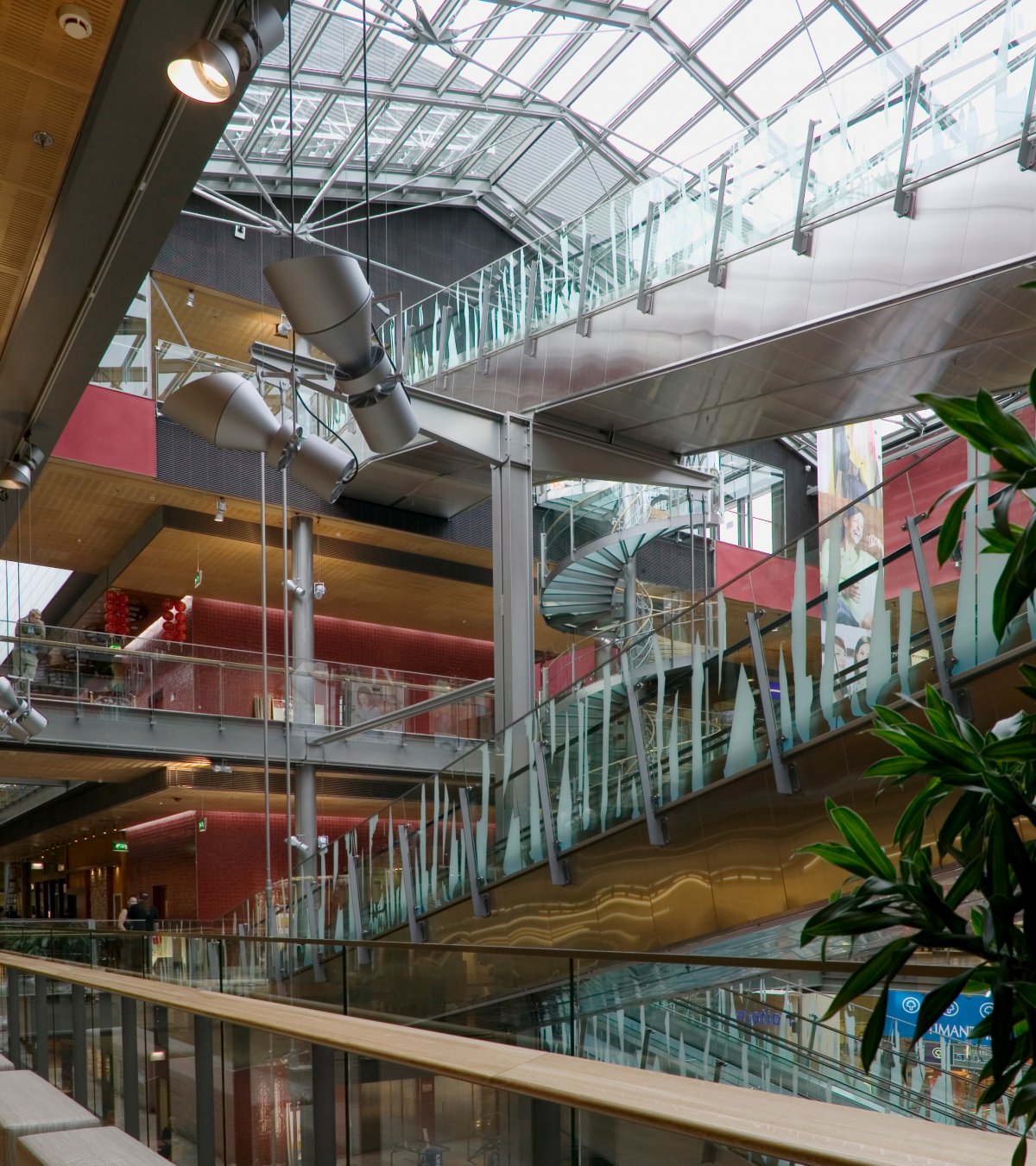 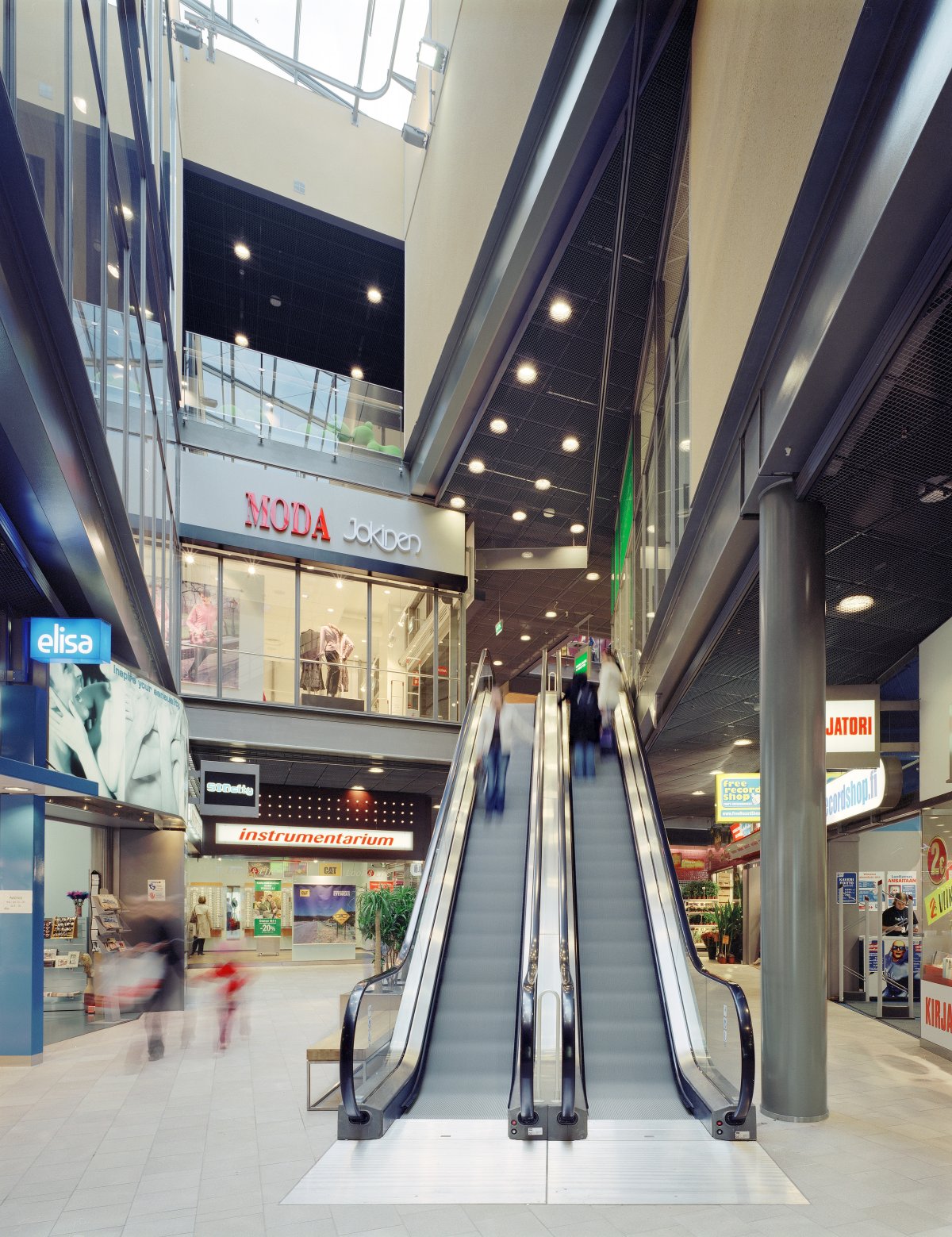 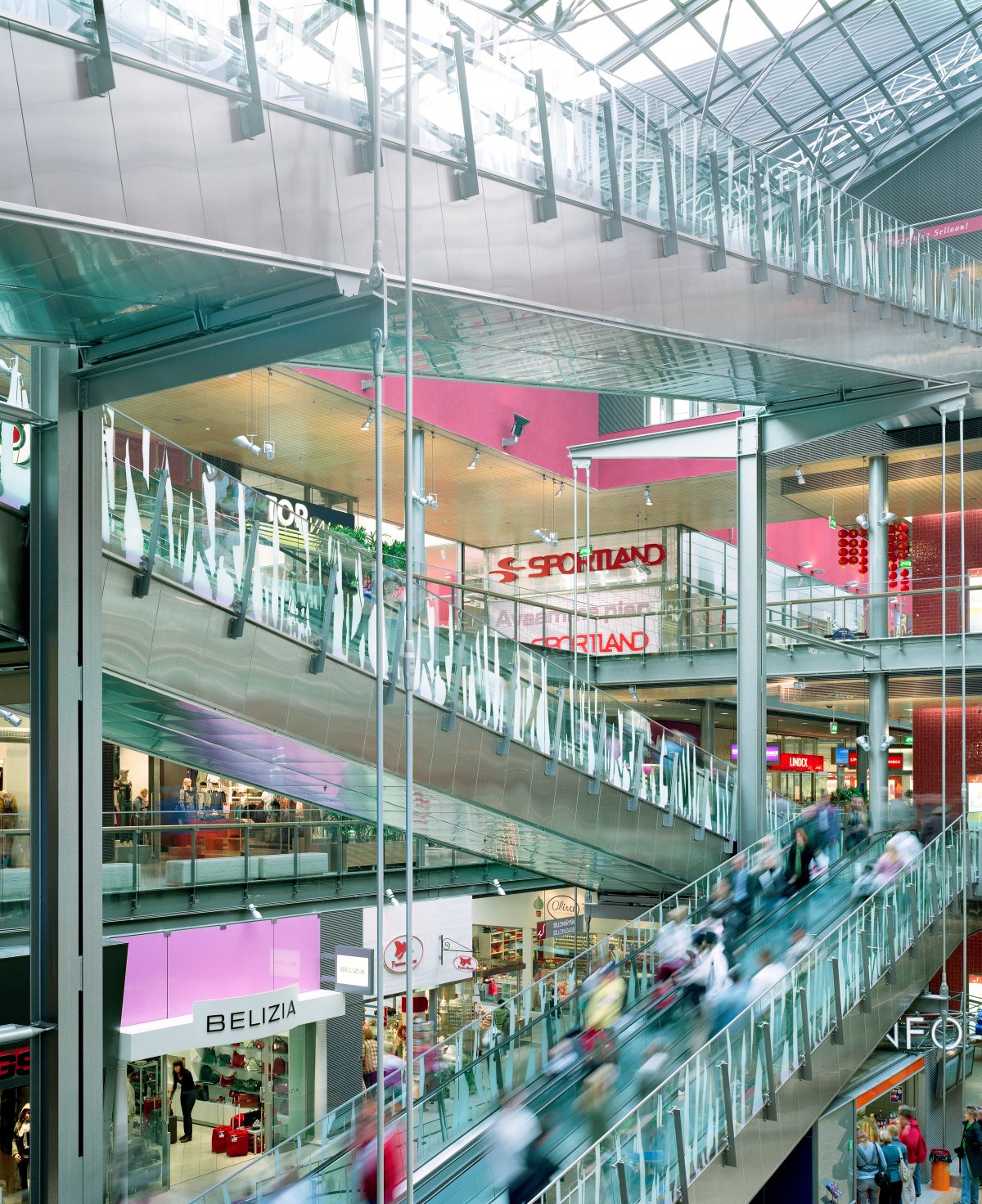