… Helin’s grands projets are always unique buildings designed for specific places; in a historical environment emphasising the value of the old, and in new area creating identity not only for the specific site but also for the whole area.

The area of the present Kamppi Centre was used as a military training field already during the Swedish era, from the 17th century on. It was later used by the Russian imperial army and a garrison was set up in the area. In 1833 they built the Turku Barracks, which, with the exception of a utility building, were badly damaged and partly destroyed during the Finnish Civil War in 1918. In 1936 the Glass Palace building (Lasipalatsi) designed by the young architects Niilo Kokko, Viljo Rewell and Heimo Riihimäki was built on the site of the ruins. It was meant to be a temporary structure serving the Olympics of 1940. The former training field was occupied by the arrival and departure platforms of buses from the 1930s to the early 2000s, while other terminal functions were located in the utility building of the Turku Barracks. The Glass Palace was preserved and renovated in 1998. The rock on the south-eastern side of the training field was an area of market stalls and warehouses from the 1870s to 1929.

In 1999–2000 the City of Helsinki organised an international design and construction competition concerning the development, design, construction and financing of the Kamppi Centre. Resulting from the competition, the design commission was granted to a group including Helin & Co Architects in collaboration with MRN Architects and ARX Architects, Juhani Pallasmaa Architects (the high part of the shopping mall and the Narinkkatori square), and Davidsson Architects with Rockplan (public transportation terminals).

At the completion of the Kamppi Centre in 2006 Helsinki got a new heart. The new structure is bound to the existing one functionally and physically. The Kamppi Centre is a mixed-use complex, where dwelling, offices, commercial operations and public transportation interlace and connect to Helsinki’s largest uninterrupted bicycle and pedestrian zone including a varied sequence of squares. The most western square, Tennispalatsiaukio, is a green oasis surrounded by cafes and restaurants with summer and winter terraces, the Tennispalatsi cinema and museum centre and many retail services. The functional organisation of Kamppi corresponds to topical ecological objectives. The shopping mall and workplaces are accessible with public transportation, the centre being a hub of traffic. There are no parking spaces allocated to the flats. Versatile operations make the centre lively around the clock.

The shops complement the range of services in the city centre and promote its competitiveness in relation to other service clusters. The spaces on the street level of the new Kamppi are public with restaurants, retail services and terminals interweaving with each other. In the interiors the material choices are dominated by life cycle thinking: aesthetic, functional and technical sustainability and economy in the future also. In the service spaces the functional content takes the main role by means of large movable glass walls and lighting that utilises the newest technology.

The office complex is organised into three volumes, which is an ideal solution from the point of view of users and investors. The type of space is a combination of the cellular layout and a room layout, which is virtually not found in old buildings in central Helsinki. The office buildings open towards the street (Urho Kekkosen katu), negotiating with the facades of the opposite city block. Thus the city centre has gained an active brick-dominated street terminated by Alvar Aalto’s Sähkötalo building and the new campanile of Kamppi.

Each office volume is joined by a block of flats on the side of the Tennispalatsinaukio square. Between the volumes, on the roof of the shopping mall on the second-floor level, are the courtyards of the flats, where views open from the offices also. The courtyards articulate the volumes, lending them scale and rhythm, and daylight finds its way through them in different angles along the course of the day both directly and as reflections, both to the street on the south-eastern side and to the square on the north-eastern side.

The overall design of the flats is marked by the prerequisites of city-centre dwelling, functional efficiency and economic use of space. Each volume contains one stairwell connected to 3–7 flats per floor. The flats number 99 in all, and there are 11 different types of flat. The articulation and colours of the facades of the blocks of flats differ from each other. On the two lowest floors, the blank parts of the exterior walls facing the square are mainly Finnish split-face granite: the shopping mall forms the ground-floor shop of the blocks of flats. On the upper floors the balcony walls and ceilings are wood for the feel of the material. The steel structure of the balconies and the whole balcony system as well as the extensive steel and glass canopies of the shopping mall facade and the orangery projections of the restaurants together with zones of wood and stone characterise the facades.

The main qualities of the project are the brightness and the simplicity of the town planning (a square – a garden) and those of the layout of the architectural volumes… The scale of the blocks built is really the right one and it is very human. The work in terms of layout, especially for the housing is very appreciable.

Dominique Perrault, expert of the jury of the Kamppi design and tender competition 2000. Puhutaan kaupungista/ Talking about the City, Museum of Finnish Architecture 2001 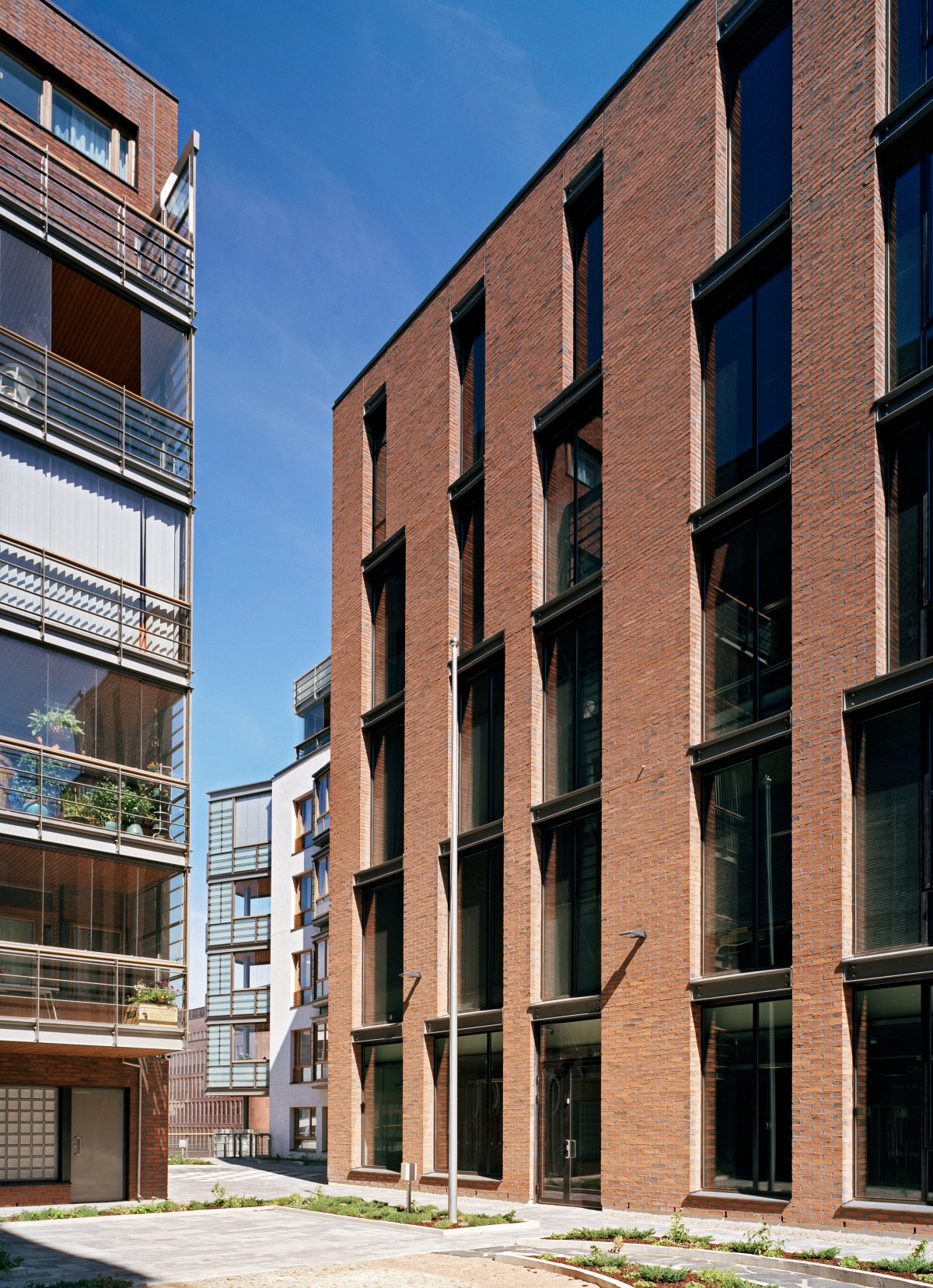 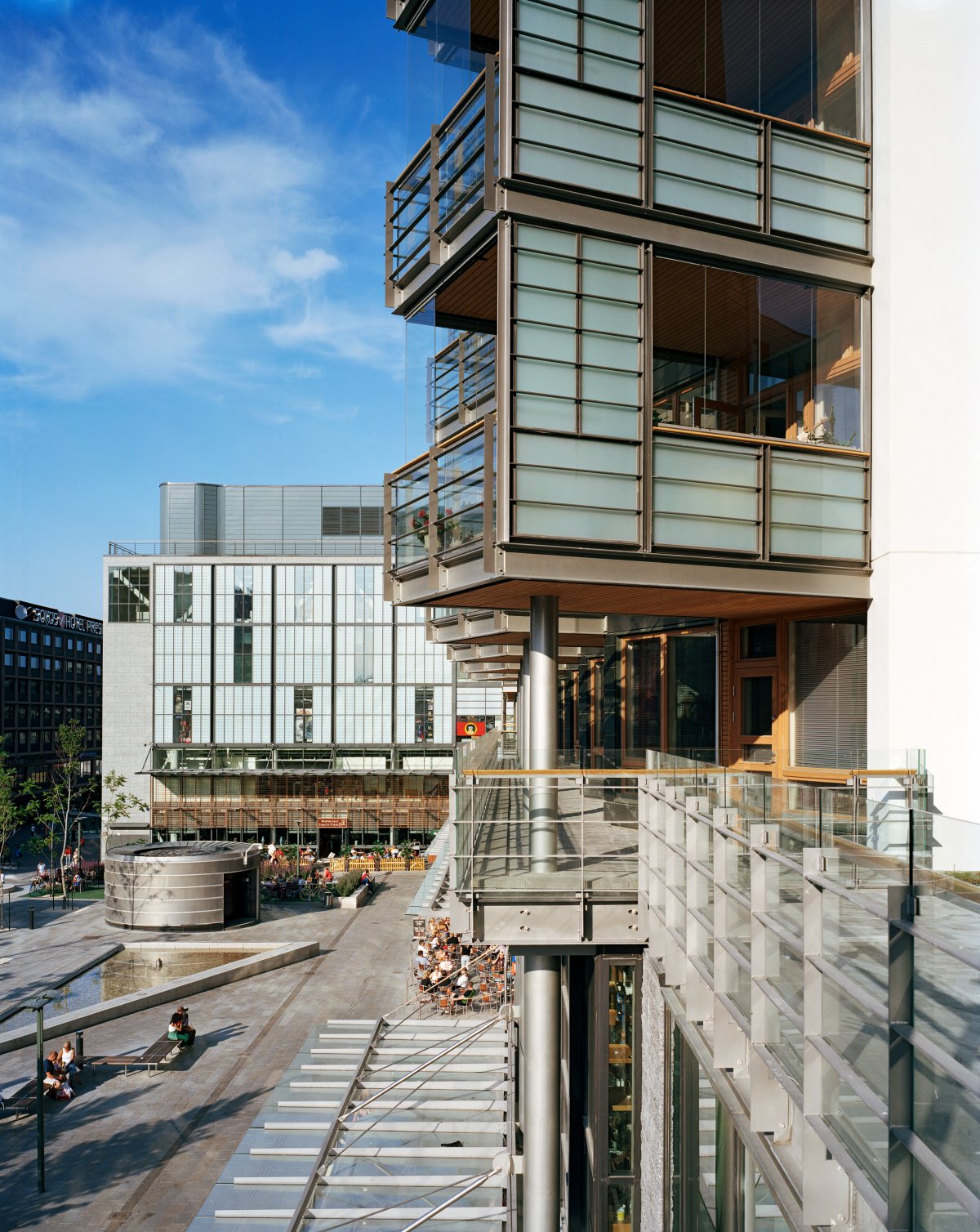 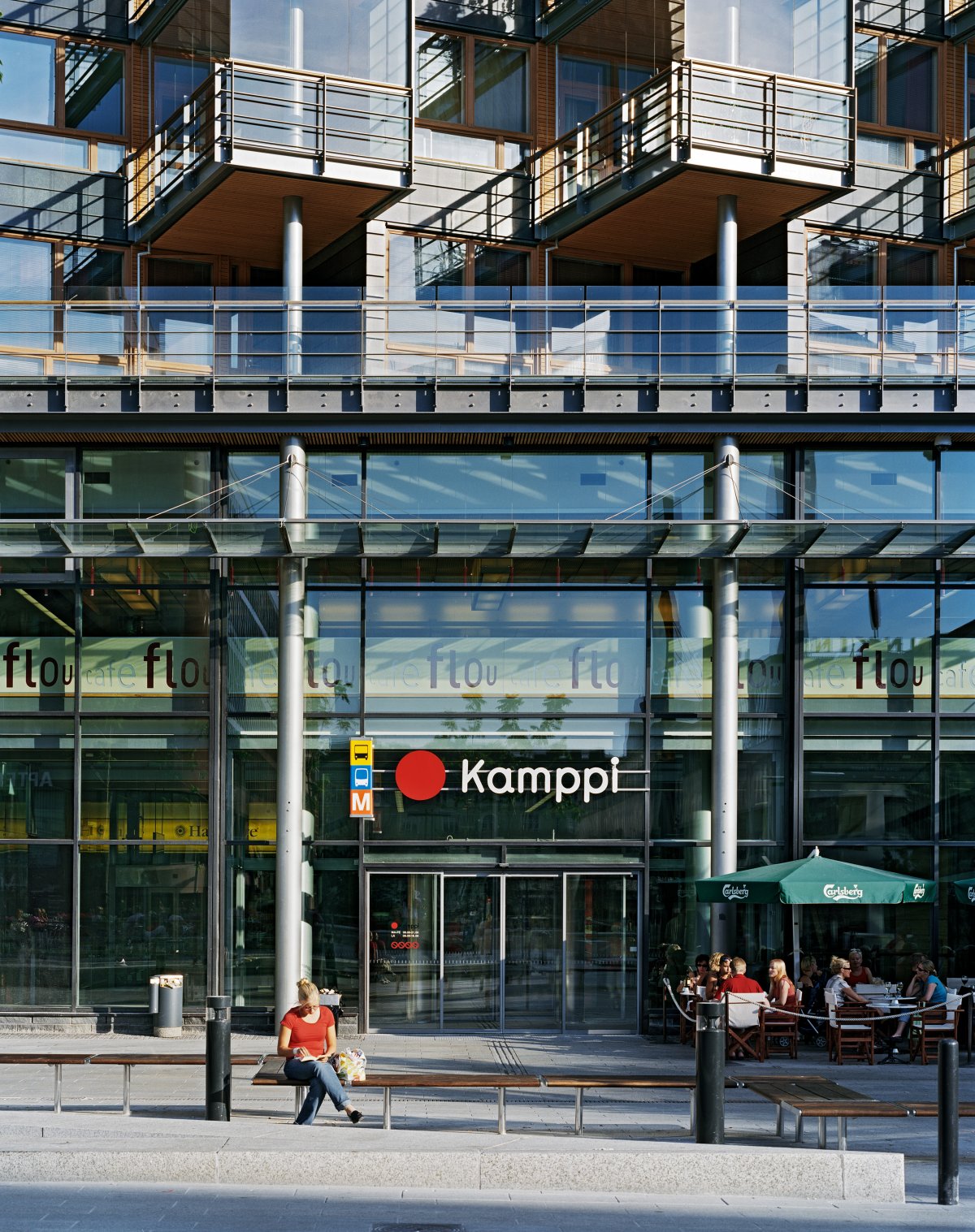 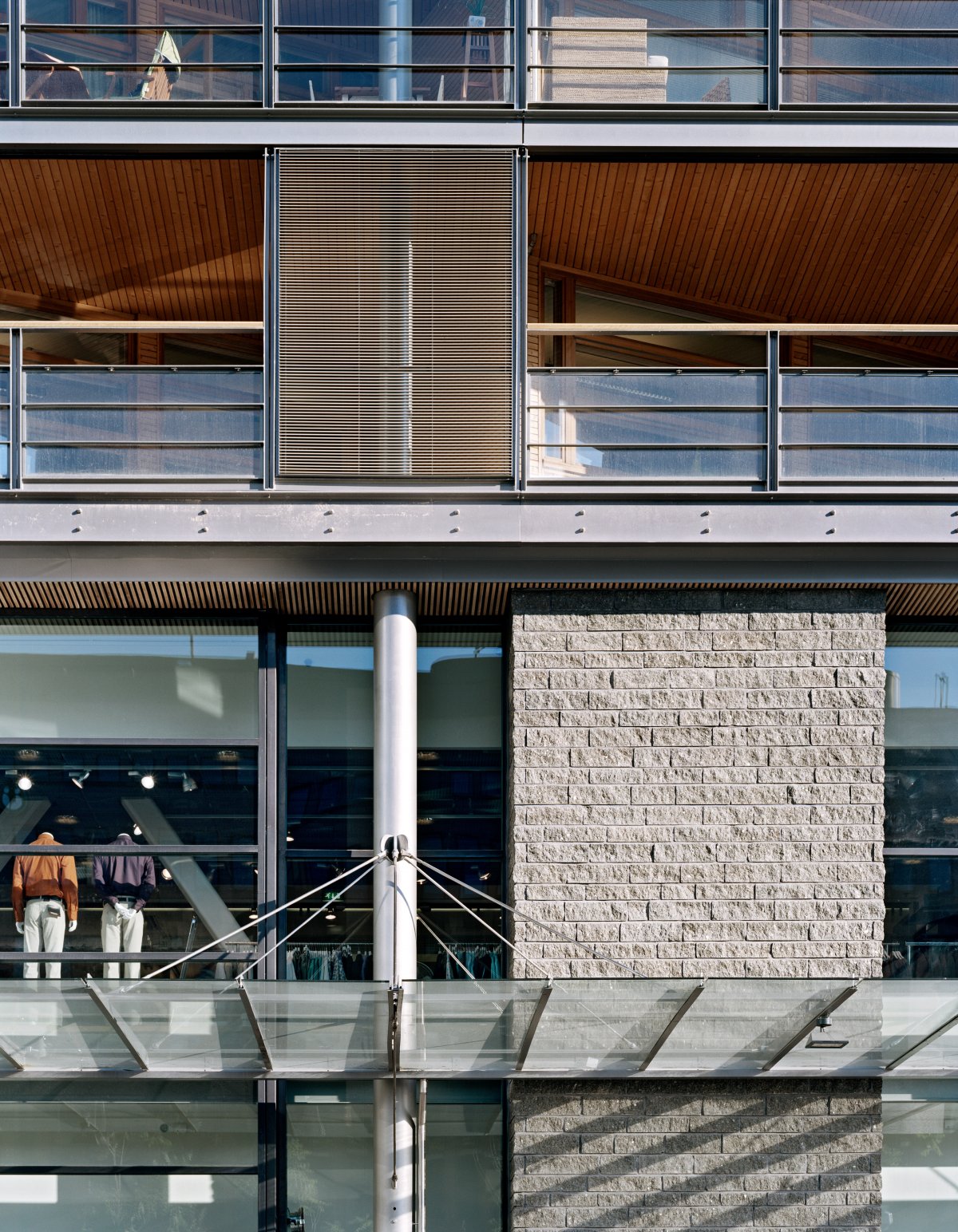 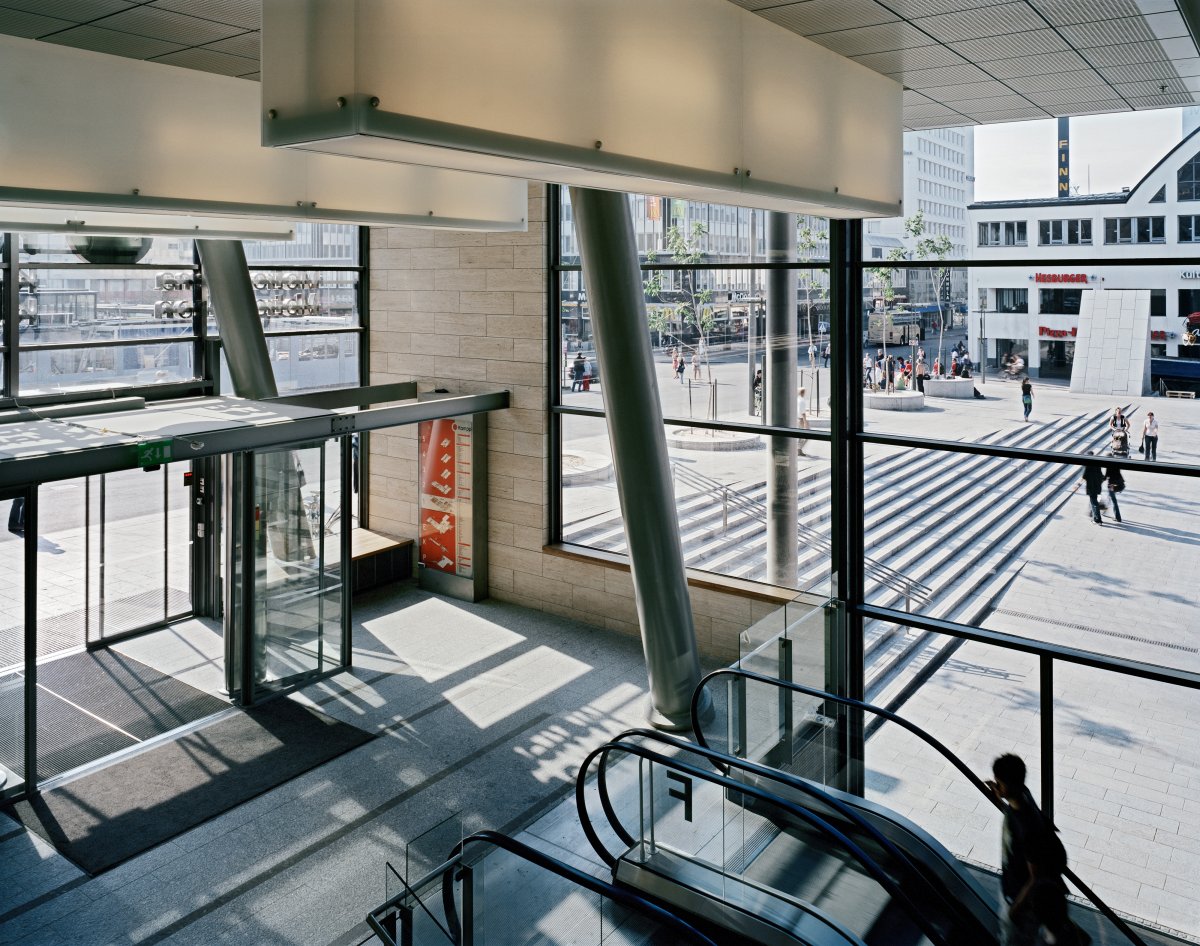 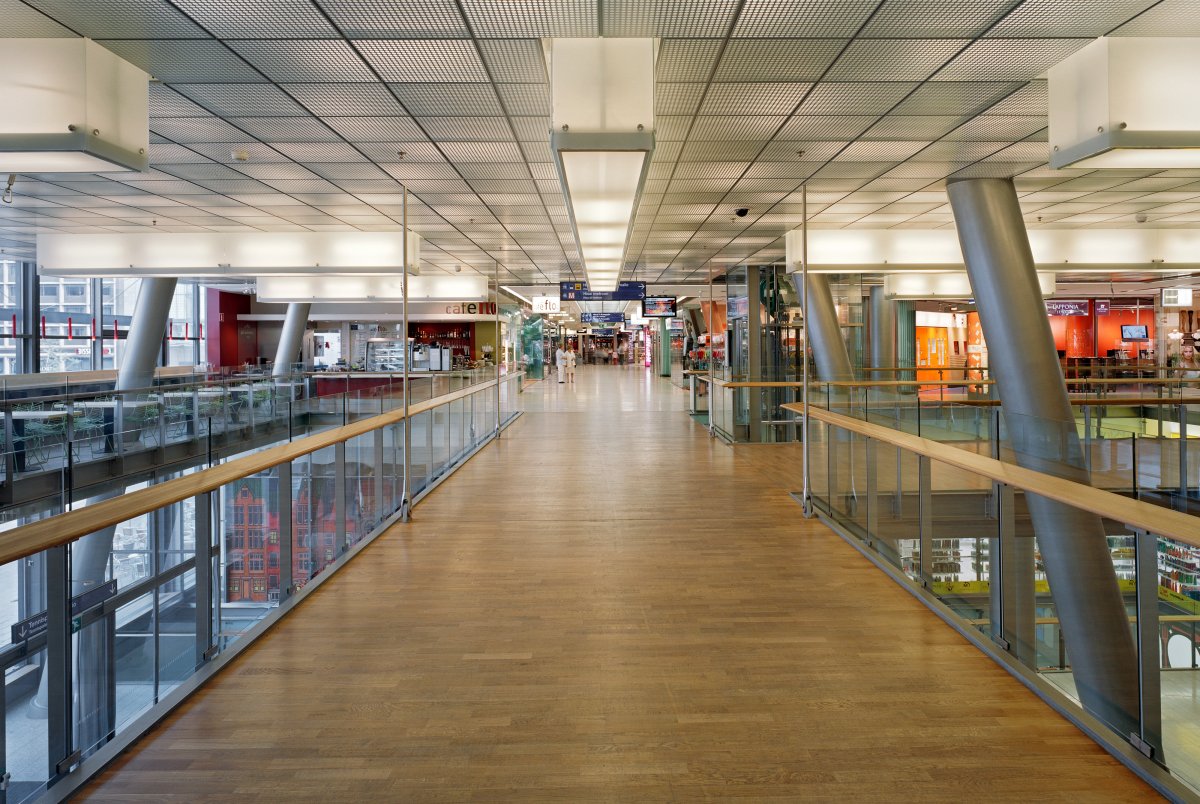 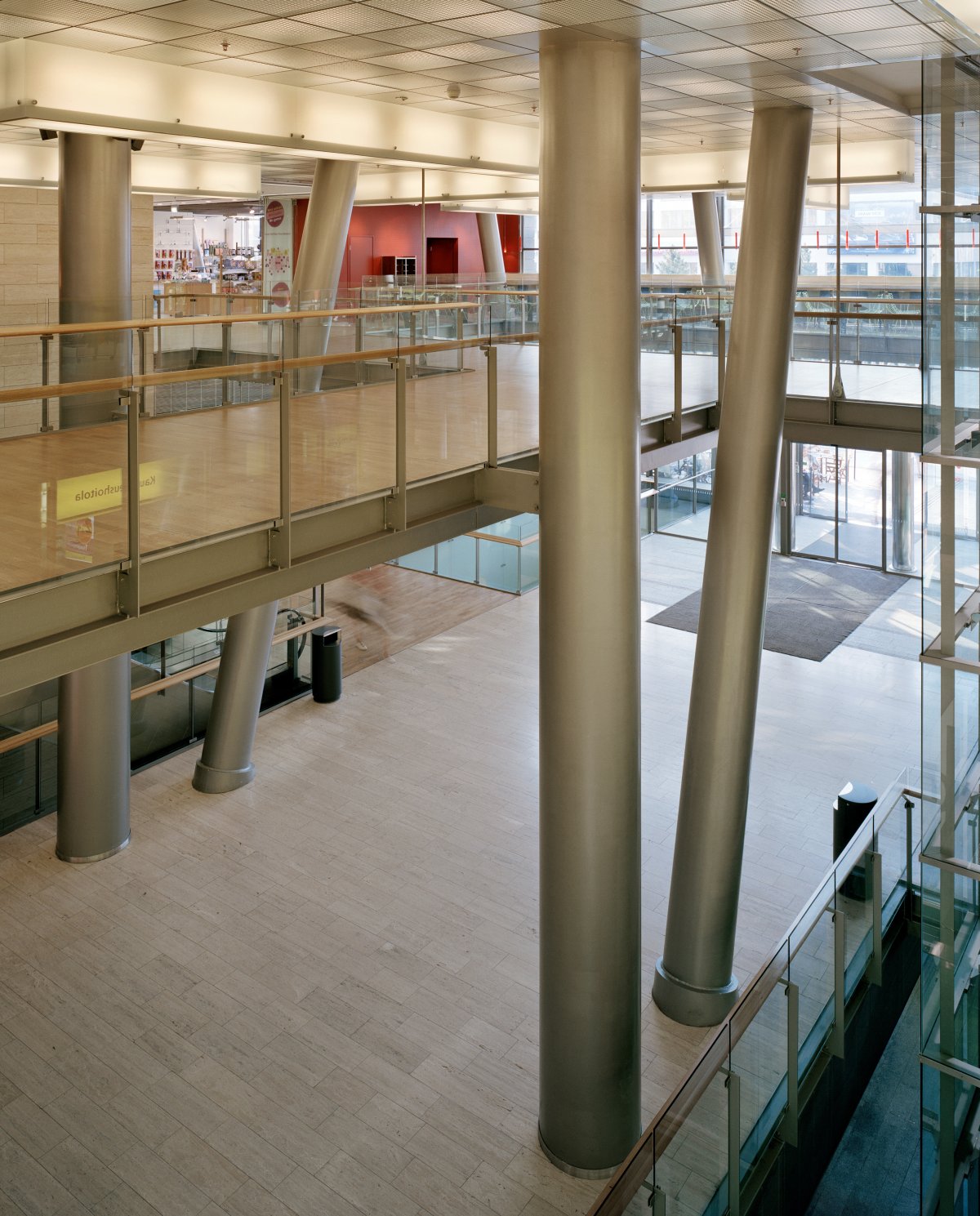 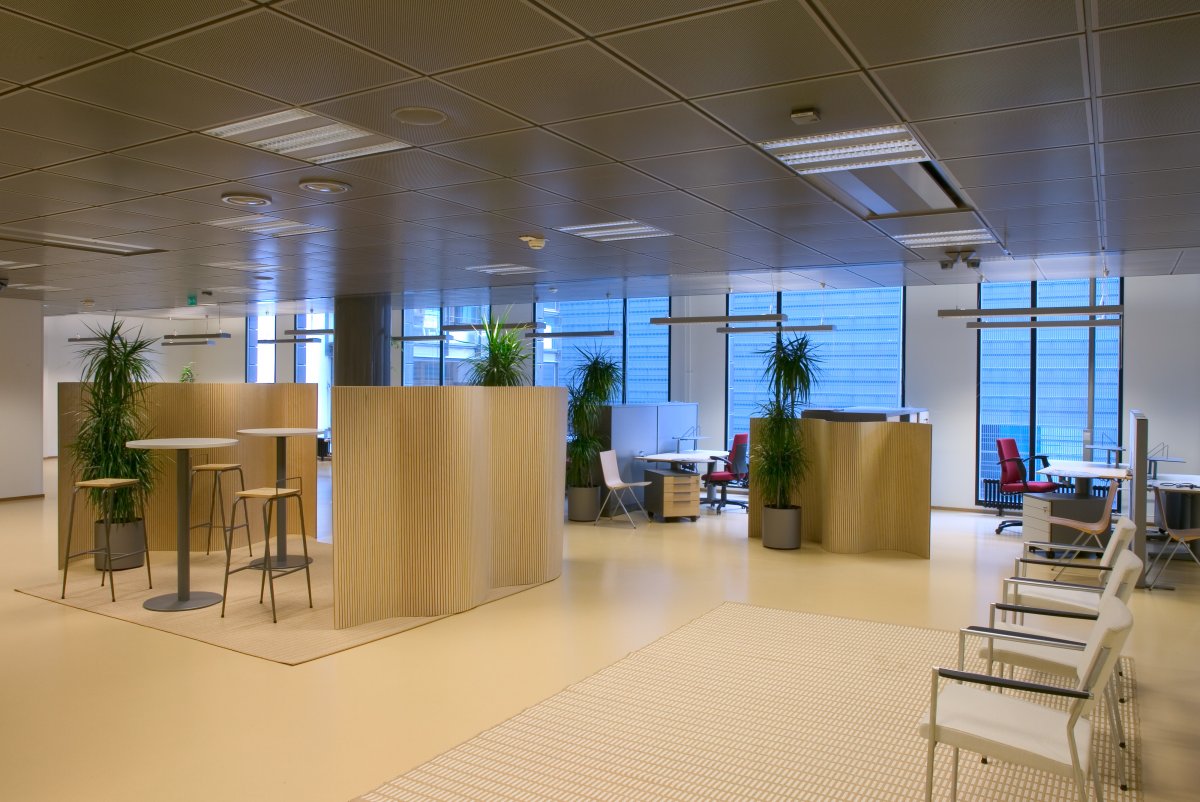