Hernesaari, an island in Helsinki once used as pasture land and a fishing base, was connected to the mainland by a causeway in the 1930s. In 1941, it was decided that the island would be used as a harbour, and it was connected by filling to Munkkisaari, an island that had already become part of the mainland earlier. Hernesaari served as an area of dockyard and industry for several decades.

In the master plan of 2002 Hernesaari was mainly defined as a workplace area with industrial, clerical and harbour operations. According to the lease made with the City of Helsinki, however, the dockyard left Hernesaari at the end of 2012 and the island became vacant for construction. Residential use was not in accordance with the master plan of 2002. In view of a new component master plan, the City organised an architectural competition between three participants for a concept plan for the area in 2007. After the competition, work on the component master plan continued in Helsinki City Planning Department.

The archipelago off the south coast of Helsinki consists of outer islands of a rare kind by European standards. They form a chain that leaves the eastern shore of Hernesaari open to the waves, ice and gales of the Baltic Sea. This situation is not a threat to be repelled but a unique asset and a great source of nature experiences. It is where the urban structure and the idea of the shoreline in our proposal stem from. We divided the area into five new islands that connect with the existing chain of islands. On the western side the islands are connected by a main street and a cruiser quay, while on the eastern side the shore is reserved for a park, for experiencing nature. The morphology of the buildings and the landscape architecture of the shoreline park speak the same language, communicating the nature and character of outer islands – stones, underwater rock, exposed rock, islands facing the open sea, surrounded by tranquil sea, surf, fog, rain and ice reinforced by frazil. The island concept liberates the urban blocks from the continuum and geometry of rational urban regulation, grouping prismatic buildings into sheltered compounds with courtyards.

The most important of the new uses of Hernesaari is dwelling – new Nordic and urban dwelling by the seaside. If the Modernist suburb was a manifestation of progress, faith in the future and a linear conception of time, today’s development is based on ecology, circular economy and effortless motion and services, not forgetting aesthetics and connection with nature. In our competition proposal the grain silos and industrial buildings of the 1940s and 50s in the north-eastern area are preserved and converted into business premises. A yacht harbour is located behind the cruiser area, so that their functions interlock effortlessly. The south-facing shore is reserved for boat exhibitions and sales as well as new restaurants overlooking the sea. Between a helicopter terminal and residential areas is a watersports centre with training, clerical and accommodation services. Boat storage is located under the park. There is also a sea bath in the area.

The Hernesaari component master plan process has continued over ten years. The detail planning of the area is based on a version of component master plan that includes the following principles of the competition proposal of Helin & Co Architects: streetspace at intervals of about two hundred metres, a large seaside park on the eastern shore of Hernesaari, city blocks with sheltered courtyards and a large pedestrian precinct area between the blocks. In 2017, Helin & Co Architects continues work on the Hernesaari project, focussing on the detail planning of the northern city blocks.

Further information on the history of the islands of Helsinki in Tikkanen Sallamaria, Paratiisit ja niiden varjot, on the web page Ympäristöhistoria. 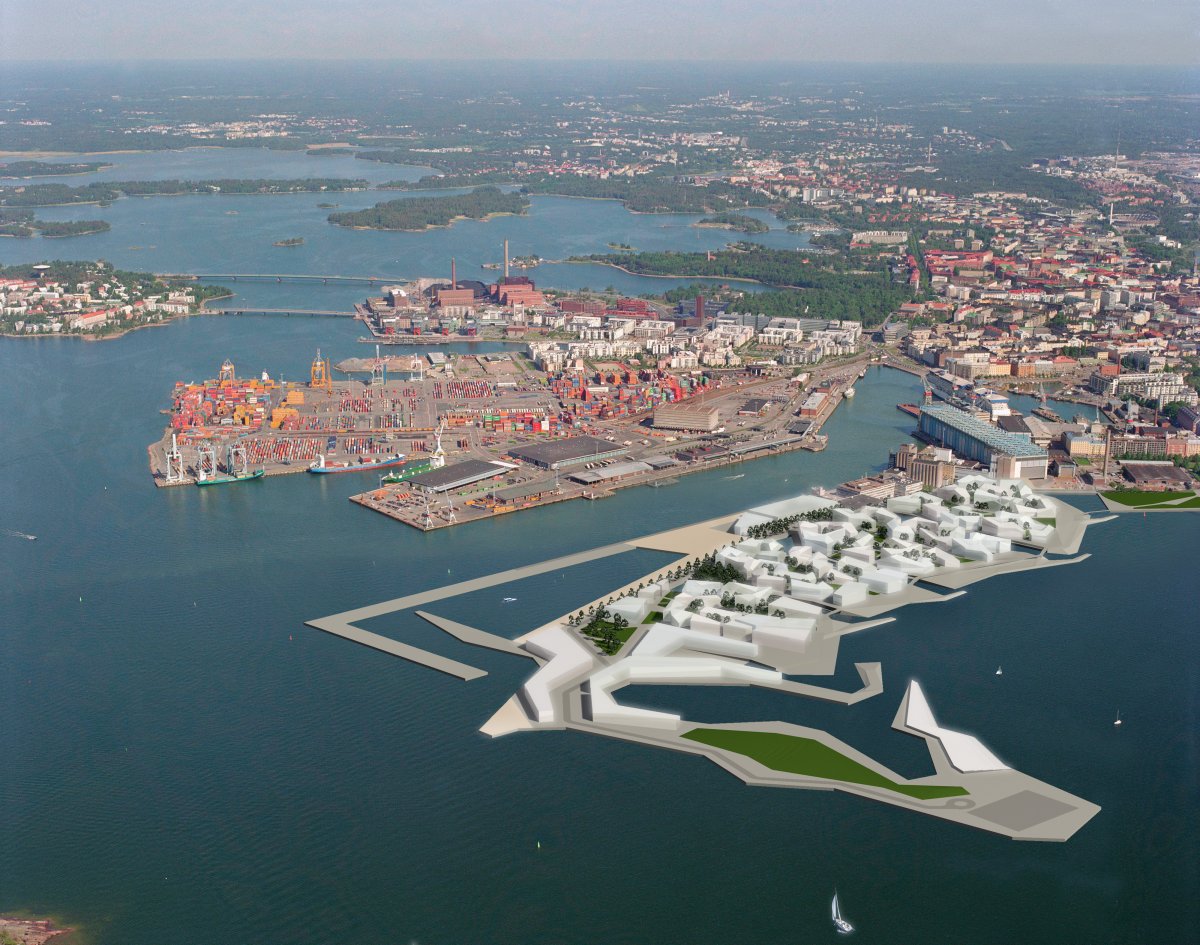 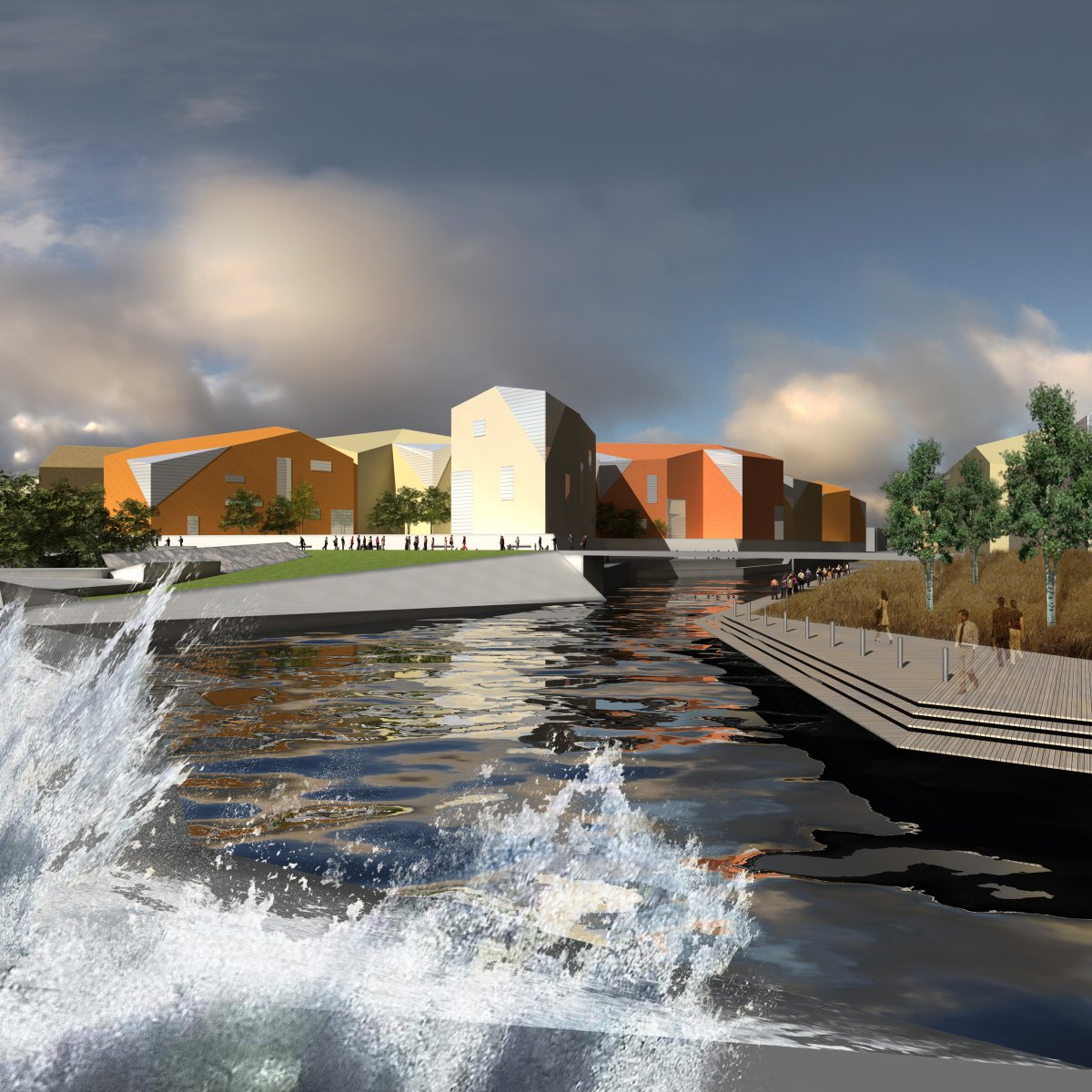