… an ecological updating of the dom communa of the Soviet avant-garde.

… the Sibelius block is an important contribution to the development of medium-rise housing which responds to and respects its magnificent site, and offers its inhabitants a wide and flexible range of opportunities for life.

In 1990, the city of Borås in south Sweden organised an architectural competition for a new garden city. The initiative was made by city building director Hasse Johansson, who hoped the competition to offer new openings for Swedish housing production, which was petrified by bureaucracy. It was a Nordic competition comprising four city blocks, which were intended to be designed by architects from Sweden, Finland, Norway and Denmark. The aim was to build to the woody landscape of varied topography a functioning, close-to-nature community with services, highlighting the best traditions of social housing in each Nordic country.

The experimental building of the Sibelius block consists of two wedge-shaped volumes, between which is a courtyard tapering towards the direction of approach. It is the inhabitants’ shared semi-public, urban area and the children’s safe play area. Access to all flats is from the courtyard, either directly from the ground level or via a stairwell and side corridor, or via a private staircase to first-floor flats. As a counterpoint to the shared courtyard serving as a meeting place, privacy and peace are offered by balconies opening to nature, courtyards pertaining to the ground-level flats on the outer sides of the building, and the roof terraces of the top-floor flats.

All of the 34 flats extend through the building. The two-floor flats have a roof terrace and sauna on the upper floor. The floor plan solutions aimed to make the flats flexibly adaptable to changing situations in life and different life styles. The number of floors varies from one to eight, the volume rising from south-southwest to north-northeast.

The frame of the building is reinforced concrete. The facades, intermediate floors and roof are concrete components. Technical installations are in vertical chutes outside the building frame on the courtyard side to facilitate maintenance and later installations.

The building was covered by a turf roof, where the thickness of the turf layer was about 200 mm. The plan was to cover the building throughout with vegetation by covering the exterior walls with a mesh for climbing plants, so that the building would have grown out of its green surroundings. But this idea collided with the Swedish practice of housing production, where architects are not allowed to supervise work on site. The contractor, Byggfast, refused to carry out the plan. 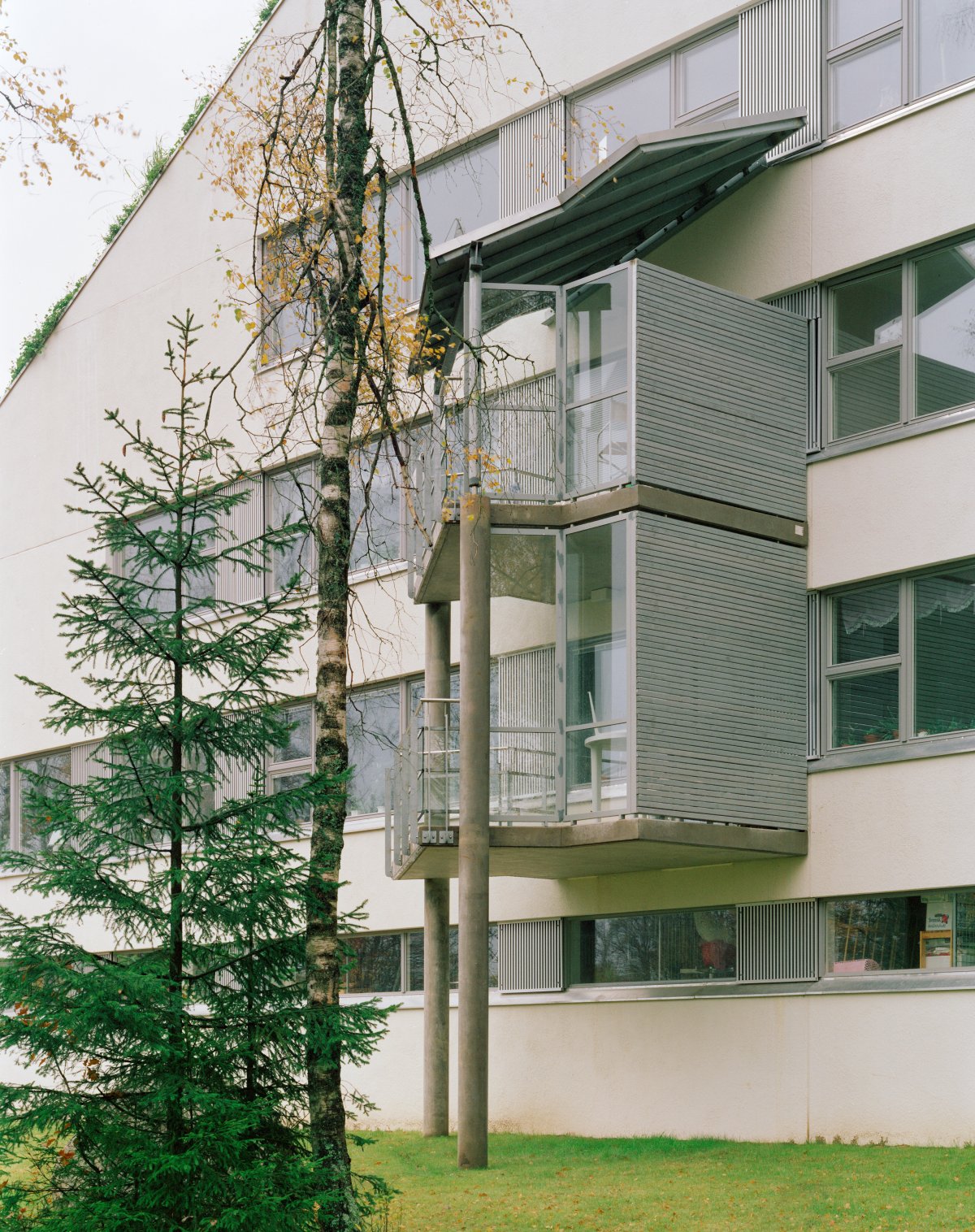 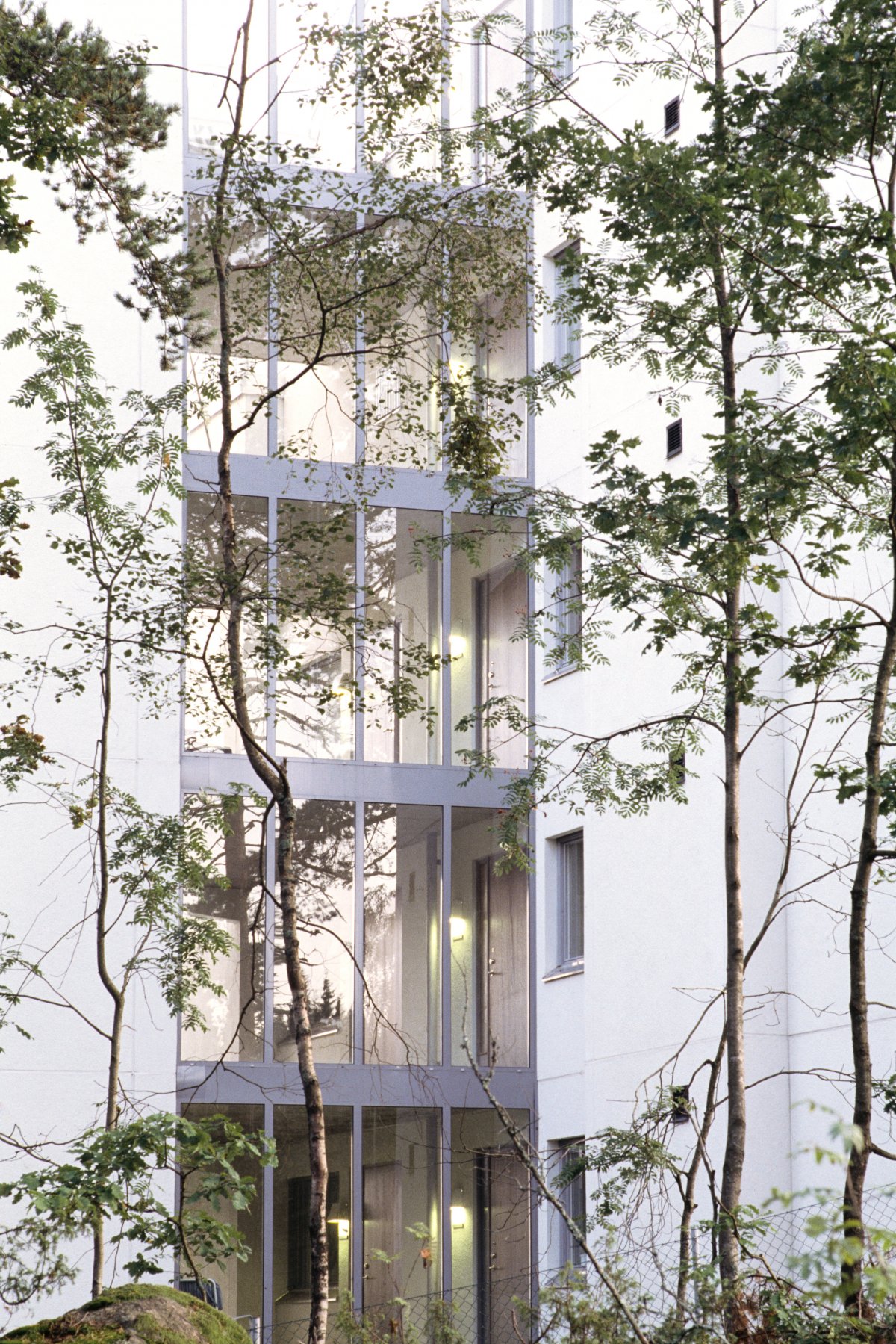 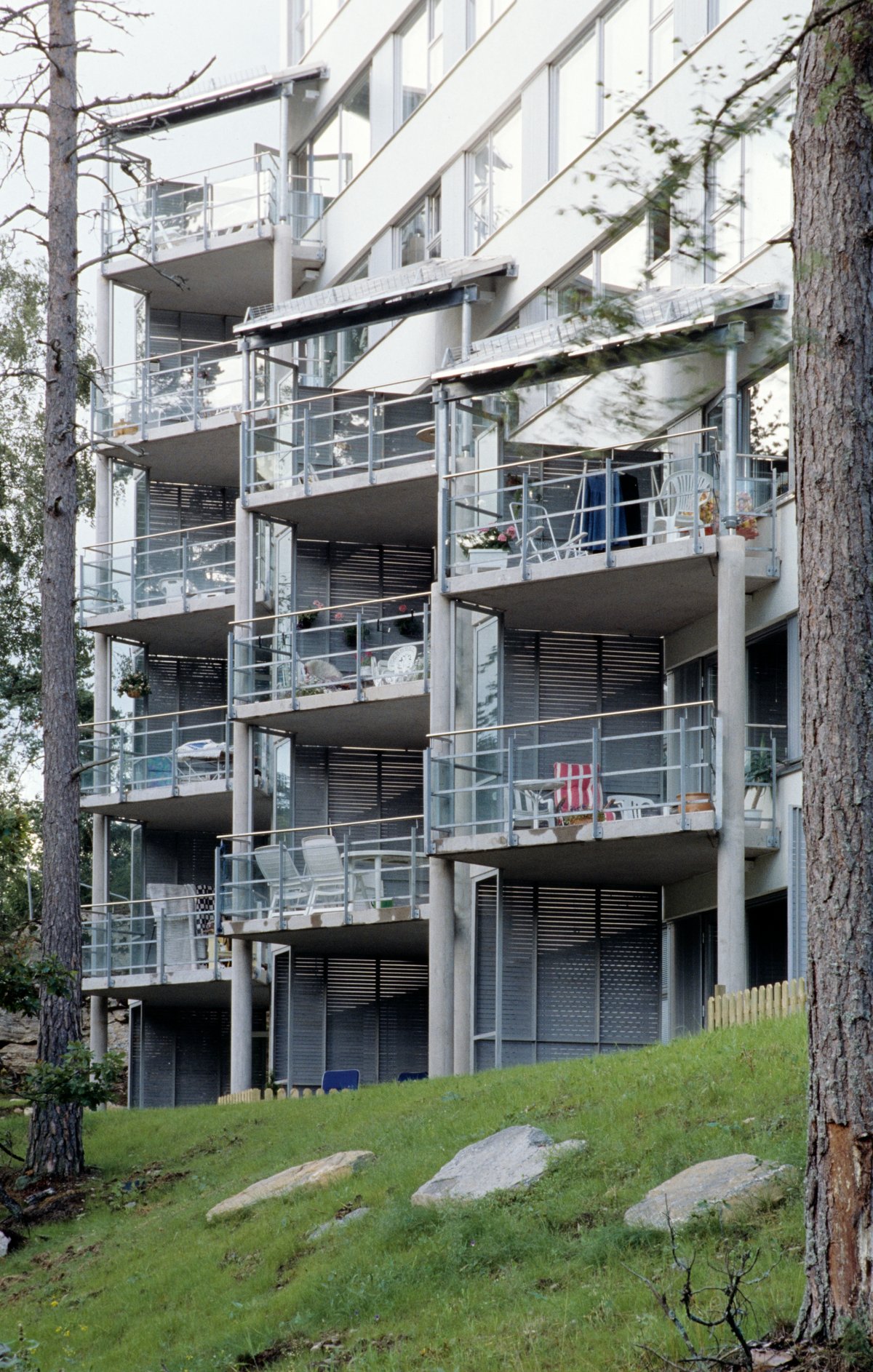