At the beginning of the 20th century Jätkäsaari, Hietasaari and Saukko were still separate islands off the south-western coast of Helsinki. When the construction of a new harbour started in 1913, Jätkäsaari was connected to the mainland by means of a broad bridge and a railway extension was built to serve the harbour. Hietasaari and Saukko were connected to the harbour area by landfill. The West Harbour, then including Hietalahti also, was extended up to the 1970s and landfills around Jätkäsaari were continued. Finally, traffic to and from the harbour grew too heavy for the street network of central Helsinki. Most harbour operations were moved to Vuosaari in 2008; only passenger traffic to Tallinn remained in Jätkäsaari. A new residential area began to be built in the area of the former container port.

A park (Hyväntoivonpuisto) extending through the whole neighbourhood forms the most important green area of Jätkäsaari. The Riontähti (‘star of Rio’) building was constructed alongside its eastern edge. Every flat has a west-north-west view of the park from a balcony or a terrace. The form of the building follows the curving border of the park. Arranged along well-lit access balconies, the flats vary in size from small, efficient two-room flats to the large two-storey flats of the uppermost floor. There are 42 flats in all.

The building has eight floors, the uppermost two recessed from the facade line as stipulated in the detail plan. The ground floor contains a commercial space on the side of Rionkatu street. The playgrounds and rich plantings with rowan and maple trees on the courtyard are shared with the other three buildings of the city block, and a shared garage is found under the courtyard deck.

The facade facing the park, built of pale mould cast Ruukintiili brick, is articulated with flat-specific balconies and varying openings of their blank parts. The courtyard facade features fibre cement sheeting in caput mortuum red to lend warmth to the private side. Warm colouring continues on the interior walls of access balconies, which are visible from the courtyard through large glass walls. 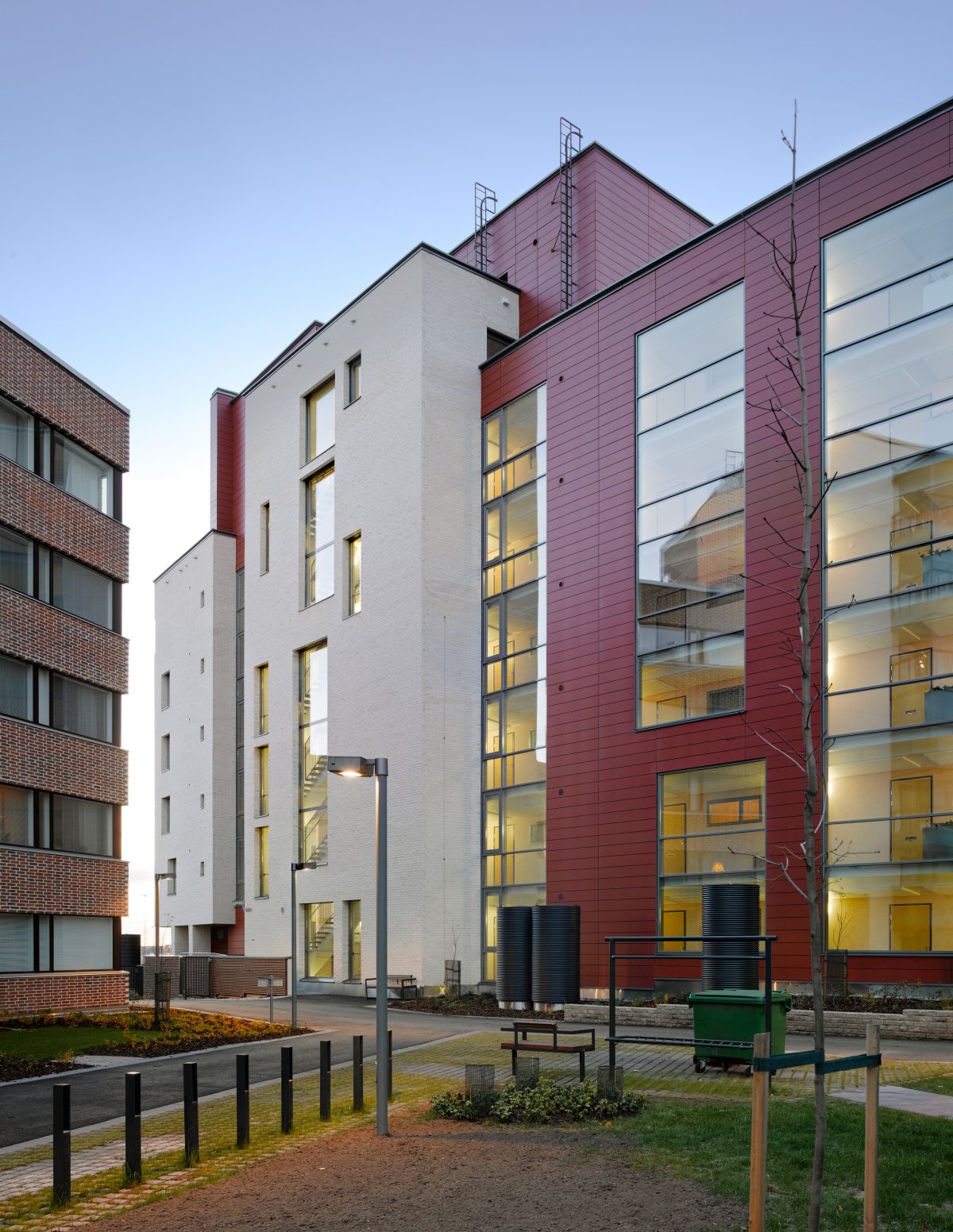 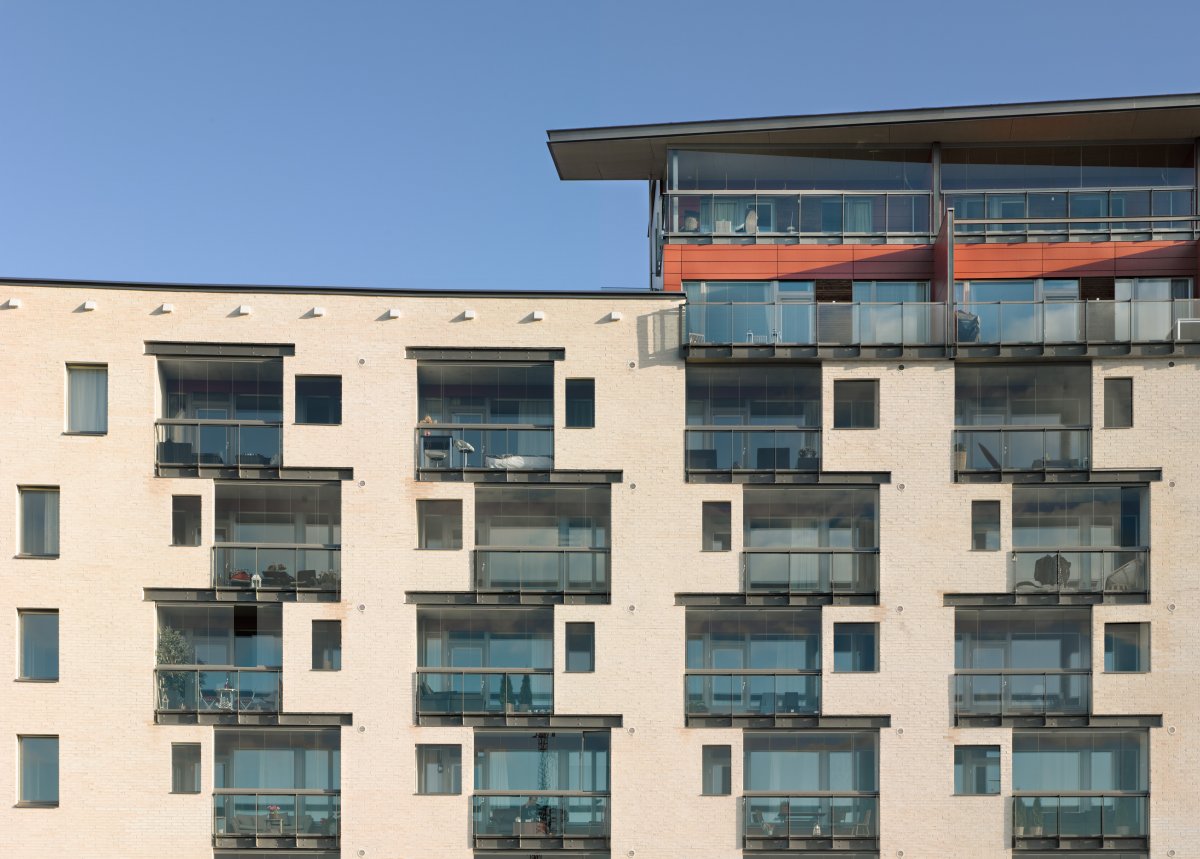 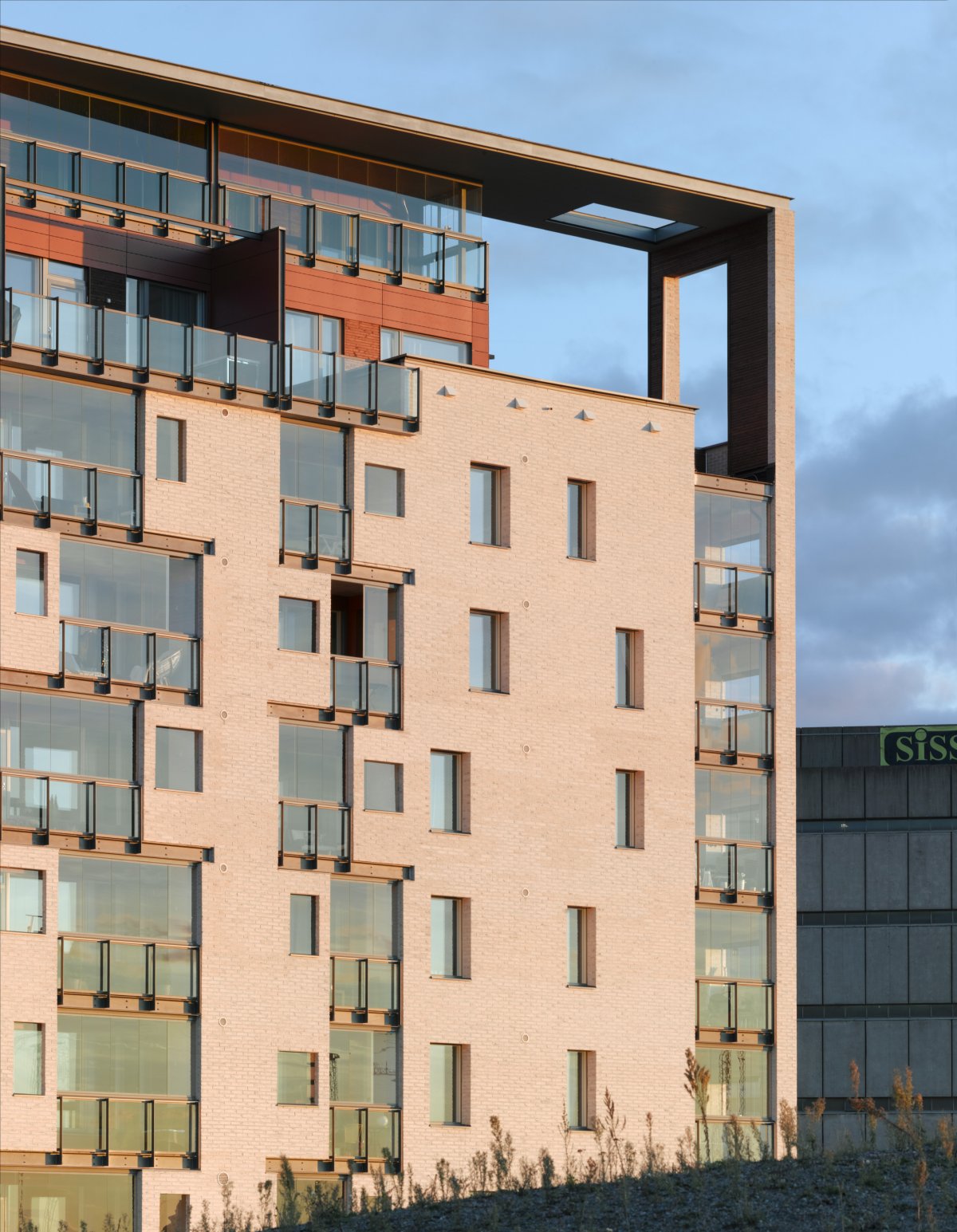