The area of Kivikko, whose name derives, as a Finnish translation, from the age-old Stensböle estate, belonged to the rural municipality of Helsinki until its incorporation into the city of Helsinki in 1946. Construction there started in 1992. The new housing in southern Kivikko was completed in 2017. The first 80 inhabitants moved to the address Kivikonkaari 38 in early 2014. It is one of the buildings of the “Primary-Stingy Block of Flats” project, which is included in Helsinki City’s programme aiming to develop multistorey housing. The objective in the design of the Primary Stingy Blocks was to minimise total energy consumption.

These primary-stingy flats, consisting of both right-of-residence and owner-occupied homes, number 179 in all. In addition to six blocks of flats there are three terraced-house flats. The buildings are on two city blocks with a north-south pedestrian and bicycle passage between them. Energy is saved by heating the buildings with a low-heat hydronic floor heating system, by providing floor heating and ventilation installations with at home/away switches, and by connecting washing machines to hot water. The flats have pellet fireplaces and maintenance systems and the shared saunas have low-carbon pellet stoves. The heat from the stoves is utilised in the heating of shower water (there are no flat-specific saunas). All spaces use district heating, electric fixtures are energy saving, outdoor areas and shared spaces are lit with LED technology, lighting is controlled by motion sensors and energy consumption is monitored. Shading recesses (French balconies) and the courtyard side balconies protect from excessive solar heat.

The buildings form a large, sheltered city block with a unified appearance. The ground floor contains a private kindergarten and business or office spaces. The five-storey buildings at the northern side follow the street line; the three-storey buildings at the southern side are curved, solid and closed. The balconies of the flats as well as the outdoor lounging areas of the saunas and club spaces open towards the inner courtyard. At the western edge of the area is a low, green-roofed parking facility and, as an extension of a street in the south-east, a car park on ground level.

The frames of the buildings are concrete and the facades mainly off-white fair-faced brick laid on site, with small areas of greyish brown fibre cement sheeting. The steel elements have brownish black paint finish and the glazings are clear. Wood with greyish brown transparent coating appears in top-floor terraces and canopies as well as in courtyard fences and pergolas.

The two city blocks have shared outdoor areas with playgrounds, and the courtyard of the kindergarten is also available for residents in the evening. In spite of big level differences, a rather large area of fine exposed rock was preserved in the north-eastern part of the area. The path across the area is flanked by a wetland depression, which was made into a park-like, beautifully landscaped area of rainwater retention and absorption. 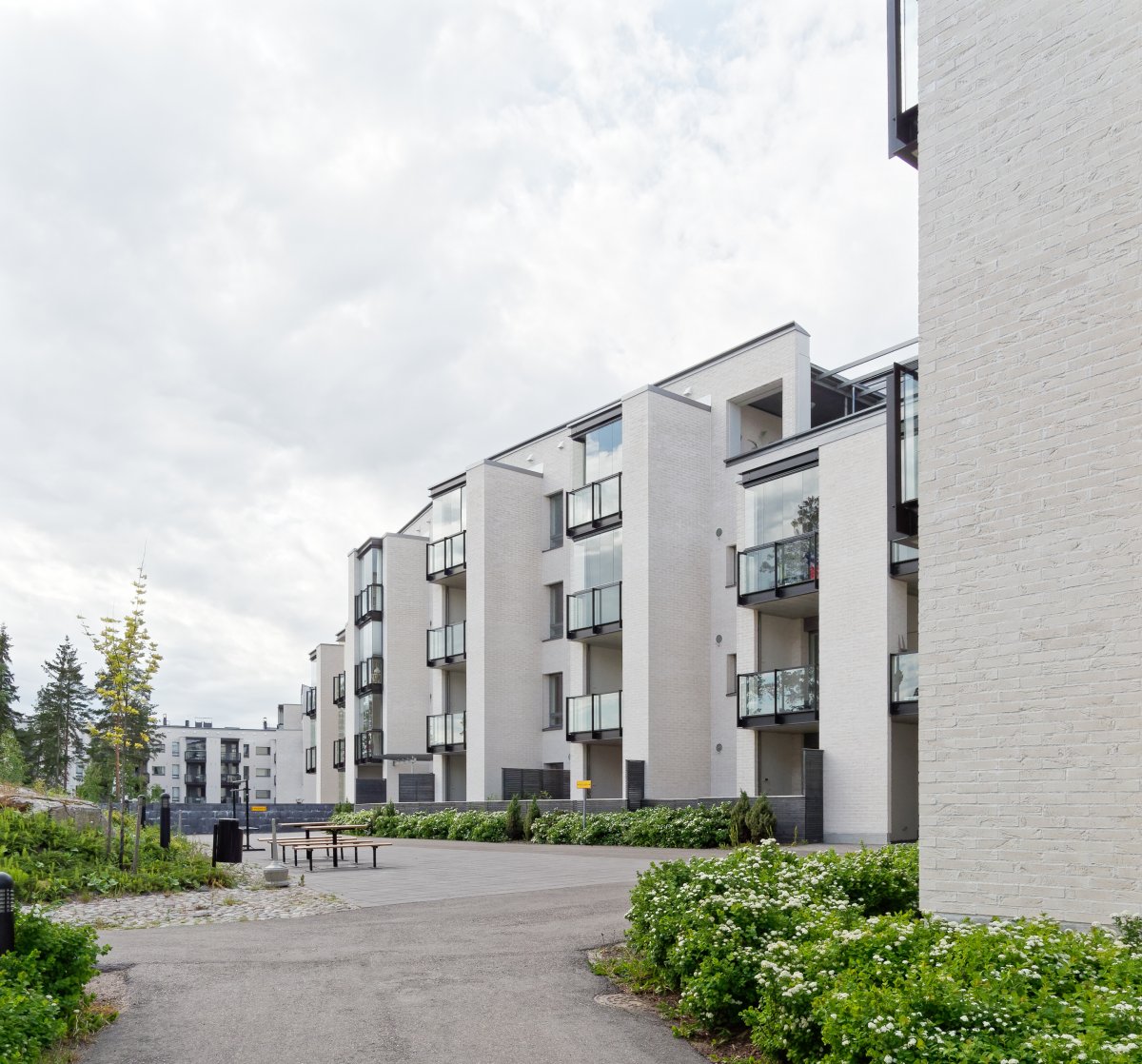 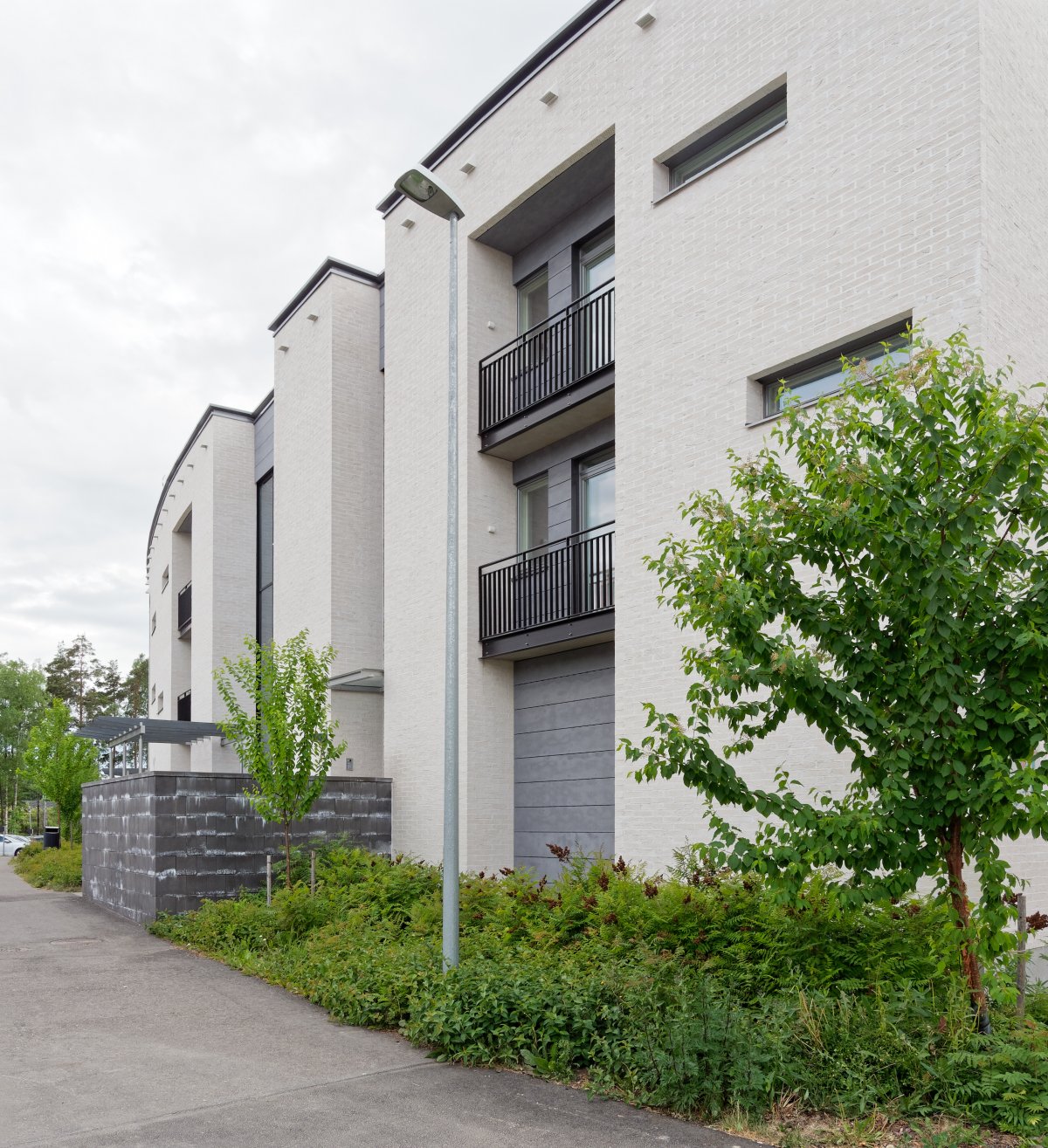 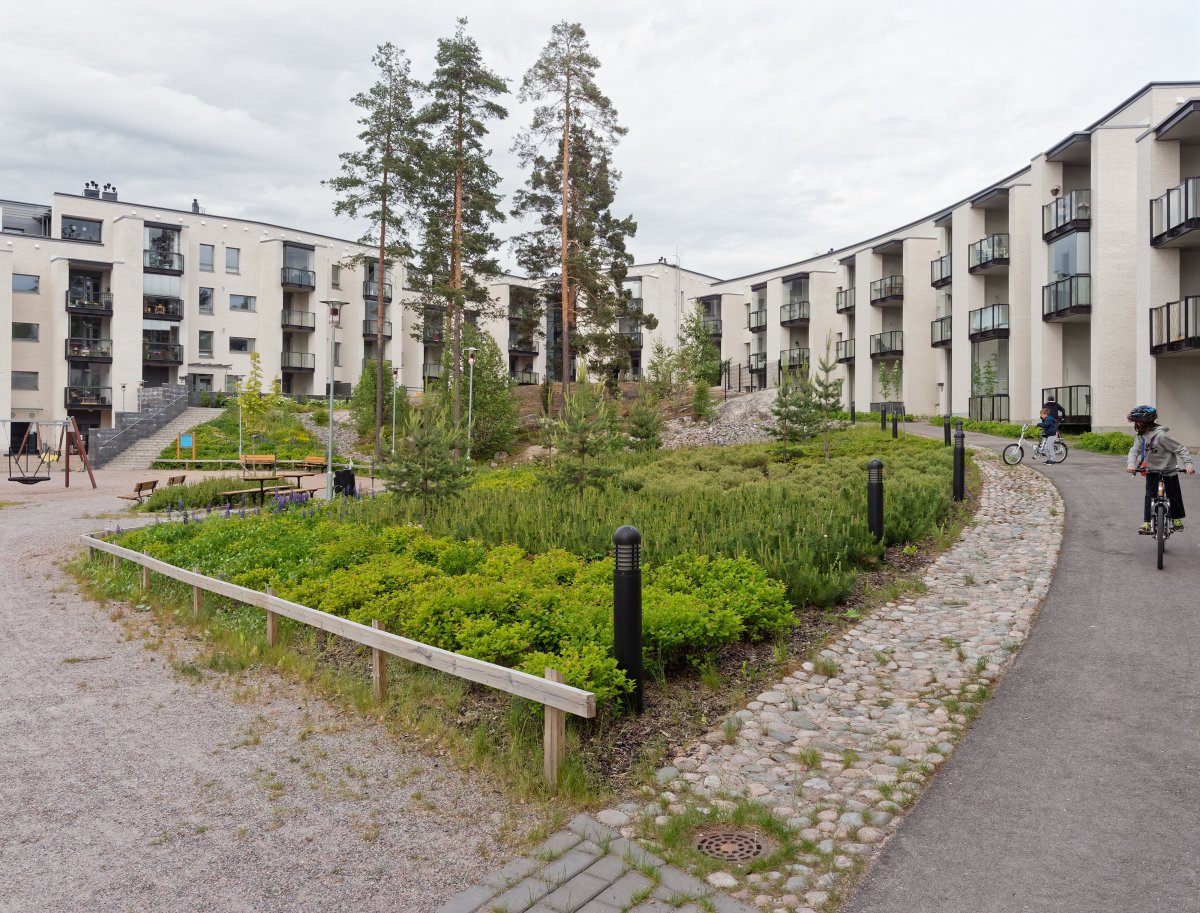 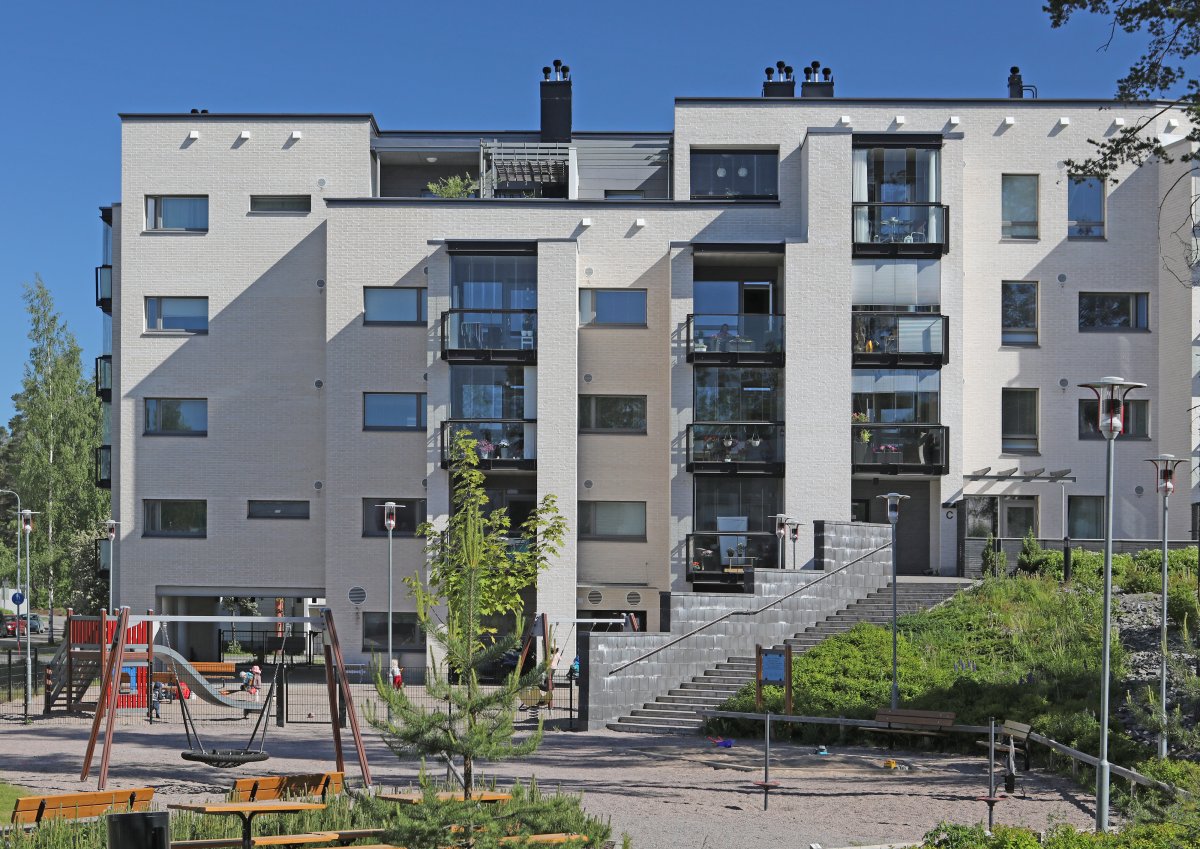