[The scheme] flows and envelops a magnificent slope harmonizing along the ridge. Terraced housing provides a wide garden and the view toward the nature.

Pan-Gyo Housing International Project Competition, description of Helin & Co’s project in the press release of the competition in 2006.

The National Housing Corporation of Korea organised an invited international competition following the rules of the UIA concerning the Pan-Gyo area. Among the competitors were well-known names, such as the Dutch MVRDV and Ben van Berkel. The first prize was shared between three entries, designed by the teams of Riken Yamamoto, Mark Mack and Helin & Co. They were each commissioned to design a third of the area.

The starting point of Helin & Co’s design is the poetic landscape: its inherent rhythm, spaces and altitudinal proportions form the context of the architectural solutions. The ecologically motivated objective was to return to harmonious building that is in balance with nature by way of following the model set by traditional Korean culture. The aim was to achieve a new model for living close to nature by adjusting the forms of the buildings to the topography, vegetation and water conditions of the site.

Local culture is the source where strengths for building a new spatial interpretation must be drawn from. The Korean collaborator helped understand local life and dwelling. Yet the flats at Pan-Gyo are very Scandinavian in their spatial organisation, which the client found a positive thing. Differences appear in sanitary and utility rooms and kitchens.

Bands of buildings undulating in conformity with contour lines embrace common green areas with playgrounds and brooks. The green zones extend through the area to connect to a park situated higher up and to neighbouring city blocks. The design of the terraced low-rise buildings and blocks of flats is based on one and the same morphology in terms of both scale and dwelling type, creating a coherent townscape.

First-class Korean concrete work comes into its own in the facades and structures. Thanks to the mild climate of Seoul, there is no need for heat insulation and cold bridges are no problem; the architectural idea can be expressed clearly. 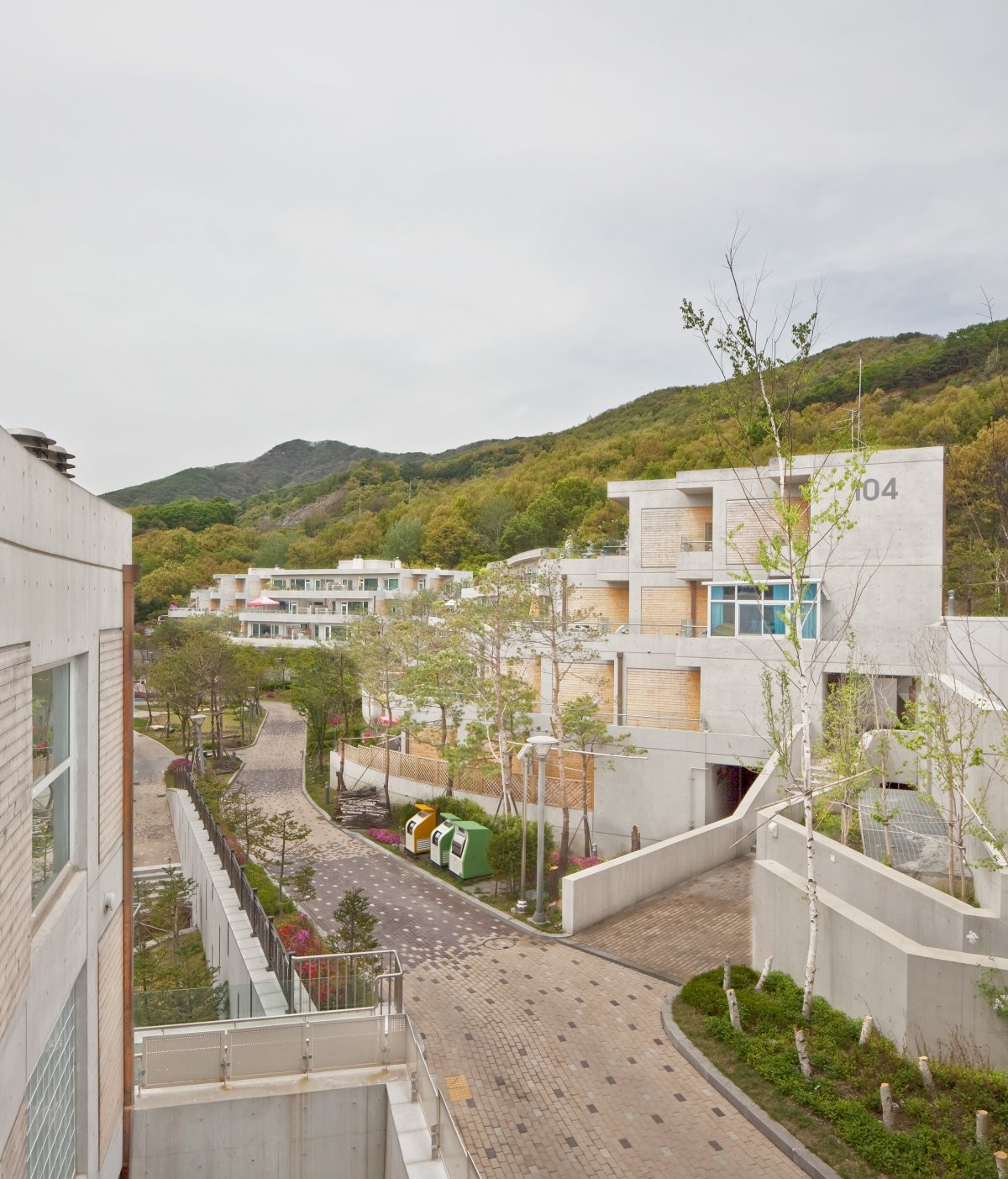 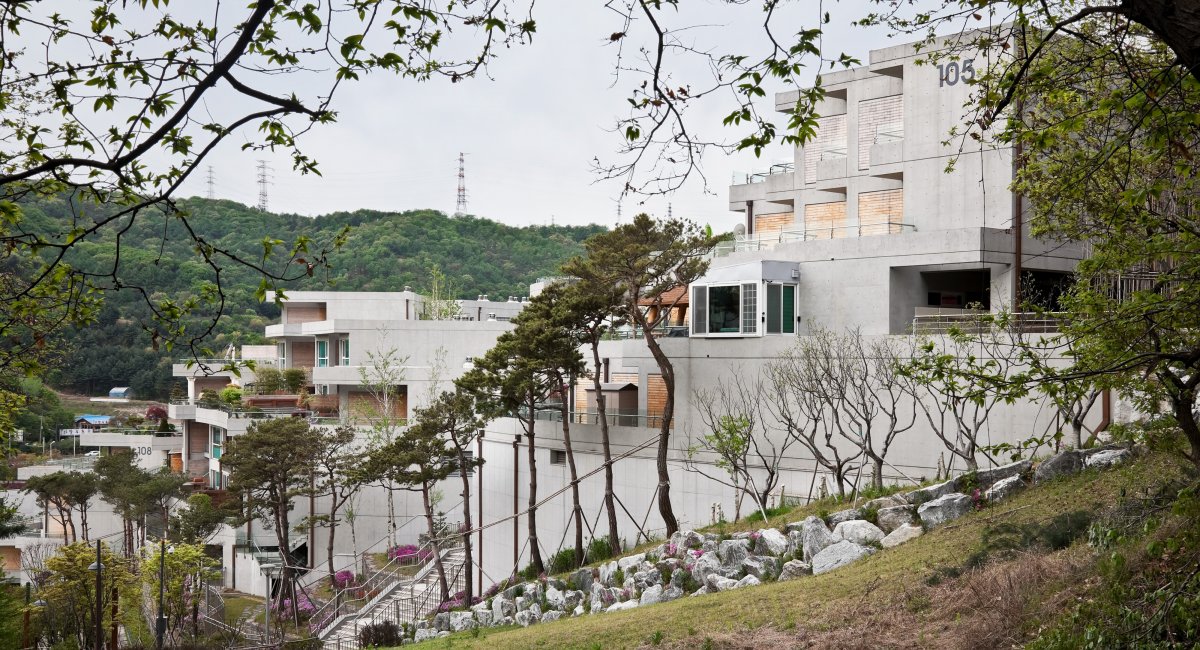 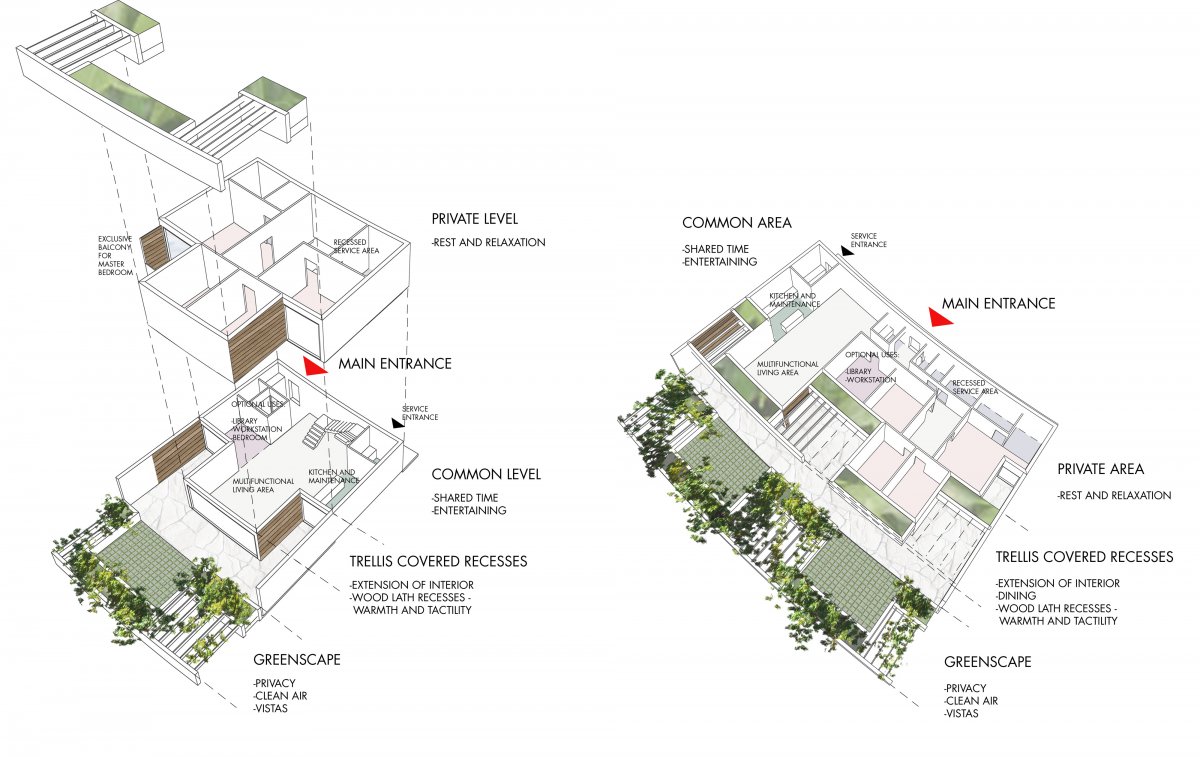