…the architects have made a most elegant and inspiring series of relationships between standardised industrial production of space in volume and the needs of particular families and individuals. Ruoholahti shows how generous social vision, an inventive understanding of how to use technology for human ends – and optimism – can be invested to make the world a better place to live in.

Laivapoika is in many respects an exemplary block of flats, well suitable to be a present-day flagship.

Grounds for the Concrete Structure of the Year Prize, Helsingin Sanomat 9th February 1995

Journalist Riitta Astikainen, roaming Helsinki’s new neighbourhoods Herttoniemenranta and Ruoholahti when they were under construction in 1995, noted, The more mediocre, the better. That is the spirit of construction in Helsinki. In her article published in the monthly supplement (Kuukausiliite) of the Helsingin Sanomat newspaper, she also found a successful site. Architect Pekka Helin’s office has designed a handsome building for Ruoholahti, the Laivapoika block of flats, she wrote and asked, How was this building achieved, so clearly standing out from its surroundings?

According to Pekka Helin, who was interviewed in the article, the starting point was to design the best floor plans possible. The plans deviated from the typical solutions of the time. The average area of the flats is 68 m², and many of the larger ones can be divided. Each flat has a spacious balcony or roof terrace, and some include a sauna. It proved laborious to reconcile the form of the city block, the manifold detailed plan provisions, the gross floor area and the detailed programme, and it took three months of intensive effort to manage to do it. At the same time we struggled with the cost and were forced to make changes in every phase.

The site of the building is visible and prominent: the eastern side borders the new neighbourhood towards the city centre and the northern wing forms the cityscape towards the Ruoholahti canal. The facades had to be given the right kind of rhythm. The building mass of the city block was divided into three parts. The parts have six storeys each, with the exception of the eight-storey corner tower. There are six stairwells. The steel-structured balcony verticals join the parts of the building mass together. The fields of glass filigree in the balconies gather and reflect light like a prism along the course of the day.

For cost-saving reasons, Laivapoika was built of concrete elements. Their size was scaled down by placing the joints in line with window heads and bottoms, although this was technically more difficult than aligning them with intermediate floors. The blue-grey colour of the elements was produced by mixing white concrete with blue and black. The colours had already been tested in the element factory. The grooves on the surface of the elements were formed with a mould that was specifically made in the factory according to a cardboard model given by the architects. The volume was lightened by placing the windows near corners, which were clad with sheet metal. On the street side the ground-floor facade cladding is matt-honed black granite. Slate walling built on site borders the west-facing paved and planted courtyard with playground and pastime areas. Communal spaces are found on the ground floor, and there is a communal sauna with roof terrace on the top floor. The design of the stairways was given special attention to make them welcoming.

Besides standard flats, the building contains special flats for disabled and old people, artisans and a family group home. The ownership of the flats varies, which is typical of the new buildings in Ruoholahti. The Laivapoika project included non-subsidised owner-occupied flats and state-subsidised owner-occupied and rental flats. The price per square metre when the building was completed was relatively low, around 6,300 Finnish marks – some 2,000 marks lower than the prices in a near-by non-subsidised price-regulated building completed at the same time.

The architect gained a reputation as a strict guy during the building process, but there were also strokes of luck along the way: There was a good contractor, an absolutely superb general foreman and good element designers. Only with the sheet metal contractor did we have to fight hard and redo things. 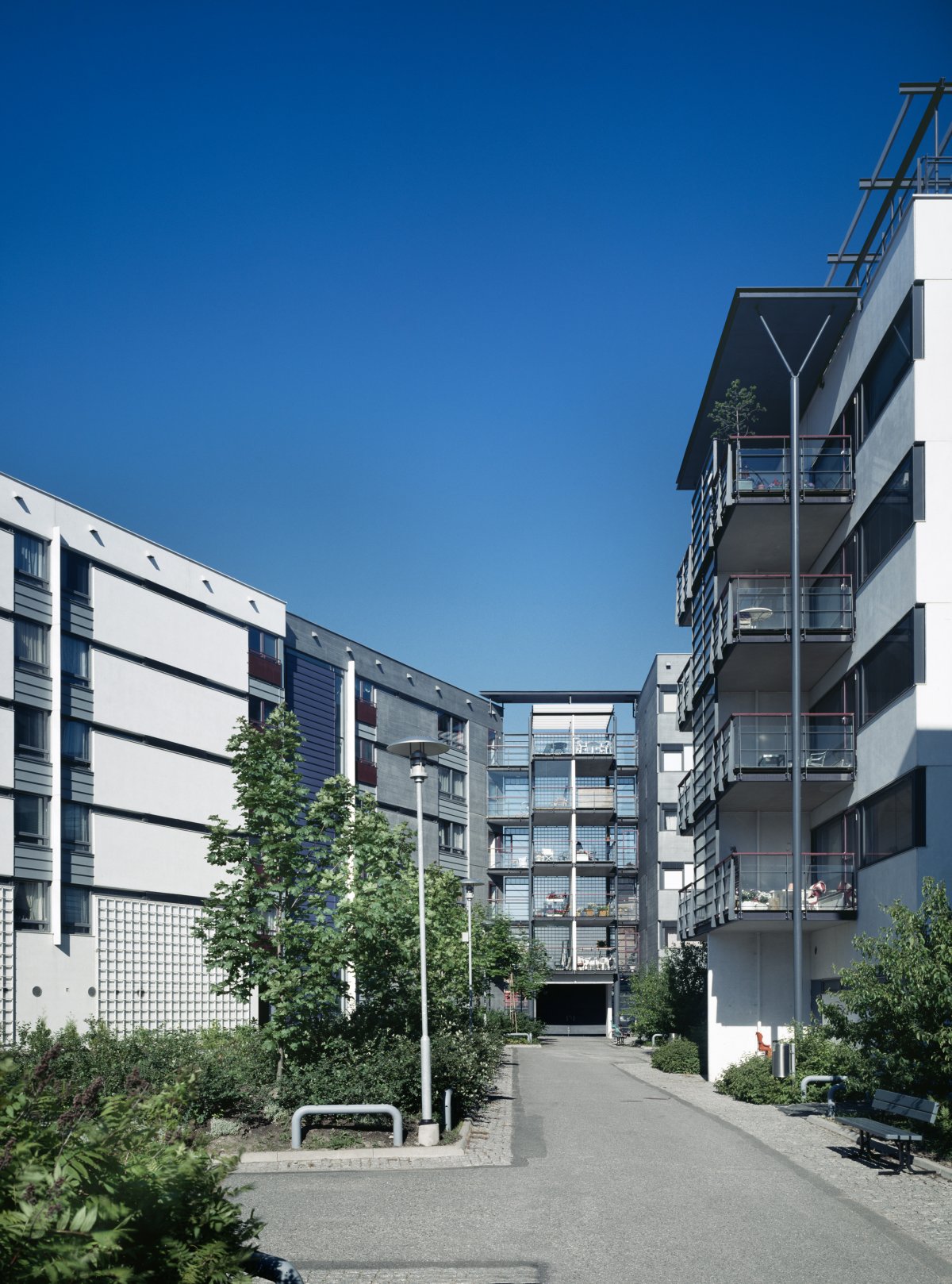 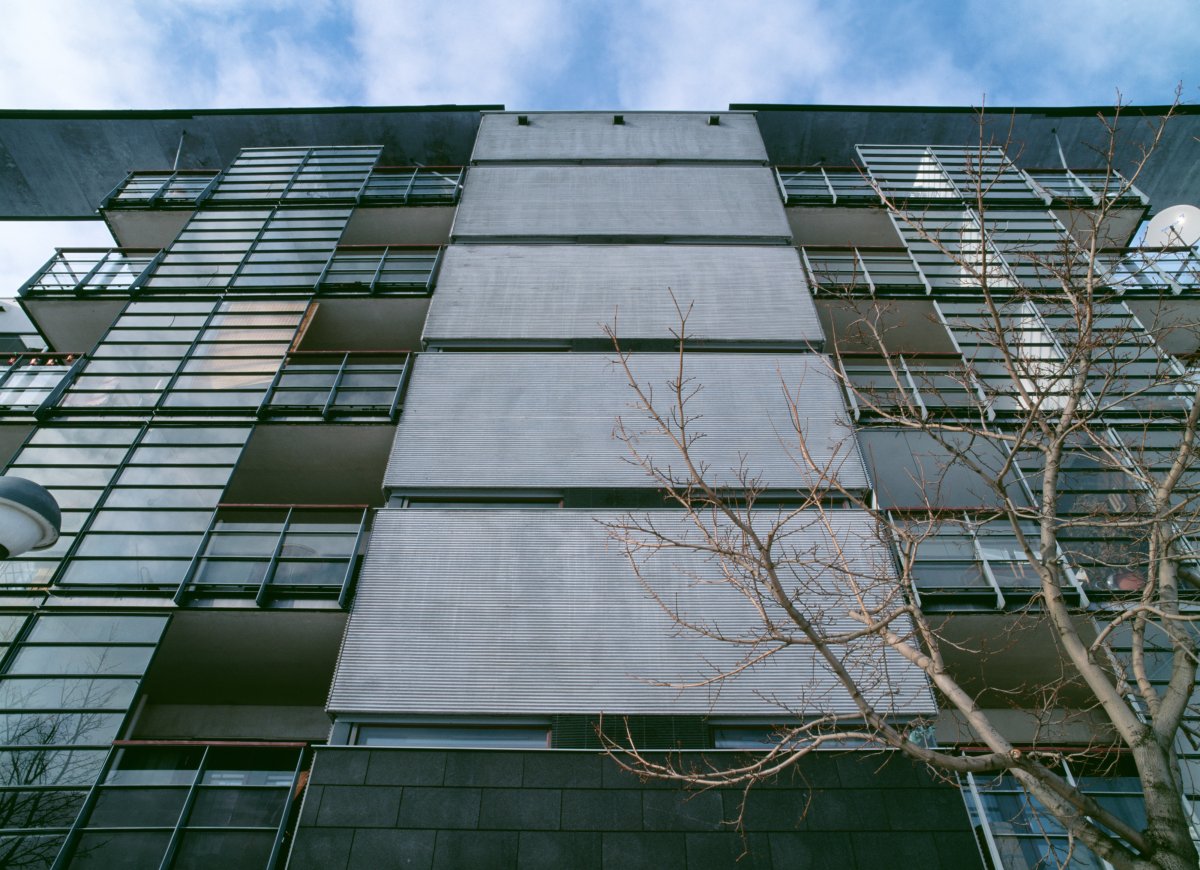