Eiranranta housing… is a set of tall, lively and beautifully scaled towers with industrial overtones connecting the buildings to its surrounding context… lively arrangements with such variety as this are unusual in tower typologies, which are more prone to endless repetitions of identical forms and materials… there is an excellent sense of scale with a clear tribute to both the typologies of industry and housing… although predominantly a white modernist vocabulary, these buildings represent an evolution of the lively sense of scale pioneered by earlier modern Finnish designers.

The appearance of the buildings was considered successful and emphasizing the uniqueness of the place.

The site of the Eiranranta (‘Eira shore’) blocks of flats was originally a wide, open, rocky seashore area in the south-west corner of the Helsinki peninsula. There was a bathhouse at the turn of the meandering shoreline opposite the Munkkisaari island; a wooden bridge led to Munkkisaari as an extension to Hernesaarenkatu street.

In the early 1900s the area was designated for industrial use. The first industrial building there was Helsinki Gas Department’s little ancillary factory with a round gas holder. Later on, it was followed by workshops, engine works, storehouses and junkyards; the railroad running beside the shoreline rocks is marked in a map drawn in 1909. Over the years, the Munkkisaari island was connected to the mainland and landfills moved the shoreline further away. In the 1960s the motley buildings gave way to a municipal sewage treatment plant with an underground tank and a heating plant of the municipal electricity company. These were replaced by new residential blocks in the 2000s.

The new buildings relate to the consistent villa district of Eira, east of the new residential site, built on the basis of Lars Sonck’s town plan scheme in 1910–14. The three blocks of flats stand on the front line against the sea; all flats afford unimpeded views of the Gulf of Finland and the archipelago off Helsinki. Close by are the historic Kaivopuisto park, a waterfront boulevard with cafes, harbours with connections to the beaches and restaurants of the nearby islands, and boat piers of yacht clubs.

The principal material of the facades is rendered brick masonry. The exterior colouring complies with the palette of the neighbouring city blocks. The facades are partly clad with Finnish granite and painted metal panels and louvring.

The total number of flats is 45. All are adaptable, the sizes varying from 80 m² to 270 m². Each flat has a sauna or a large tub in connection with the bathroom, a balcony or terrace and a fireplace. The room height is over three metres. The main living spaces of all flats – in the largest ones also the dining room, library-study and master bedroom – open up to the sea. The topmost, two-storey studios have views also of the historic Eira and sunset from their terraces. The back walls of the balconies of the flats facing the sea are undulating picture windows extending from floor to ceiling.

Further information in the book Kaija Ollila, Kirsti Toppari: Puhvelista Punatulkkuun, Helsingin vanhoja kortteleita, Sanoma Oy 1975; in the photographic collections of Helsinki City Museum, on the Finnish webpage of the National Board of Antiquities and on the webpage presenting historical maps of Helsinki.

Further information on the history of the islands of Helsinki in Tikkanen Sallamaria, Paratiisit ja niiden varjot, on the webpage Ympäristöhistoria. 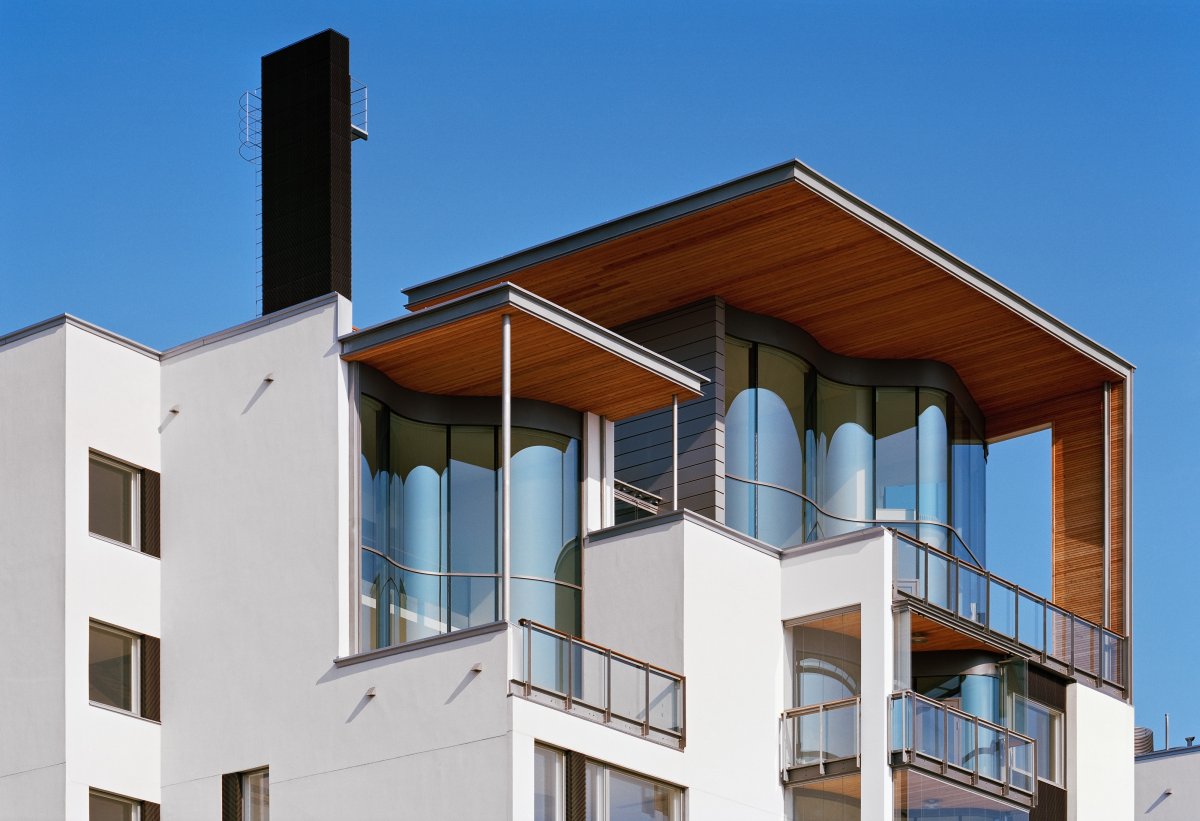 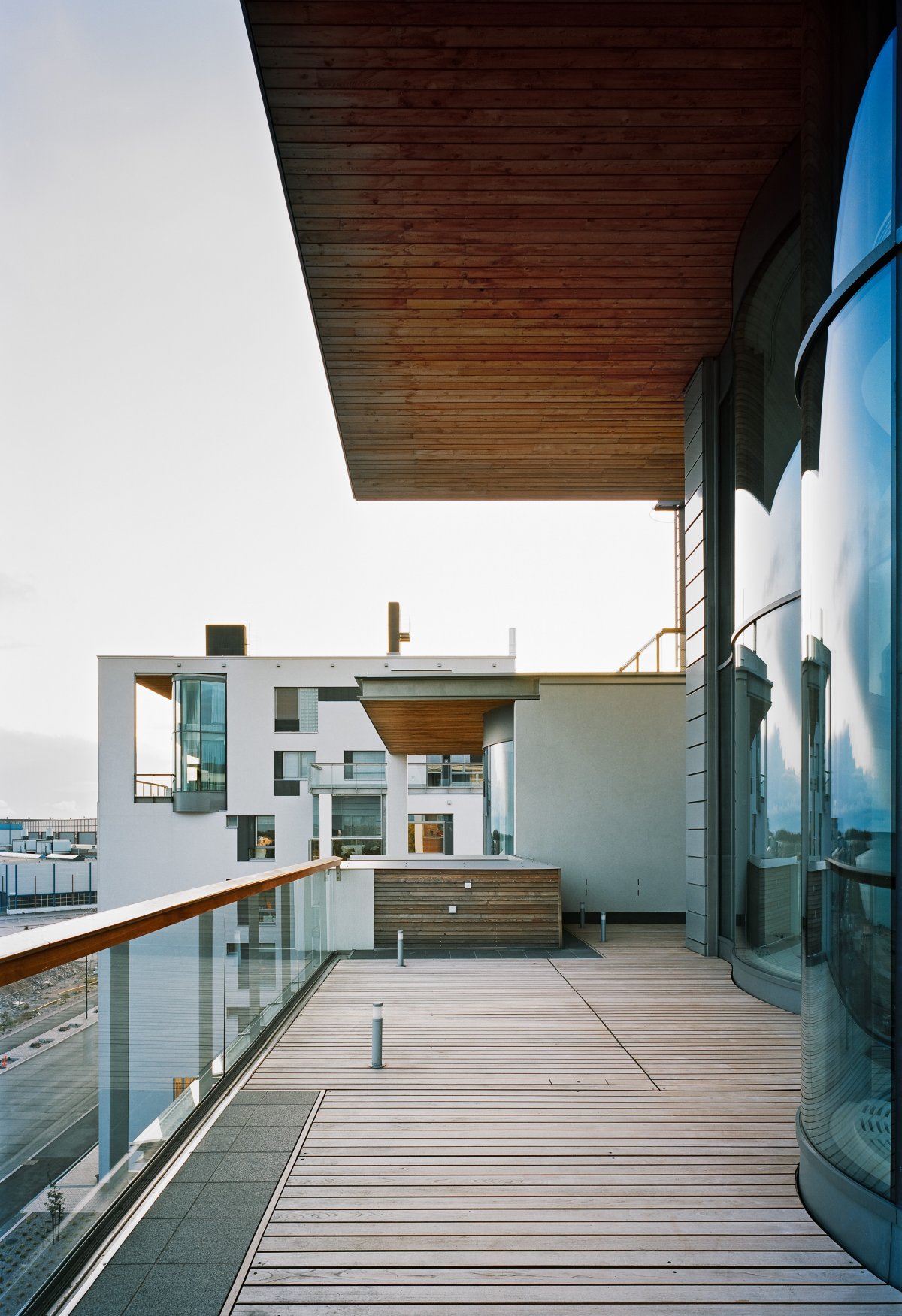 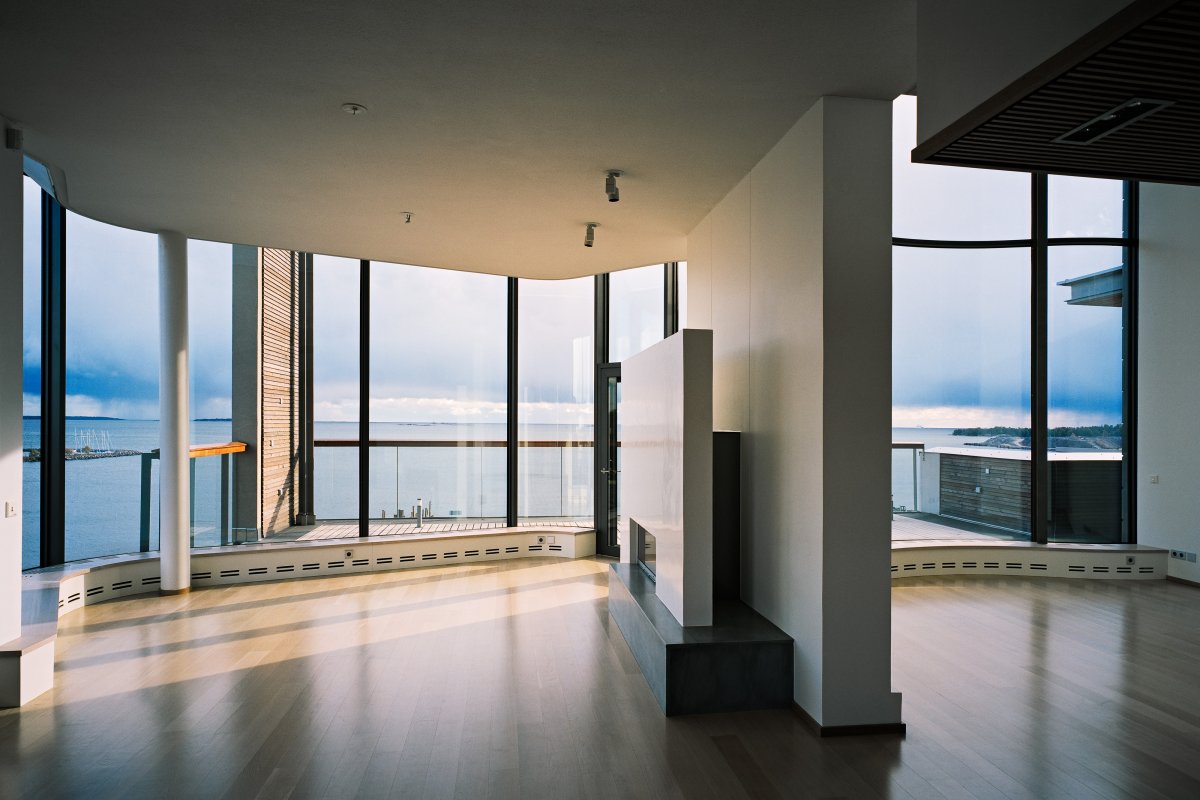