The village of Vuosaari was part of the rural municipality of Helsinki until 1966, when a bridge was opened between the village and Helsinki’s Vartiokylä district and Vuosaari was incorporated into the city of Helsinki. The villa settlements on the Kallahdenniemi and Ramsinniemi peninsulas date back to the beginning of the 20th century, but otherwise the area was agricultural until the Saseka company started the production of sandlime brick and lightweight concrete there in the 1930s. In 1978 these operations were moved elsewhere.

Blocks of flats and terraced houses began to be built in Vuosaari in the mid-1960s. A new, intense construction phase began in the early 1990s. Nowadays Vuosaari with its 39,000 residents is the largest city district in Helsinki and also unusually multicultural: many of the 137 mother tongues of Helsinkians are spoken there. Over the next ten years, its population may grow by another 10,000.

The Aurinkolahti neighbourhood by the beach was built in the 2000s. At the same time the Uutela canal was built on the eastern side of the area, and the last blocks of flats around the canal were completed at its end by the mid-2010s.

The Aurinkohalssi building (‘sun tack’, referring to a sailing boat) is situated near the salmon steps on Hellekuja street. The south-eastern balconies afford views over the canal and the forest beyond. The building has 48 rental flats arranged around two stairwells, varying in size from small studios to large flats of three rooms and kitchen. The rooftop floor contains two owner-occupied flats. The garage under the courtyard deck is shared with the buildings surrounding the end of the canal. The ground floor houses common facilities and a business space, all having access to the northern side of the building as well as to the south-side arcade under the balconies. The courtyard area on the canal side is provided with a playground and pergolas, one of which separates the Helleaukio square from the courtyards of the buildings at the end of the canal and also provides a rest stop for residents as well as joggers.

The facades are clad with white rendered brick and white and dark grey sheetmetal panels. The back walls of balconies have dark blue boarding. 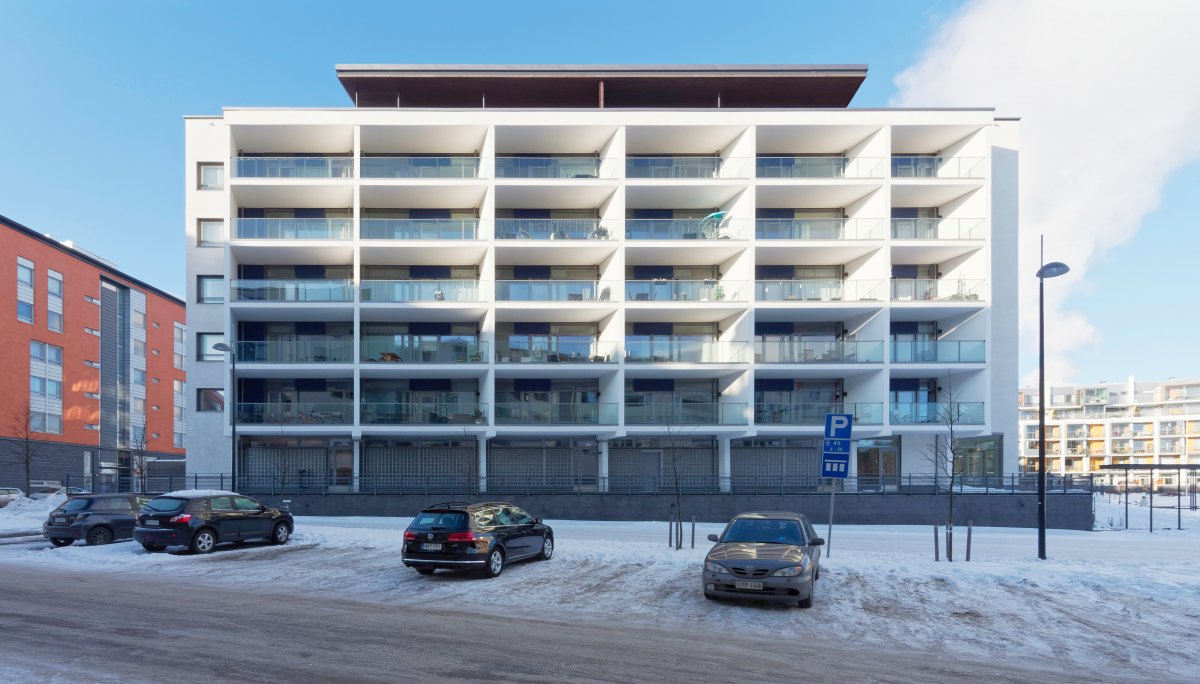 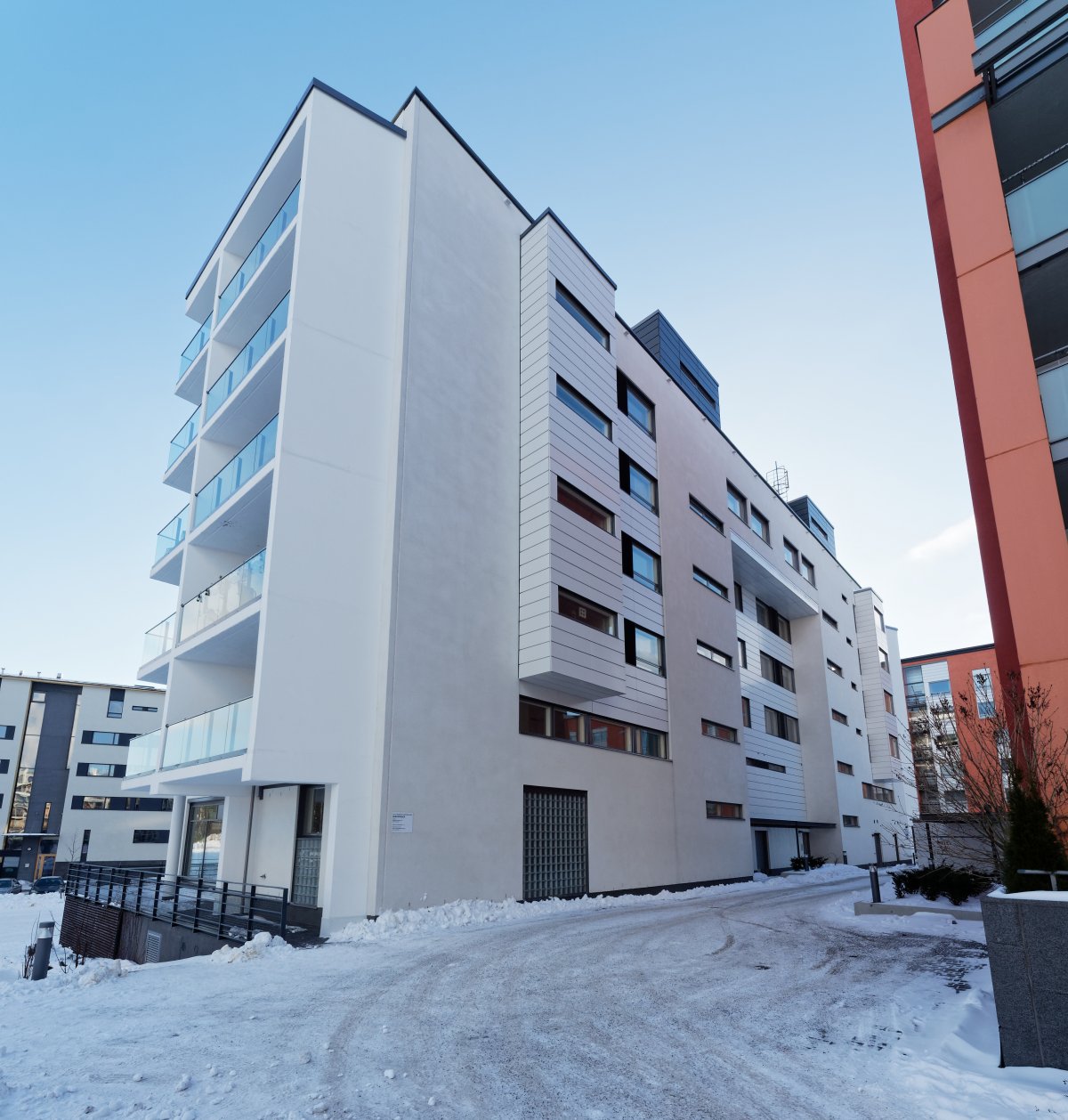 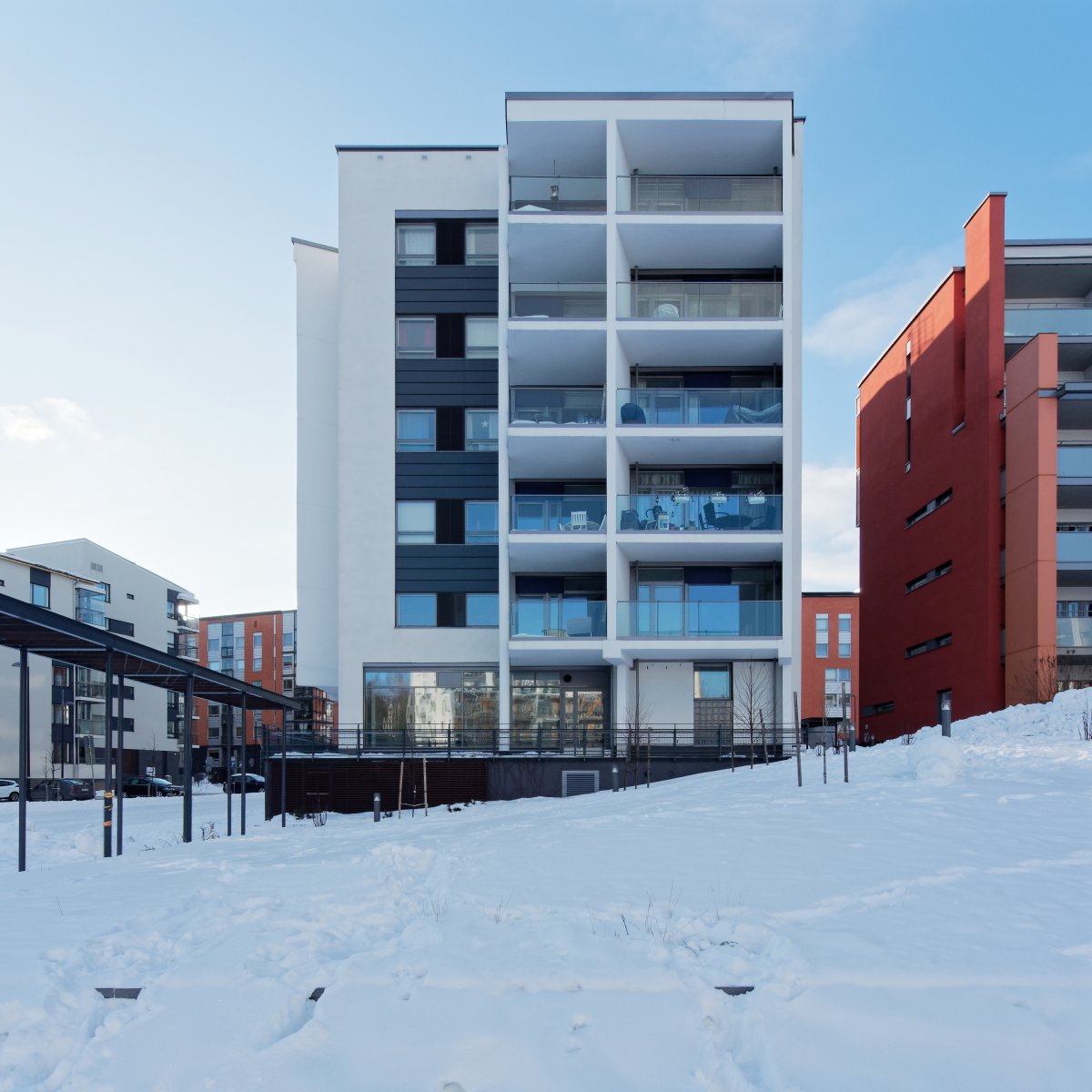