A harbour railway was built in the early 1860s from Pasila along two streets to Suvilahti to serve the Helsinki Eastern Harbour. It started operation in 1863, soon after Finland’s first passenger railway (Helsinki–Hämeenlinna) had been completed. In the following decades the railway was extended north and south. It underwent reconstructions up to the 1960s but then gradually its operation terminated, and in the early 2000s it was finally demolished.

This railway gave the name of the street, Satamaradankatu, that borders the Nordea site in the north-east. The other bordering streets are Fleminginkatu in the west, Aleksis Kiven katu in the south and Kustaankatu in the south-east. The whole city block belongs to Nordea. We designed the buildings on Aleksis Kiven katu 9 and Satamaradankatu 5 (2001 and 2003) and were the architectural and principal designers of the entrance arrangements of the block and the courtyard alteration (2005) as well as the alteration project of the restaurant (2017). The new buildings comply with the detail plan of 2000, which is based on a preliminary plan designed by us.

The harbour railway once gave rise to an industrial zone built here on the basis of the previous detail plan of 1901. Valuable parts of this building stock are existent on the Nordea block. The oldest of them is the sugar and syrup factory built in 1898 to designs by K. F. Andersson. It was bought in 1916 by Juho Merivaara, owner of an iron bed factory, who commissioned an extension design from Väinö Vähäkallio. The design comprised an office building and three factory wings, of which only one was built. In 1928 the building was occupied by the Sisu-Auto car business, which operated there until the end of 1985. The HOK bakery designed by Erkki Huttunen was completed in 1937. The KOP bank built its computer centre on Aleksis Kiven katu 5 in 1962 and later extended it by a copper clad building at the eastern end of the block (Ilmo Valjakka, 1972–73).

The Aleksis Kiven katu 9 and Satamaradankatu 5 buildings are modern, well-equipped, adaptable office buildings, which reflect their time and are built by quality focussed standards. The client made a point of a healthy and functional working environment: both buildings were involved in the “Healthy House” project. Aleksis Kiven Katu 9 was named the Environmental Deed of the Year in 2001.

Both buildings are located at the termination of a street view, Aleksis Kiven katu 9 at an urban hub as well. The materials and colours of the facades correlate with the surrounding building stock while also lending an idiosyncratic layer to the cityscape. Before the formation of the Nordea Campus, Satamaradankatu 5 provided the main entrance to the city block. Now, the restaurant courtyard of the building at the centre of the city block forms a covered, terraced piazza-like space with a view the height of a whole wall towards the iron bed factory.

In 2014, Nordea decided on a further development of the city block. The main entrance and customer traffic were centralised instead of the former three entrances, with the aim to achieve an open block structure and outward orientation. The courtyards formerly mainly used for parking and maintenance were refurbished to serve pedestrian traffic as welcoming urban spaces with finished surfaces, plantings and lighting arrangements. A new entrance lobby was arranged in the courtyard wing of Satamakatu 5, access to the plot being mainly from Aleksis Kiven katu street through the gateway of the former bakery building. The former fire lane flanking the iron bed factory was refurbished as a passage within the block towards Satamaradankatu street. A comprehensive alteration of the restaurant in the iron bed factory building was completed in 2017. Its interior decoration was not included in the architect’s task. 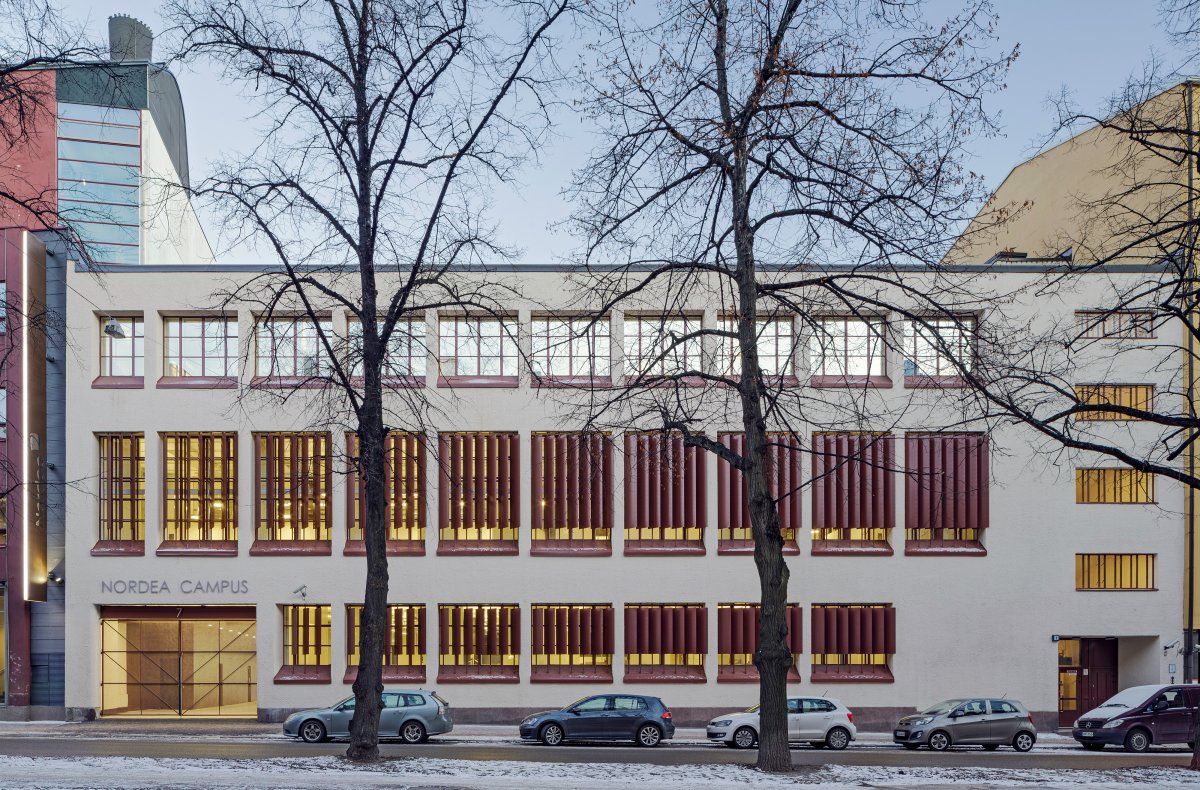 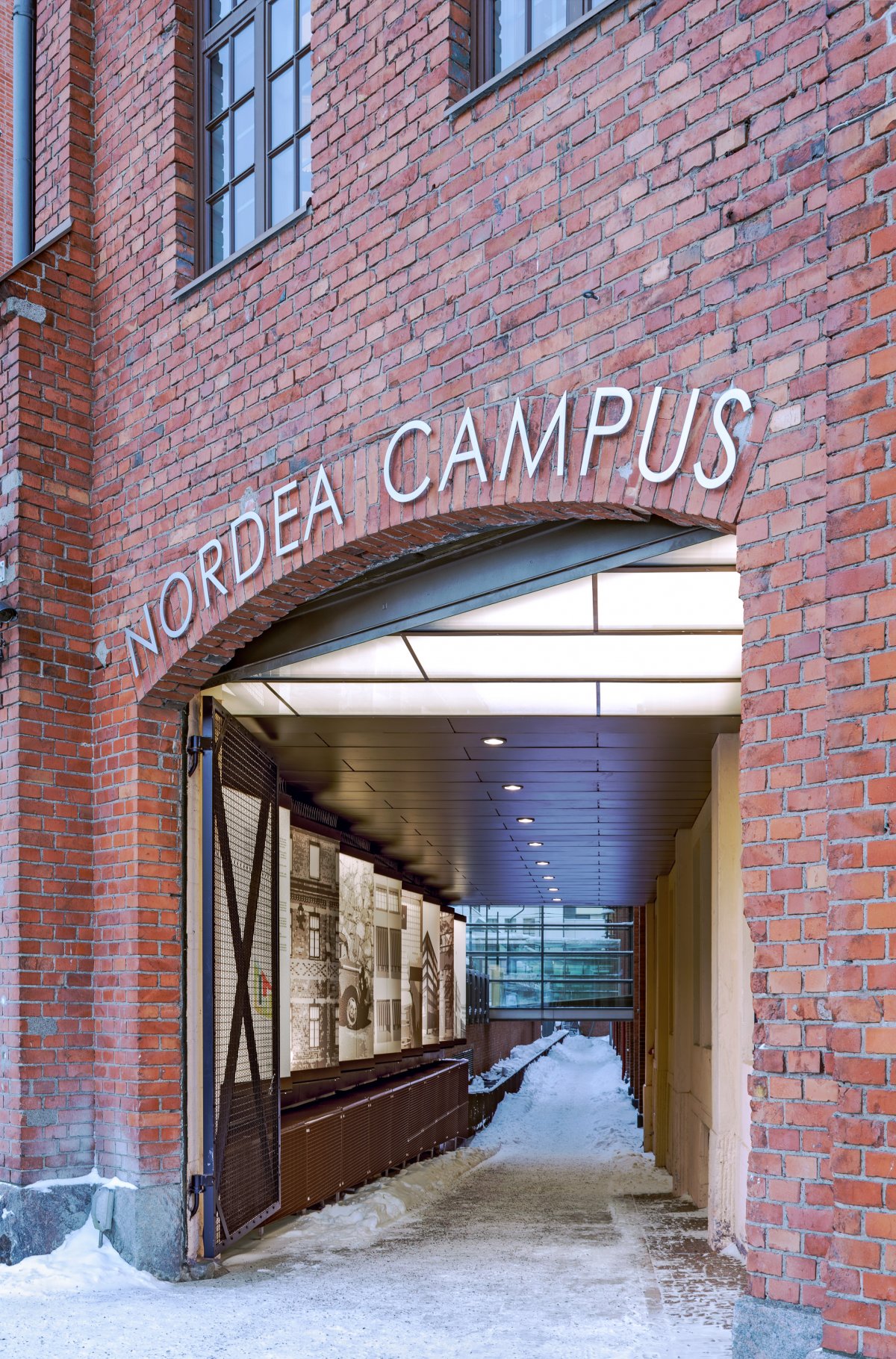 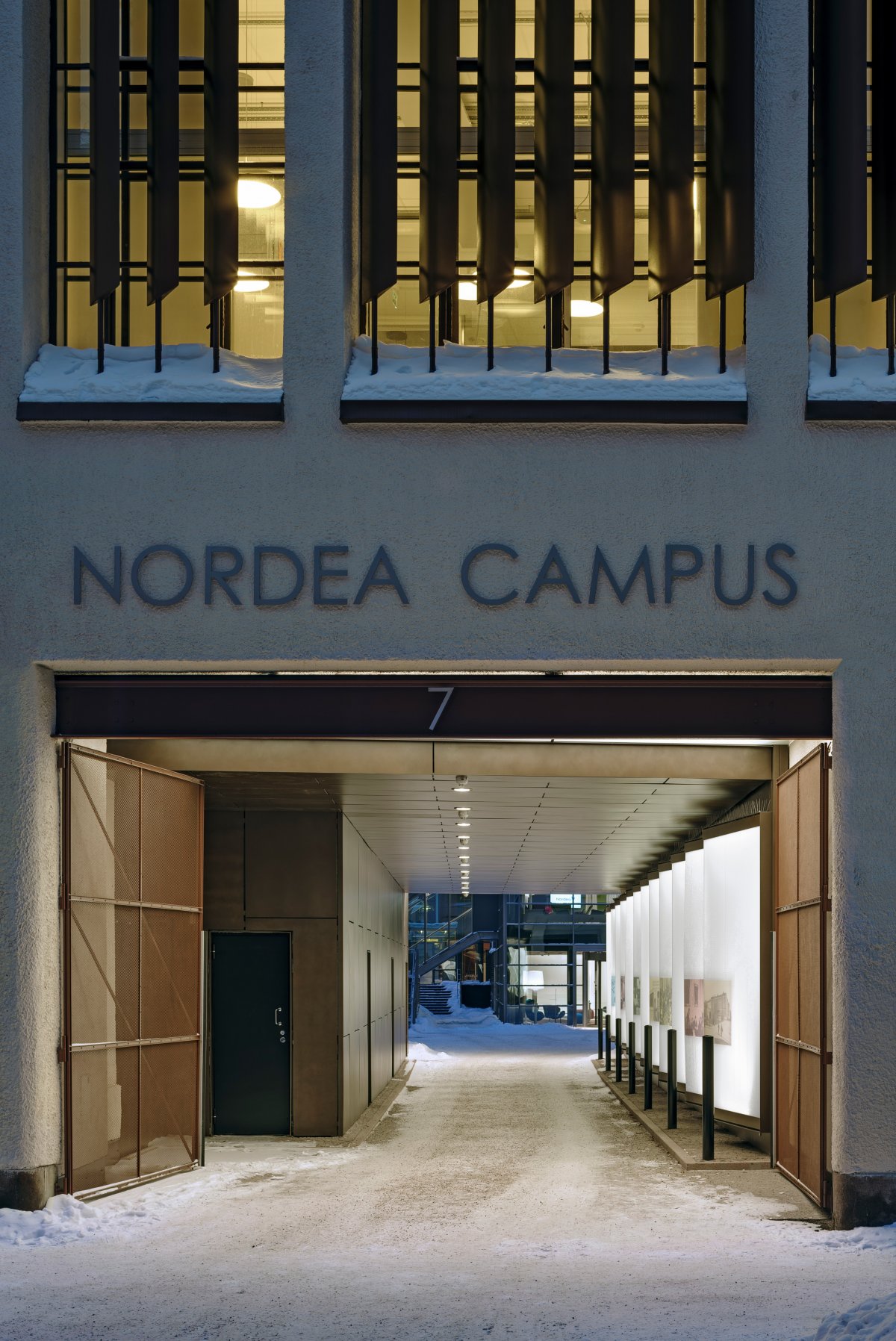 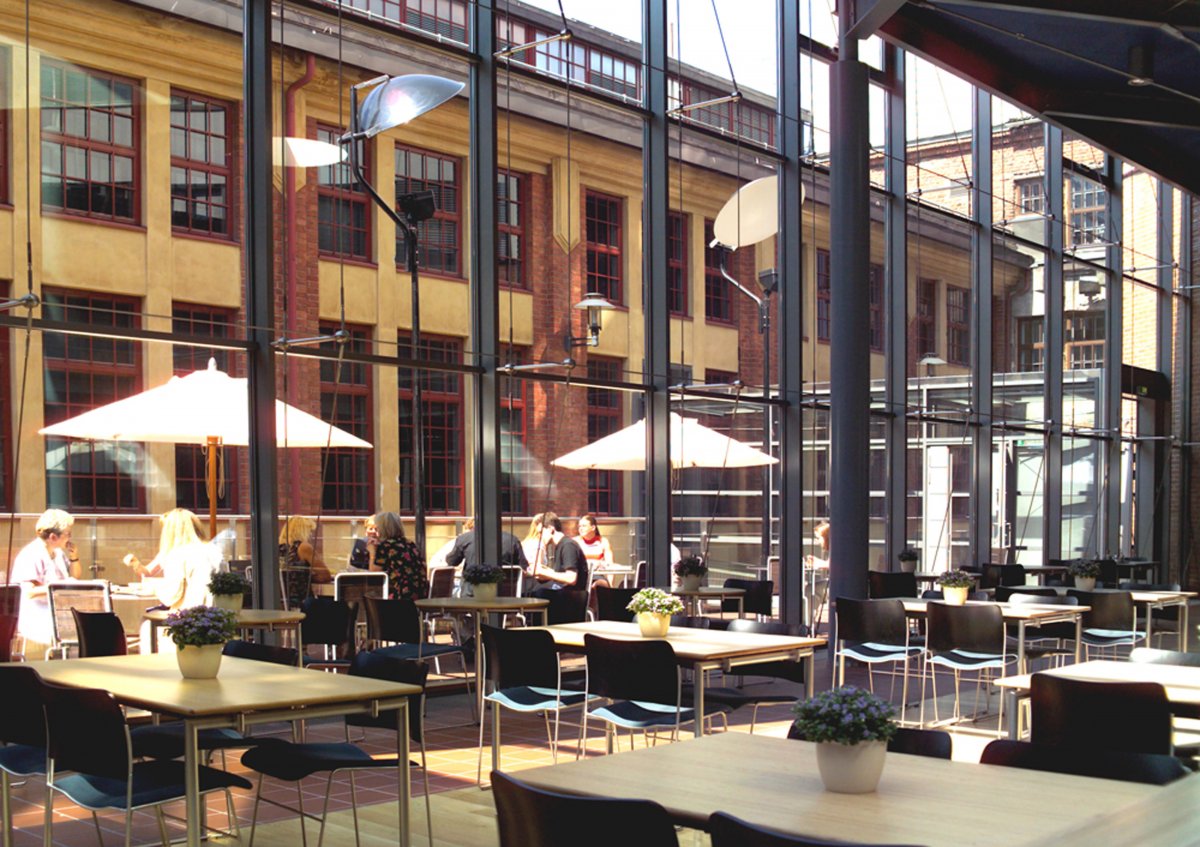 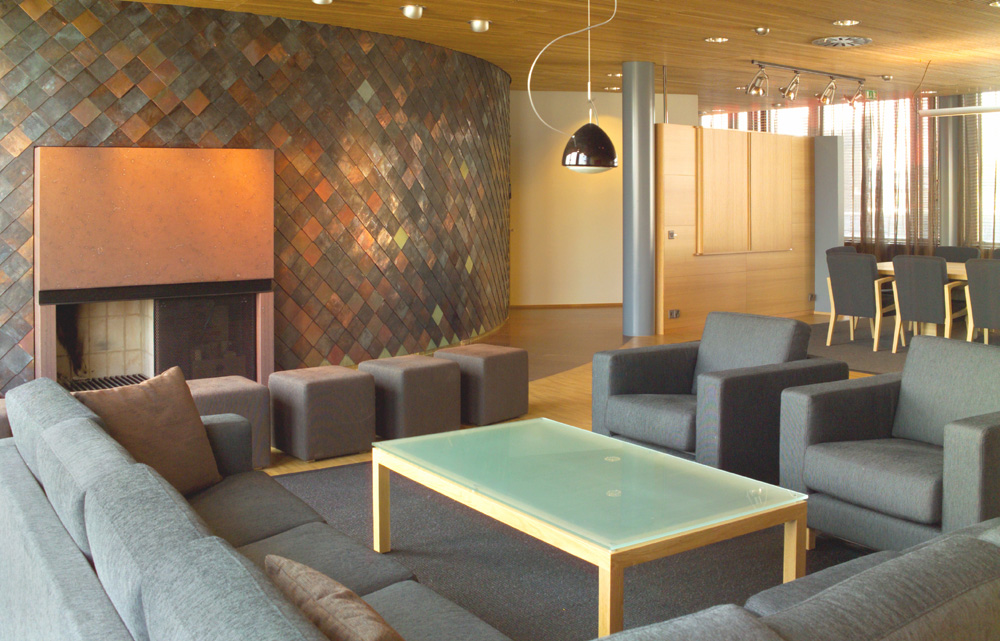