… the guiding philosophy in the brief from Nokia was that the building had to address the concept of intuitive communications. The design combines functional flexibility with ecological awareness.

The atriums of the Nokia House are impressive, large enough in size. They differ from the tradition of a white central hall that has been characteristic of modern Finnish architecture. The architect has created a palette of grey painted steel, glass and shades of various wood species… The building mass has been split skilfully, the junctions of the components are airy, and the detailing is precise and considerate.

Among the buildings just now being completed, I wish to mention the Nokia House in Keilalahti… architect Pekka Helin has very successfully combined steel, glass and wood into an elegant ensemble, where the dialogue of materials is very powerful.

The Nokia House, situated in Keilalahti, Espoo, is bordered by busy thoroughfares in the south and west (Länsiväylä motorway, Kehä 1 ringroad). The project started in 1983 with an invited competition won by Pekka Helin and Tuomo Siitonen, whose proposal, titled Kide, was an ensemble composed of six low towers. The commencement of design, however, was postponed because of taxation policy and appeals related to the detailed plan. While the project was suspended, the organisational structure of Nokia changed from a diversified company into a telecommunications company and its turnover and number of employees grew. At the turn of 1994–95, options for new premises were searched by means of a new competition.

For me personally the Nokia Headquarters competition was a ‘now or never’ situation, and I gave it everything, said Pekka Helin later in an interview with Jorma Mukala (Finnish Architectural Review 2/2009). Eight proposals were designed for the second competition, delivered one by one to the premises of Nokia. The result was that Helin’s team won the first and third prizes. They received the commission in February and construction started a month later. It was a project management contract type of project, in which design and construction proceeded simultaneously.

In the winning entry the functions were centred to two cubic volumes instead of six, corresponding to the two business sectors of Nokia. The site is surrounded by the kind of outer island nature that is typical of the sea areas of Helsinki. In order to maintain the basic features of the landscape, the large overall volume was made as compact as possible. In order to maintain the basic landscape features, the height of the two buildings follows the horizontal line drawn by treetops. A curving car park building shelters the entrance yard at the junction of the motorway. The unique views of nature are utilised in terrace solutions and the orientation of indoor spaces. In keeping with the detailed plan, there is a public recreation route and a bicycle and pedestrian path between the buildings and the sea.

The most important design objective was to create an interactive working environment that encourages creative thinking. Our solution was to develop a flexibly alterable, repeating space unit, which is suitable for individual as well as team work. Communication is encouraged by visibility from one space and space cluster to another. The interior circulation plan produces situations of positive encounter, which in turn generate creative thinking.

The spaces are organised around two large atriums. The ground floors serve as mixed-use areas with restaurant, assembly and exhibition spaces. There are two auditoriums: a fixed one seating 150 and an adaptable one seating 50–100. All function rooms and meeting rooms are located on the ground floor.

The transparent exterior architecture refers to the possibilities of new technology in advancing human interaction. The visible materials are recyclable, easy to maintain and long-lasting: glass, acid-proof steel and a small amount of aluminium lattice. The first double-skin facade in the Nordic Countries saves energy by means of computer-controlled valves and blinds installed in the interspace. The solution was devised in collaboration between the architects and the client, because there was no model for a system functioning in the same way. The material choices of the interiors are based on authenticity: reddish wood species, exposed steel in load-bearing and non-load-bearing structures, greenish grey paint applied with a spatula on stiffening reinforced concrete towers.

In late 1998, the Helsingin Sanomat newspaper told about the autumn issue of the Baumeister magazine (9/1998) published in Munich, which was totally dedicated to construction in the Helsinki Metropolitan Area. Of the new buildings, the magazine places at the top the Nokia House designed by Pekka Helin and his team, a new-generation office building… The magazine highlights, for instance, the energy-saving double-skin facade of the Nokia House, built of glass and steel, the first of its kind in the Nordic Countries.

As the company grew, it became necessary to extend its headquarters. Out of three alternative designs, the management chose a combination of a high, curved volume and a low, rectangular one. Between these, there is a semi-cylindrical atrium. According to the guidelines defined by the top-level management of Nokia, the new building was not to be better or worse than the original headquarters, and despite the different geometry it was to be recognisable as a part of the ensemble. The material choices and energy efficiency objectives are in line with the earlier construction phase.

Nowadays the Nokia complex houses the headquarters of the Tieto company (from 2016), the headquarters of the Fortum company (from 2017), and the premises of Microsoft (from 2014). The Tieto Keilalahti Campus designed by Helin & Co Architects received the Iconic Awards 2017 prize in the category of interiors. According to the jury, Brand new Tieto Keilalahti Campus is a cutting-edge office space for an ICT-company.

At the time of the first architectural competition the only buildings near the seashore were the Neste tower and the casino and training centre of the KOP bank; on the other side of the ring road, one could catch glimpses of sparsely built groups of blocks of flats. The constructed building already had several office building neighbours, and further construction of the environment is going on. 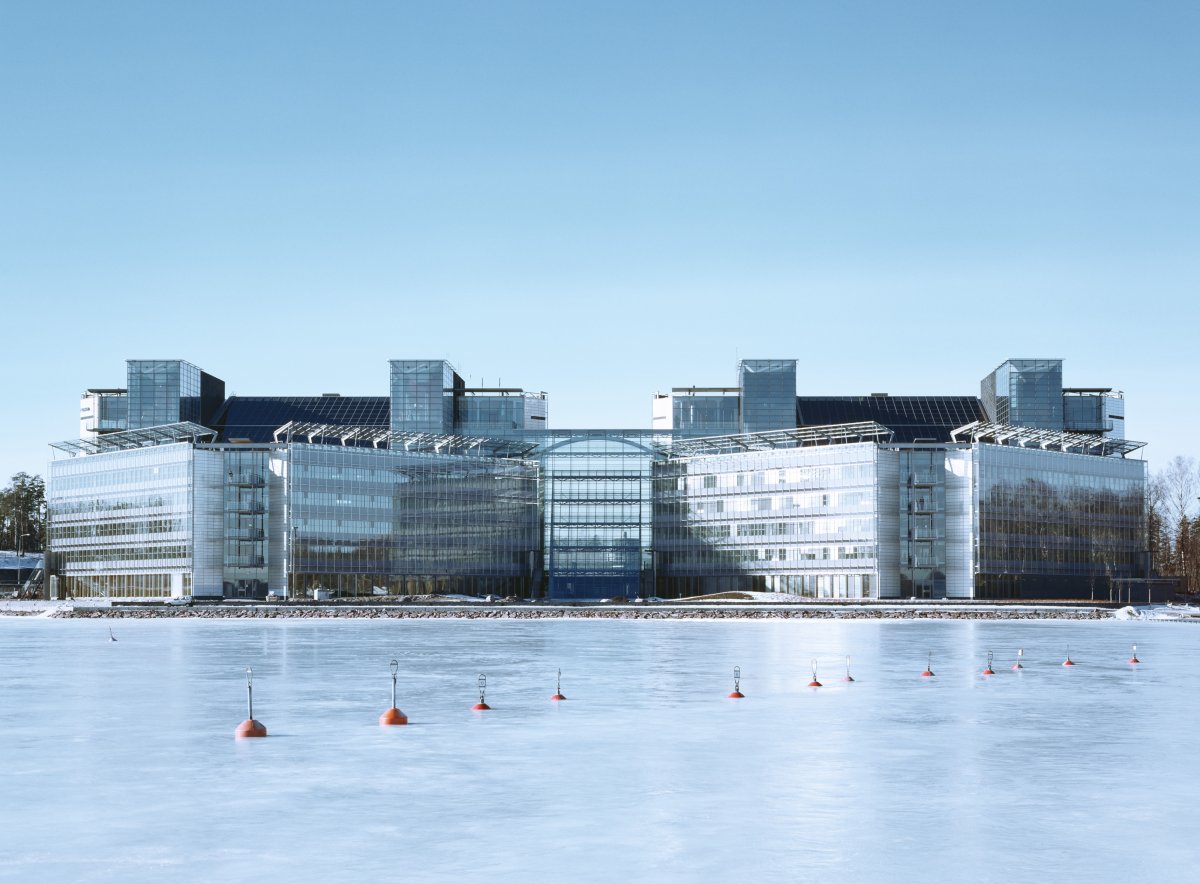 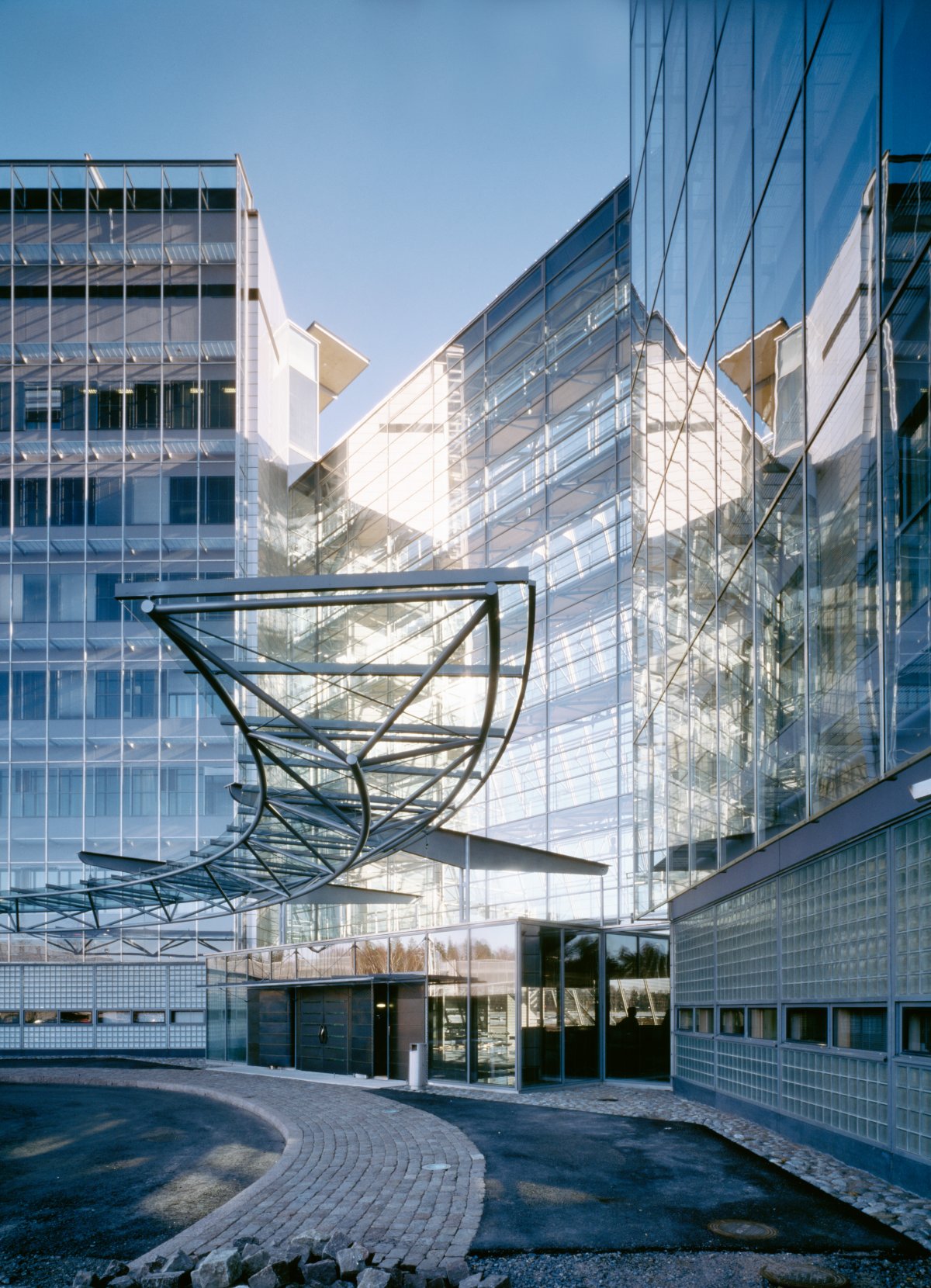 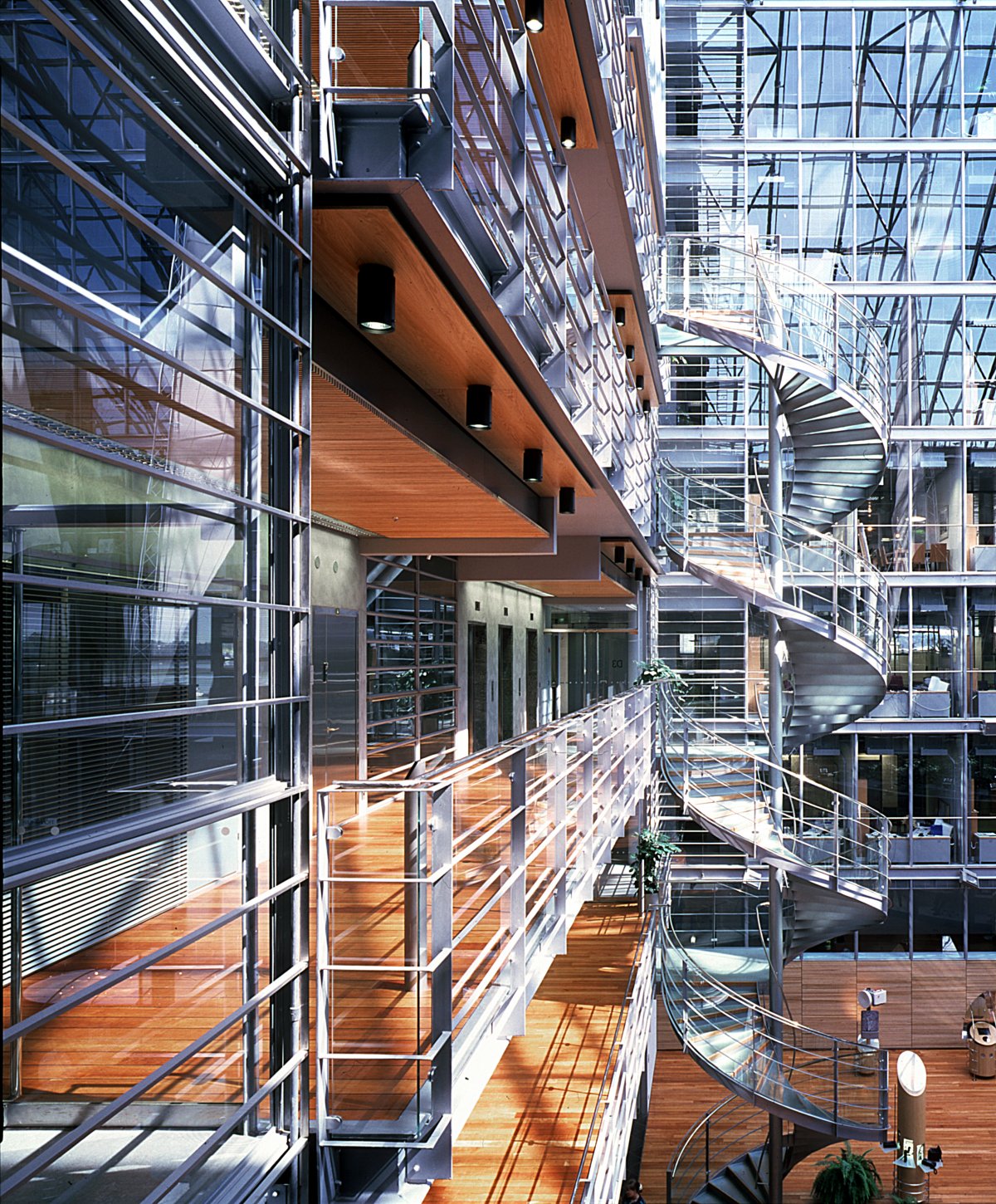 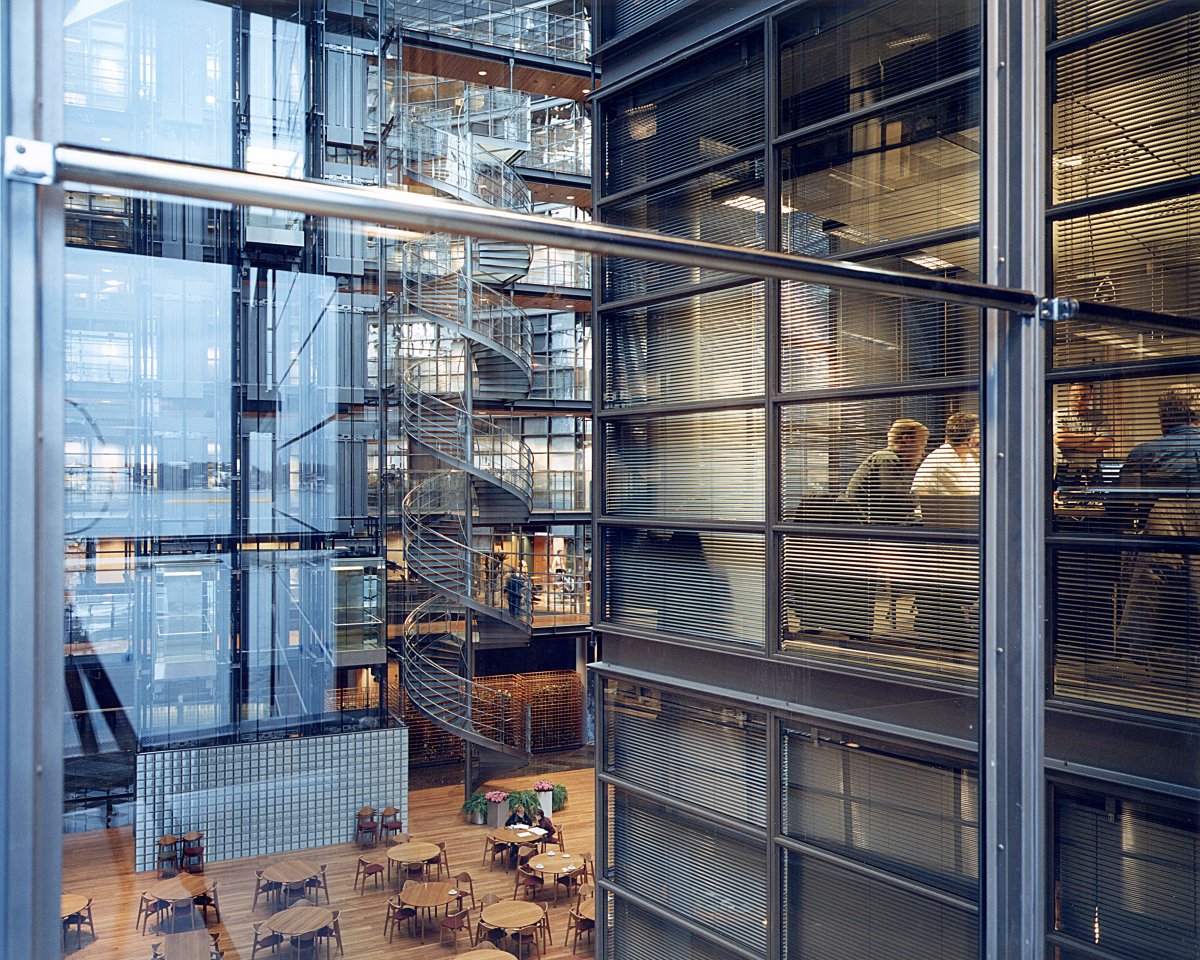 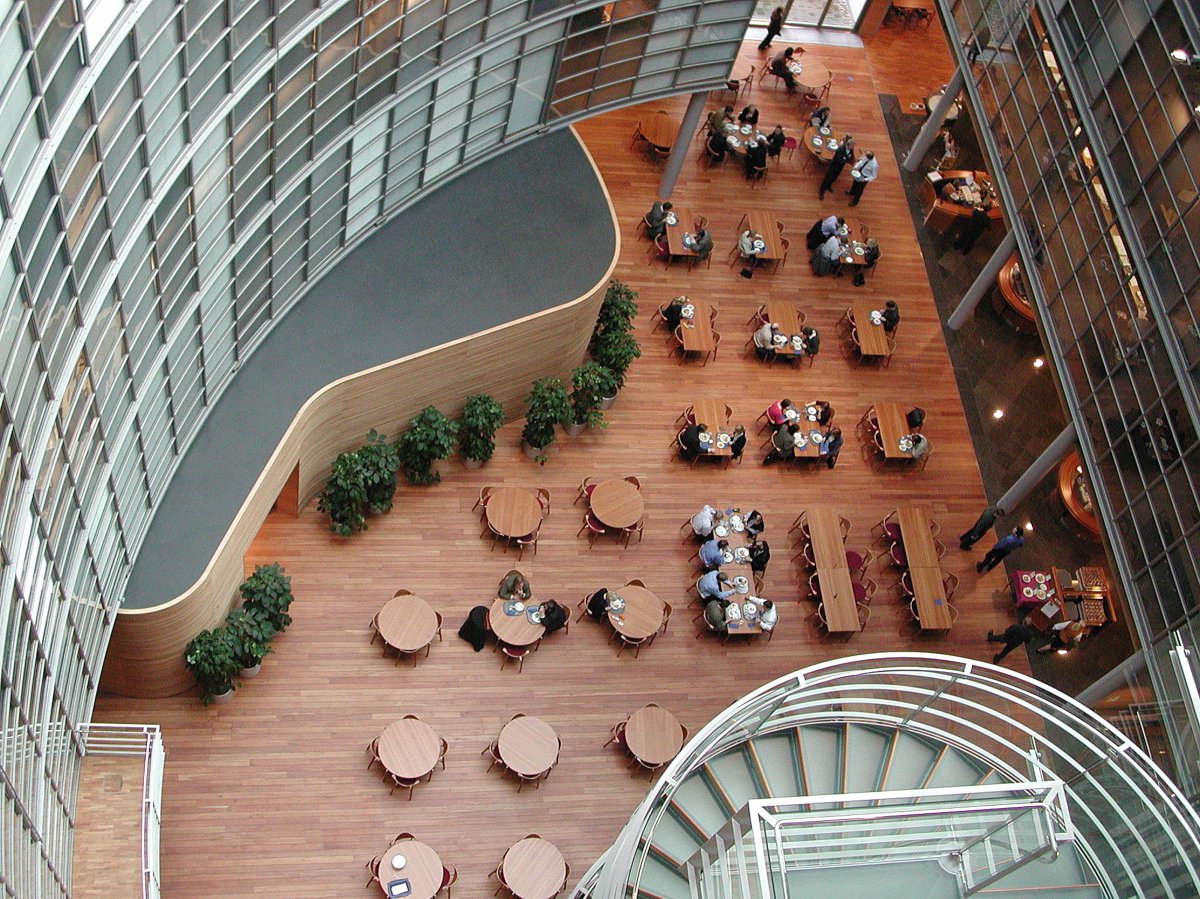 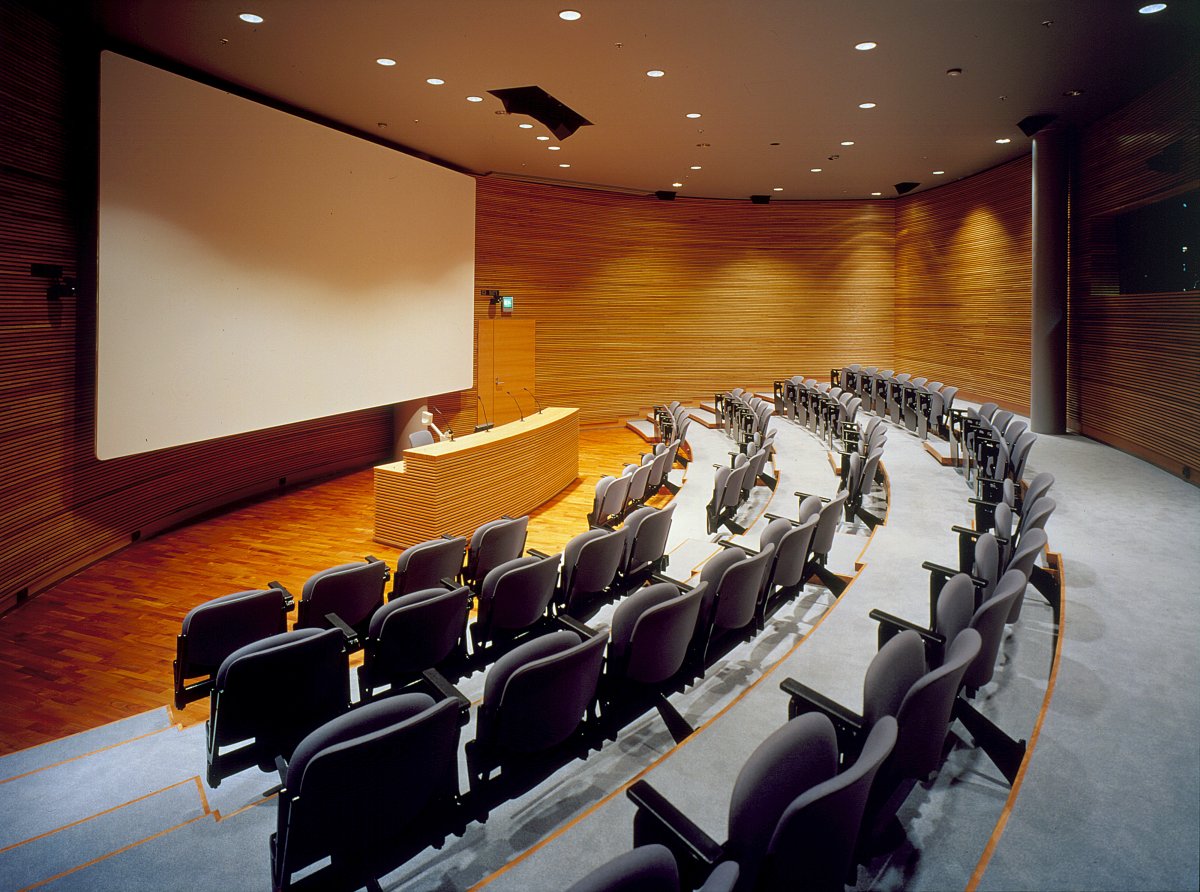 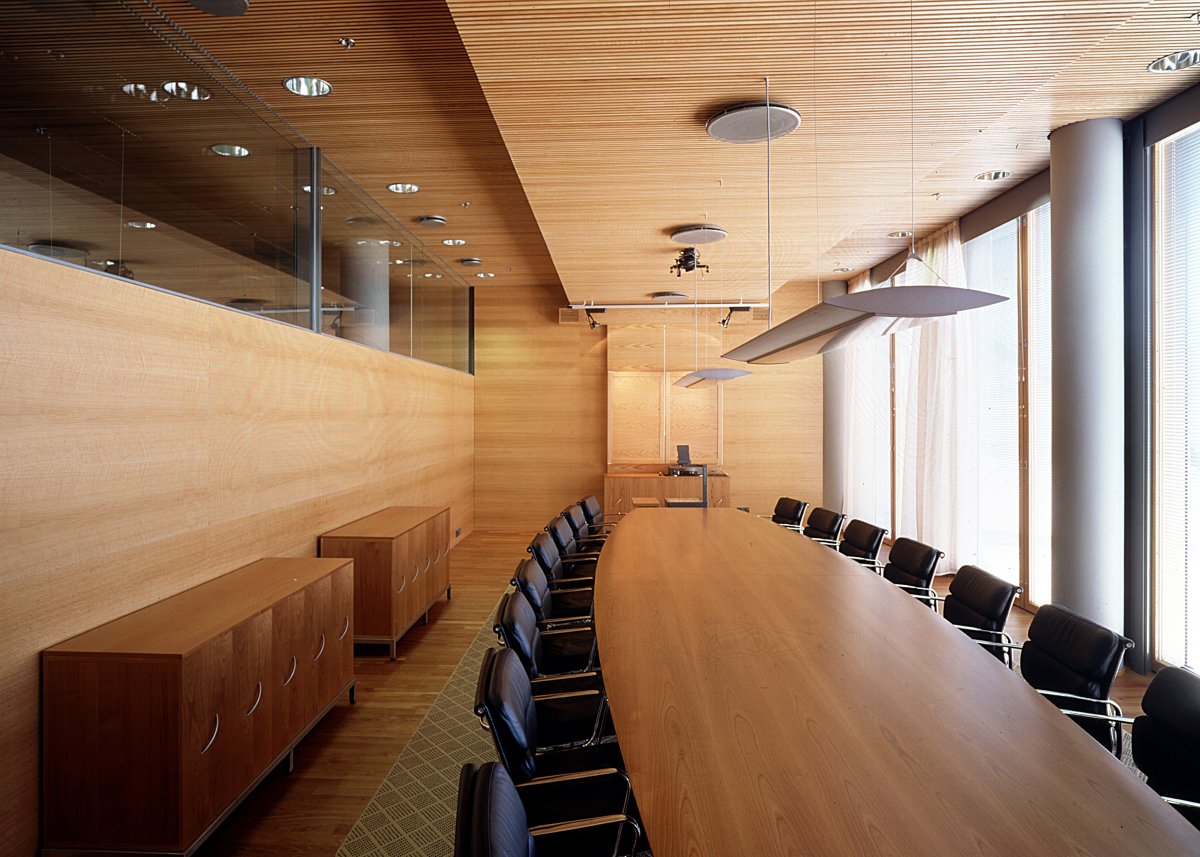 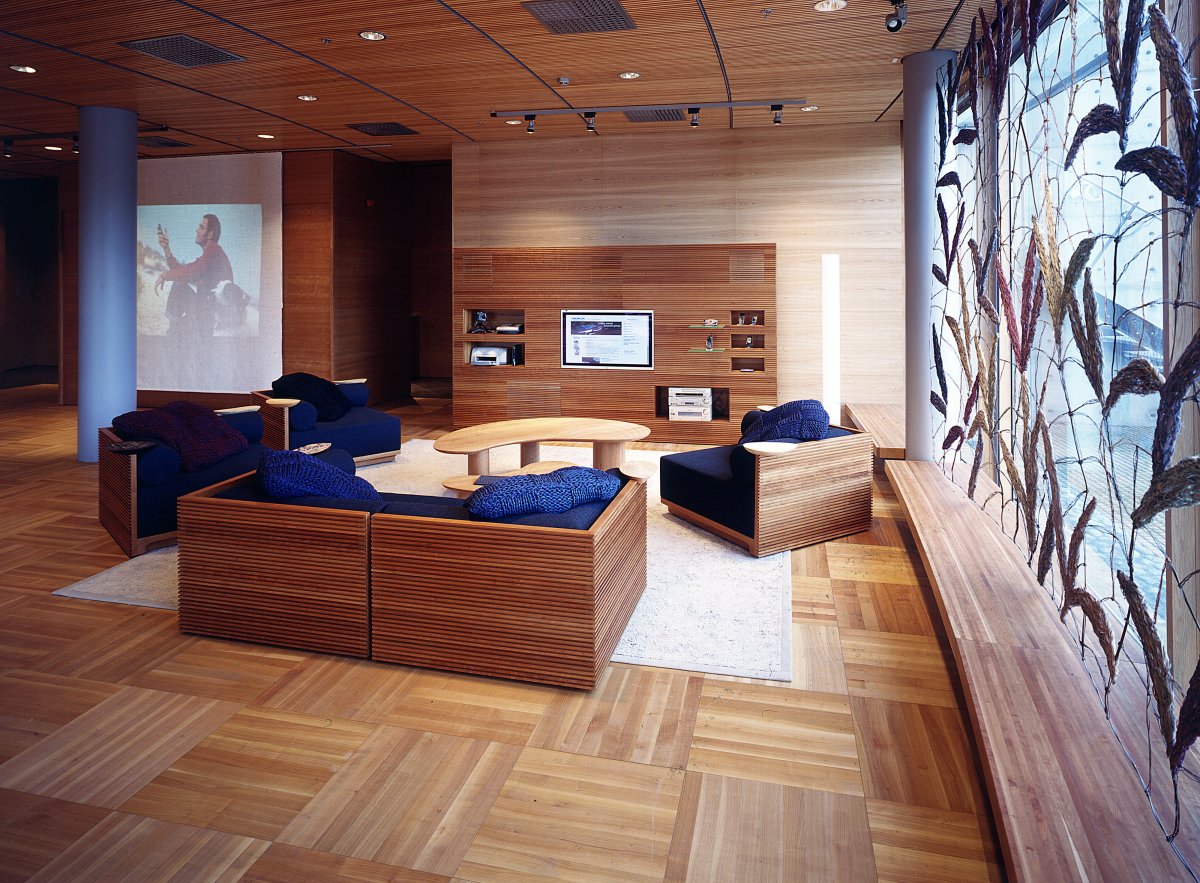