A paint and varnish factory built a warehouse on land leased from the City of Helsinki in the Ruoholahti district in 1940. When the western motorway (Länsiväylä) was completed in 1965, the building was left behind traffic flows, and when the lease terminated two years later, the factory moved all its operations away from Helsinki. At the same time 500 occupants of a demolished night shelter were left out in the open and because of the severe night frosts of that autumn many froze to death. This called for urgent measures, and so the former paint warehouse became an emergency accommodation for homeless alcoholics, known as Liekkihotelli (‘spirits hotel’) and Lepakkoluola (‘bat cave’). The shelter was emptied in summer 1979 and was unused for a while, until a group of youths and the Live Music Association ELMU occupied it. The building, named Lepakko (‘bat’), housed, for instance, the Radio City, the Viirus Theatre and the Aira Samulin Dance School. The lease that ELMU had made with the city terminated in 1999, and the association got compensatory premises in the Hietalahti district. Because of new traffic arrangements the Lepakko building was demolished.

As early as 1997, the SRV construction company publicised its High Tech Centre project for the Lepakko site. The project was planned to serve as the spearhead of high-tech companies, an enterprise refinery where small and medium-sized companies and product development and pilot projects of big companies using new technology could grow and go global. Its core would have been a centre of information technology, where information networks and technologies as well as related products and services would have been designed. Universities and research institutes were also aimed to be involved. Nokia was interested in the project, which was developed to meet the future owner’s needs. However, when the building was near completion, Nokia decided to sell it. The Ilmarinen pension company bought it and moved under one roof from five different addresses.

The main entrance square is at the south-western corner of the site, near the bus stops, metro station and pedestrian and bicycle routes. Car traffic is directed under the western motorway to basement parking. As a counterpoint to the busy thoroughfares, there are wide park-like areas to the east and north of the building: the Hietaniemi cemetery and the environment of the former Lapinlahti hospital by the sea.

The facade materials of the building are glass and enamel-coated cobalt blue steel panels as well as corrugated steel sheets and stoved aluminium slats. The blue vertical zones of stairwells, lift shafts and building ends alternate with the steel grey horizontal office facades. The walls bordering inner courtyards and the visible walls of the driving tunnel are slate. The south and west sides have double-skin facades in order to save cooling power and abate traffic noise.

The reception area at the main entrance opens to a large glass lobby with a blue auditorium seating 198 and a cafe. Another lobby of the same size serves as a staff restaurant. At the ends of the lobbies there are blue stucco-treated lift towers and spiral stairs of glass leading to glass bridges, which connect the office wings together. The flooring is industrial oak parquet with black slate on the edges. The meeting and function rooms are situated around the lobbies and inner courtyards. Guest access is limited to the ground floor.

The office floors are divided into units of about 700 m², which can operate independently without disturbing each other, thanks to the bridges and lift connections. By means of the partition wall system, the office units can be flexibly changed from open space into cubicles without having to make changes in the ceiling, ventilation, chilled beams or lighting. The investment that Nokia once made in the building’s conversion flexibility made it possible to adapt the spaces for Ilmarinen on a tight schedule.

In 2016 Helsinki’s largest building-specific solar power plant was installed on the roof of this building: about 750 solar panels, which produce electricity for the use of the building.

Further information in the Finnish Wikipedia and in Helsingin Sanomat 1.12.1997. 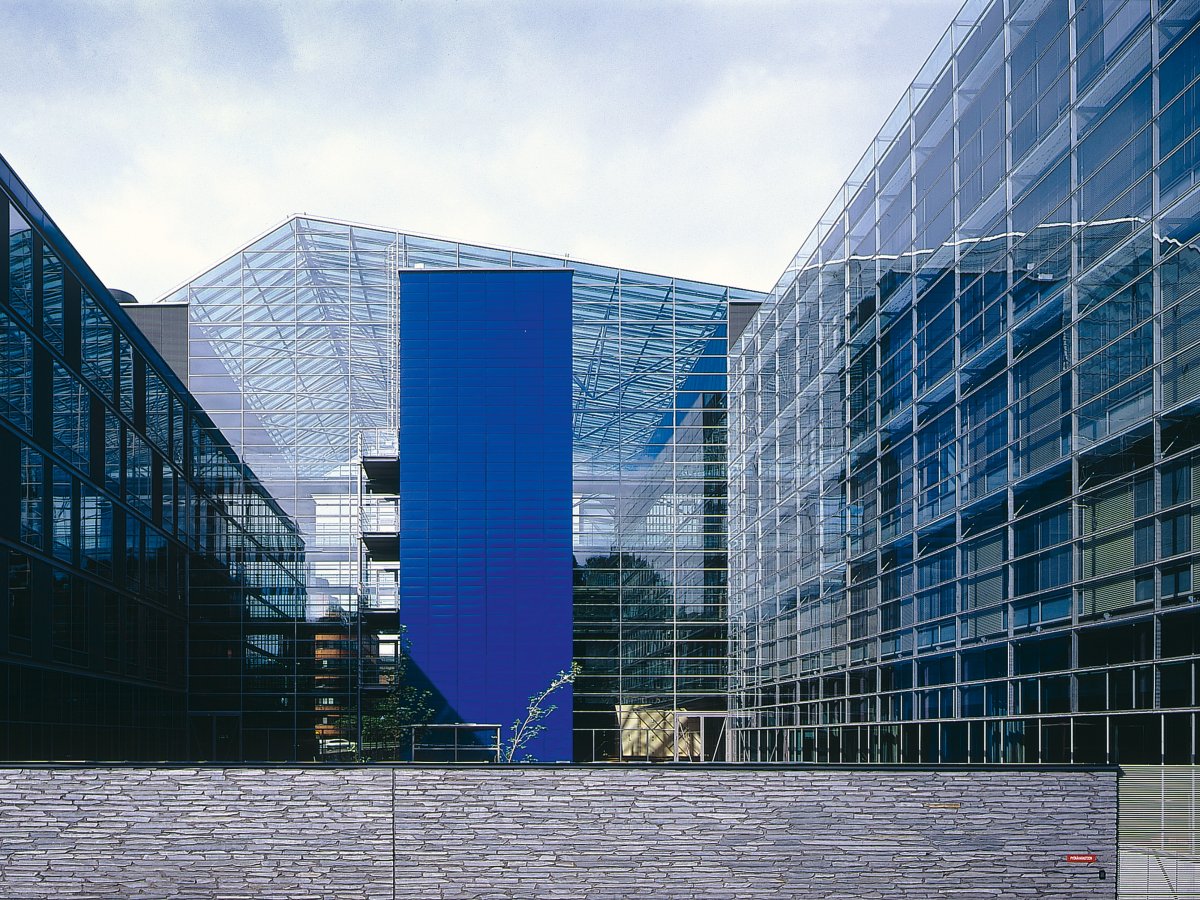 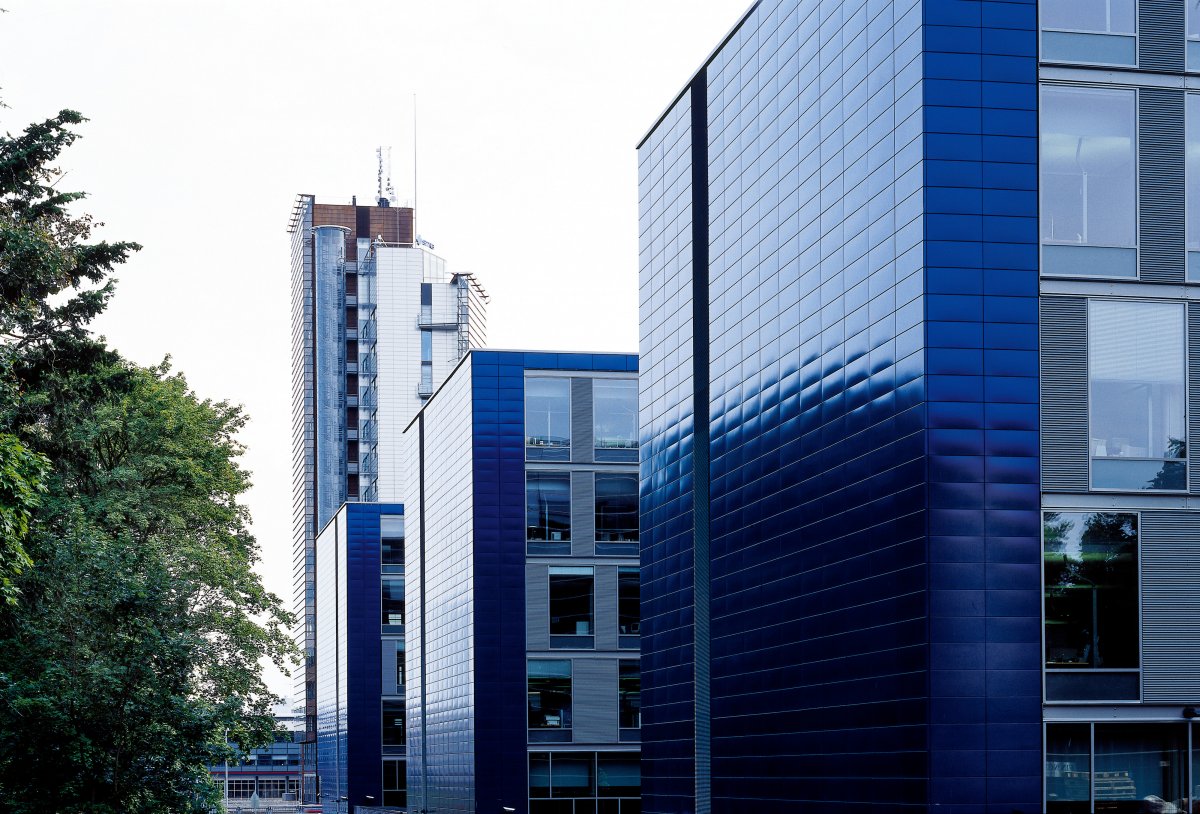 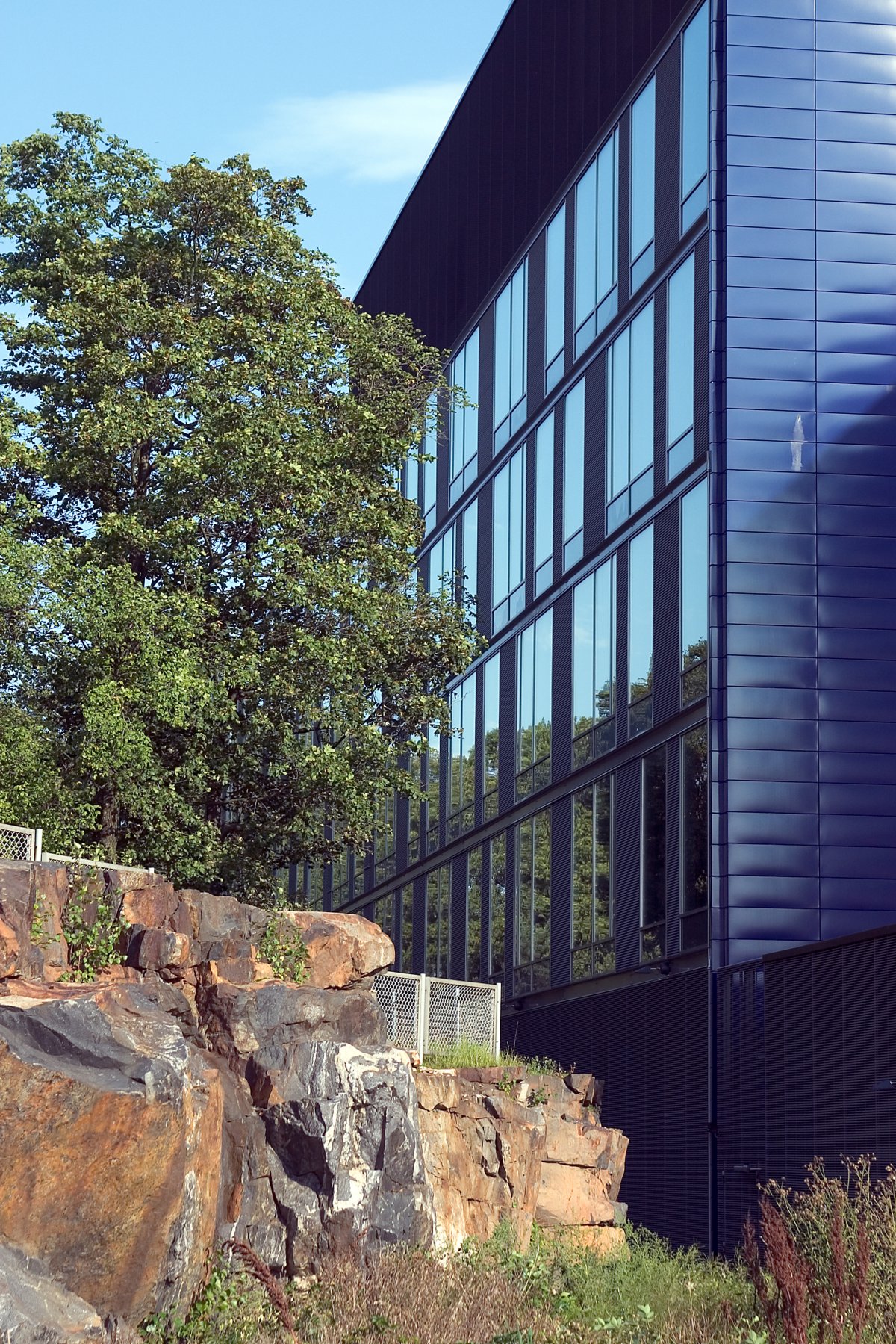