The commercial and office building (called Teollisuuspalatsi, ‘industrial palace’) of the A. Ahlström company was built at the corner of two streets south of the Esplanadinpuisto park in 1937. It was designed by Valter Jung, who had an architectural practice together with his brother Bertel Jung. The site had been earlier occupied by a two-storey wooden building, where the first Finnish-speaking school in Helsinki had started operation in 1867. The street facades of the Ahlström building are yellow mineral rendering; the ground floor is clad with red Espoo granite. In this way Valter Jung took into account the mineral rendered Lassila & Tikanoja commercial building and the sandstone facade of the bank across the east side street.

In the late 1930s, the Ahlström building represented the internationally modern notion of an urban city centre commercial building with offices, restaurant and cinema. The new building was known from the very start for the top-floor restaurant, Savoy, designed by Alvar and Aino Aalto, who were commissioned by Harry Gullichsen, the managing director of Ahlström. The Savoy cinema on the ground floor got light fixtures designed by Bertel Jung’s daughter Gunilla Jung and textiles designed by Valter Jung’s daughter Dora Jung. The interior of the restaurant has undergone only subtle updatings and has been mainly preserved, while the cinema has been changed more radically. Nowadays the Savoy Theatre hosts theatre and dance performances under Helsinki City Culture and Leisure Division.

The functionality of the property was assessed by the Ahlström company in the early 2000s. Helin & Co was commissioned to research possibilities for updating the spaces, taking account of the culture historical and architectural value of the building. The office spaces needed a modern extension so that an open-plan space could be arranged. The only possibility was found above the theatre, but its construction seemed technically almost impossible. However, Magnus Malmberg Consulting Engineers still had the original structural designs from the 1930s. Based on them, the support of new storeys was studied by threading steel profiles into the wall structures of the protected theatre. The problem of large spans was solved in joint brainstorming of the architect and the structural designer.

The three-storey high extension of office area was built of vierendeel frames. The loads of the new structure were led five stories down inside the wall structure of the old building, all the way to the foundation of the lower basement. In this way the theatre and its foyer could be preserved and restored without any new visible structures. The new office interior is a modern space with an interior glass wall system and light well.

Another new building part is the previously open inner courtyard, which was covered with glass and converted into a restaurant. The courtyard deck was demolished and a new one built, raising it to the same level with the theatre foyer. Nowadays the entrance of the theatre as well as the lobby and foyer also serve the customers of the restaurant. The two basement floors of the building were renovated, and a new restaurant kitchen and staff facilities were built in the higher one. The interior decoration of the courtyard restaurant is in contrast with the character and architecture of the building. The task was given to an English-Swedish designer.

Further information on the webpage of the Helsinki City Museum and in the book Kaija Ollila, Kirsti Toppari: Puhvelista Punatulkkuun, Sanoma Oy 1975. 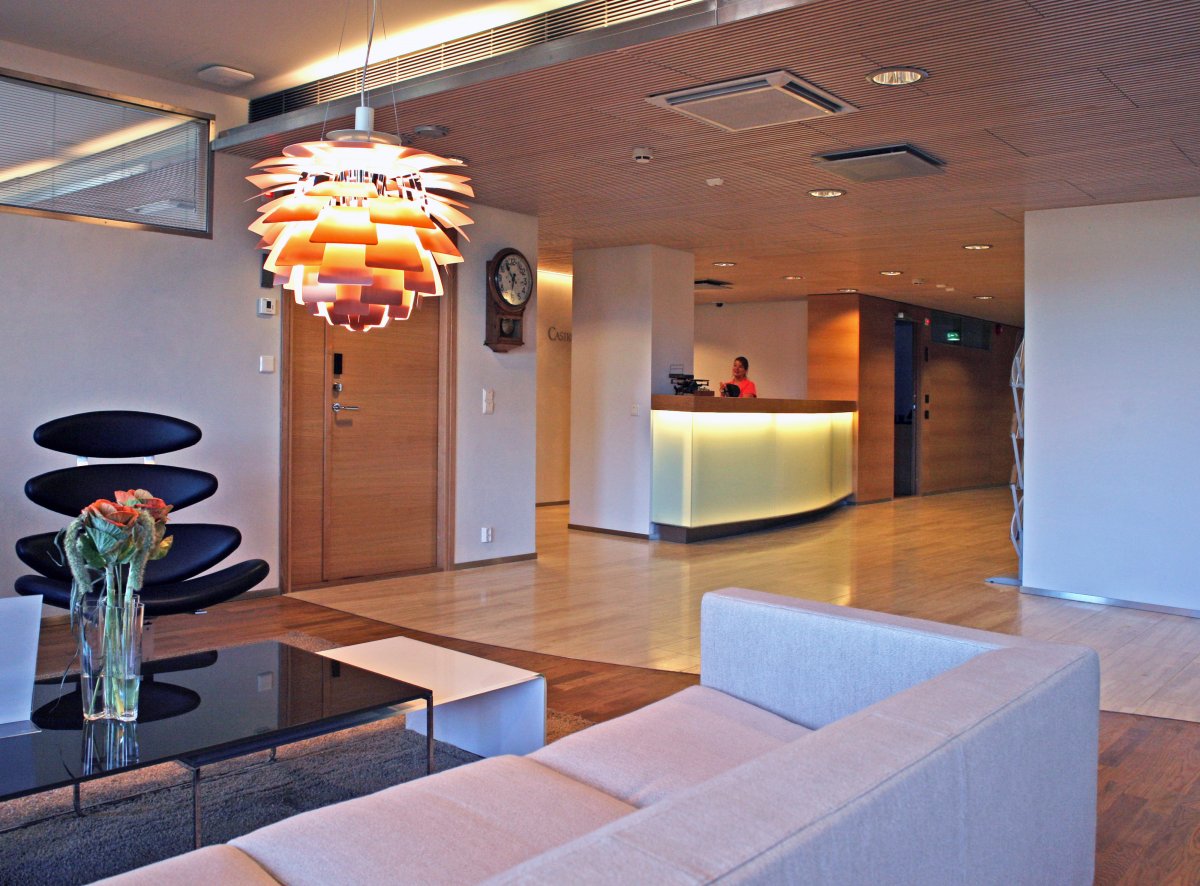 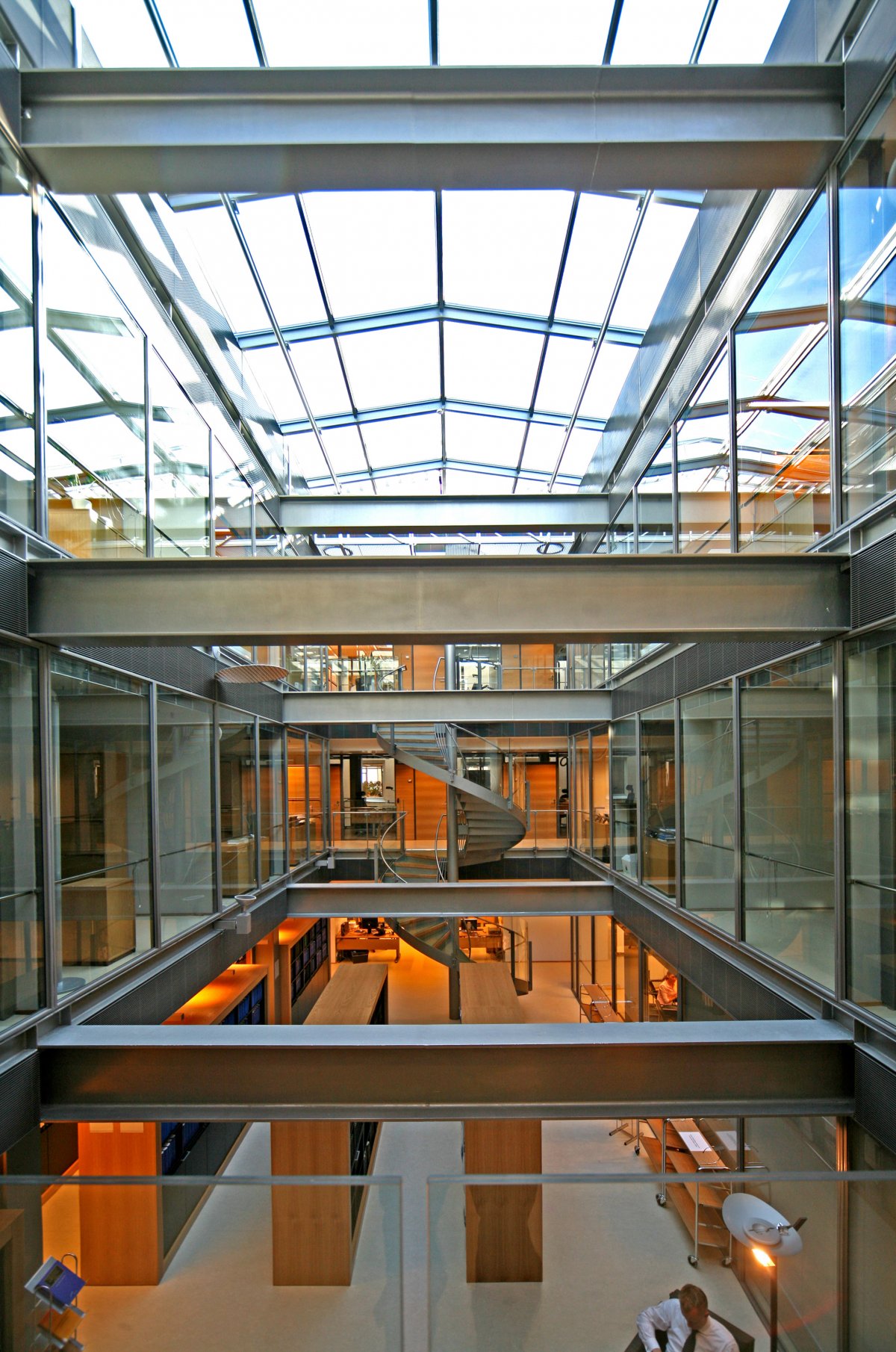 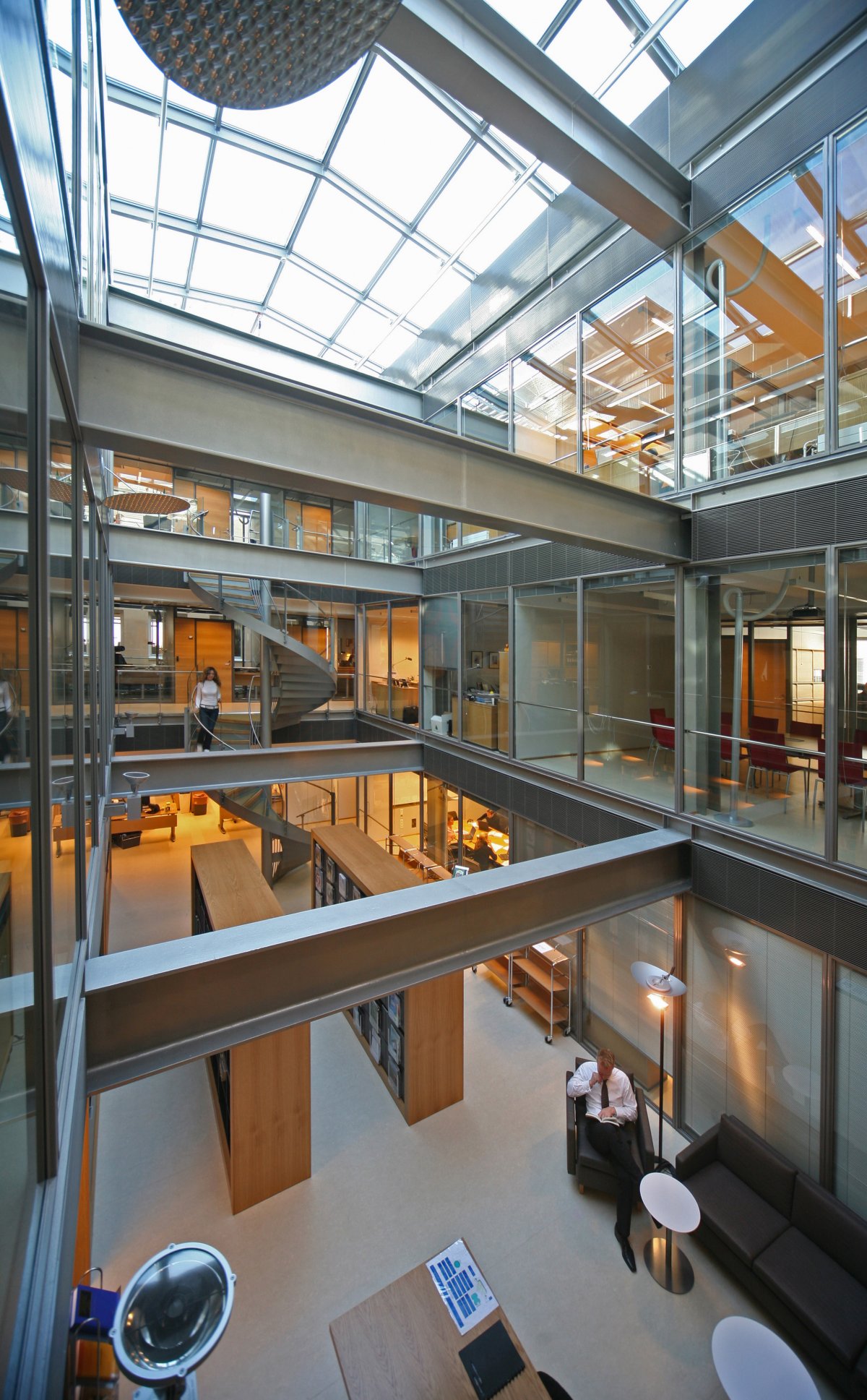 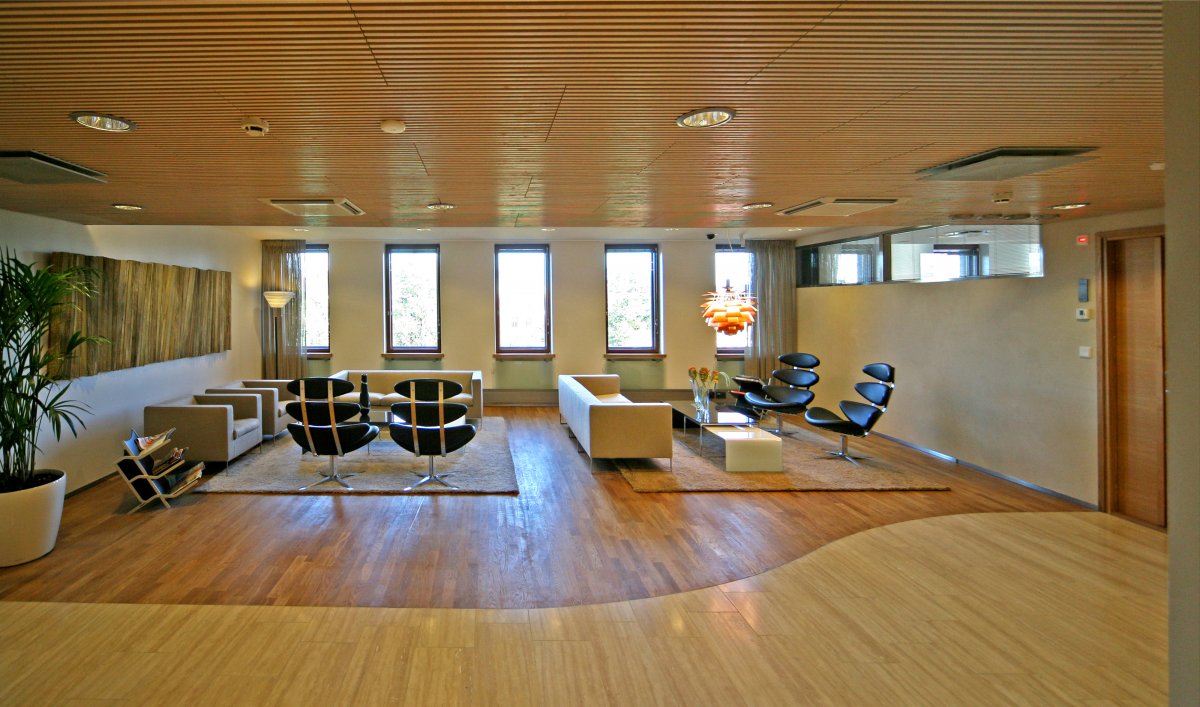 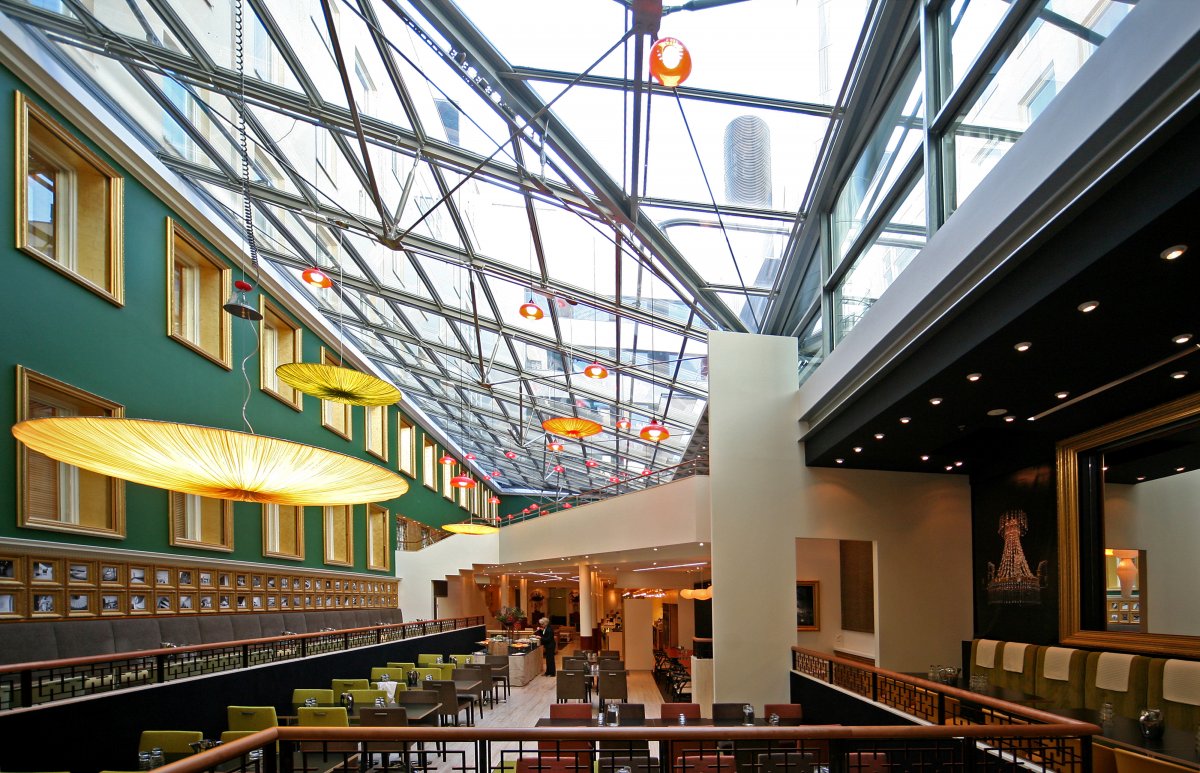