For reasons of energy efficiency, a sun-shading grille has been placed in front of the window glazing…The grilles and glass surfaces form a varied play, which lends the building a distinctive appearance…The darkish red brick, with flush pointing, enlivens the facade surface.

…a spatial solution that was as flexible as possible – nowadays company organisations undergo very rapid changes. The architectonic spirit of the office building was to express this dynamic adaptability.

Salmisaari was defined as an industrial area in the land use plan of the Pro Helsingfors master plan in 1918, and it was connected to the mainland by means of landfill. The construction of the area was started by the Finnish Alcohol Company, which was established in 1932 following the repeal of Prohibition. Nowadays the former Alko headquarters and factory building serves as Helsinki Courthouse. Later on, the Salmisaari power plants A and B (1953 and 1984) were built on the north-western side of Porkkalankatu street. The brick facades of these industrial buildings defined the scale and townscape of the district. The coal supplies of the power plants were moved to underground storage space in 2004, and it became possible to plan new projects for the vacated land. The first project to start was the Ahlström Salmisaari building.

In the late 1930s, the Ahlström company built a high-standard office and commercial building typical of the time on Eteläesplanadi street in central Helsinki. In 70 years the company, the city and working life had changed in many ways – in terms of structure, operations and the possibilities of technology. The office building that Ahlström Capital built in Helsinki’s Ruoholahti is typical of our time.

The working areas of the building are universal and flexible, emphasising openness and interaction. The building has many users, the major ones being Ahlström, Alko, Comptel and Fennovoima. They all use a shared restaurant and conference centre. The waterfront promenade is enlivened by ground-level exhibition spaces. Parking is behind these in the basement, in a section of a public parking facility.

The different floors wind around a central space, which opens up to a square on the northern side. The strait in front of the building and views over the Seurasaarenselkä bay towards Keilaniemi are powerfully present in the spaces. The building has a steel skeleton with lightweight elements of steel in the blank parts of exterior walls. In the architectural expression, this material is most clearly visible in the wind braces of the high glass wall and the lattices of roof lights. The intermediate floors are hollow-core slabs.

The exterior is dominated by red brick, both in surfaces and as a tectonic structure in the manner of the old industrial buildings of the area. The thermal load of the large windows is compensated by metal screens and special glass. The detailed plan and the strict interpretation of it by the building control authorities required that two top floors were to be clad entirely with glass.

Further information on the Finnish webpage of the National board of Antiquities. 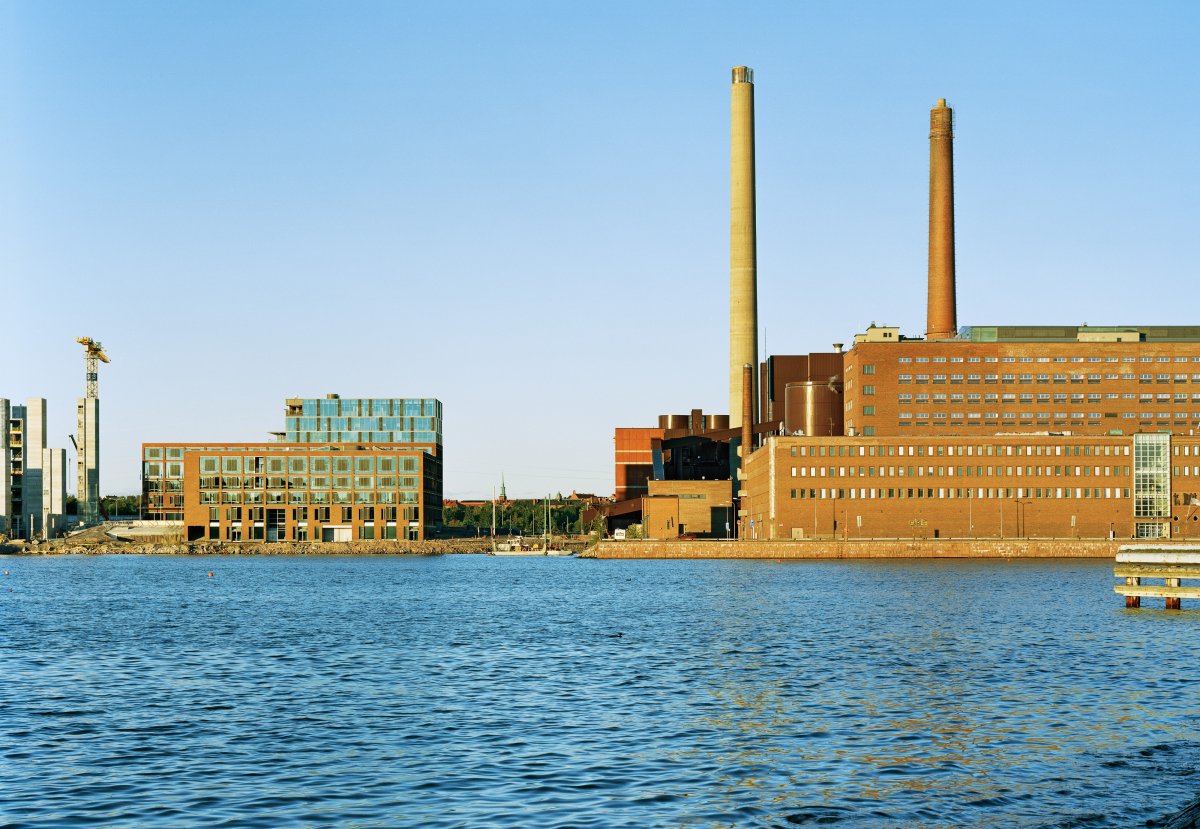 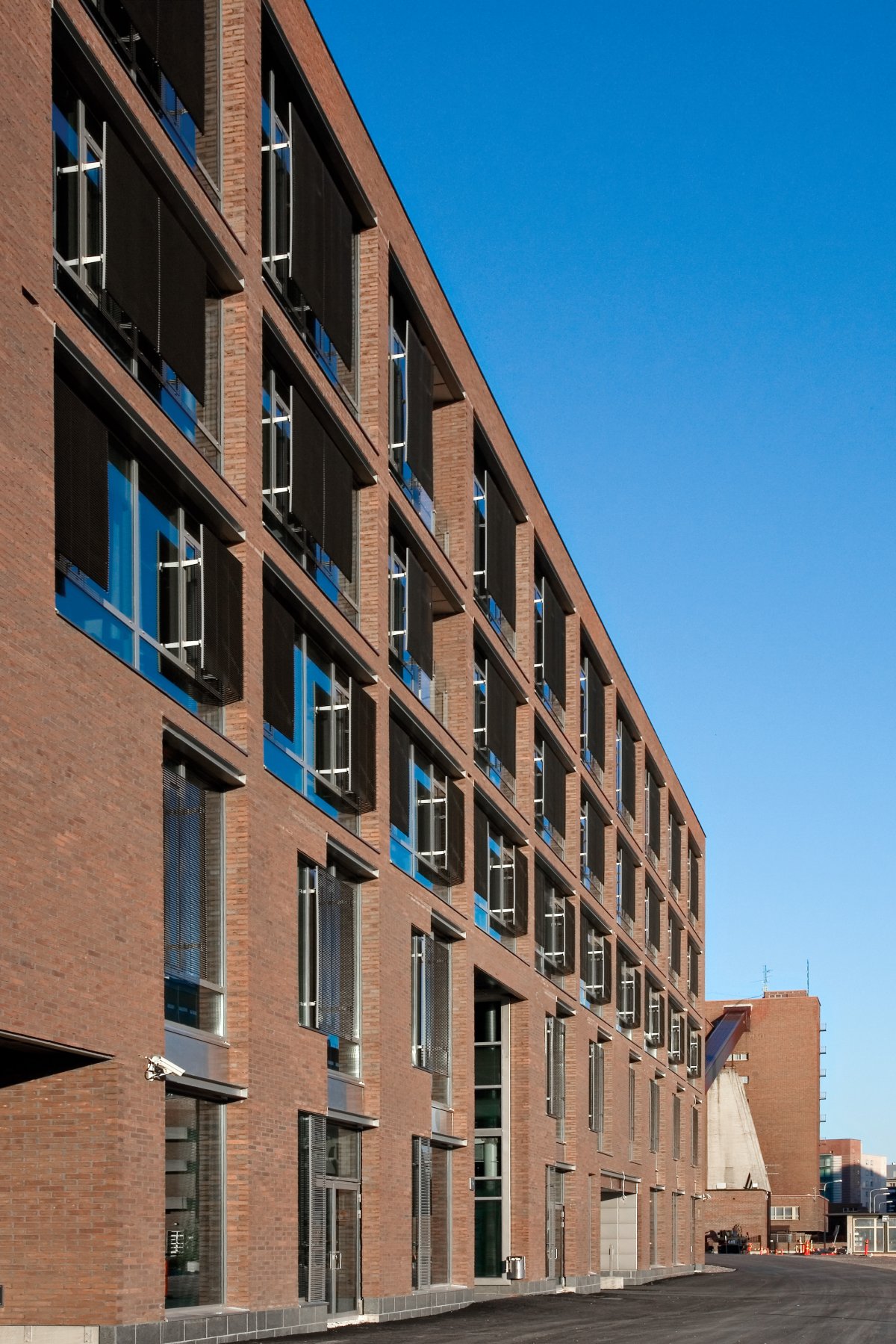 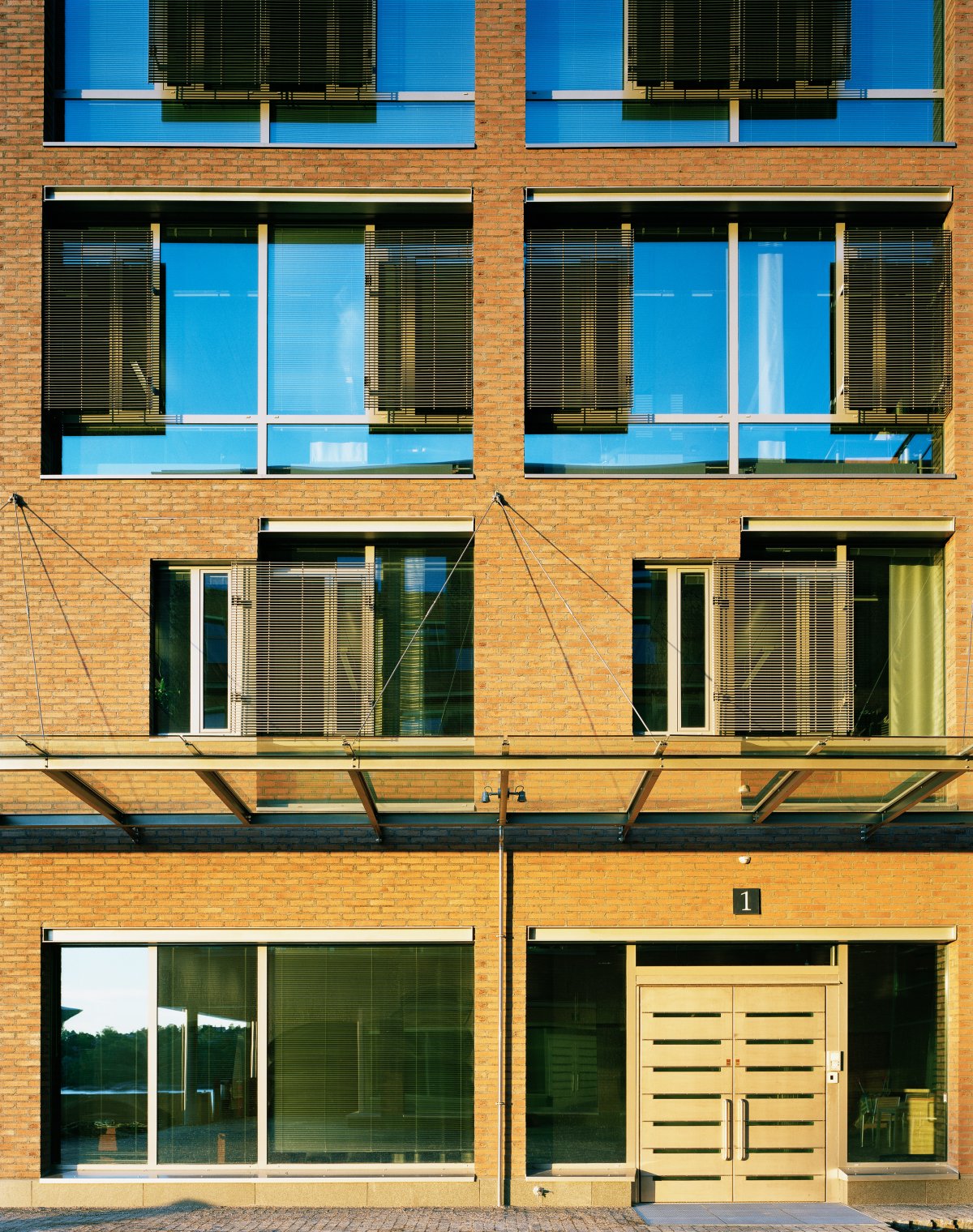 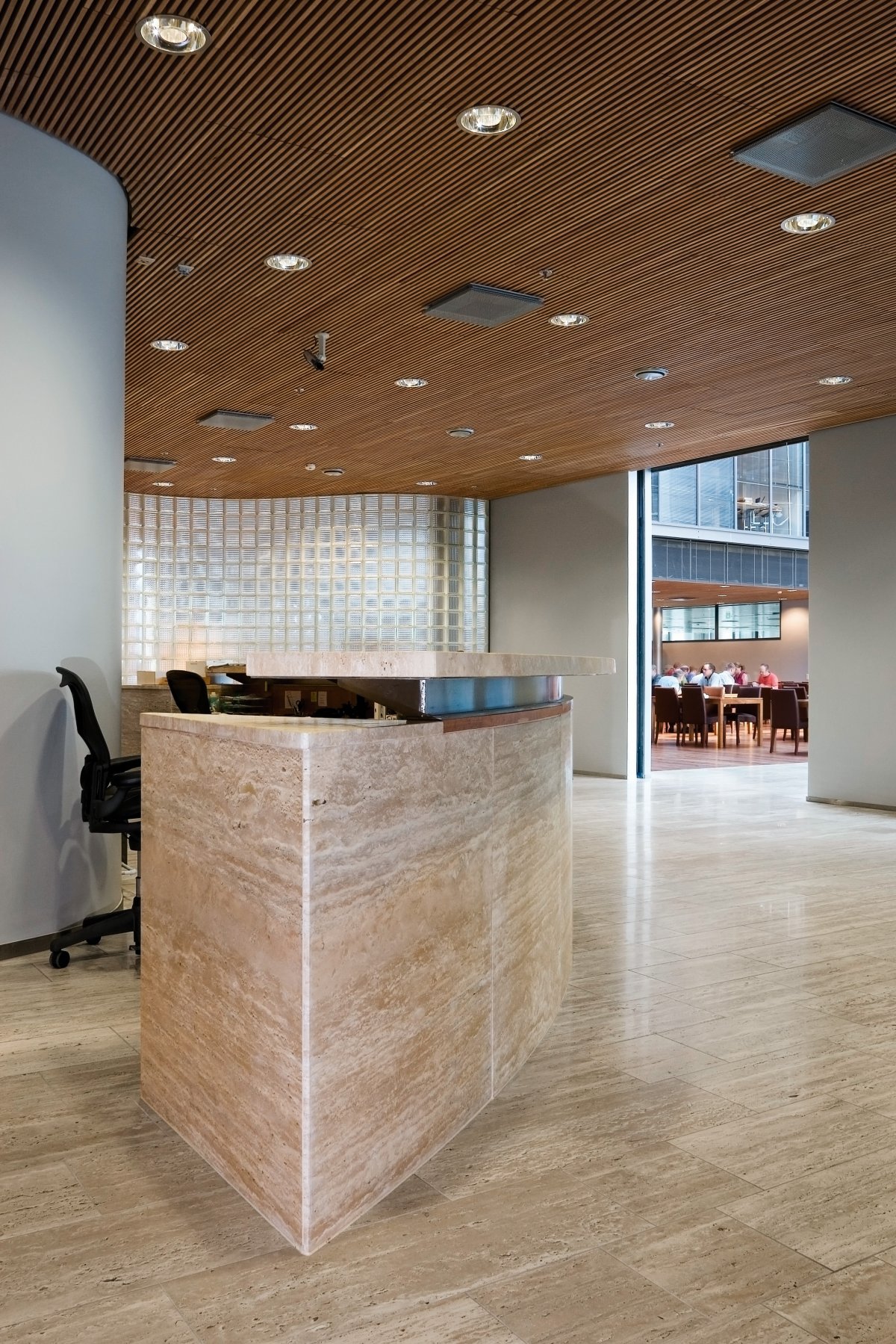 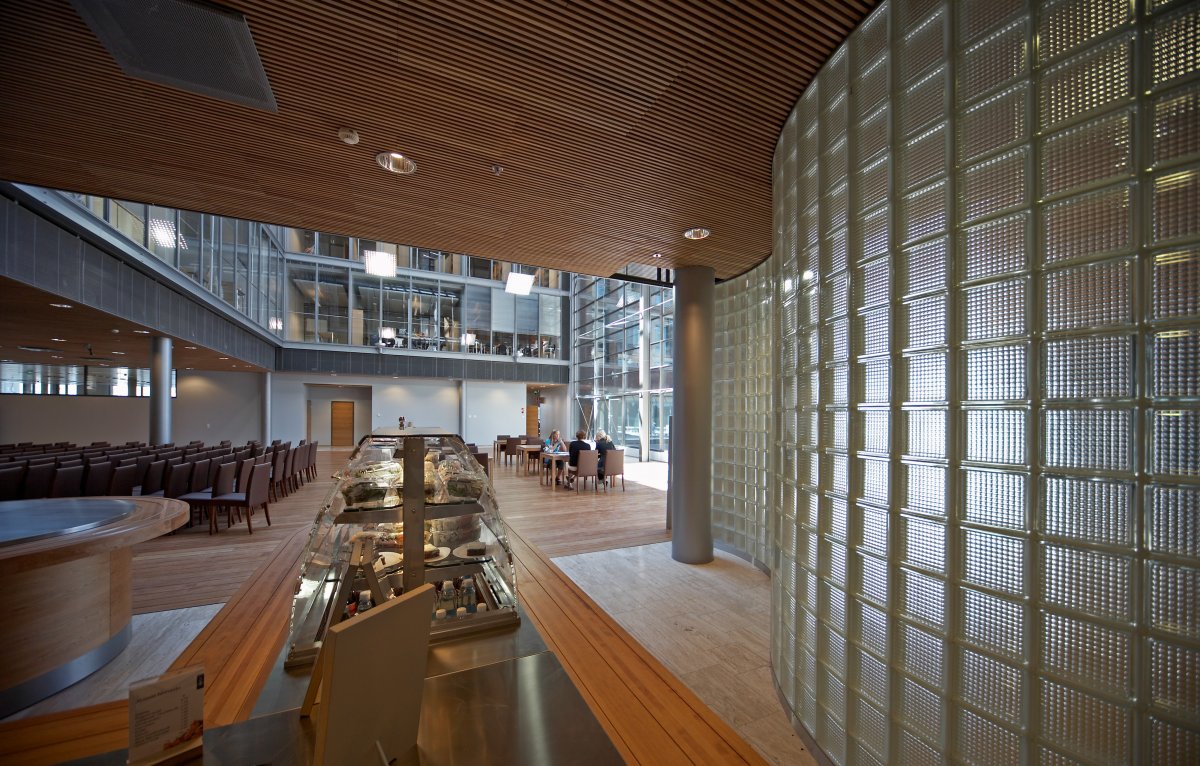 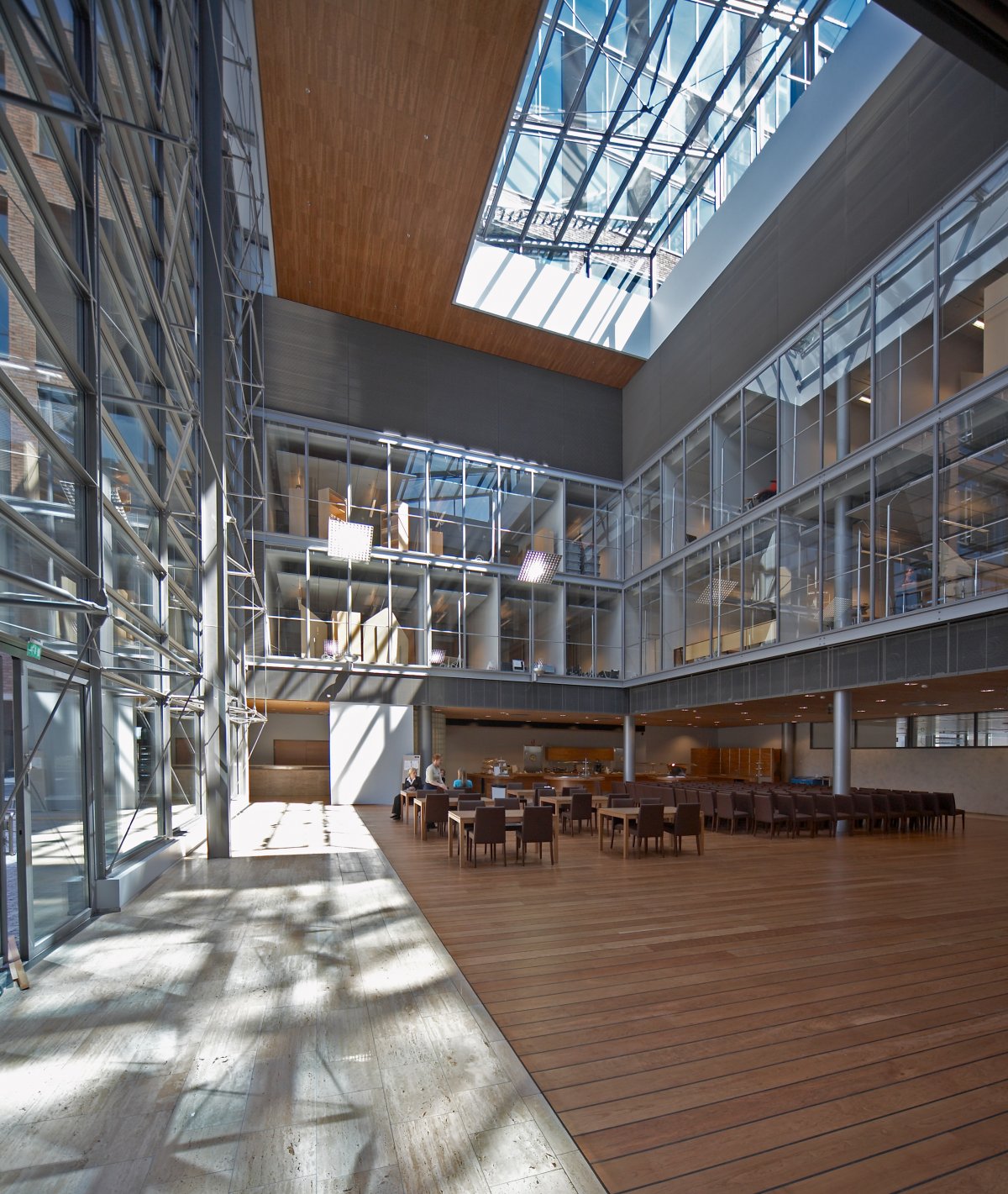 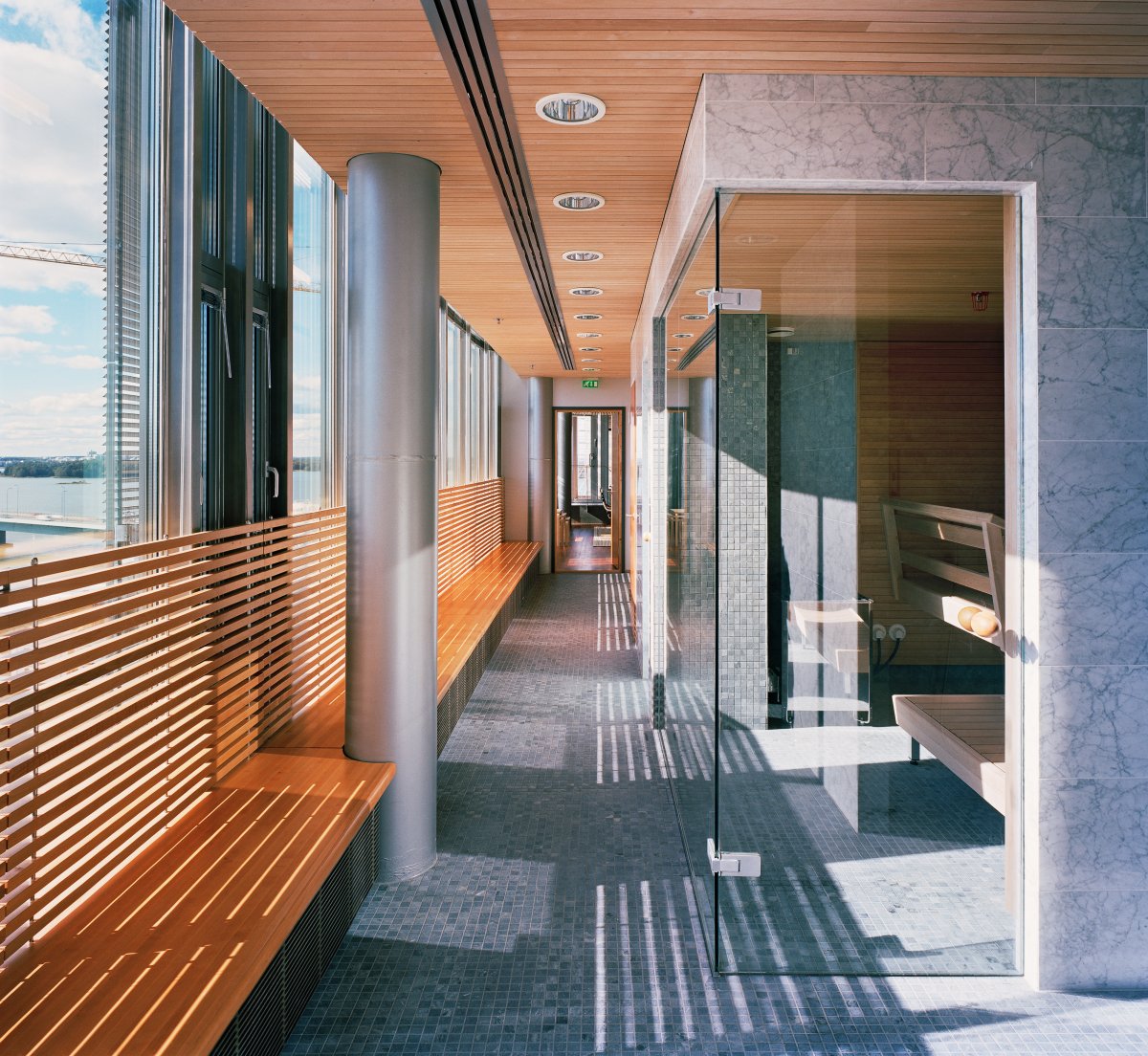 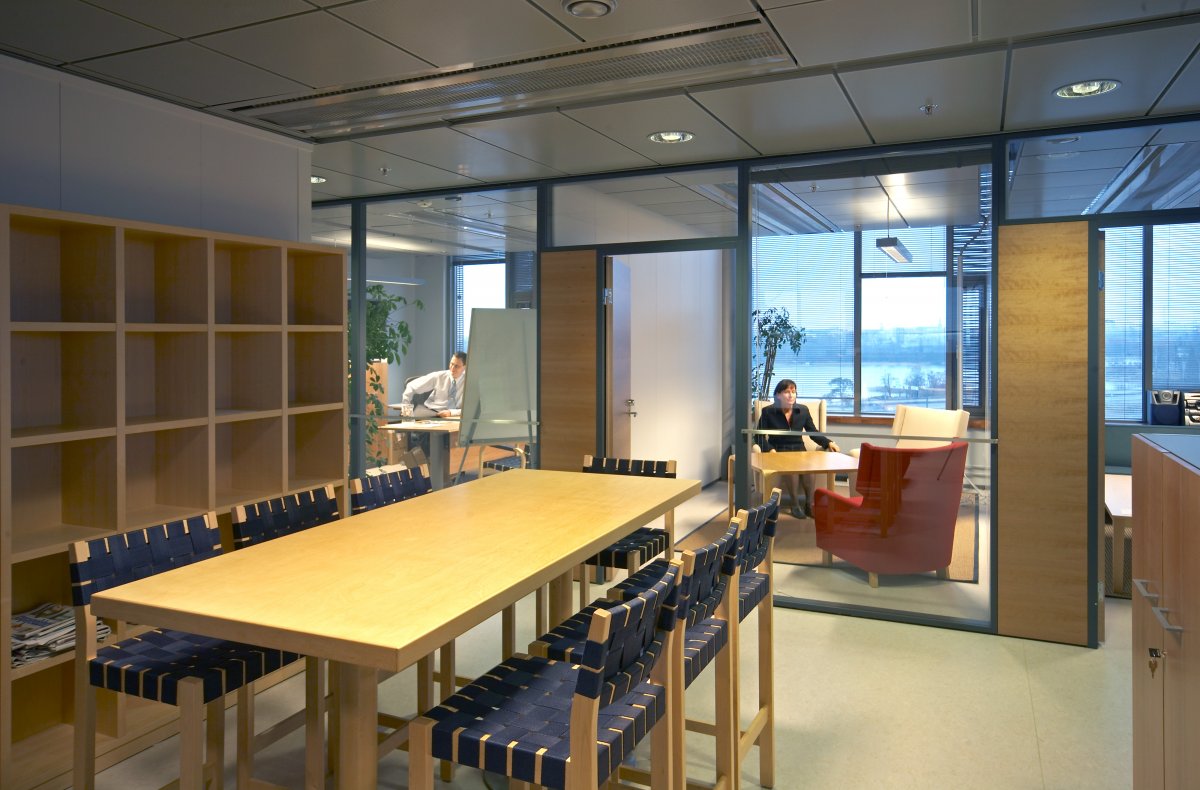 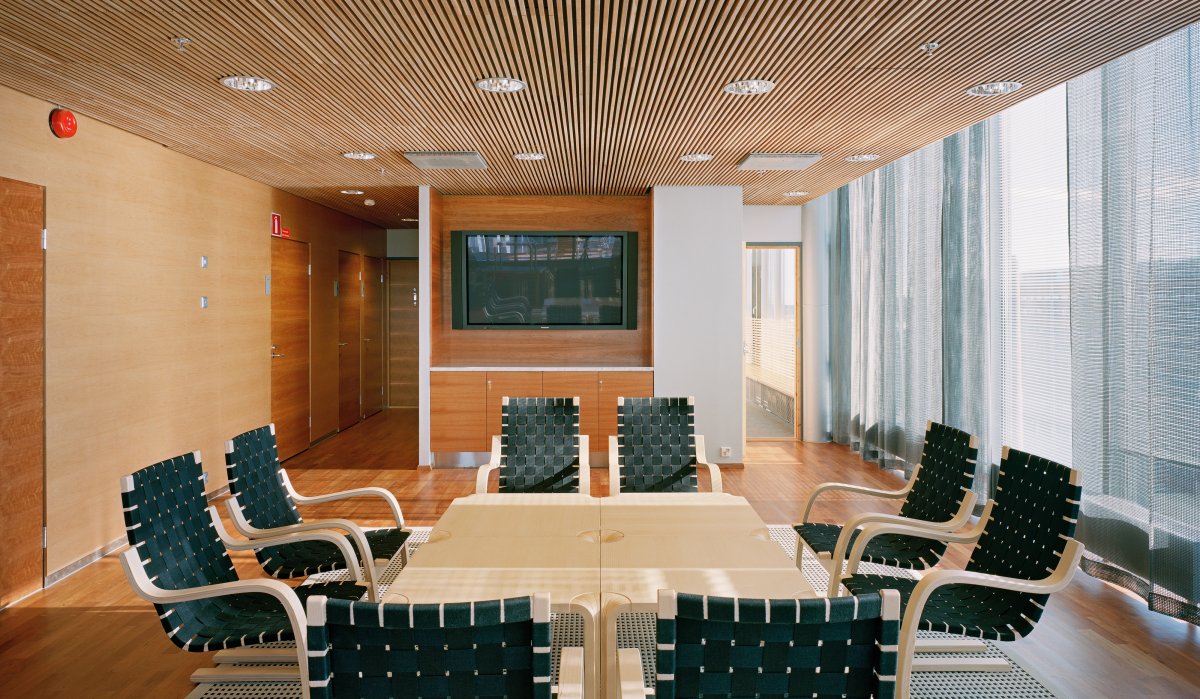