Founded in 1874, Hanko has been known as a spa town practically throughout its history. It provided Finland with a necessary winter port, and along with spa operations the town gained a summer livelihood, too. The spa and its restaurant, the present Casino, were built in 1879. The spa had its heyday before the First World War, when it was the finest of its kind in Finland. The building was badly damaged in bombardments during the Continuation War and was demolished in 1945. Spa services were also available at the local Continental Hotel (now Regatta), built in 1900, in its early years. A public swimming facility with diving platform and separate swimming houses for men and women was built at the end of the 19th century on the Tehtaanniemi peninsula at the southern tip of the town. While the swimming houses of the spa were mainly used by spa guests and other socialites, the public swimming houses served the needs of common people. Women’s swimming house from 1891 still remains on Tehtaanniemi.

The Regatta Spa is located on the Tehtaanniemi peninsula next to Hanko’s guest harbour on a shoreline rock, which is partly in a nature reserve area. It was designed as a high-standard international bathing establishment but also to meet the Hanko citizens’ needs for recreation and swimming teaching. Besides changing rooms and shower and sauna facilities, the spa contains a reception area with cafe, traditional Finnish saunas, a steam sauna, a yoga room, a gym, and several treatment rooms. In addition to the 25-metre-long main swimming pool, the equipment includes a shallower, warm therapy pool. There are also two rentable saunas and a lounge on the ground floor.

Since the water level of the pools is flush with the floor, the main pool seems to extend right to the sea through the large windows, all the way to the rocky islands ahead and the horizon beyond. The amount of water is regulated by means of an equalising basin on a lower floor. When the number of people in the pools increases, the water they displace flows automatically to the equalising basin.

On the long sides of the building the walls are loadbearing, the roof is partly of hollow-core slabs and the pool area is covered by double T slabs. The ground floor is built entirely and the first floor partly of inner leaf elements. The facade cladding is mainly white insulated render; the recesses of large windows and glass doors have yellow and red hues as effect colours. In the interiors, the walls of the lounge and bathing area are clad with travertine tiling, and the floors have ceramic tiling of matching hue. The ceilings of the sauna are clad with alder battening.

Unfortunately, the client has built an extensive glass veranda to one side of the building, partly spoiling the entrance facade of the spa. Three additional multi-storey buildings, which serve apartment hotel operation and leisure time dwelling, have been built on the site to designs by another architectural practice, and a project to extend the hotel is at hand.

Further information on the history of Hanko on the web page of Hanko town and in the book Hangon rakennuskulttuuri ja kulttuurimaisema, published by the Hanko Museum, 1989. 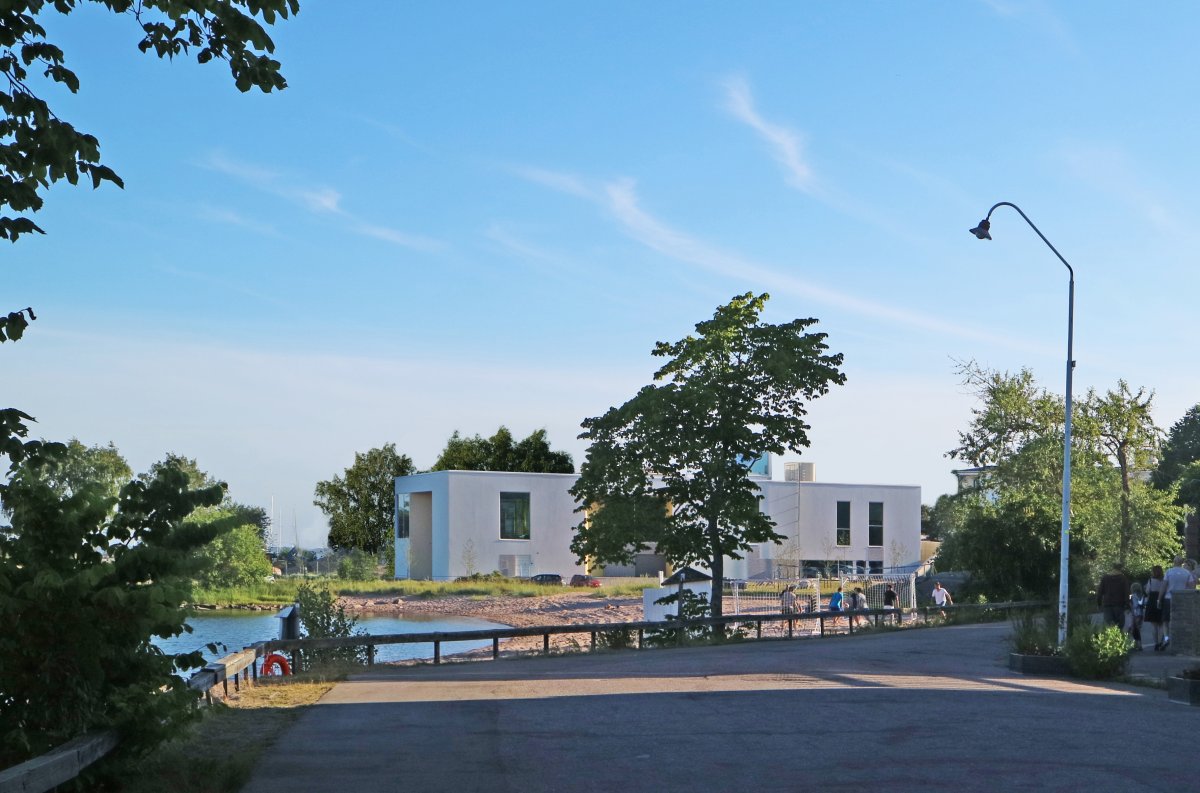 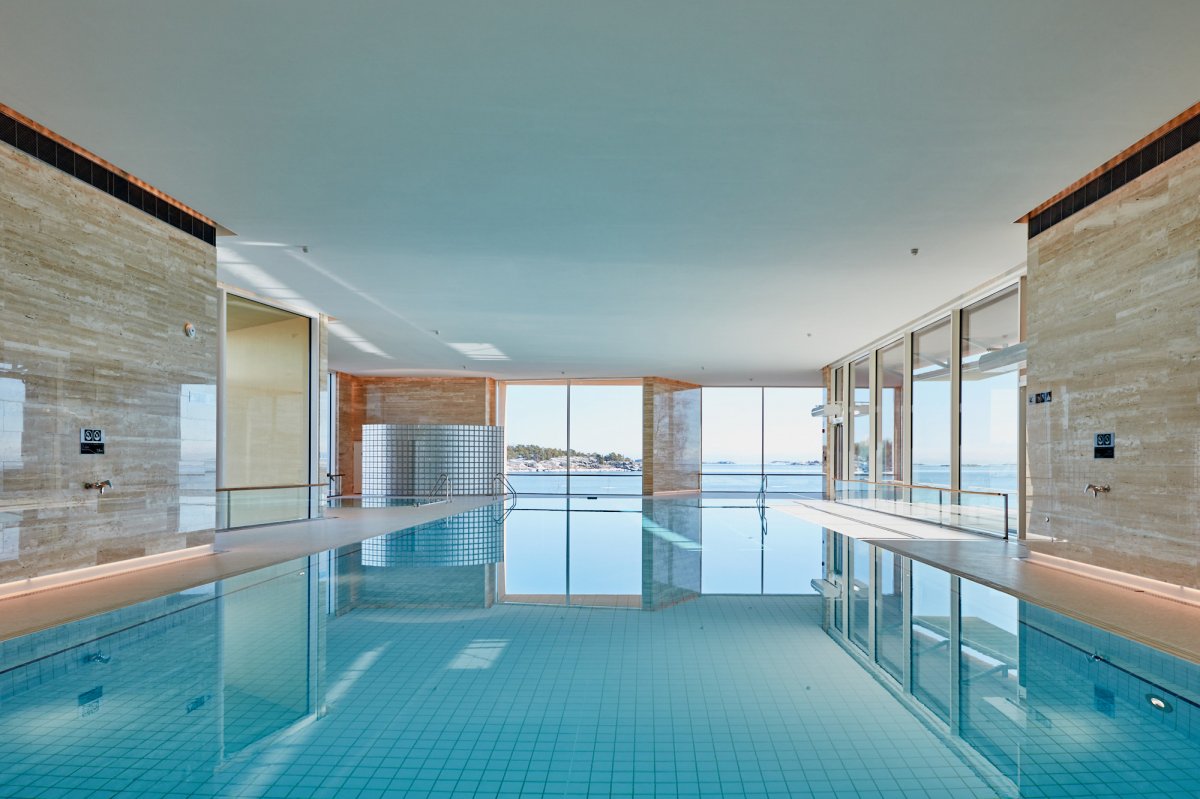 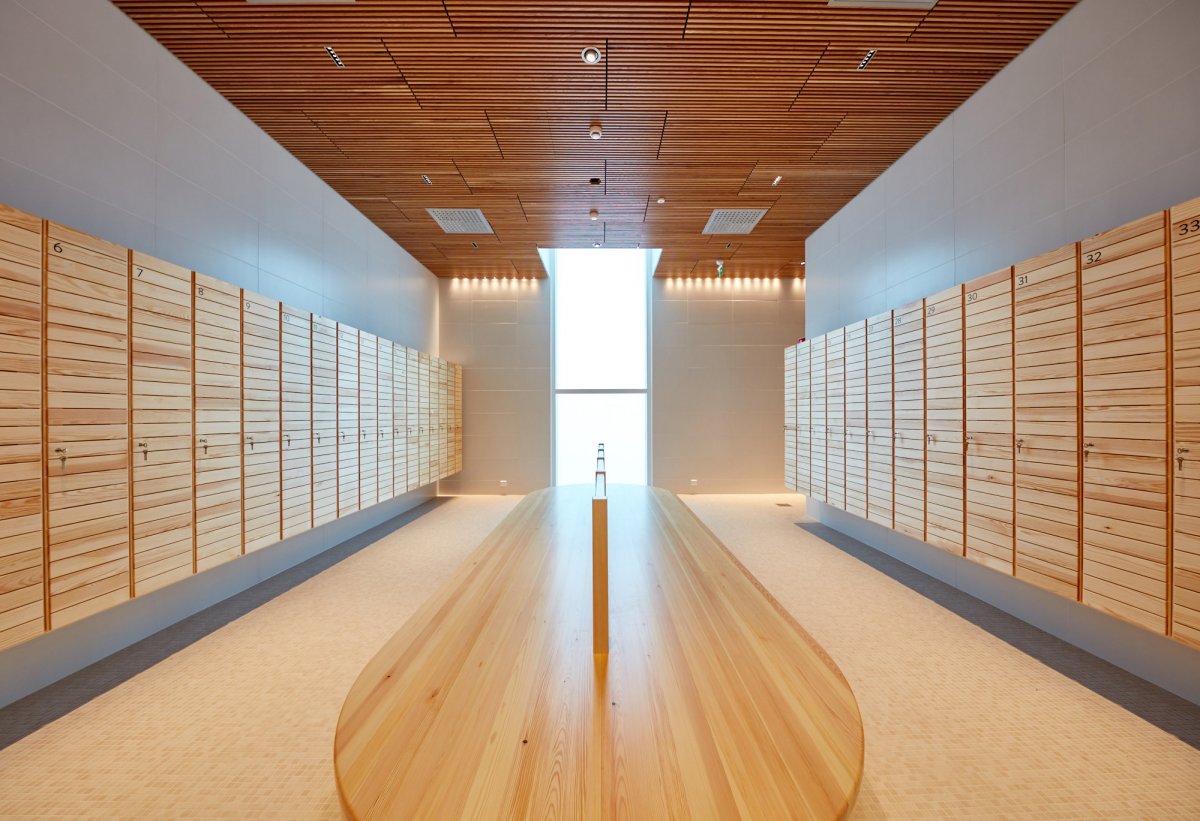 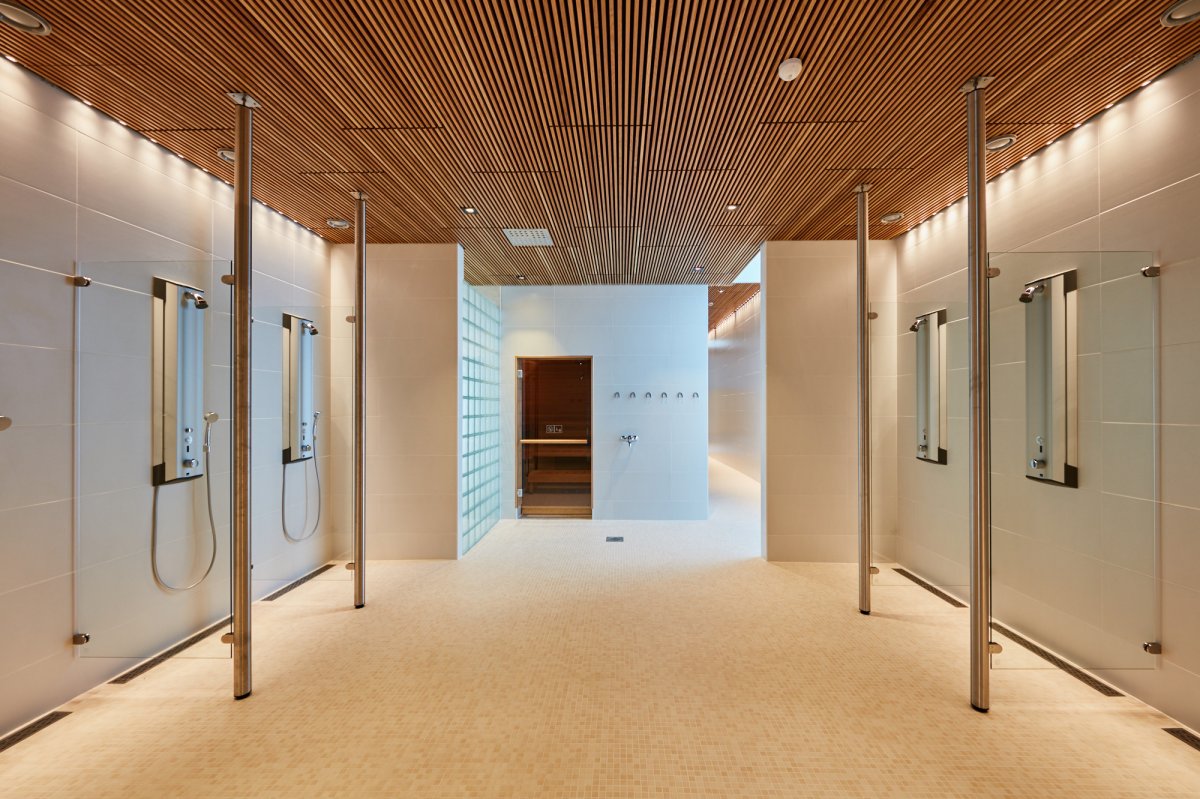 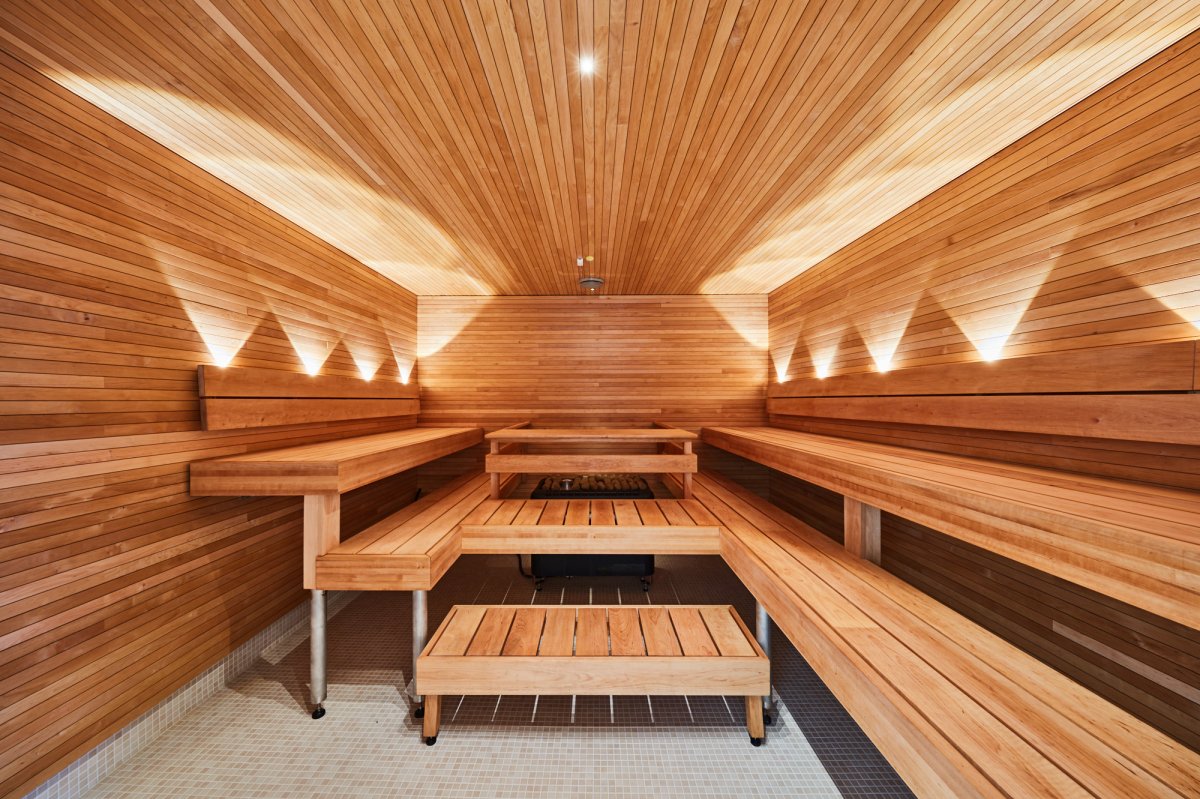