Ministry of Social Affairs and Health

… anyone who goes to the place is greeted by the notion of a decent state, dignified but not extravagant, civil but not showy, efficient yet conscious of individuality. This is how democracies should build for their servants.

… anyone who goes to the place is greeted by the notion of a decent state, dignified but not extravagant, civil but not showy, efficient yet conscious of individuality. This is how democracies should build for their servants.

In the 1990s there was an empty site surrounded by listed signature buildings near the Cathedral in the heart of Helsinki, in the corner of two streets (Meritullinkatu and Kirkkokatu). It had served as a temporary parking area since 1971, when a building designed By C. J. von Heideken in 1893, used by the University of Helsinki, was demolished. The Finnish Real Estate Institute decided to build there an office building for the Ministry of Social Affairs and Health. In 1996, the institute organised an invited architectural competition, and the building was designed and constructed on the basis of the winning entry. Before the completion of the new building the ministry had operated in thirteen different addresses. About three hundred officials moved to the building.

The new ministry is surrounded by a coherent stone city mainly representing Neo-Classical architecture, though there are individual buildings that represent Functionalism and Art Nouveau, even a few newer strip facades clad with sheet metal. The street facades of the nearest buildings are articulated by strongly profiled horizontal mouldings and pilasters, and the upright rectangular windows opening the facade surfaces at regular intervals are highlighted by frames and formal motifs varying by floor.

As a public building, it is appropriate for the ministry to stand out from its environment, while at the same time committing itself to the main principles of the coherent urban milieu. The street-side roof form continues the line of the neighbours. The facades are connected with the neighbours by a similar articulation, achieved by means of modern architecture, the relief effect of large window surfaces and narrow window strips. The blank areas of the facades are clad with Finnish granite. When the building had been completed, there was some discussion about this material, because it deviated from the render surfaces of the neighbours, but it does highlight the identity of a public building. On the courtyard side, the facades are concrete and have strip windows. This solution refers to traditional construction: it has been a custom to treat courtyard facades more modestly than street facades.

There are five stories of offices. The fifth floor is reserved for the ministers and their assistants; above this is still an attic floor housing a sauna department, meeting rooms and training facilities. In the main space of the building, the high entrance lobby, views open to all floors and to the bridges that connect the different parts of the building. Through the high windows, the passers-by on the street can see reflections of light on pale rose-red stucco walls and glimpses of a work of art by Robert Lucander, which climbs along a white wall surface. Besides the lobby, the ground floor contains a function room, library and staff restaurant. 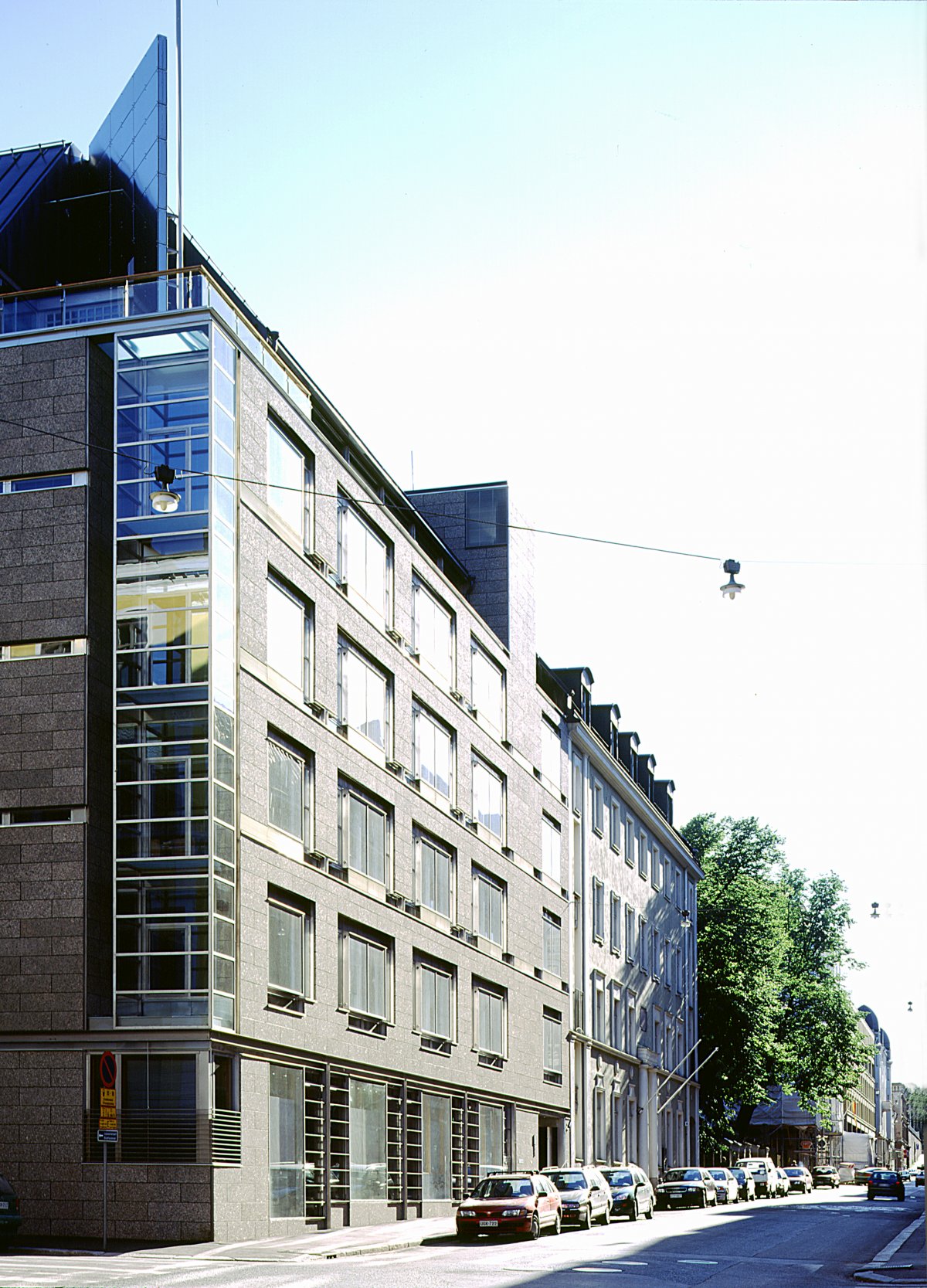 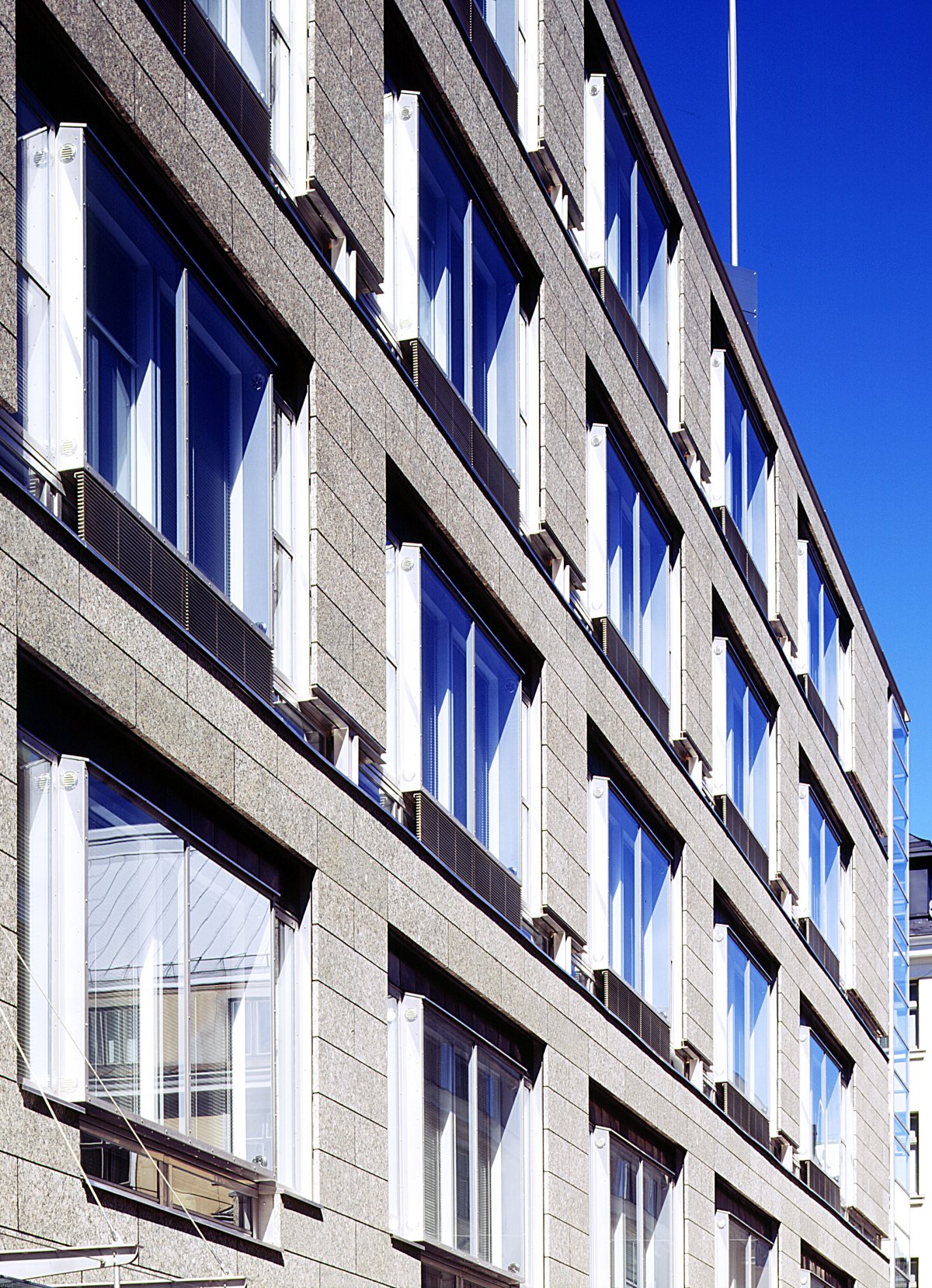 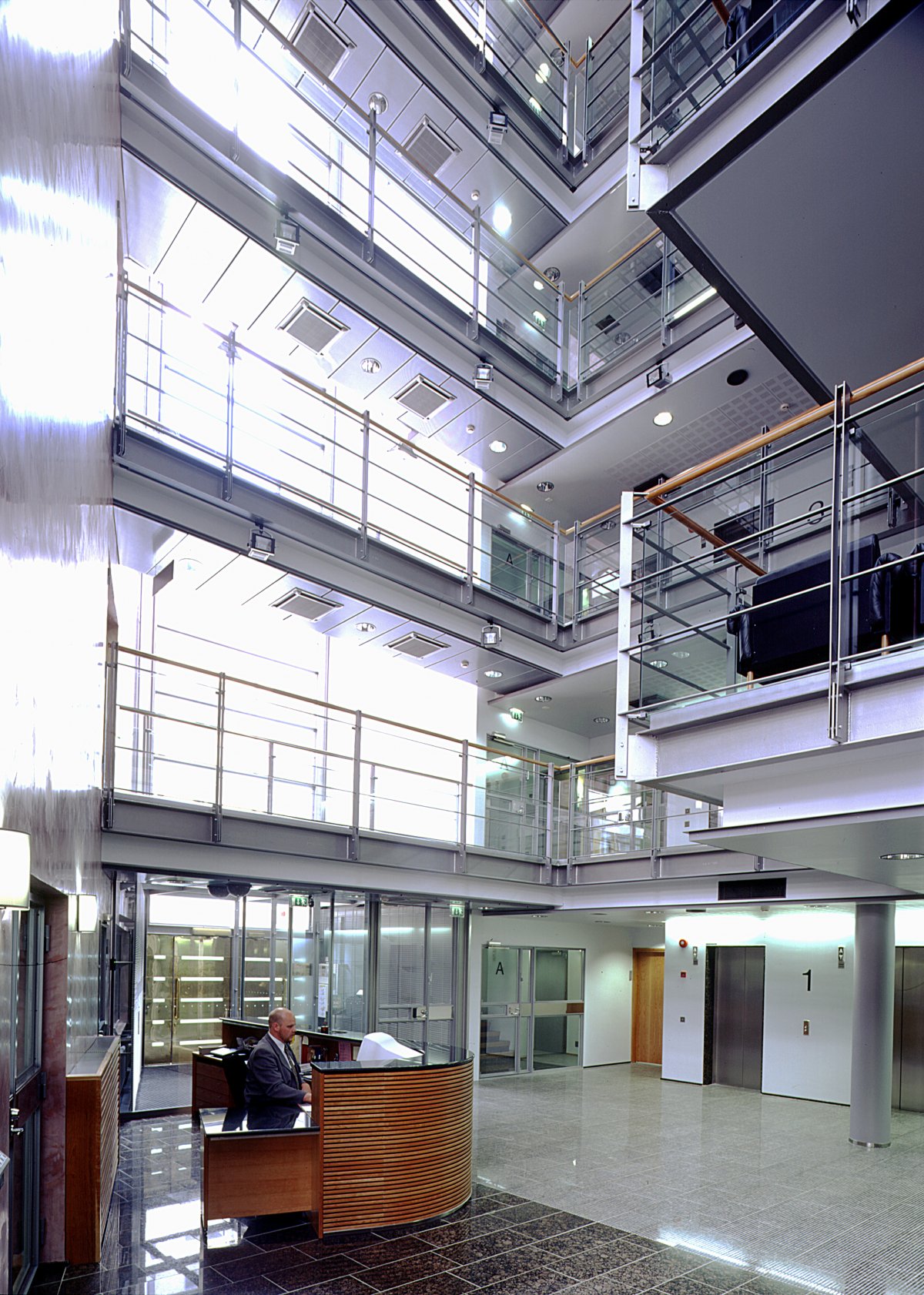 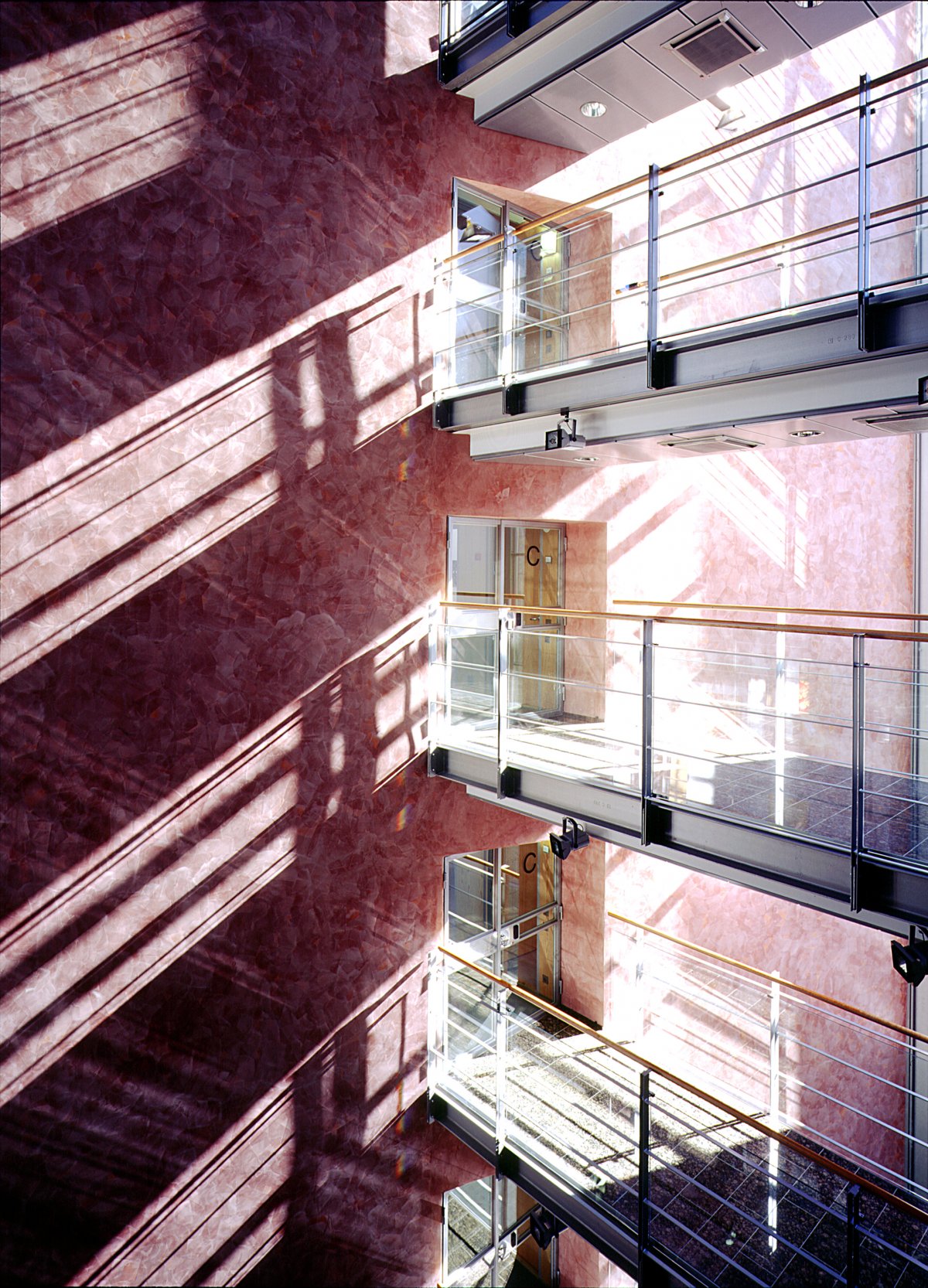