The Parliament is stunning!

Light is the first thing a visitor to Parliament pays attention to. Light pours in from large windows, illuminating the restored walls, ceilings and floors. The marble stairs shine with light, and each detail and work of art narrates its story better than during the years preceding the renovation.

A chamber as fine as this calls for good decisions, says senior curator Liisa Lindgren with pride in her voice.

The Customs is pondering whether Parliament has a ceiling of foodstuff. The chamber ceiling is clad with sugar cane boards, the very last lot of which the Finnish architects were able to find… The rate of customs duty depends on whether the boards are considered to be foodstuff, in which case no duty is charged, or construction material, in which case there is a duty.

The oldest unit of the properties of Parliament is the Parliament House designed by Johan Sigfrid Sirén. The design was based on the winning entry, “Oratoribus”, made by the Borg–Sirén–Åberg Architects for an architectural competition organised in 1924. The building was completed in 1931 and has since served the Parliament of Finland with the exceptions of a three-month period during the Winter War (1939–40), when Parliament was evacuated to Kauhajoki, and a two-year period at the end of the renovation, when Parliament sessions were held at the concert hall of the Sibelius Academy.

The hierarchical sequence of spaces arranged around the central chamber, based on strict classical symmetry, represents in style the Nordic Classicism of the 1920s, supplemented by Sirén with e.g. Egyptian motifs. The interiors also contain references to functionalism. The round chamber is located in the centre of a rectangular volume. Between the chamber and the outer perimeter are four light courts. From the main entrance on ground floor, you go via round lift lobbies to marble staircases, which lead to upper floors at both ends of the building. On the first floor, bronze doors open from lobbies to a festive stateroom, from where you go via a curved corridor into the chamber. The lobby of the Speaker’s Council, articulated by rows of columns, and the Speaker’s office have direct access to the chamber.

The restaurant and café are located at the south side, in the immediate vicinity of the chamber. Formerly, the members of public who came to observe sessions entered from the side doors of the granite staircase. Nowadays they go through a security check located in the visitor entrance lobby into circular “gallery vestibules” and then ascend symmetrical stairs to the lower gallery on the second floor or the upper one on the third, to find themselves under the cupola that spans the whole chamber and has a lantern at the top admitting light to the space.

The third floor is assigned to committees. The offices are on the second, fourth and fifth floors, the parliamentary group rooms on the fourth. Each floor has a distinctive expression resulting from the use and architectural design of the spaces.

In the decades following its completion, the building was maintained and some alterations were made in the spirit of the times. J. S. Sirén was in charge of alteration designs up to the 1950s. Later annual repairs concerned the refurbishment and upgrading of structures, surfaces, surface materials and technical installations.

The previous thorough renovation of the Parliament House was carried out in 1976–1984. In this connection, the building was also provided with an extension. Both were designed by Pitkänen–Laiho–Raunio Architects, later Laiho–Pulkkinen–Raunio Architects.

In 2004 a new annexe was built to our designs, the Little Parliament, which is one of the properties of the Parliament of Finland.

The realisation of the renovation and restoration

All technical installations were renewed in the renovation. Structures and building elements were repaired to the extent provided by condition surveys and structural examinations. In terms of construction technology, the most notable works were the renewal of roof structures coupled with the construction of a maintenance trolley track and the partial demolishment, rebuilding and extension of the stairwell built in the late 1970s at the side of the southern inner courtyard, which now reaches the underground logistic centre. The alteration improved connections between the Little Parliament and the Parliament House.

The working conditions of the users of the Parliament House were made better. Fire safety and exit security as well as the safe use, accessibility and reachability of the building were improved in various ways. Acoustic properties were also improved where it was necessary and possible. The security systems were developed continuously during the ten-year span of the project to make them meet the requirements of ongoing and future changes.

The main functional changes were related to the relocation of logistic operations to a new logistic centre in renovated underground spaces and the alteration of the spaces beneath the chamber into a service centre for the MPs and work area for media.

A historically significant functional change is, perhaps, the building of a space for public hearings, the Arkadia Hall, into the former Finance Committee Hall on the third floor.

In terms of user safety and indoor air issues, an important and challenging task was the opening, cleaning from detrimental elements and rubbish and disinfection of the box slabs of intermediate floors. This was done, in principle, in all offices, unless they were under or above spaces whose floors or ceilings could not be opened for reasons of building preservation. As the last safety operations, the outdoor areas were restored and provided with installations related to areal safety.

The acoustic sugar cane ceiling of the chamber was restored. The last detected lot of coffered panels was imported from Australia and stored for potential future need.

In construction technology, the Parliament House represents the craft production of its time, the 1930s. The load-bearing exterior walls are of brick clad with thick granite, the intermediate floors and chamber dome of in-situ cast reinforced concrete.

While the exterior gives the impression of a building of one material, the interiors abound in different materials and colours. A wide range of traditional paint applications in different grades of gloss were used in surface treatments. The stateliest rooms were refined with stucco and marble surfacing. Leading artists, designers and artisans were engaged in the design and making of the total work of art envisioned by the architect.

Excessive chiselling that would cause extra damage, open fire and sparks, use of water, admittance of damp and cold into the building, spreading dust and grit in spaces of ongoing work and under protective sheets were avoided during the renovation.

The installations that raised the level of security in the Parliament House had to be designed to be done without an impact on the historical and architectural significance of the building. Fire safety was improved as much as it was possible in connection with diverse procedures, examples including new fireproof upholstery fabrics and improved fire doors as well as the installation of an automatic fire alarm system, smoke venting system and emergency announcement system.

Previous generations have devoted a lot of work and thought to the Parliament House in order to achieve the best possible quality. We had to be able to do the same today. Essential ingredients of design and construction work in achieving a good end result were the quality control of building components, materials, work and performance; collaboration and continuous, close communication between people engaged in the project; respect for professionals of different fields; knowing and following the designs; daily presence of the site architect and information flow through him.

It feels just great. It feels like one is a football player who has got to play at his own stadium, praises Ozan Yanar of the Greens. Yanar bets that the stately chamber will have an influence on the style of debate.

This day, the fifth of September 2017, is a day of great joy to us, as we get to start parliamentary work in the Parliament House that has been restored to its original dignity. The house was built as a symbol of Finnish independence. The return of Parliament to its home is one of the great events of the centenary of our country and the boast of the nation. 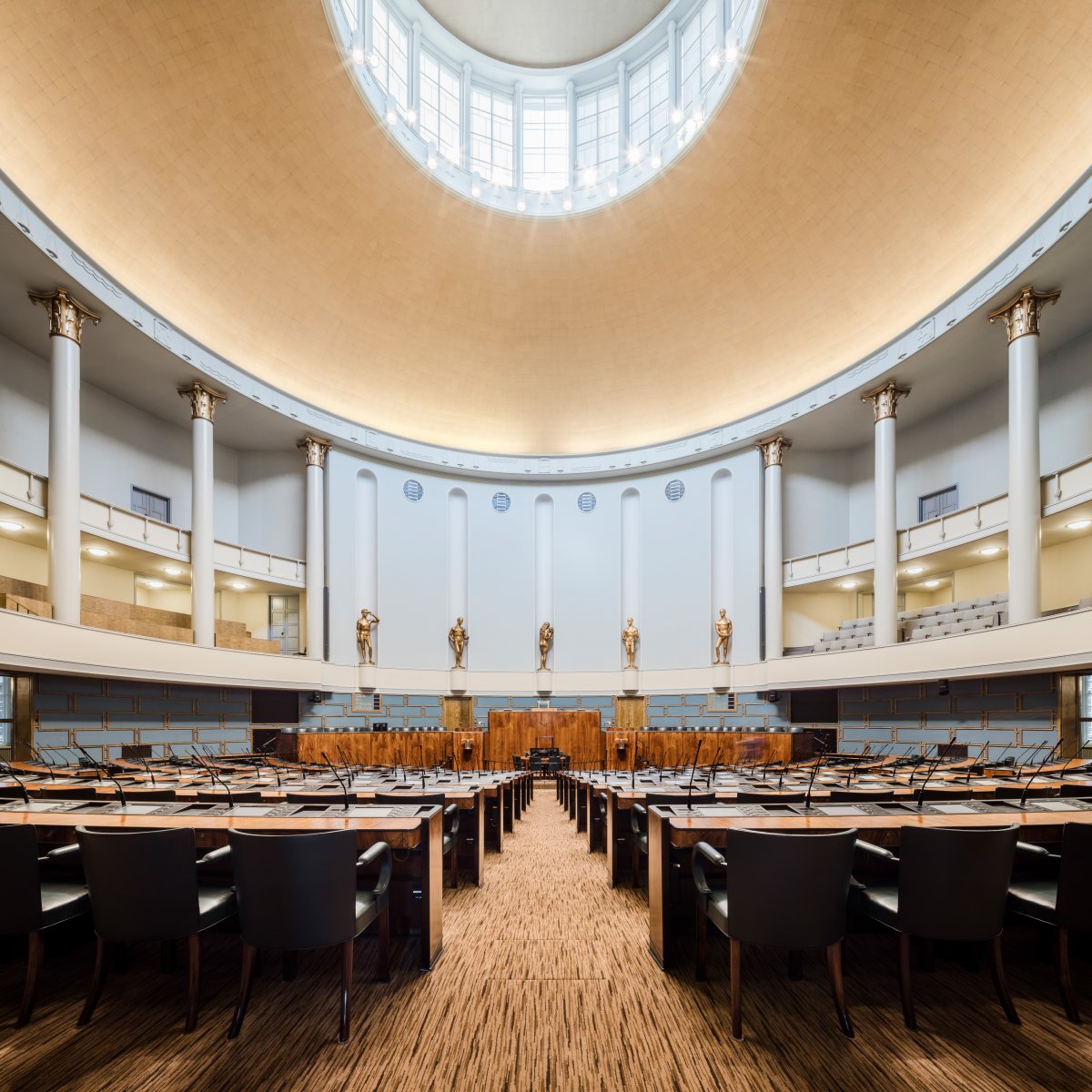 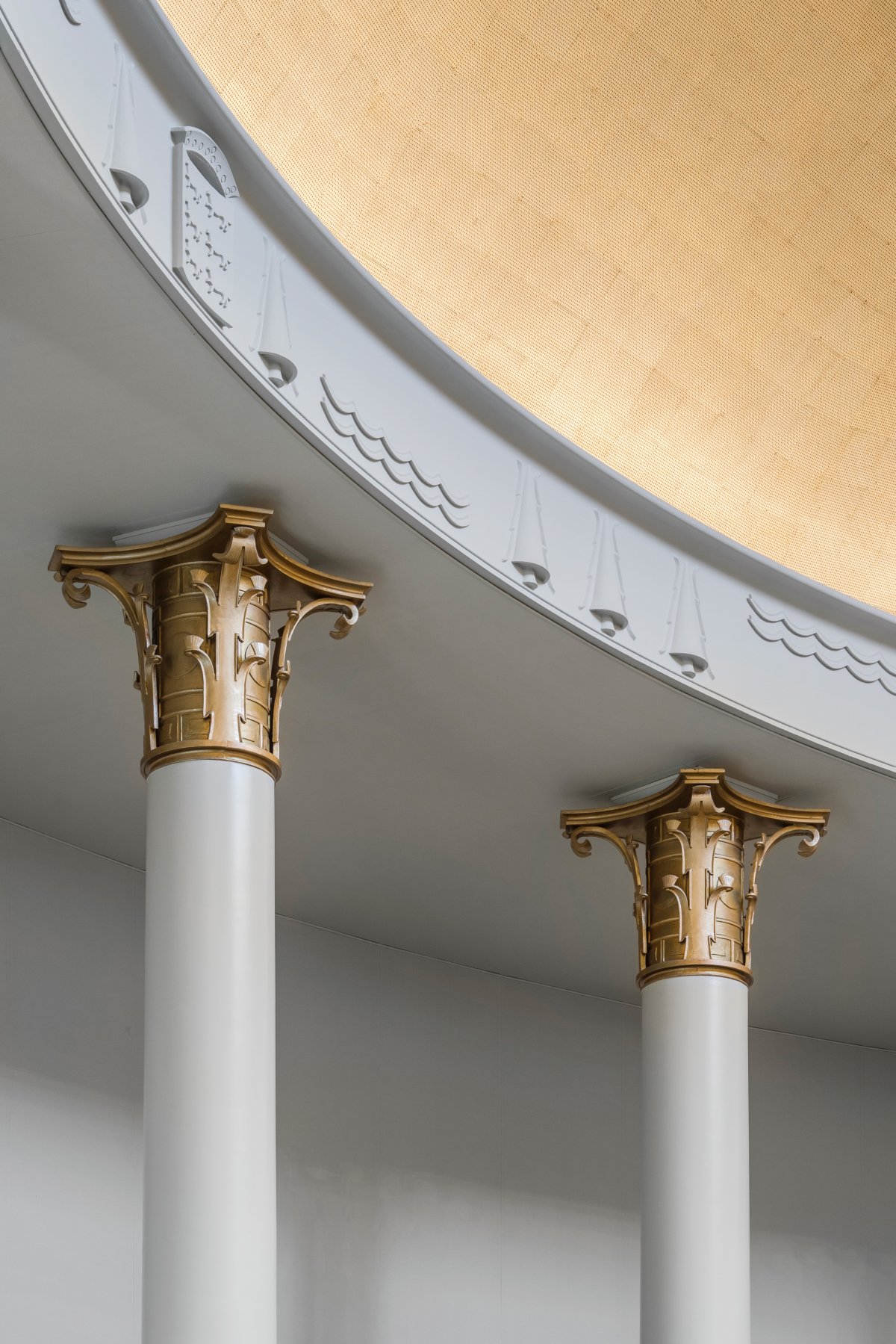 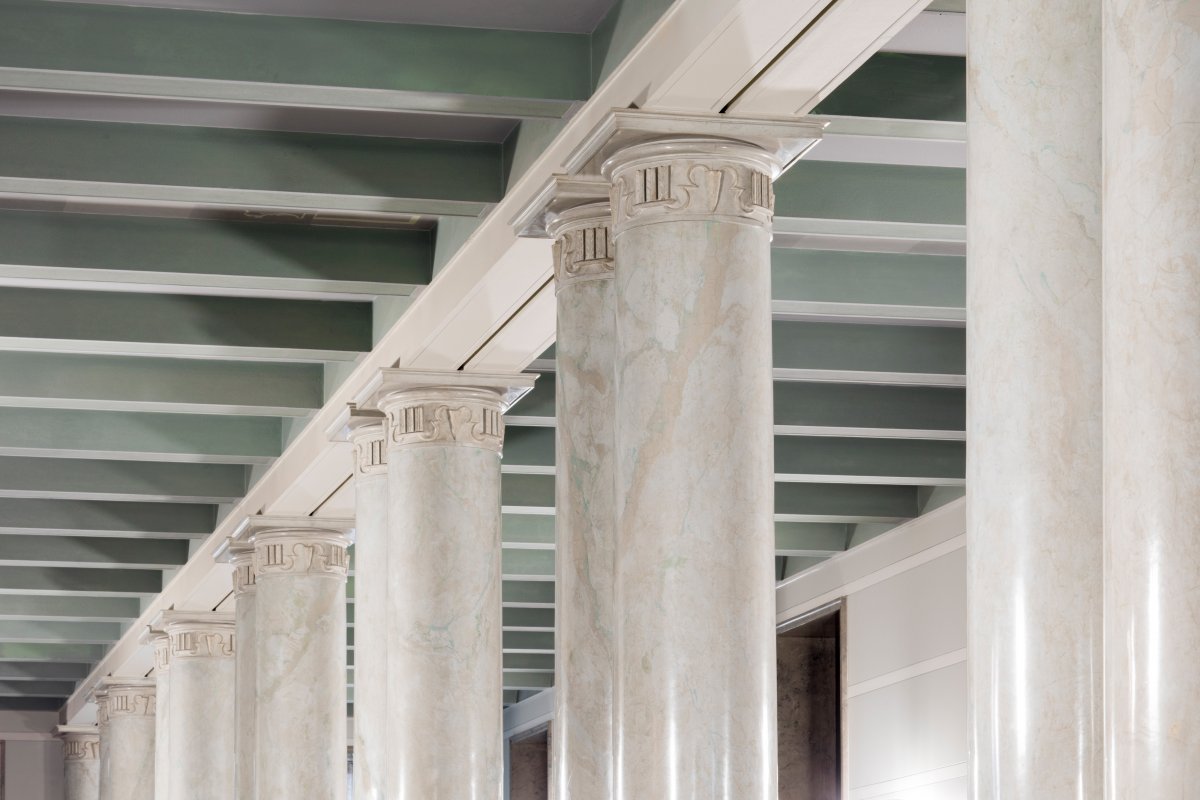 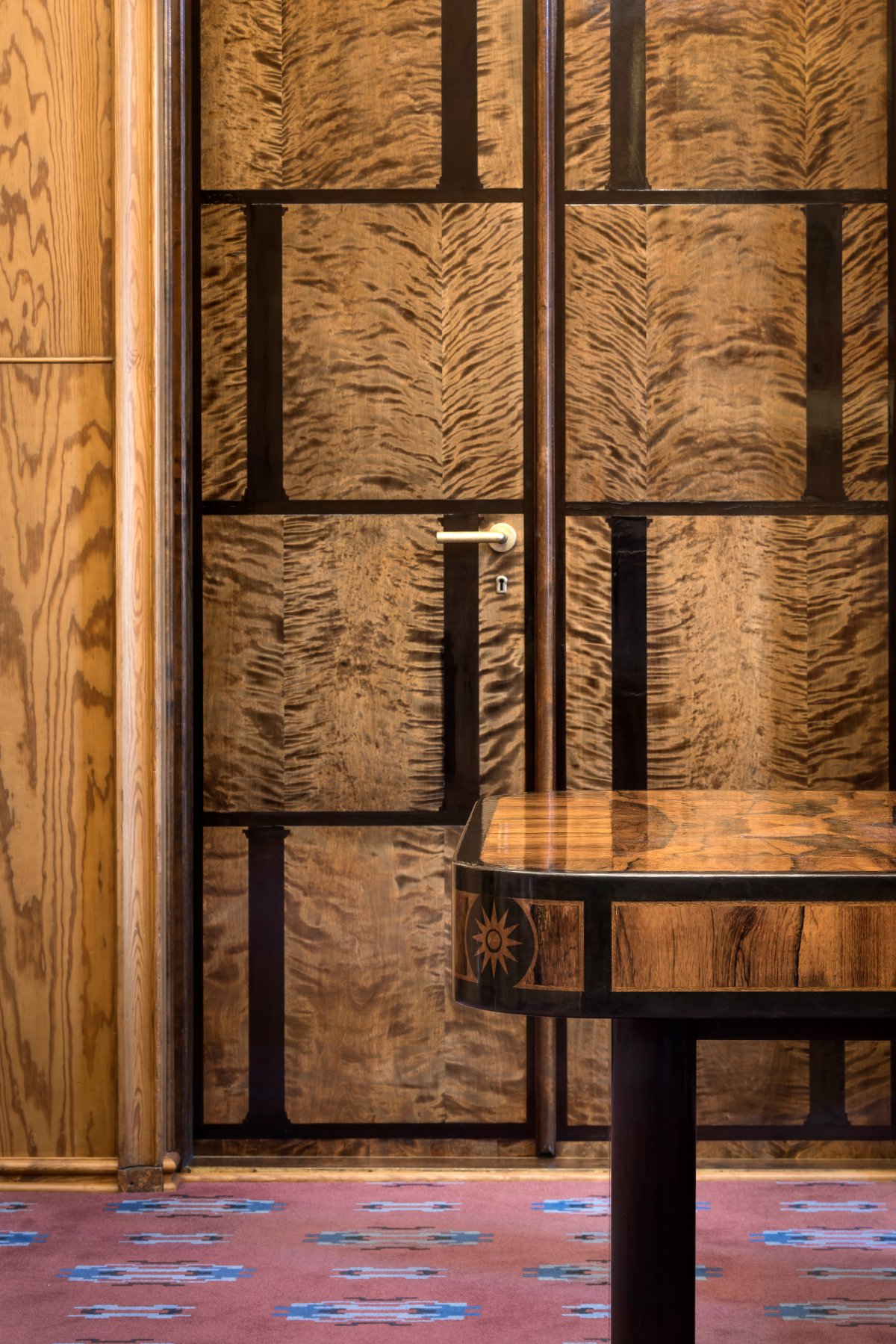 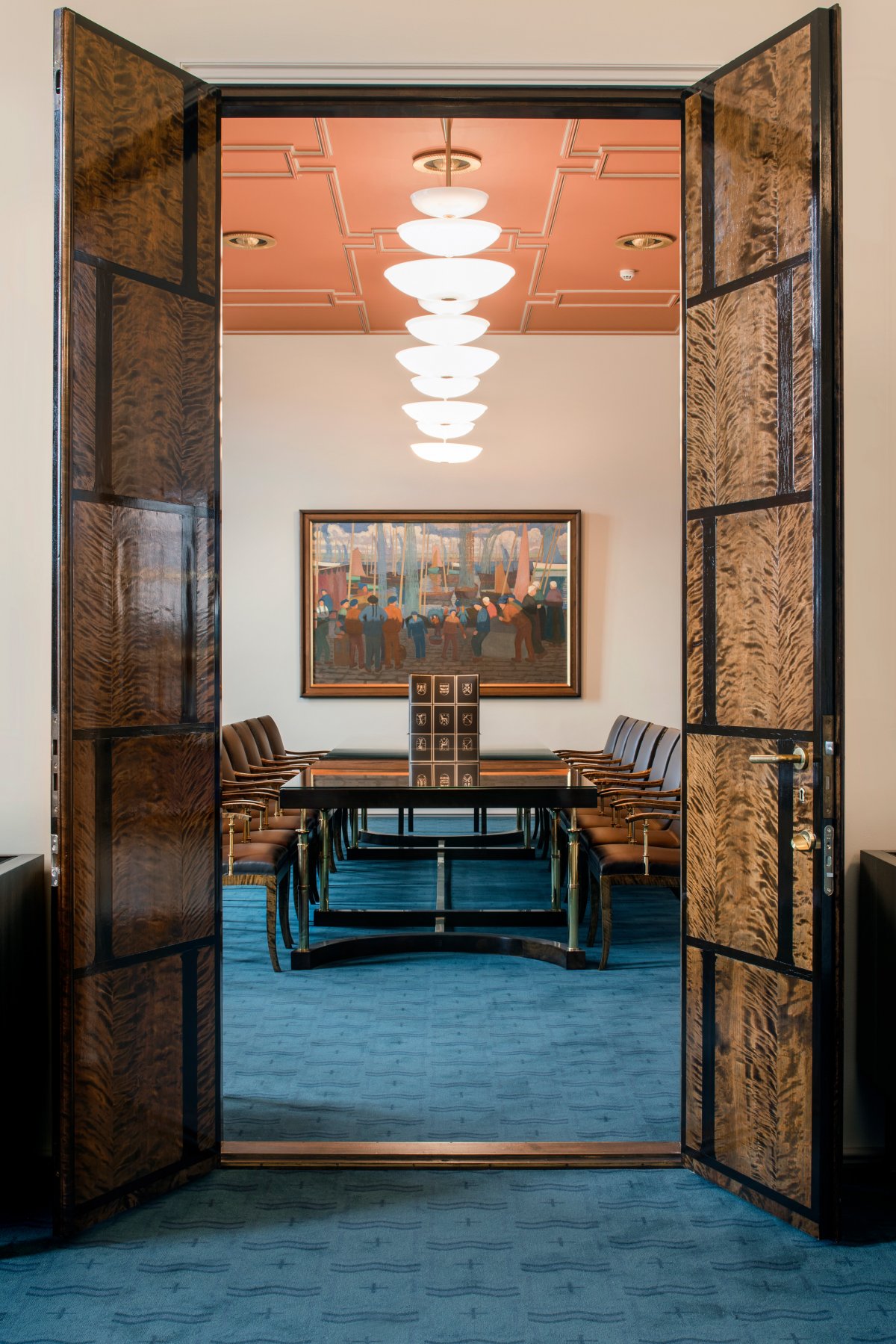 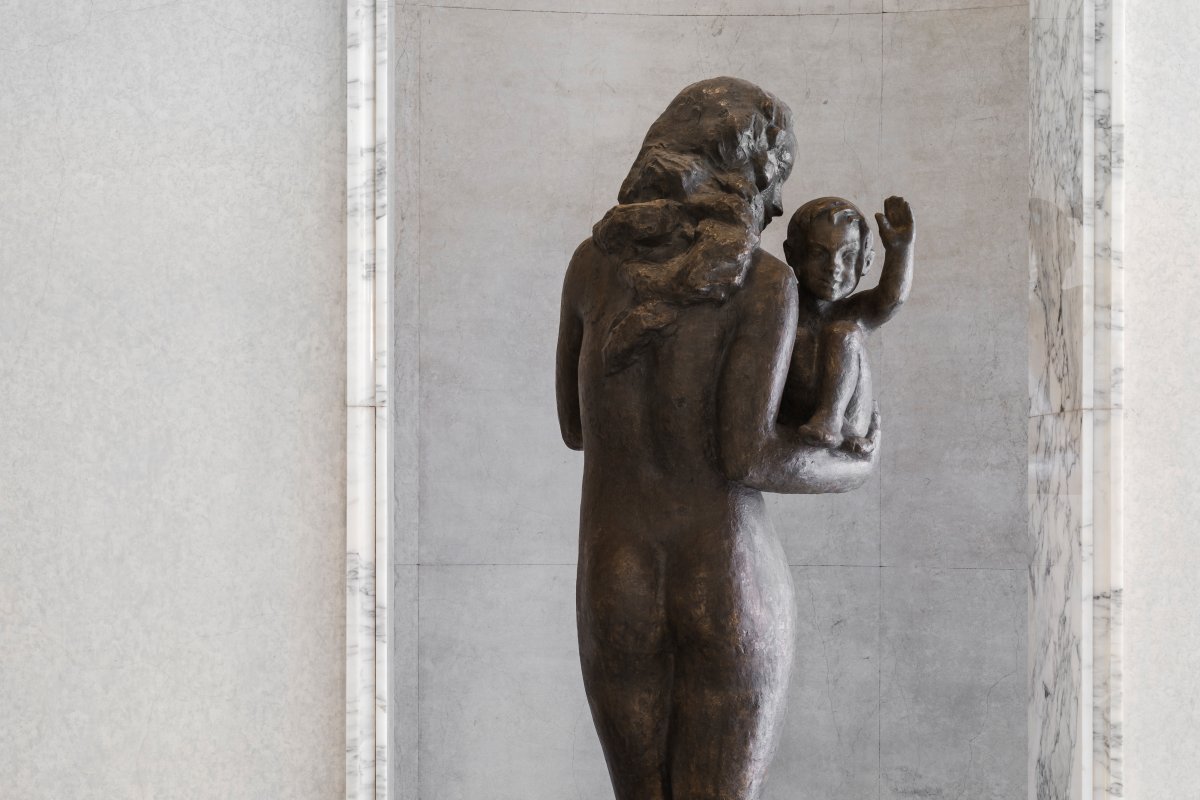 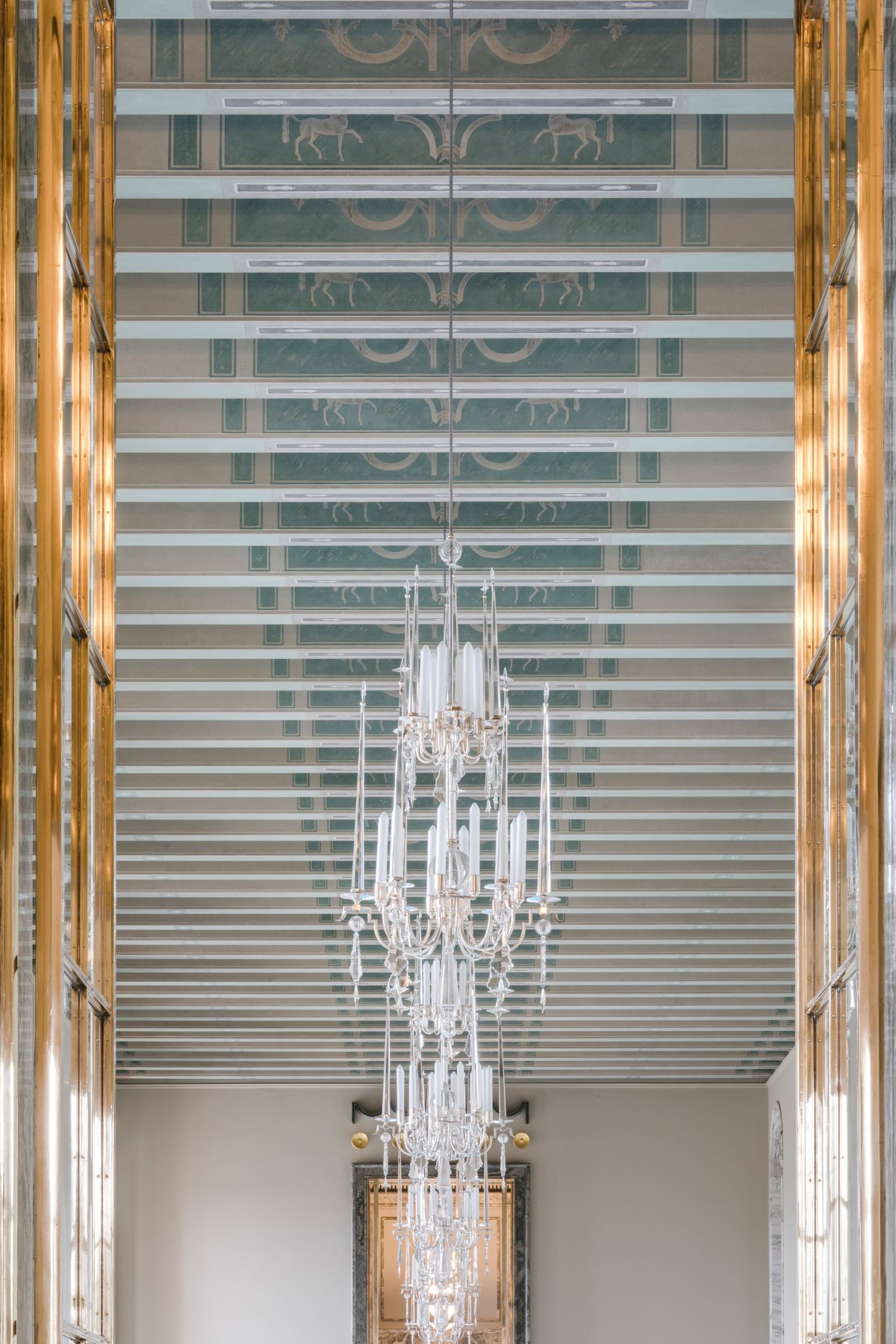 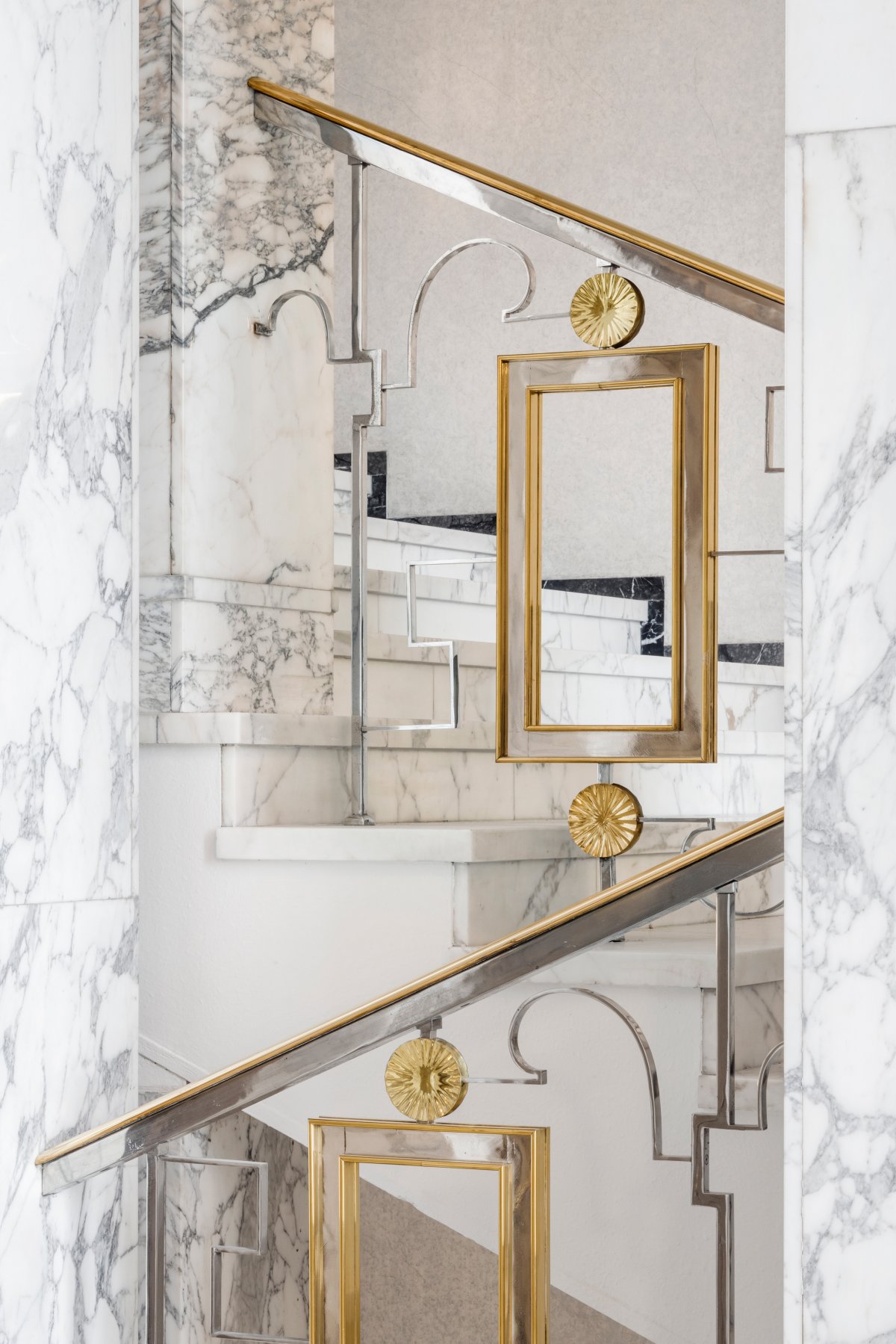 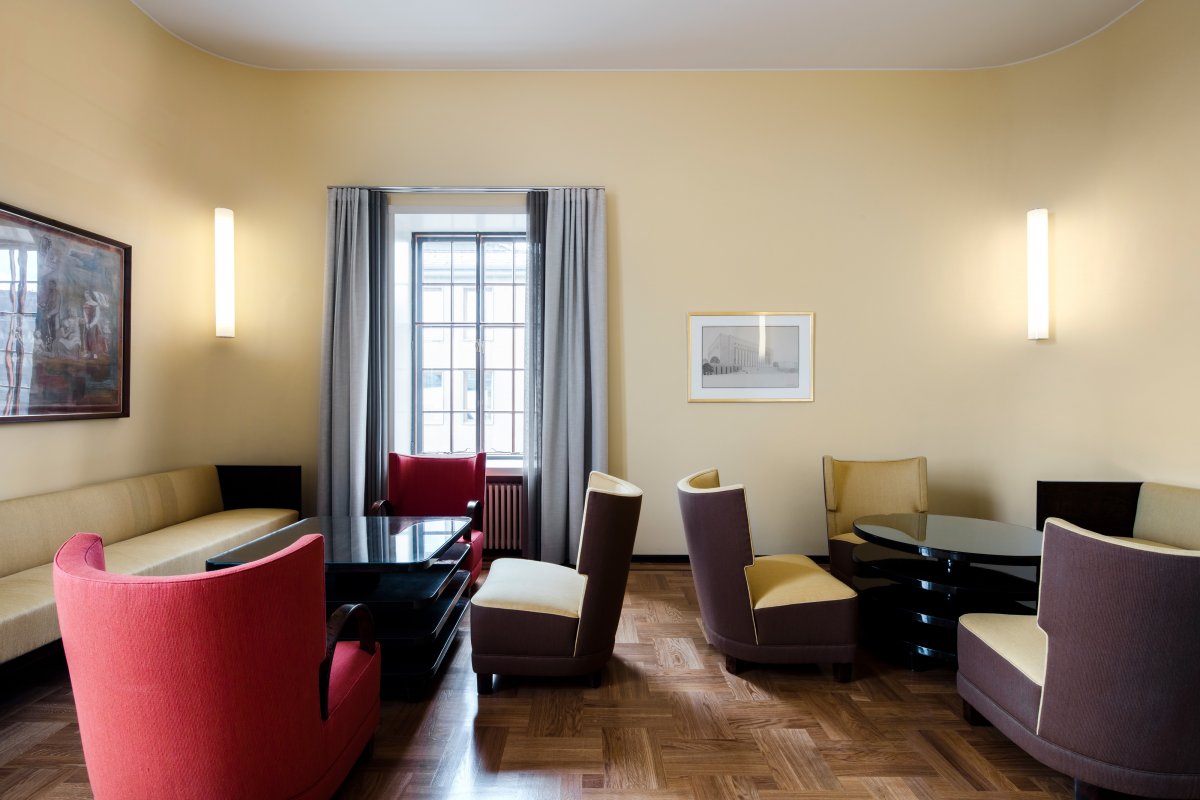 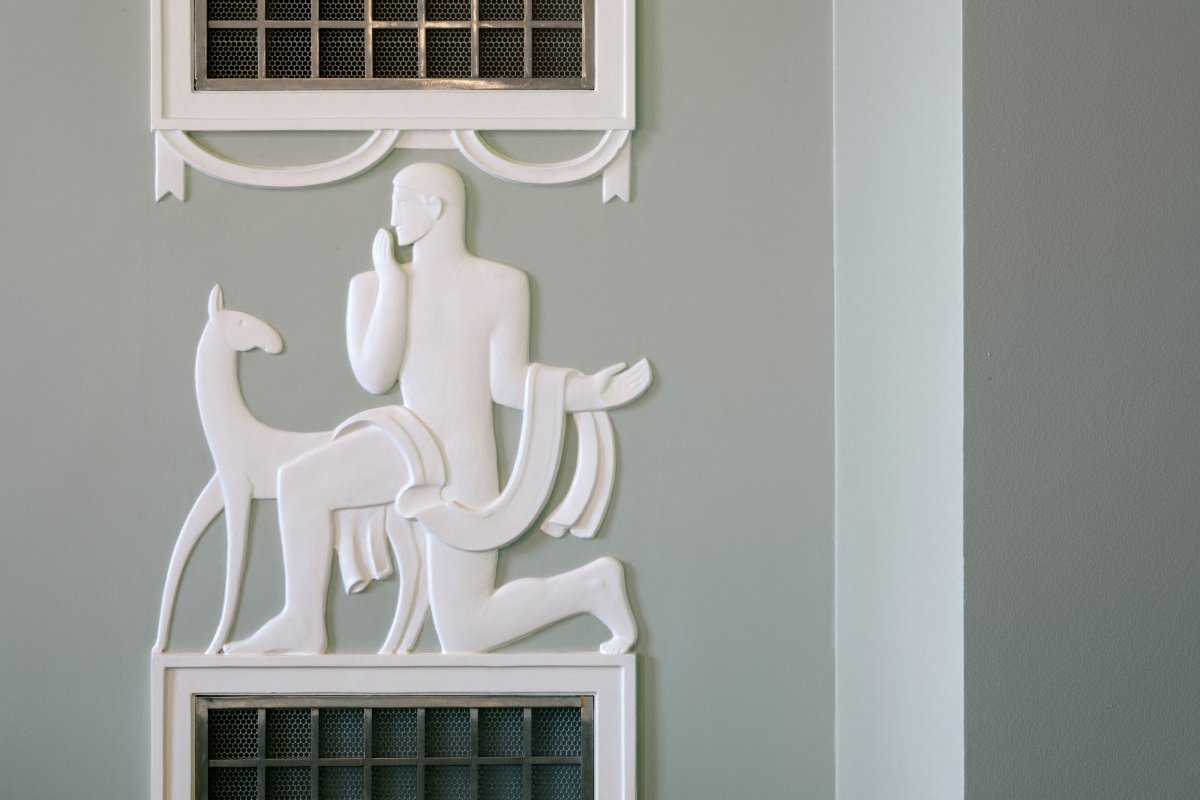 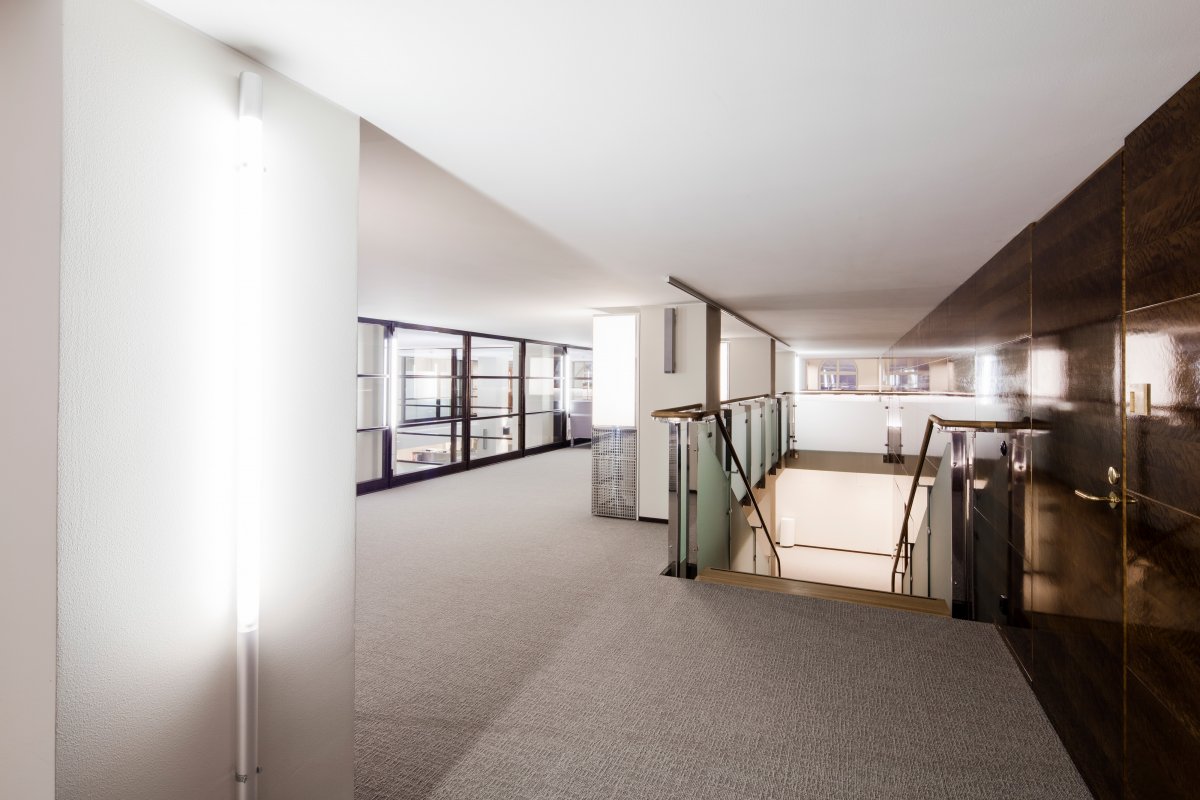 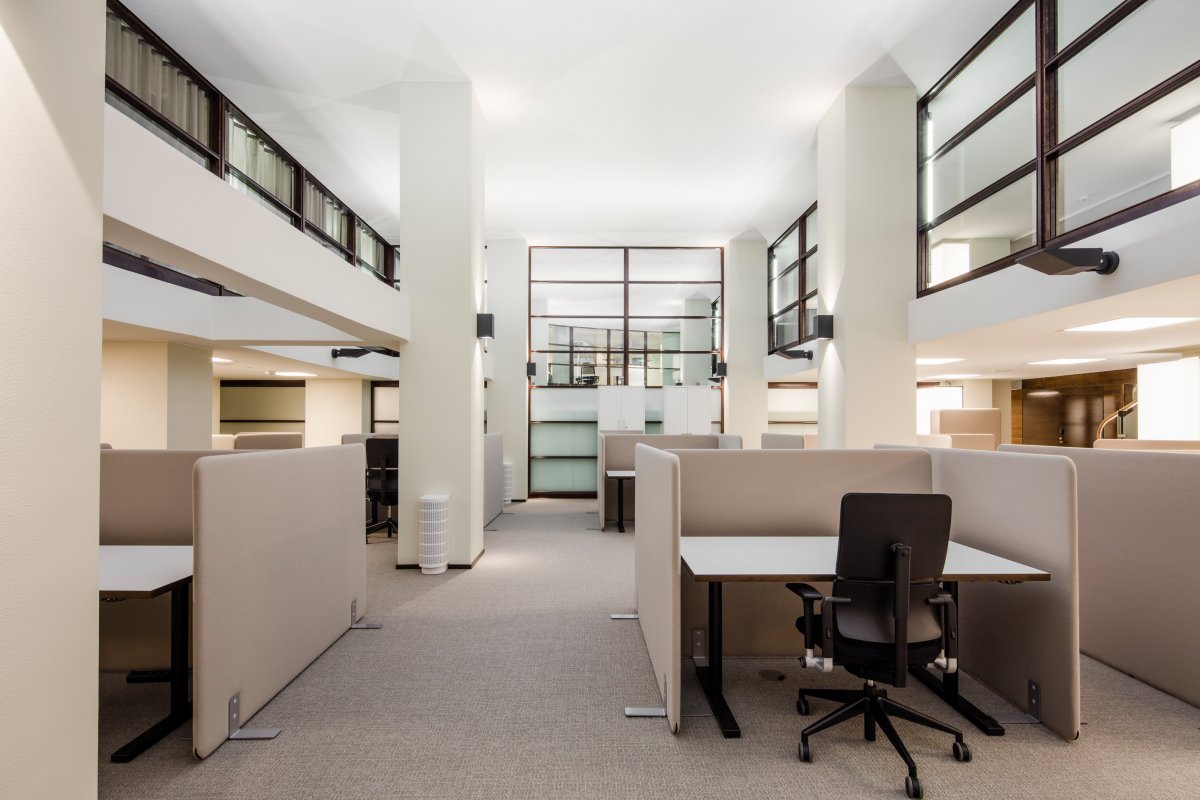 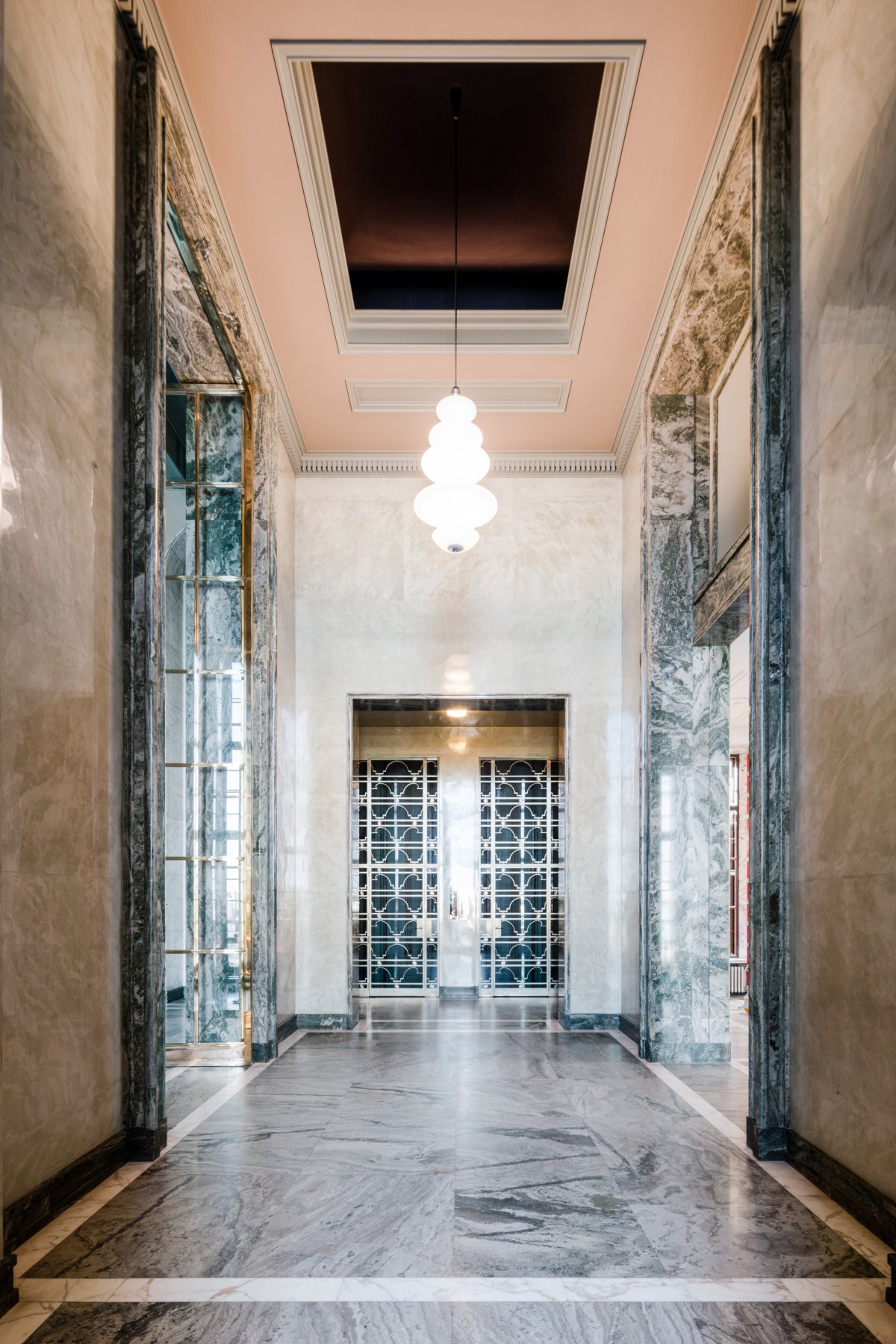 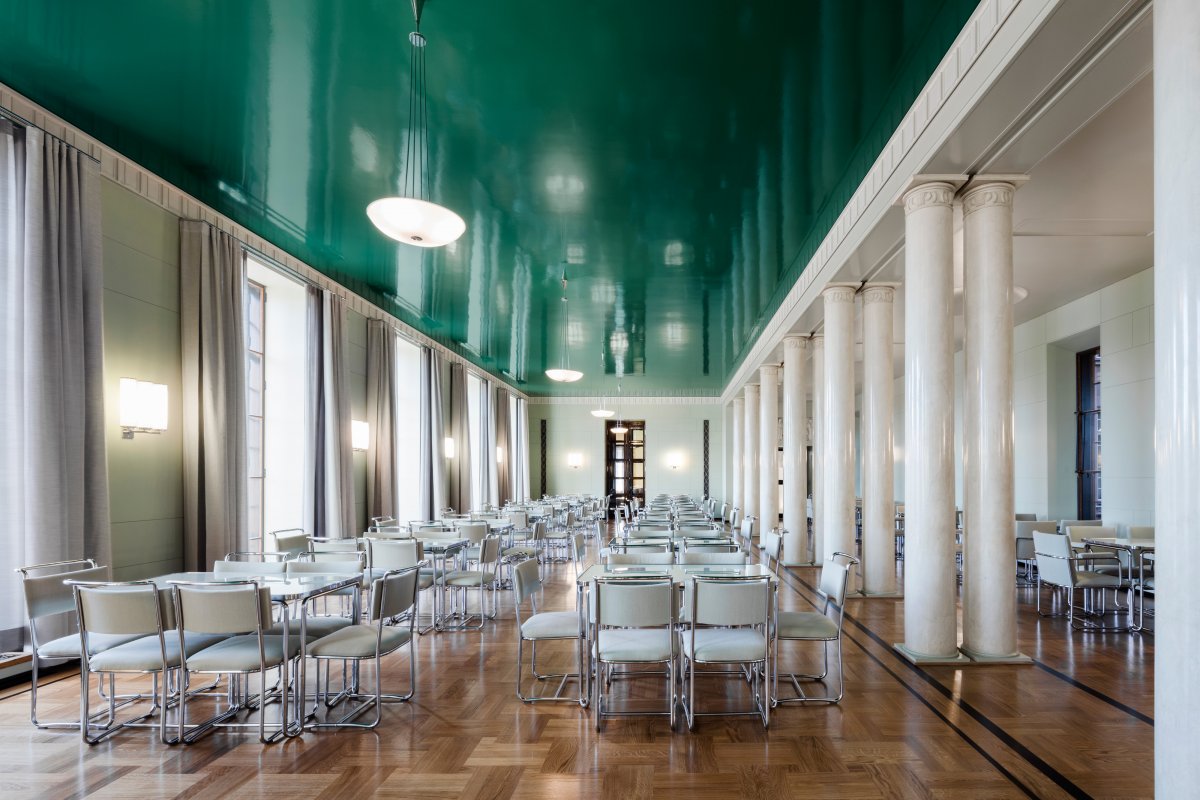 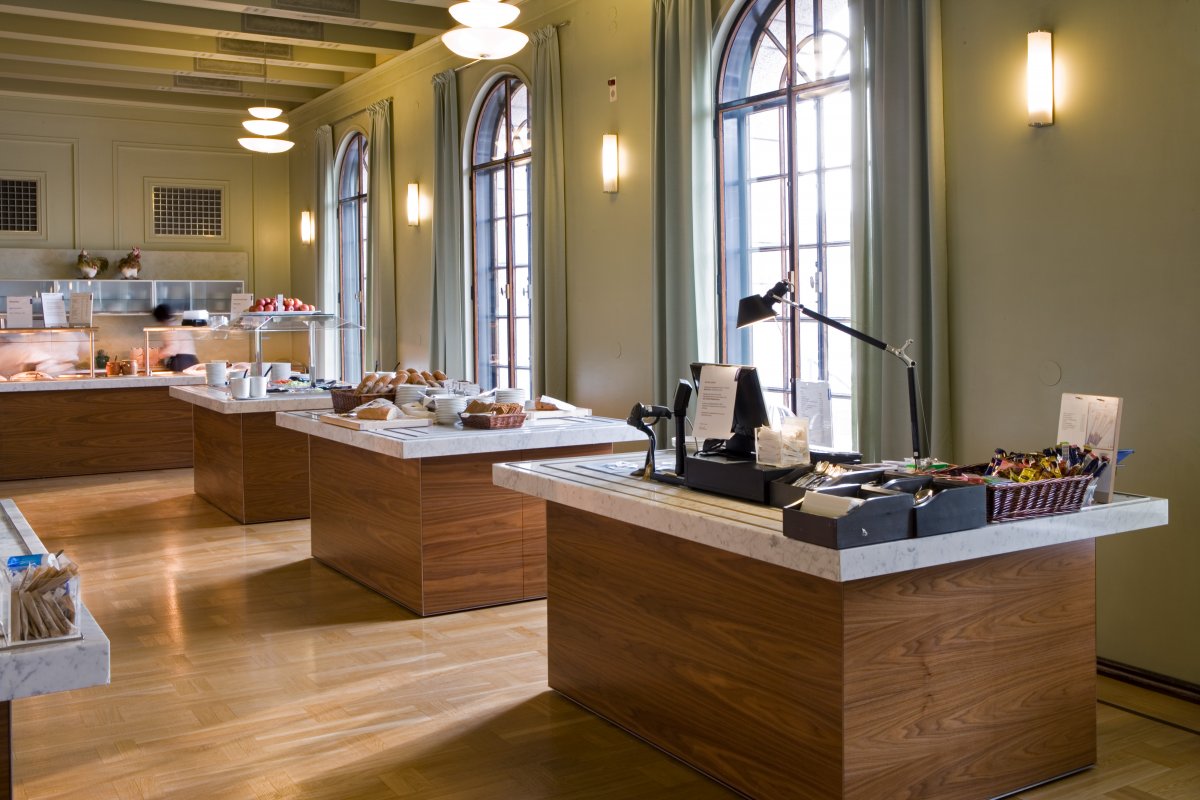