Annexe of the Finnish parliament building

Minister of Finance Sauli Niinistö’s comment on the winning proposal in the architecture competition for the extension of the Finnish Parliament House, Ilta-Sanomat 17th June 1999

By means of its design and materials, the extension combines the detached urban elements of its surroundings into a coherent unity. Layout editor Carl Henning of the Helsingin Sanomat newspaper wrote in his column (HS 14th November 2003): I am standing on the side of Mannerheimintie street, in front of the Paasikivi monument, in a dark, drizzly November night. My gaze shifts from the so called Hankkija building through the brightly lit site of the new Annexe of the Parliament House to the Parliament House itself and on to Kiasma… it is a handsome square that is forming here. Coherent, in the style of our millennium… The Parliament House is finally becoming a part of the city. It no longer seems to jut out detached like Ceauşescu’s ghost palace, with a dishevelled railway yard as its only pedestal.

The building is small in comparison with its large programme, and the most presentable spaces are located underground. I must confess that one does not notice the undergroundness. Daylight pours in from the conical glass wall rising high up, lending the room a fantastically spacious feel, and above, through the roof, one can see the sun, the moon and the stars, says Antti Nuortio (Glorian Antiikki 1/2006). The indoor claddings are dominated by Finnish wood and natural stones. The black poplars that had to be felled from the site continue to exist on the walls of the underground function room.

The construction of the building was preceded by an open international architectural competition arranged in 1998–99. The site was occupied by a one-storey restaurant built in the early 1970s and a stand of black poplars and other vegetation. The result of the competition was generally considered successful, but the project also aroused vehement debate, even in the editorial of the Helsingin Sanomat newspaper (17th June 1999), which regretted the destruction of the chill-out place of the area. As construction proceeded, opposing voices gradually attenuated.

The environment dictated strict terms to design. The acute triangle form of the site was defined by the surrounding streets and the rock cutting once excavated for a railway line. The nearby buildings were independent monuments with no connecting elements. The height of the new building was stipulated in the detail plan, and its mass was not allowed to challenge the Parliament House. The programme included e.g. about three hundred offices, a restaurant and meeting rooms. Our solution was to divide the building into sections and build underground storeys, which receive daylight through a 30-metre-high glass-roofed atrium that widens upward. The underground storeys house a restaurant, meeting rooms and a 90-metre-long passage to the Parliament House.

The facades of the triangular above-ground volume are clad with dark hand-struck brick, which combines the new building with the neighbouring Hankkija building. The other, curving volume has a double-skin glass facade bordered by reddish granite walls. The curving form refers to the Chamber and the 1970s extension of the Parliament House, while the selected stone refers to its facades. All office rooms receive daylight. Through the glass facade, citizens can observe the work of their representatives. There is a public space with café on the ground floor.

Thanks to the petite above-ground volume, the site allows an area larger than before to serve as a park open to all, better accessible now that the ground level has been raised to match the surrounding streets.

British architecture critic Jonathan Glancey visited the building in 2005 and described his impressions as follows: The MPs’ entrance, at pavement level under a chaste brick colonnade facing the wide thoroughfare of Mannerheimintie, is deliberately low and truly modest. But when you step into the soaring atrium at the heart of the building, the scale of its ambition, and its sheer ingenuity, reveal themselves. Here is a structure with the power to surprise and lift the spirits. Its interior glows with daylight, even when the city is blanketed under snow and the days are as short as a vodka glass. (The eyes have it, The Guardian 7.2.2005.)

In May 2017, a solar power plant was installed on the roof of the building. 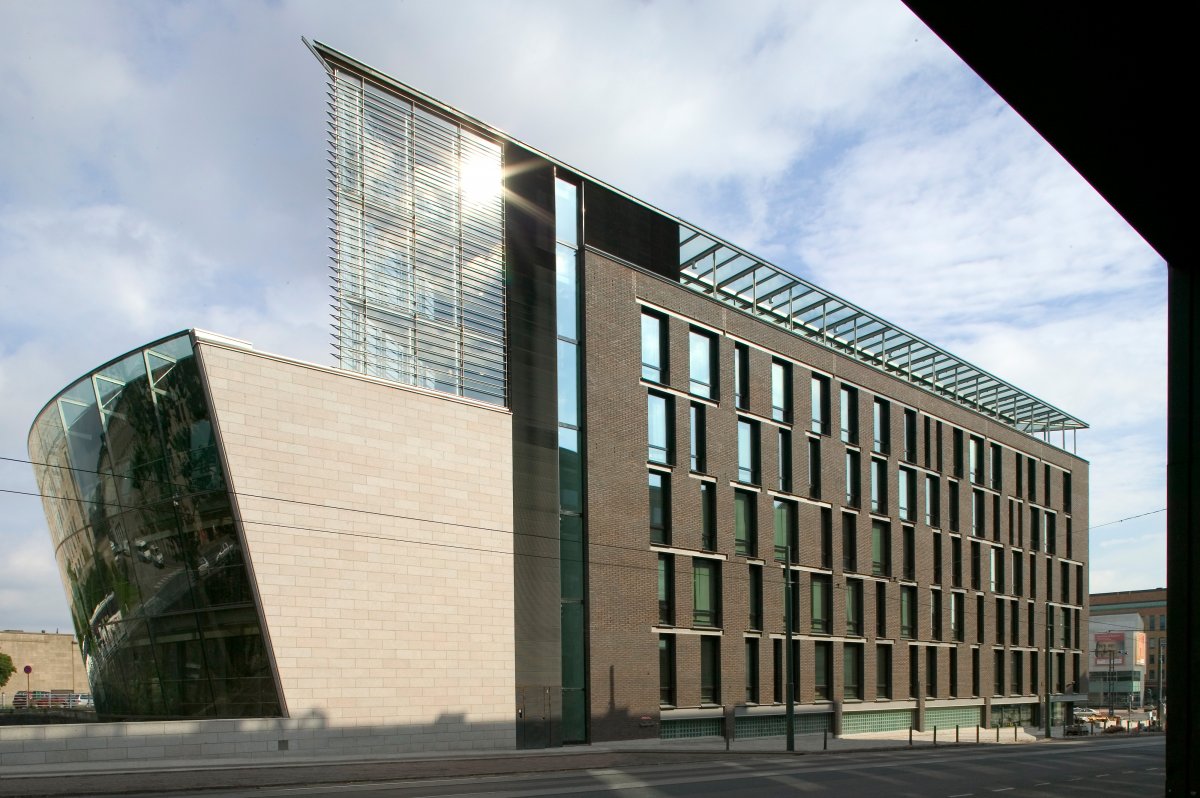 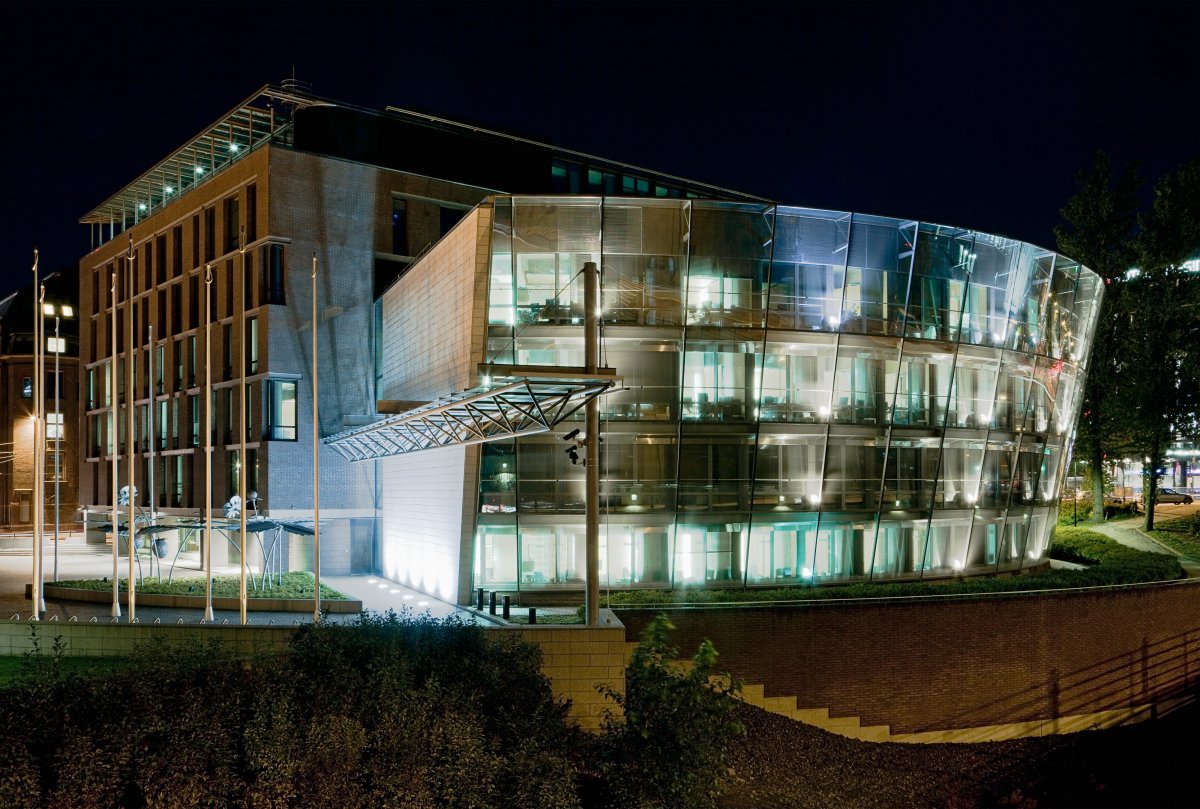 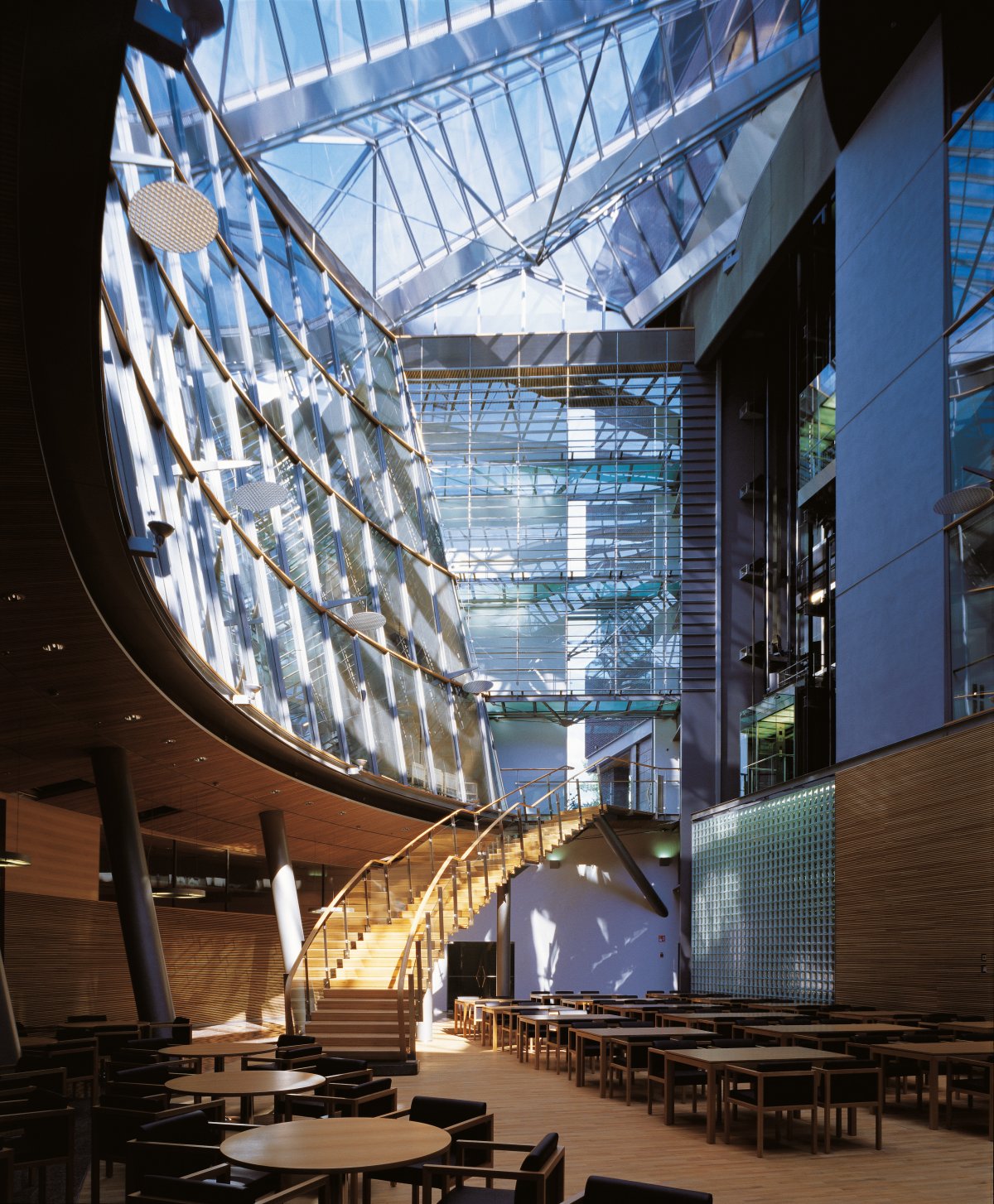 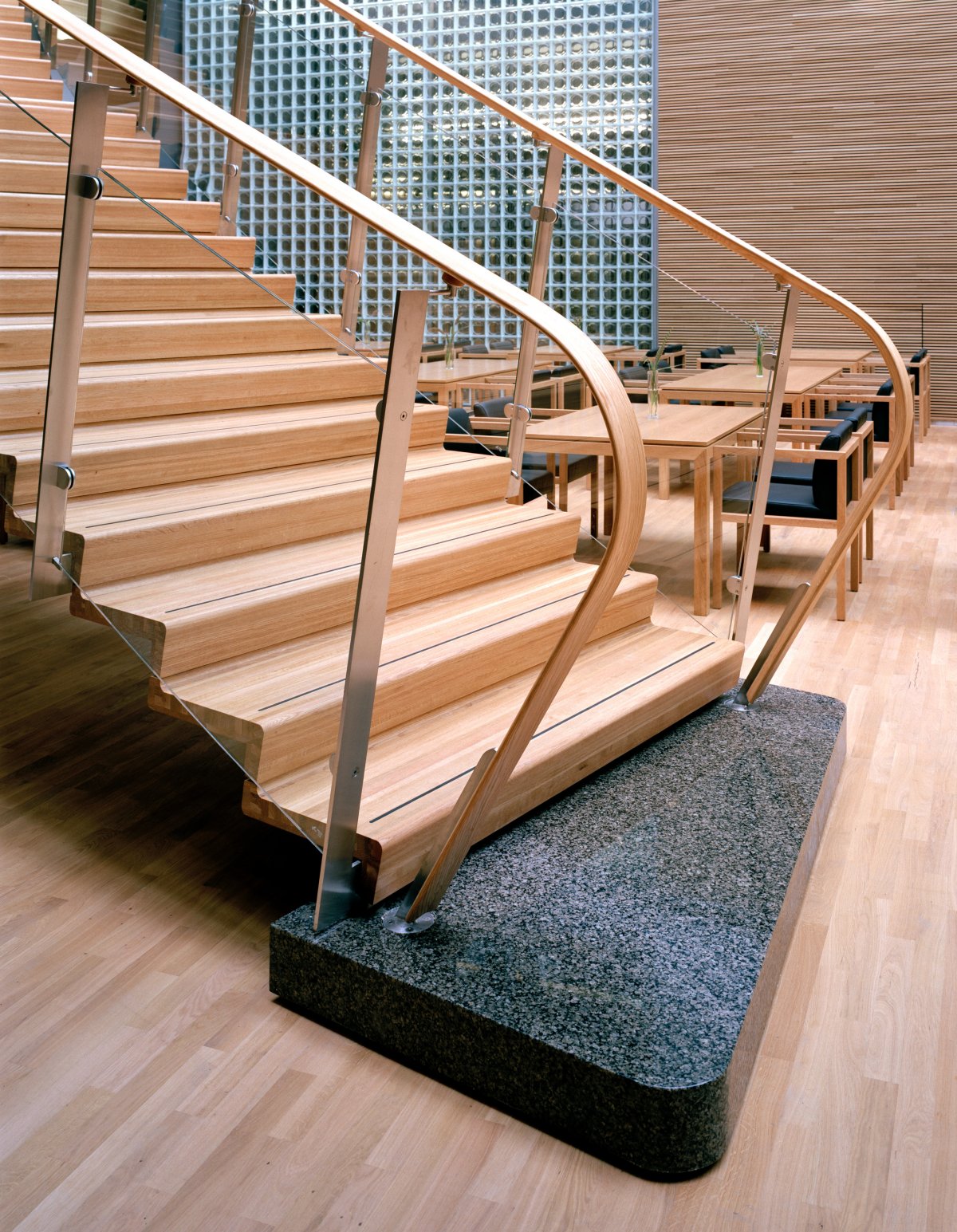 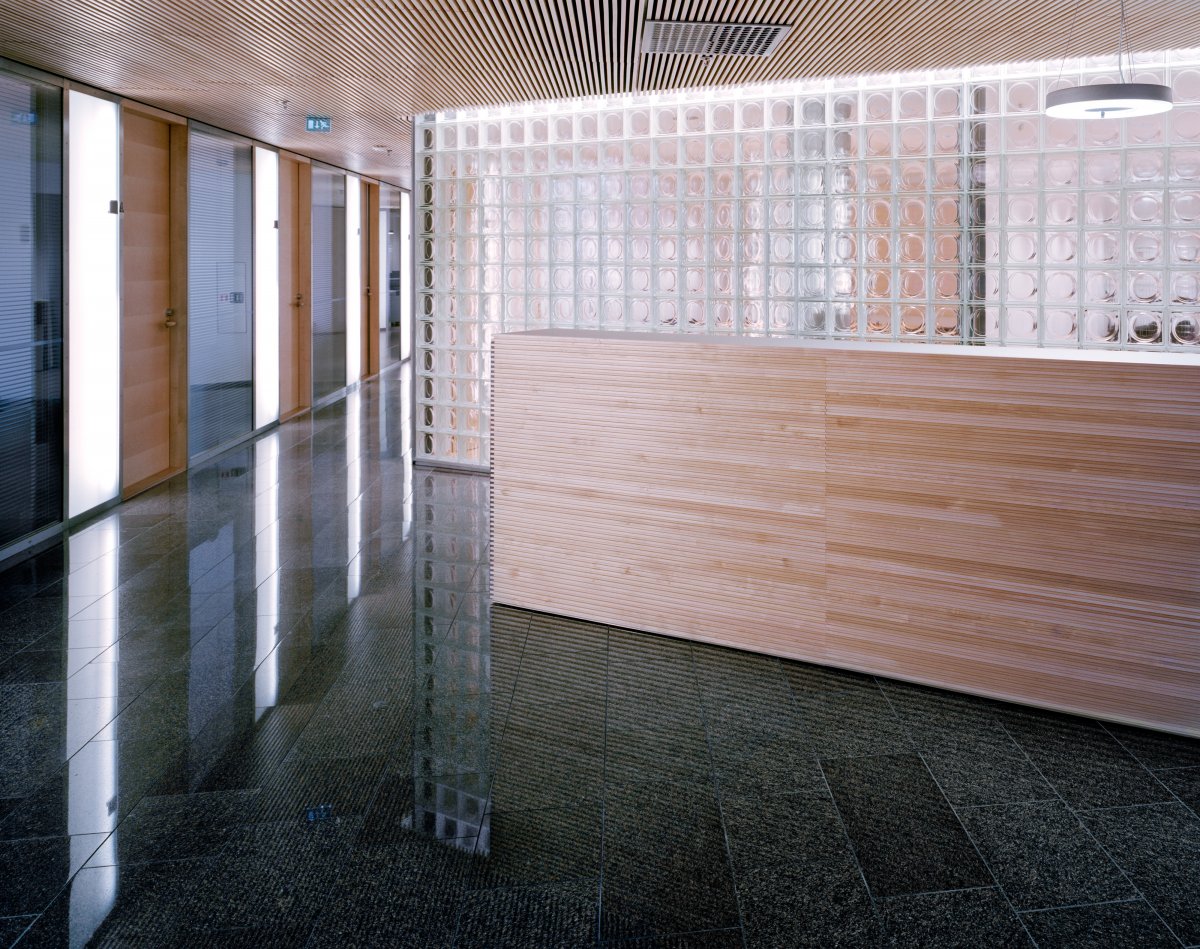 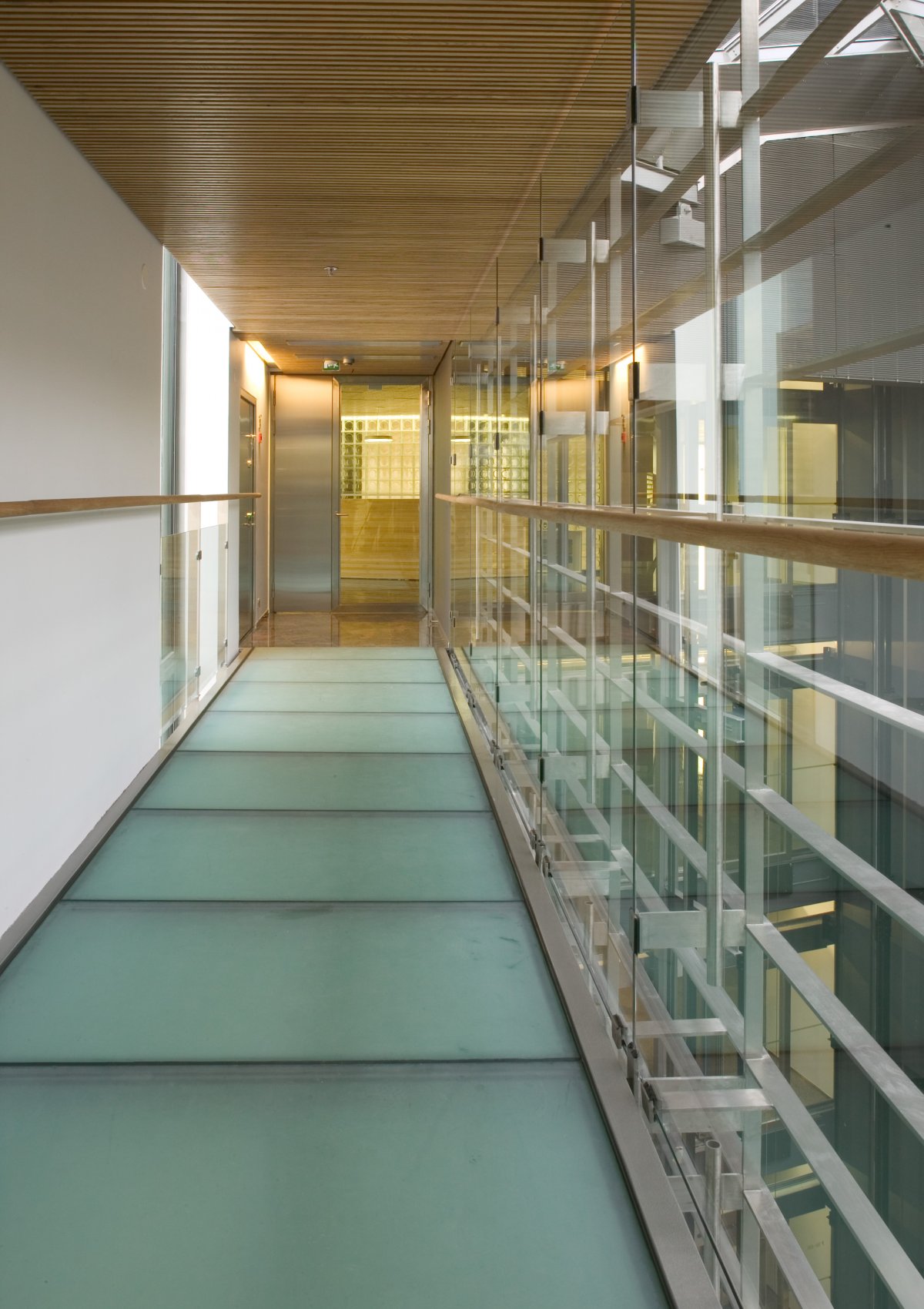 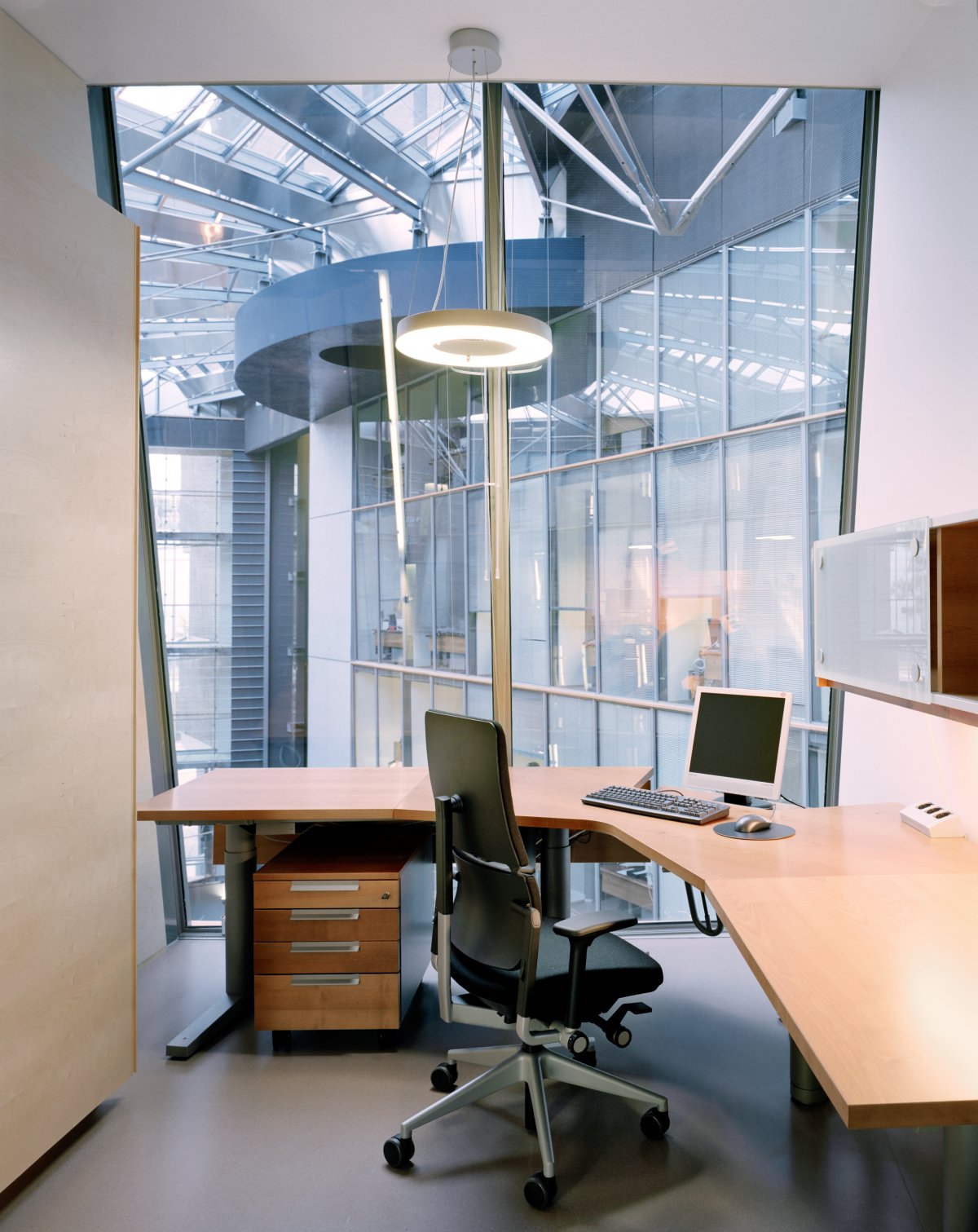 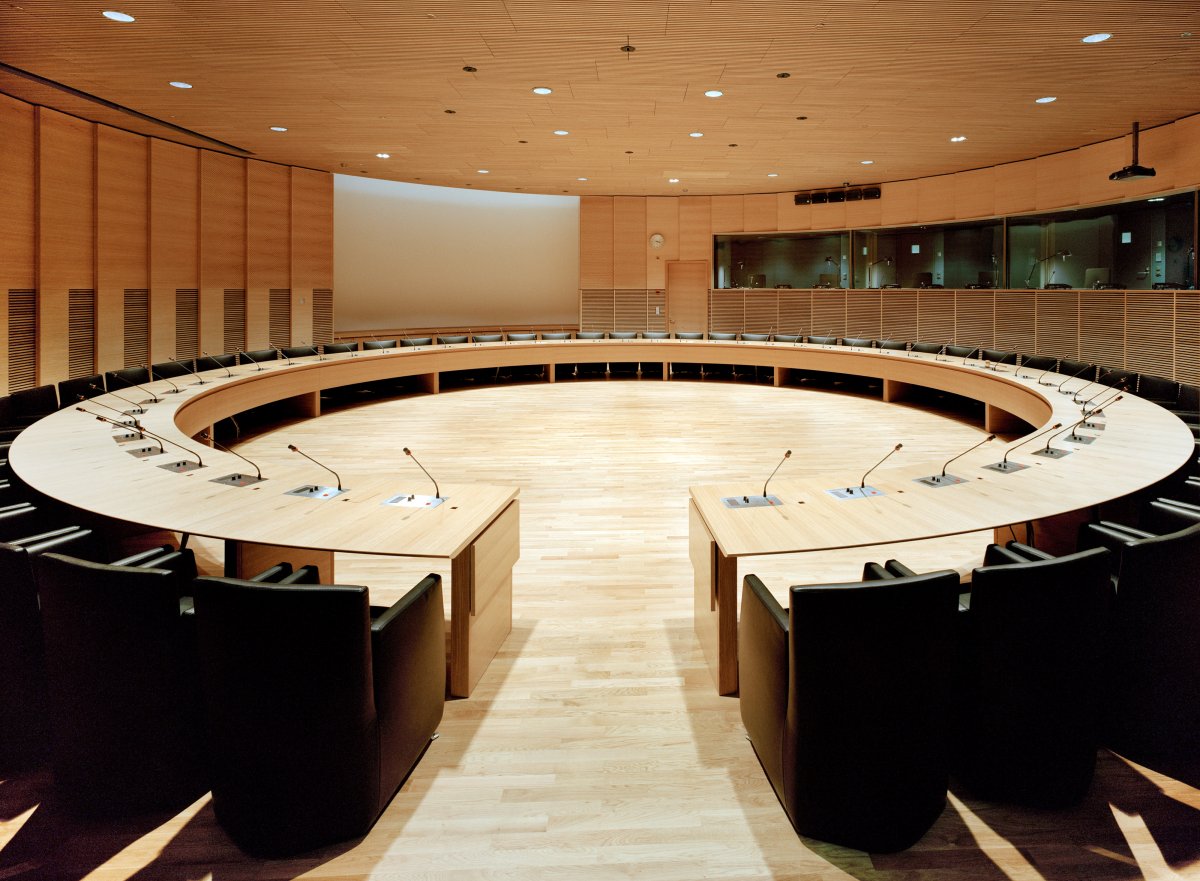